Two records today. Trying to even out my lack of productivity (btw, if you want to write for this blog, drop me a pm) with more shit. First up is the latest full length from death-grind weirdos Brutal Truth, "Evolution Through Revolution". I got this from Mr. Erik Burke when I saw Sulaco a little while ago for the staggeringly awesome price of $5.00. Sweetest deal. This is a 2010 repress on transparent green vinyl, limited to 500, released by the mighty Relapse Records. 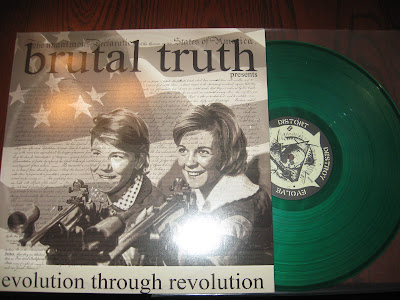 Admittedly, I'm not the biggest Brutal Truth fan. I like em, but I'm not in love with them. This record is pretty damn cool though. This is their first full length with Erik Burke (Lethargy, Kalibas, Sulaco) on guitar and he brings some very interesting technical grind riffing to the table. Kevin Sharp sounds crazy, Dan's bass is deliciously distorted, Rich Hoak is a maniac on the drums, (strangely synthetic sounding drums however) as always. 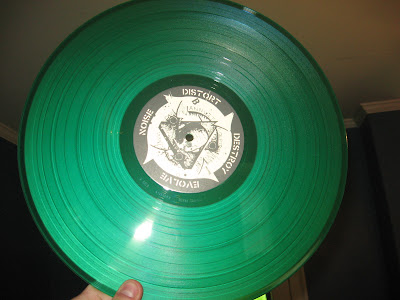 One thing I'll say is that the pressing of this sounds like complete shit. The high end is ridiculous, the high-hat and cymbals are so ahead in the mix, the guitars aren't as powerful as they should be, it's just a mess. I pretty sure this is due to how much music they tried to fit on each side. Not counting the two bonus tracks included on this release, this was already a 40+ minute album. That means that they would have had to fit about 20 minutes of music on a side. A 33 1/3 RPM record can only handle about 18 minutes before sound quality starts to suffer. Definitely the crappiest sounding Relapse vinyl I've heard. 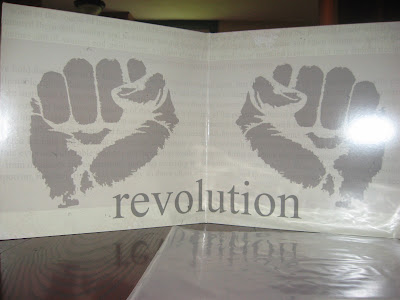 I dig the packaging on this though. I love the gatefold, it's simple, but pleasing to the eye. Not so hot on the different cover art they chose to use for the repress. It also comes with a fully colored 2-sided insert with lyrics. 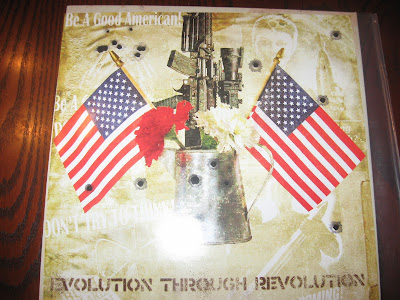 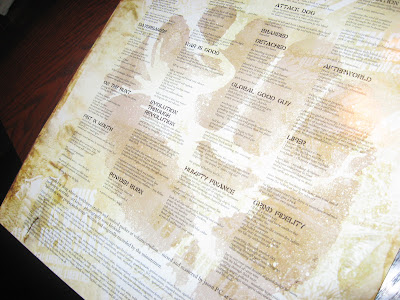 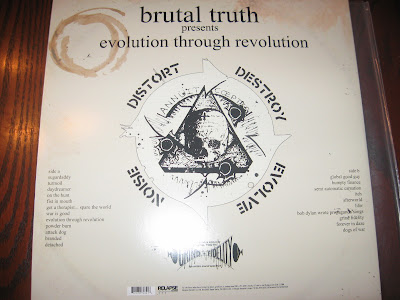 Not the best, but that's mainly due to the shitty pressing. Oh well. Next up is the mighty Agathocles, the masters of Mince. This is the 2003 repress of their "Razor Sharp Daggers" full-length, originally released in 1995. Black vinyl, released by SOA records. 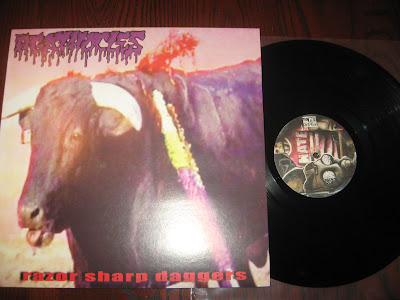 By my calculations, Agathocles have had about 1,000,345,678 releases during they're existence. Retardedly prolific. That being said, most of their out-put is pretty damn good. There's always a cool riff or several, the songs are well crafted, the production may be shit, but with this kind of output you can't expect them to hit a legit studio every time. This pressing sounds decently raw. The snare has a very loud pop, the guitars and bass have a great crunch, it's a good sounding album. 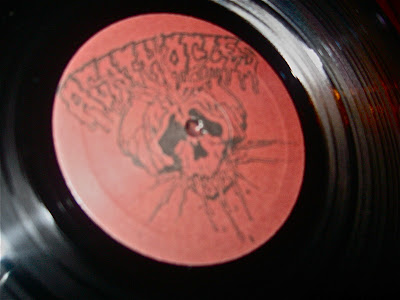 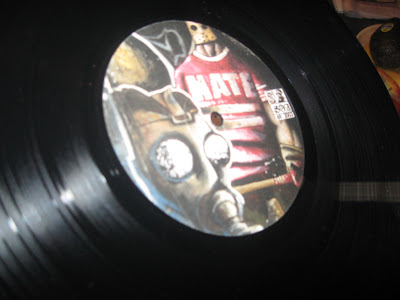 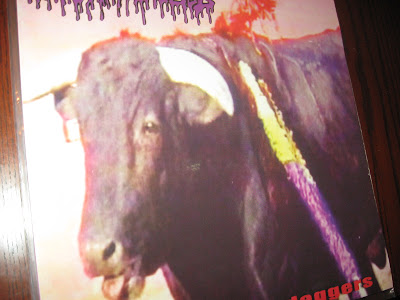 The original cover was a tiger getting it's throat cut. This release shows a bull being stabbed at a bull fighting game I believe. Pretty sad stuff. The quality of the images leaves a lot to be desired though. The picture is all grainy and pixilated, as well as the Agathocles logo. Piss poor job. 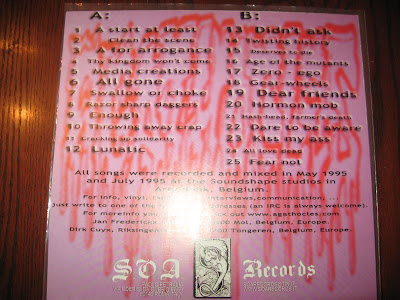 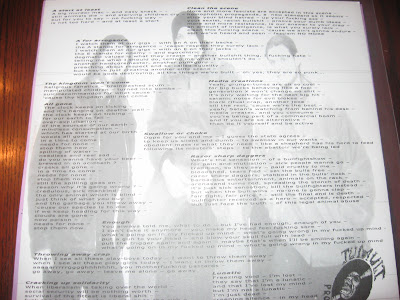 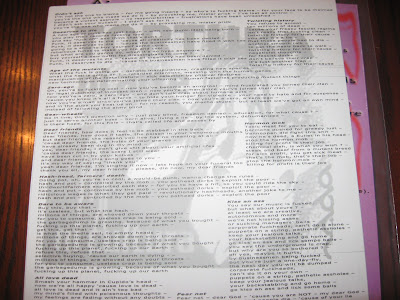 Comes with a good, sturdy printed inner sleeve with lyrics. Hail the Mince.
Posted by VII at 3:06 PM