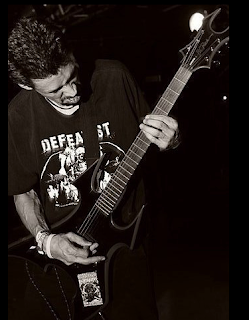 Noisear are gonna be hot shit in the American grindcore scene real soon, I'm calling it right now! Hailing from New Mexico, their technical, discordancy, mind-fuck grind is both heavy and cerebral. In a nutshell, they make good grind. So good that Relapse Records snatched them up and released their latest full-length "Subvert the Dominant Paradigm", and it sounds like we'll be getting another one real soon. This interview was conducted over email with guitarist Dorian Rainwater.


Built to Blast: First off, congratulations on Noisear's signing to Relapse Records! How has that relationship been going?


Dorian: Thank you! Relapse is a great label. They help us with promotion, merch and even some booking. They have a large crew of hard working individuals who are also very friendly and down to earth. They back all their bands 100% and are like family.

BTB: Noisear have been grinding since the late 90's, how do you think the band has changed over the years?

Dorian: Like any band over ten years old we have had ups and downs through the years, but one thing we have always maintained is our mutual obsession for creating grind!

BTB: Noisear are definitely not your standard sounding grindcore band, where do your influences come from when it comes to writing music?
Dorian: Too many to name, haha. Napalm Death, Terrorizer, Assuck, Discordance Axis, Human Remains, Lethargy, 324 and many others.

BTB: Getting to your latest album, "Subvert The Dominant Paradigm". How do you think this album differs from your previous releases, if at all?
Dorian: "Subvert" is a multitude of different styles for us being that we mixed alot of different styles,speeds and arrangements we have not done on prior releases.

BTB: I read somewhere that all the songs on "Subvert..." were written in a day. Is that true? 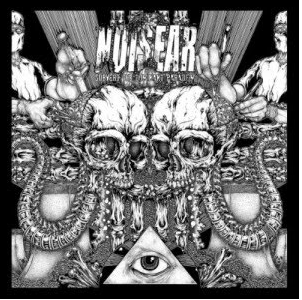 Dorian: Yes its true. We had 4 songs written and wrote 25 in the studio. Technically it was 2 days because the vocals were layed down the next day.

BTB: Now that stuttering/staccato break in the song "Global Warming", that's total Human Remains worship, right?
Dorian: Those are volume swells, and yeah we love Human Remains to no end.

BTB: I also heard that you guys are already writing songs for another full length?
Dorian: We recorded 20 songs with our original guitarist Thomas Romero last weekend. We also added Dalton Tuerck on vocals. Dalton also wrote guitars on a few songs. We are very stoked about the album and can't wait for everyone to hear it!

BTB: Your drummer Bryan Fajardo has become a powerhouse in the American grindcore scene, playing with everyone from Kill the Client to Phobia. With all the bands he's involved with is it sometimes difficult to get together and concentrate on Noisear?
Dorian: No not at all. We live in the same city, KTC jams in the same room at the rehearsal studio and I do studio guitars with Phobia so its all pretty relative. 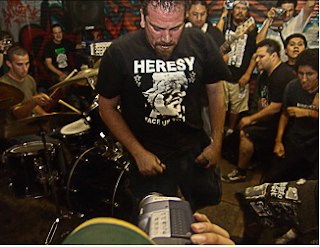 BTB: I haven't heard much about the New Mexico scene. Is there a grind scene where you're from?
Dorian: Bryan and I live in Dallas (Texas) now. From what I hear there is a lot more death metal than grind in NM now.

Dorian: Thanks for the interview! Less fa$cion more thrashin!!!
Posted by VII at 4:38 PM