Well, here we are half way through 2015, and honestly I have to say it's been a pretty bum year. More often then not I haven't been blown away by a whole lot of the new music coming out, outside of some very big exceptions. I'm hoping the grueling misery of the colder months will be the catalyst for much more impactful jams. One of the big exceptions previously mentioned is this lil 'ol debut LP from the vicious Newcastle, England noise rock band Foot Hair. Released on Box Records. I had no previous knowledge of Foot Hairs 4+ years of existence before this record actually. The promo sticker described it as a necessity for lovers of scummy noise rock and punk bands like Brainbombs, Flipper or Upsidedown Cross. That was enough to tell me I had to see what this group was all about. This record is apparently only limited to 250 copies, on 180g. black vinyl. 33 RPM. 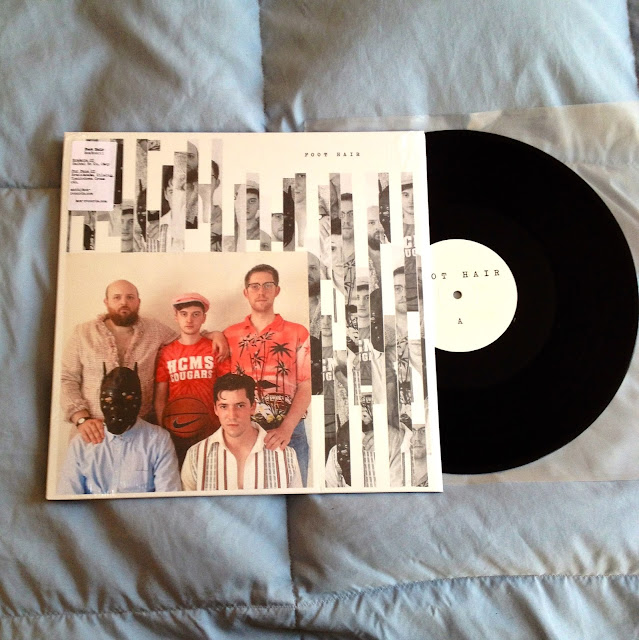 Diving into their back catalog a little I can definitely they broke out with their best work yet. Foot Hair and go completely hard as a motherfucker on this slab. Completely in debt to the distorted, repetitive, and just general twisted sounds of more "unsafe" noise rock bands of the 80's and 90's. Upsidedown Cross being the band FH seem to take the most influence, musically and vocally. In a very rare case, the hype sticker's references of influences are actually pretty spot on. Taking the hypnotic and brutally stripped down songwriting of Brainbombs, and contemporary acts like Rectal Hygienics to heart. But also bringing in a loud, bass heavy, cleaner production style. A bit of a risky move with this kind of style, but Foot Hair make it work beautifully. 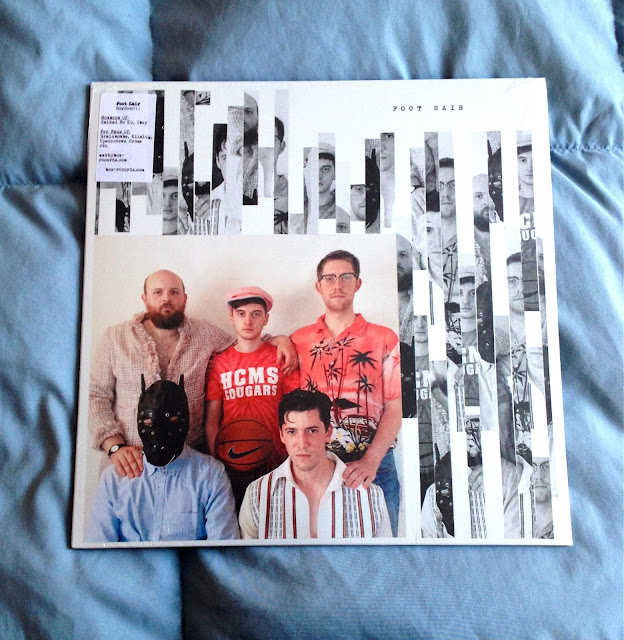 Foot Hair are a band that rely on the sheer power of the riff. Write a great, solid, catchy riff (or two, chorus's are important), and ride that sucker into the concrete. Tracks like the opener "King Of Scum", "Outlander", and "Cool Runnings" are delicious earworm tracks, totally catchy and stomping. Throwing in some very Jesus Lizard-esque guitar leads too to give the songs a little more variety. It all has this real sleazy and unhinged attitude. Like the soundtrack for a "From Dusk Till Dawn" style biker gang. The true highlight for me personally though, is the vocals. What a chaotic, mean, sloppy and indecipherable vocal performance. Words are spewed out in some sort of order, though hell if I know what's actually being said. I think he says something about "joining him in his pit", in the opener. I can only imagine the stench it must hold. Imagine if a band gave the microphone to the drunkest, angriest Englishman in the audience, and you'd be pretty on point. 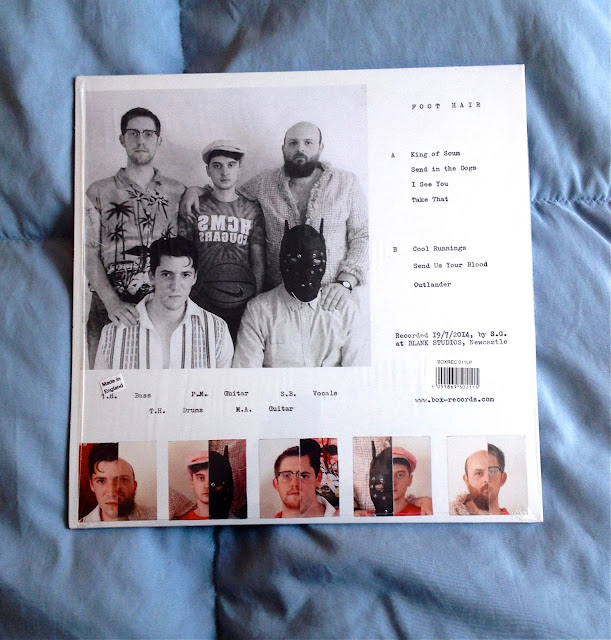 Great band photo too. I think this cover art rules. 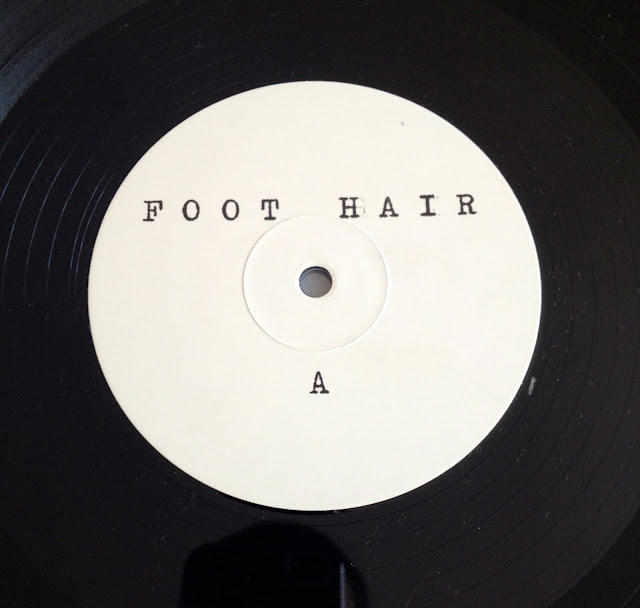 I highly suggest checking this album out, though it definitely isn't for everyone. Those 250 records probably won't last long.