I think it was SPHC themselves that said something to the effect of; "if any band could bring world peace, it would be Sete Star Sept", and it's kind of hard to argue with such a wholesome claim. Whenever 7S7 comes into town there's a sort of kinetic excitement that fills the air. The unifying excitement that one of the grind worlds most beloved bands (and probably most popular noisecore band, period...ever) is about to unleash a whole new level of racket. And a chance to pick up numerous new splits and limited tapes from their merch table . I had the joy of seeing them for the second time this summer at the LA Onefest, and their performance was definitely worth the long, long wait (after numerous set-time changes and configurations). As usual, 7S7 have had an incredible amount of split releases come out this year (the split 12"s with Godstomper and 7 Minutes of Nausea are some highlights). However, SPHC has also released a new studio album! I'm pretty sure it's their first since "Visceral Taverns". "Beast World" was released in a first run of 500 copies, all black vinyl, 33 RPM. 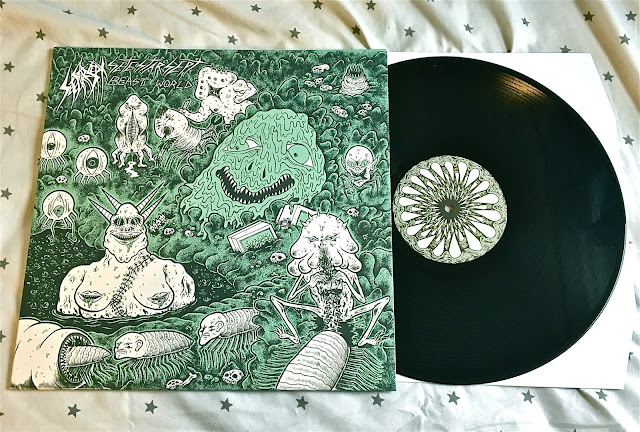 The A-side of "Beast World" plays and sounds like the tried and true Sete Star Sept that I know and love. 23 songs in about half the minutes, recorded in Baltimore by an SPHC affiliate. Brutal, frantic free grindcore, and some of their best material to date. Kiyasu's and Kae are both on the top of their game here. Like "Visceral Tavern", they give us more of that we're familiar with, but everything here just sounds a bit stronger. There's quite a bit of spots on the A-side where you could swear that these individual song blasts were composed, which only makes their talents as improvisers really shine. The occasional "real riff" or build-up helps give this a more fluid motion instead of just being a cascade of impenetrable noise. It's an incredibly strong first half.
But man, oh man, does this shit really get taken to a new level on the B-side. This B-side may be my favorite thing that 7S7 has done ever. Kae and Kiyasu switch duties, and what explodes after an innocent little ring of chimes, is amazing. Shitcore, free drumming and shouted English profanity, it's just so incredibly fun and perfect. Some of my personal highlights on here, "Bitch Ass Motherfucker", "Fuck Face", "Shit Head", actually no, this whole side is a highlight. You really do have to buy this record to hear how incredible it is for yourself. When I got this, me and my band listened to the CD 3 times in a row when we were driving. I was lucky enough to see them perform with Kae on drums and Kiyasu on vocals at the LA Onefest too, and I felt incredibly fortunate to witness it. 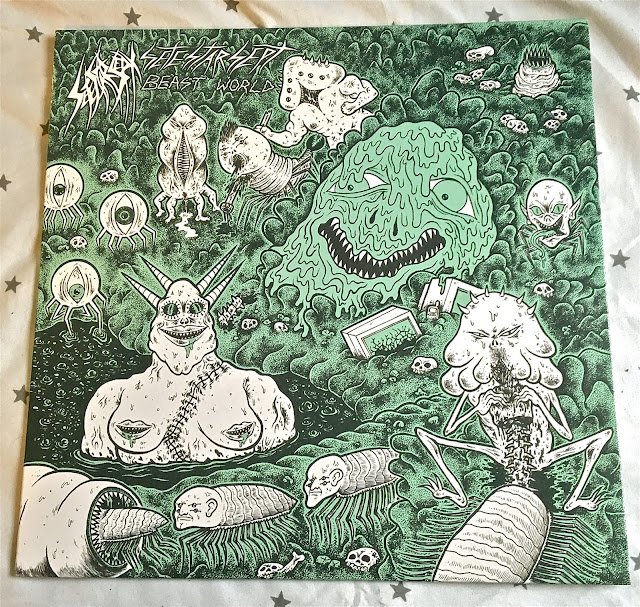 Once again, Sete Star Sept do not disappoint with the album cover. They've always managed to have great artwork that perfectly represents their recordings. The cartoony, over the topness of "Beast World" is such a joy to look at. It has a weird "Adventure Time" look, which I also appreciate (I've been binging on it lately). SPHC packaged this record in an impressively strong jacket, with full-color, glossy artwork. They always give this band a great package. No lyric sheet, obviously, and no other information is given besides what's on the back. Edit: recently Dan/SPHC and I got in touch, and he sent me (among other things) the beautiful insert that was not ready at the time of SSS's 2016 West Coast USA tour. Here it is now! 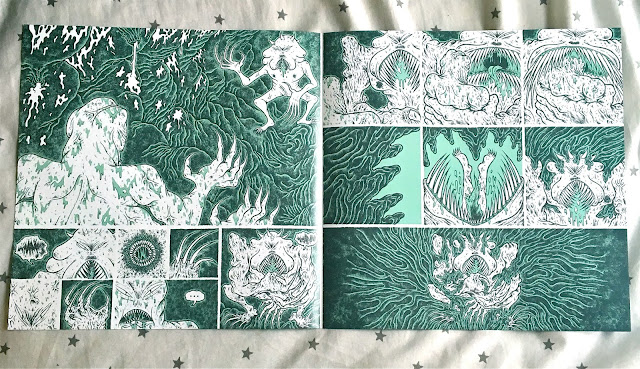 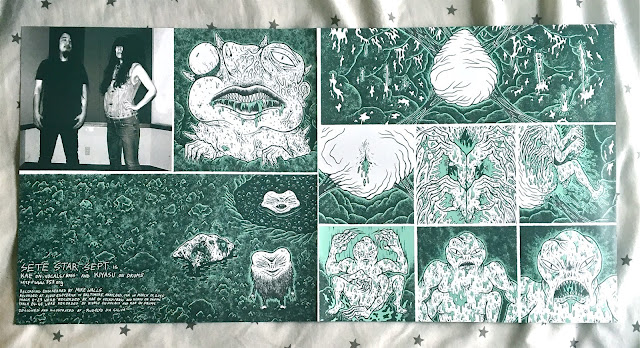 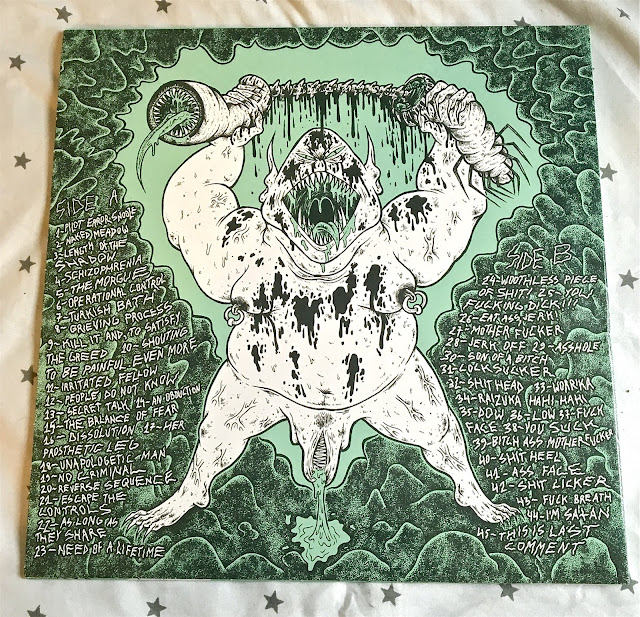 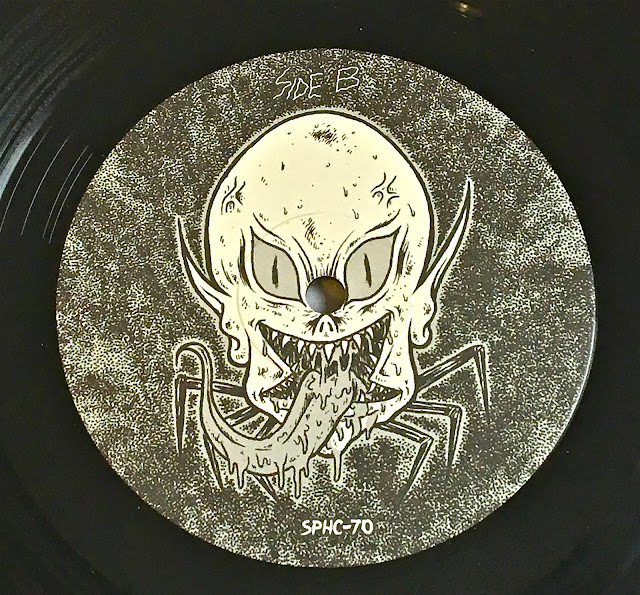 I highly recommend picking this up, one of my favorite records of the year. Buy it HERE!