Two American fastcore bands unleashed full lengths on to the world last year. Both of them have an output that I consider to be something special. One more modern (I'll get to them in April), and the other a band of veterans. The Almighty Hummingbird of Death gave us their 3rd full length LP, "Forbidden Techniques", released by To Live A Lie records in a run of 500 copies. 100 on this orange vinyl color. 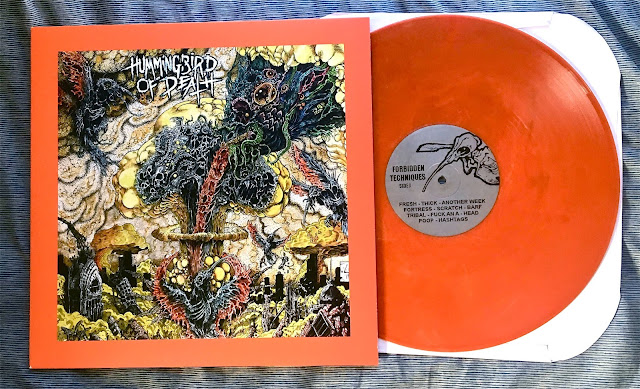 The 'Bird was actually the first band I've ever made a conscious effort to collect all their records. I fell off over the past couple years since my online buying days are past me, but getting this record was essential. HoD are always a band that push themselves and seems to strive to make every record they do stand apart from each other. Every one maintaining the signature style and grace of the band: from the 5" EP classic, "Goatmeal", to the 13+ minute long track on the Downsided split. "Forbidden Techniques" is the band at their peak right now, they've made what I consider to be their best record so far. 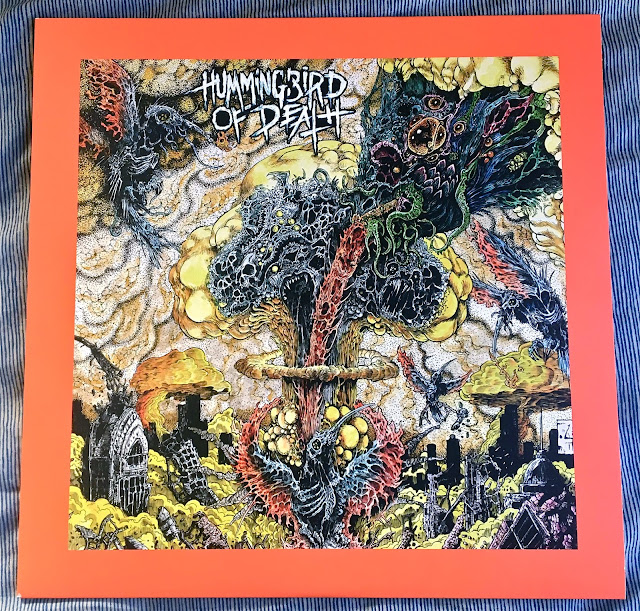 Everything about this record is just the best; it's the best recording the band has ever had. The drums sound full and punchy, same with the guitar and bass tones. The performances, the compositions, pshtt forgetaboutit. Not a dud in the whole line-up here, everything sounds so inspired and finely tuned. But not in a proggy, annoying way, they've just crafted amazing songs. Tons of fun little moments, like the solid decreasing tempo on the outro to the first song, "Fresh Hell". Which goes immediately into one of the most hard hitting tracks on the album, "Thicken". I can't not help but trash a few fists in the air every time that song kicks in. Or the fantastic gang shouts on "Fuck An Apology", one of my favorite tracks on the album and surely a future anthem for the band. 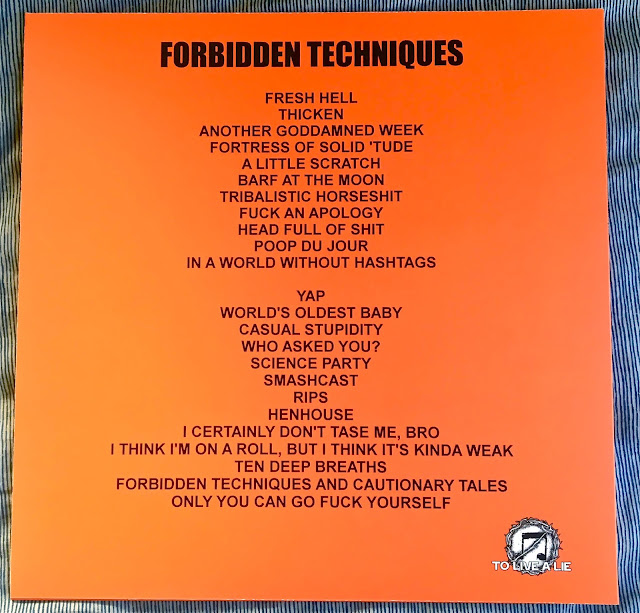 Always a band to have topical lyrics, "Forbidden Techniques" is not without it's fair share of social commentary. From our obsession with technology, the current political climate, to social media, the 'Bird have a lot on their minds. But still keeping a general fun attitude, more like poking and prodding instead of just preaching. 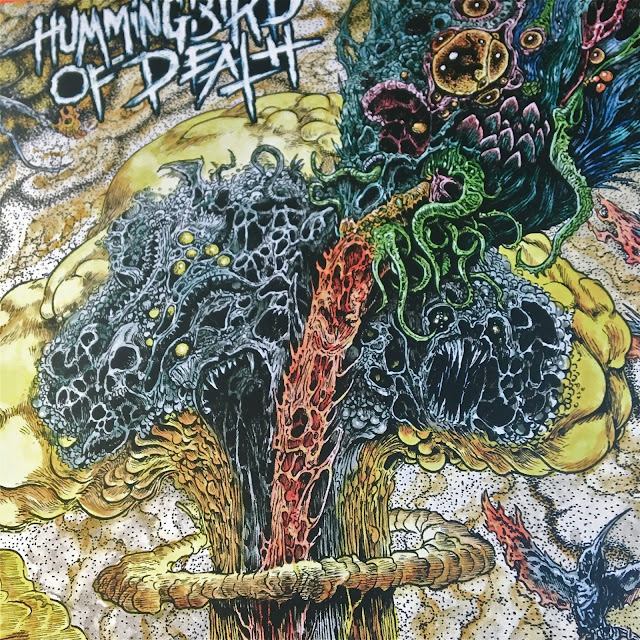 And the ARTWORK! Man, this is some of the coolest artwork I've seen on a grindy/fastcore album in a while. I love everything about this, the colors, the detail, it's glorious. Huge shout out to Lucan Korte for this masterpiece. 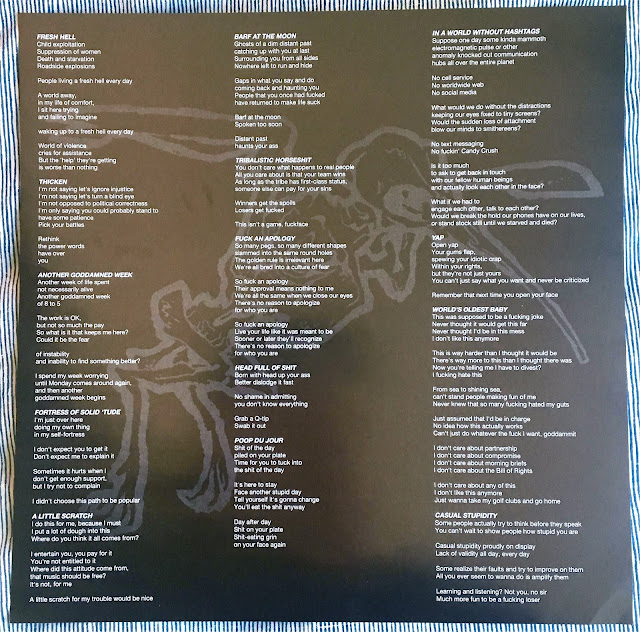 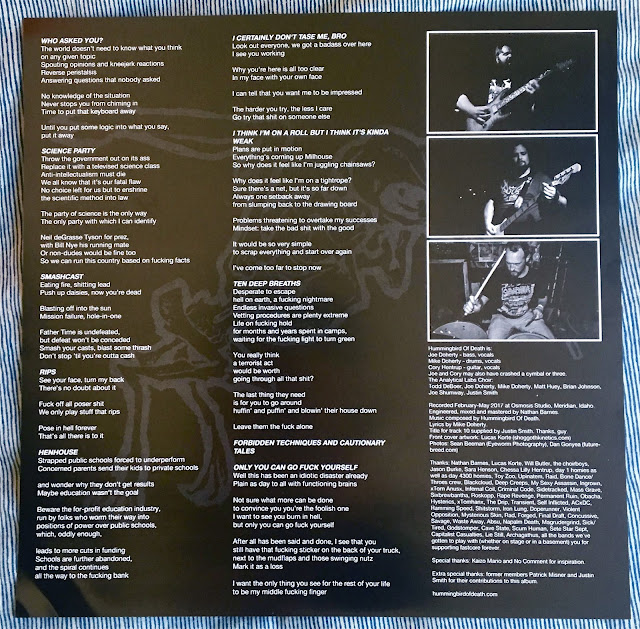 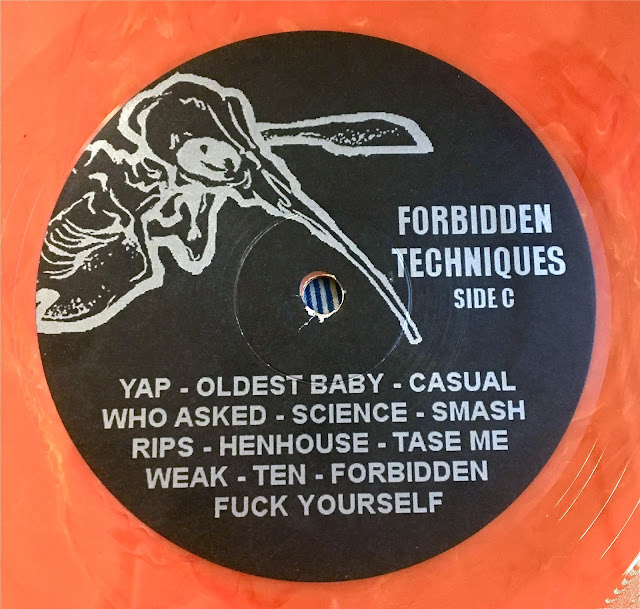 This release is still available, you absolutely need this in your life. Now a surprise kitty photobomb! 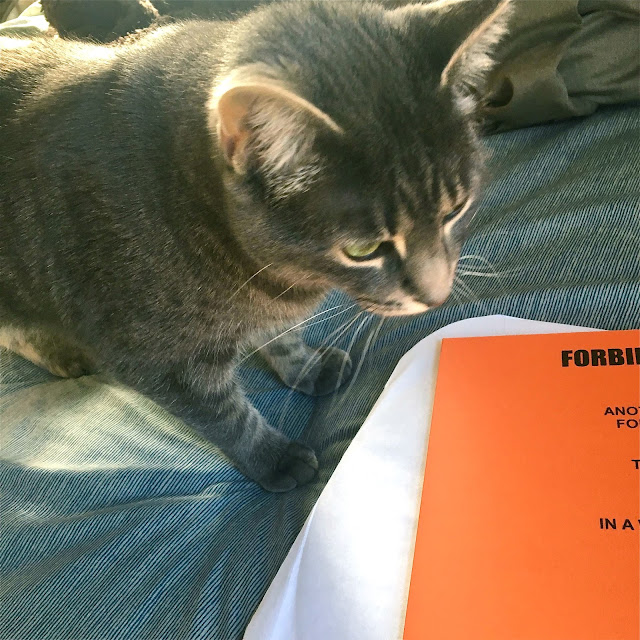