I feel like I keep saying this, but I was very excited for this split to come out and to finally get a hold of it. I missed out on the pre-vinyl cassette release, which would be sick to have since I kinda listen to tapes more than records these days. However, this 7" record is definitely a very much coveted purchase. I actually bought two copies of this record because I thought the first copy I bought got lost in the mail. Here's the Haggus/Acid Feast split, released by Suicide of A Species, Fuck Your Life Records, Grindfather Productions, and Bloody Scythe Records. This tri-color pressing is limited to 66 copies. 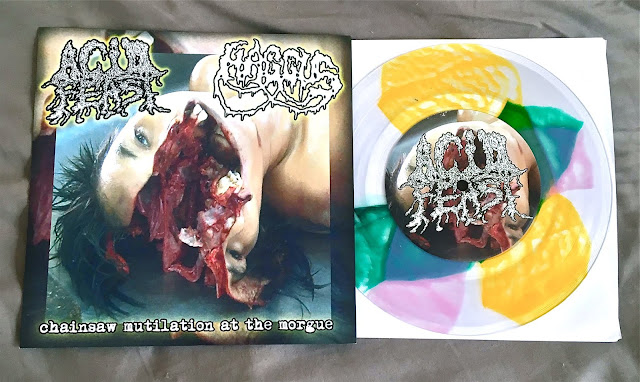 I was so excited to hear the Acid Feast side, and it was very well worth the wait. Acid Feast is straight up awesome, I don't think they have a dud release in their whole catalog, this split included. Four new songs and an groovy Ulcerous Phlegm cover to close it out. As usual, the recording is as gnarly as the stench from the putrefying insides of a crypt. Powerful, fast blast beats and crushing riffs with a smart use of groove, and catchy mincecore breaks. The songwriting is just top notch, "Parasitic Infestation (In The Coffin)" for example is just one amazing riff after another, just stomping your brains out. A real stand out track. It's just a pretty dang perfect slab of ugly, gross grind, I love this shit to death. However, very sadly Acid Feast broke up almost a year ago. Word is they have one more posthumous release coming out, fingers crossed! Jim, their guitarist plays drums for a ripping band called Disease now. 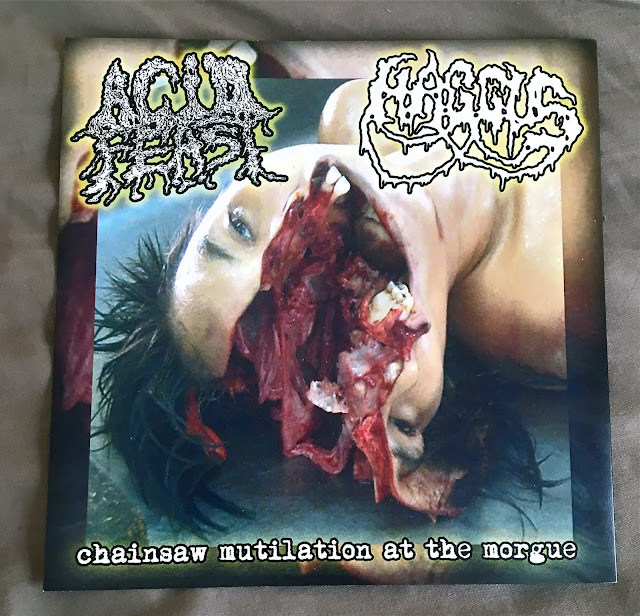 This is some of the riffiest Haggus material I've ever heard, with two lengthy tracks filling in their whole half of the record. I don't listen to crust punk at all, but I'm just gonna say that the first track, "Picnic At The Morgue"sometimes sounds like Wolfbrigade. But it has these horror/surf/death metal riffs in the first big verse. Kinda reminds me of Ghoul. It's a fun song I gotta say. Kinda silly, but I'd totally dance to this live. The closer, "Marinating In Coagulated Pus" is more of mincecore stomper, with lots of stops, and a totally rabid closer. Twin guitar leads are included. Awesome stuff, lots of variety and a jump-kick energy. 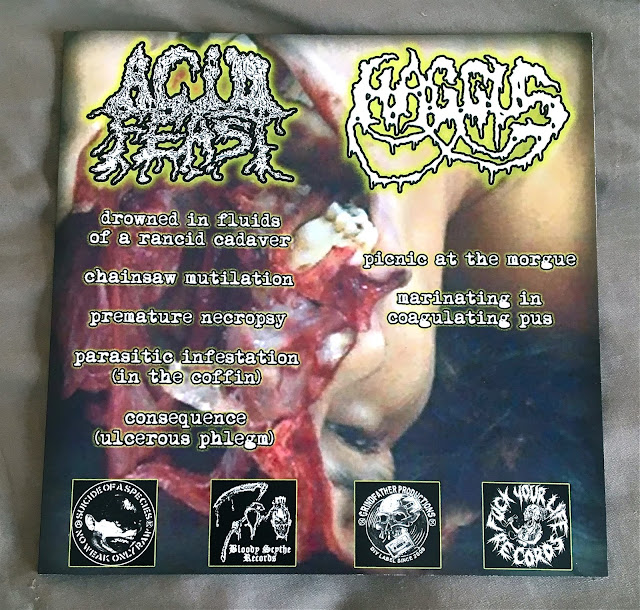 The front cover is pretty gnarly. 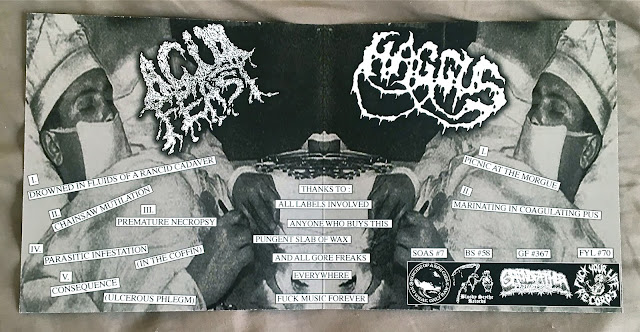 I was SO happy I found the tri-colored split. It's a thing of beauty, I'm very impressed with how they look. 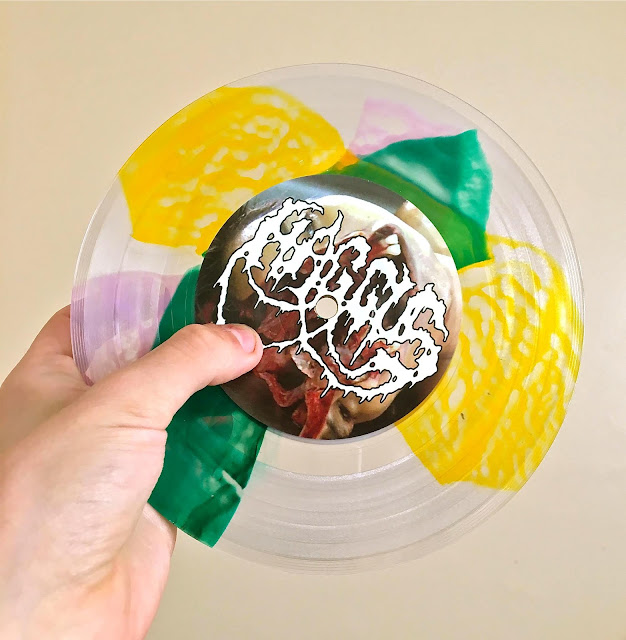 HIGHLY RECOMMENDE SPLIT! All the distro's I linked above should have this is stock. Please buy it.