I've been on a real kick with everything involving the SKULL lately. It's no secret that I absolutely love Bastard Noise and Man Is The Bastard, in fact, I say that the later is one of the greatest bands ever. They were a band like no other, and we're a monumental force in hardcore music's progression and creativity, that I don't think has been matched yet. Today this arrived in my mail box; an OG copy of "Thoughtless" on white vinyl, 33 RPM, all inserts intact and included.

There are many reasons why it could be argued that besides being a monumental powerviolence band, MITB could have also been a full on progressive band. Taking as much influence from hardcore music as jazz or art rock. Always an ever swirling cast of players and contributors, MITB never settled down creatively. I feel like "Thoughtless" was when they reached their peak. They had a rock solid line-up, the best recording they probably ever got, the noise was integrated very well and tastefully, and their lyrics and compositions got as complicated, spacey, introspective, and heavy. I think it's one of the coolest records there is. 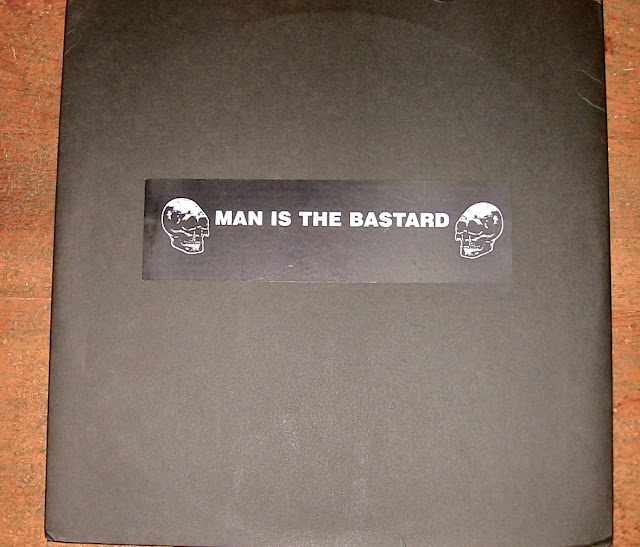 Very minimal packaging on the outside. Just a plain black sleeve with a MITB sticker serving as the art. I waited and waiting to get the white vinyl version, and it had to be OG. No reason why, especially since it was recently reissued, but I felt the urge to own an original hard on this one. And it's beautiful. The inserts are where this package truly shines. Classic stuff. 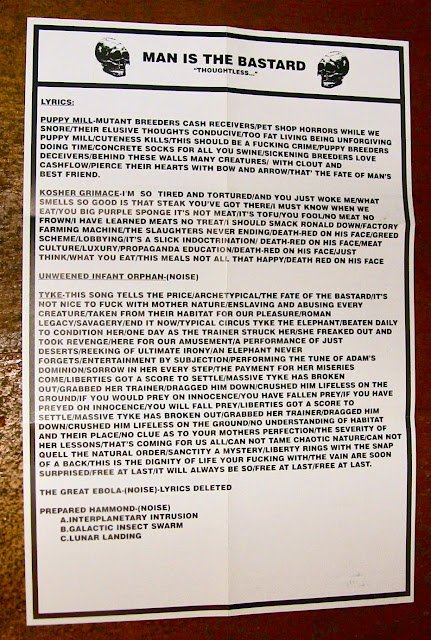 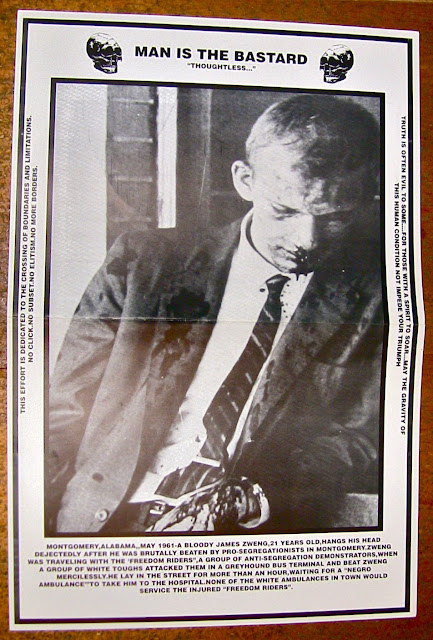 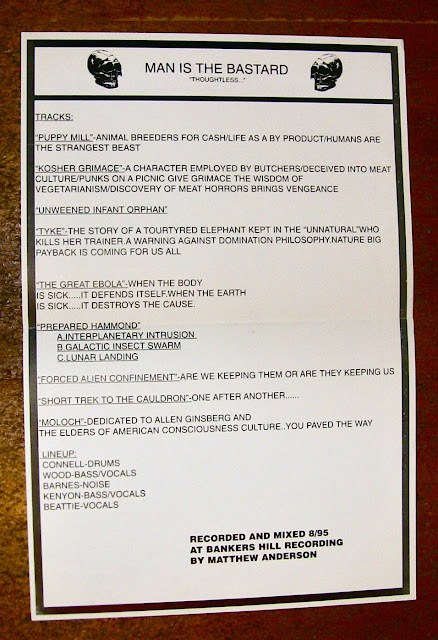 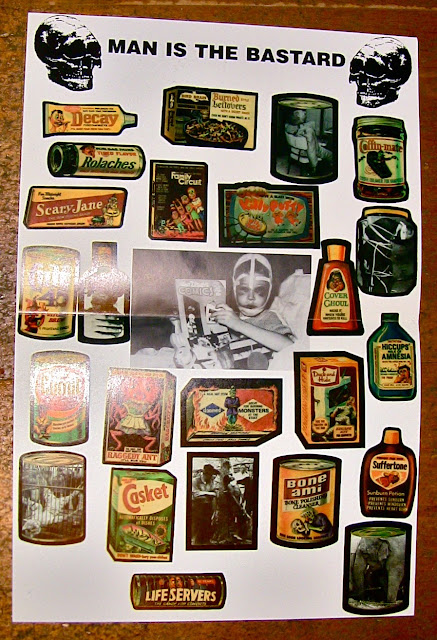 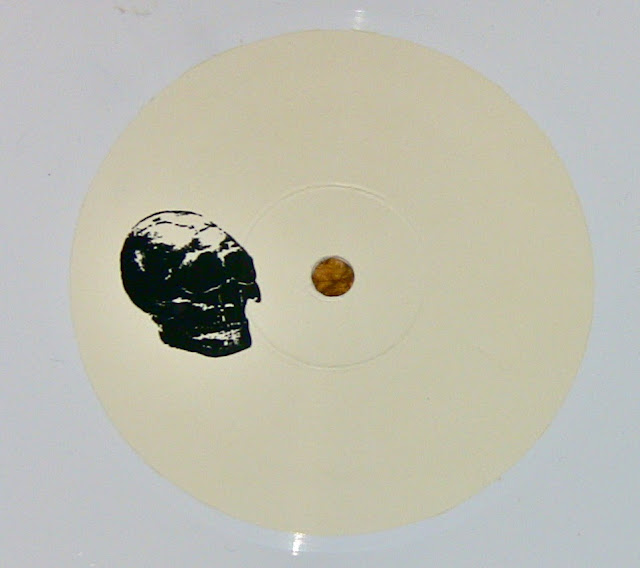 It's an easier to find record now, due to the aforementioned reissue (which I may pick up). Pick it up if you haven't.