Sleaford Mods is a musical group that I have shamelessly been head over heels for this year. A duo based out of Nottingham, England that have very rapidly put out numerous singles and LP's over the past two years. I've heard record collectors kind of hate them, and I can't pretend I don't see why. Their style and delivery was a bit of a challenge to listen to and absorb at first, but I kept coming back to it. Generally a good sign that there is definitely something with abstract substance there. The rapid-fire, ornery lyrical pieces that vocalist/lyricist Jason Williamson shout-raps are mesmerizing. While music-maker Andrew Fearn's minimal, post-punk flavored beats provide the perfect amount of punch and energy for whatever topic is on the tongue. A punk band in their attitude, but much fresher and more original then any of the rehashed punk bands of today. There is as much influence from bands like Crass in their tunes as there is from Suicide or The Fall, or Wu-Tang Clan. Tyrannical, sarcastic, opinionated, and incredibly British.
While the Mods discography is massive, they mainly thrive as a singles band. There are too many mandatory 7" cuts to buy at one time, and many are going for a pretty penny these days. Thankfully though, these are routinely reissued with many different collectable colored pressings and sleeve designs. So I was finally able to score the brilliant "Mr. Jolly Fucker b/w Tweet Tweet Tweet" single. The 4th edition, with an orange cover and vinyl, 45 RPM. Released by Forth Dimension Records. 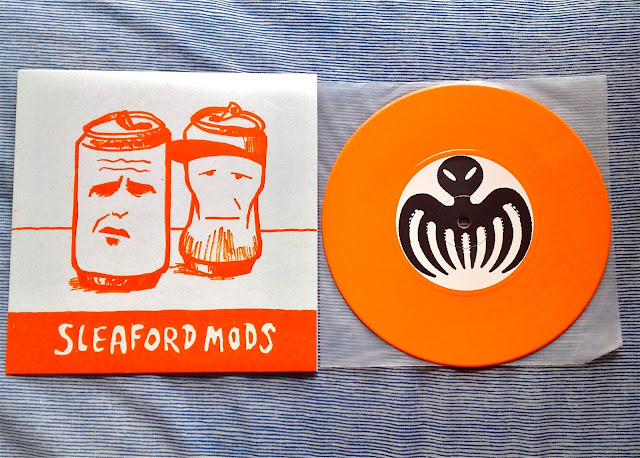 "Mr. Jolly Fucker" is one of the first SM songs I fell in love with, and may just be the jam of the century. A perfect two minute romper of fast paced lyrical wit and a slamming, hypnotic beat. Unfortunately, no lyric sheets have ever been provided for this single, so I am still left a bit unclear about what Mr. Williamson's main message is here. The usual pessimistic and disgruntled attitude towards the privileged and hoytie-toytie people that take up space is prevalent. Little pokes like "pushing out office turds" and rotting away in the isles of the Co-op store are just a few of the many quotables I notice. And the immortal, cut and dry chorus/hook that is simply, "JOLLY FUCKER"! Such a great song, this is definitely one of my favorite 7" records in the collection at the moment.
The B-side is a track that was later put on the end of the album "Divide and Exit". Another wonderfully written and catchy little ditty targeting the masses apathetic nature towards real life (according to me). "Dead weight is living flesh", what a great line. "Tweet Tweet Tweet" is probably one of the best early examples of a "singing" Sleaford Mods. Jason's vocals follow more of a rhythm and melody on here, with some great back-up vocals fleshing the sound out more. We even get some piano and a little bit of electronics. All around fantastic!! 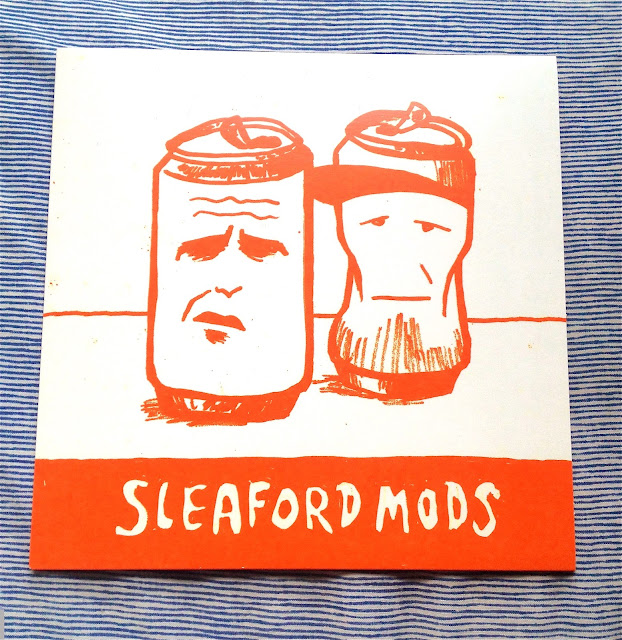 The 4th edition of this single comes in a sturdy glued sleeve with orange artwork and vinyl. A nice, thick slab of wax that sings clear and loud! 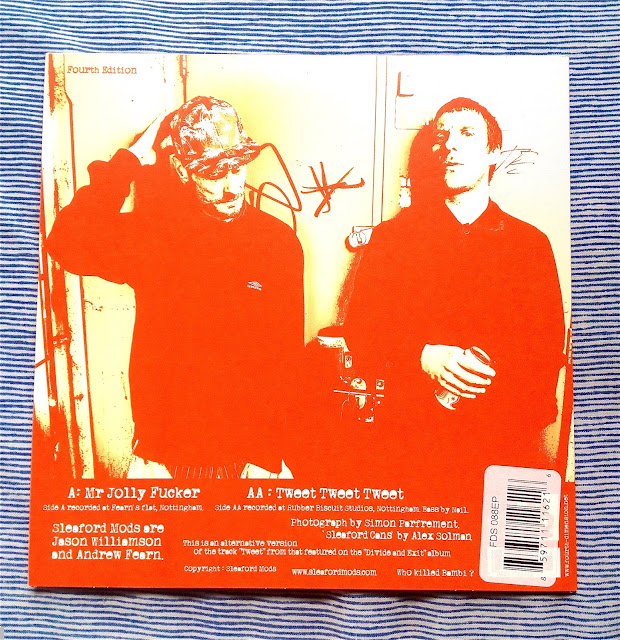 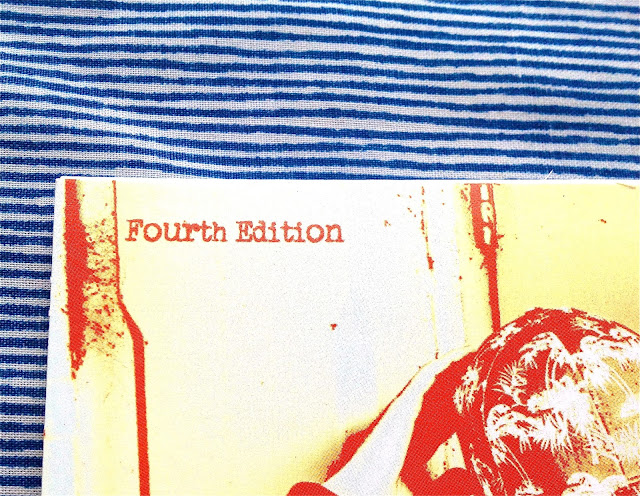 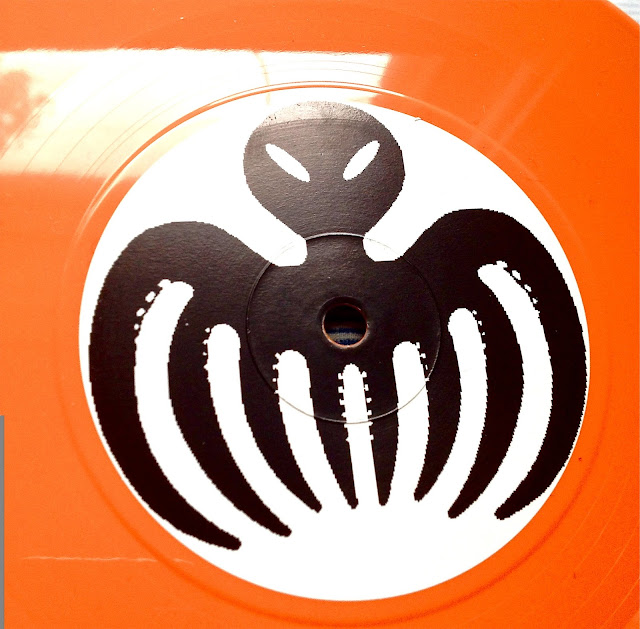 So far this year, Sleaford Mods have also put out my favorite album of 2015 with their recently released "Key Markets" LP. I might get around to posting that, it's amazing and definitely worth all of your ear time.