One of the must own/gotta have it noisecore recordings to come out on vinyl this year, is this here split between OPS-PSF and Snajper. Released by Rage For All Records, a label run by a man named Derek who is more dedicated to releasing freaky, esoteric noise garbage (all with very professional care and work put into them!!!) than almost any cult label I know. Every time we've ran into each other at a show he will bafflingly gift me a handful of free records he's released. Simply because I don't own them yet. Such appreciation for crazy noise has to be talked about, and if anyone was going to release a vinyl record of these amazing, seldomly brought up noisecore bands, it would be Rage For All. This release came out in a run of 300 copies, 200 on black and 100 on purple, 33 RPM. 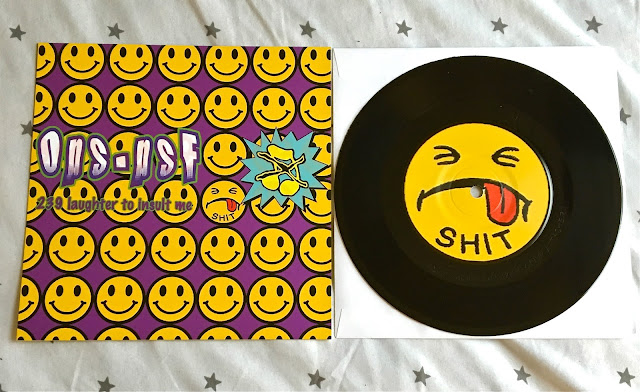 OPS-PSF, masters of their craft in cut-up/sound collage noisecore, do what they do best on their side and of course it fucking rules. Flashes of garbage guitar, low-pitched growls, clean guitar, movie samples, cymbal hits and loose blast beats; edited and put together so fast that it seems to be designed for a listener with the shortest attention span possible. There's this one clean guitar chord that keeps popping up all over the recording that gives the piece some sort of repetition, but that's about it. Completely nuts and really damn good. 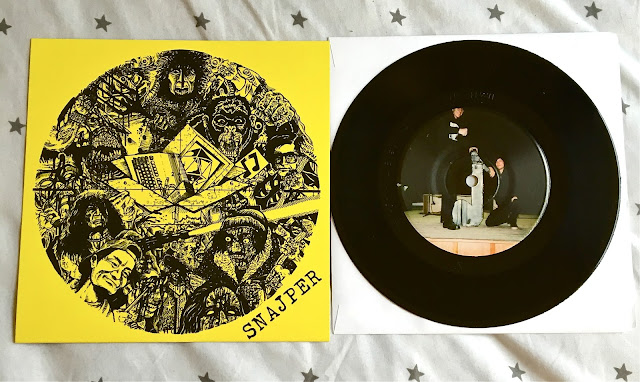 Snajper came into my mental encyclopedia thanks to this record, because literally no one I've ever known who's into noisecore talked about them. Like a long forgotten, deeply buried artifact, new knowledge of this little duo from Slovenia's existence came into the world. This is fucked up shit of the highest caliber, perplexing noise garbage that is done with literally the smallest of means. The very handy little essay on the band tells bits of the story of this group, who existed in the late nineties and released a hefty batch of split tapes. Basically, you got a cardboard box for percussion, a microphone, a shitty computer, aaaaaand you get Snajper. I'll say that out of all the stuff I've heard from them, this is the "best sounding" their recordings have been, but the aesthetics remain completely in tact. It's magical to say the least, I can't believe this got pressed to vinyl. This is some weird, gonzo, messed up noise, no bullshit at all. 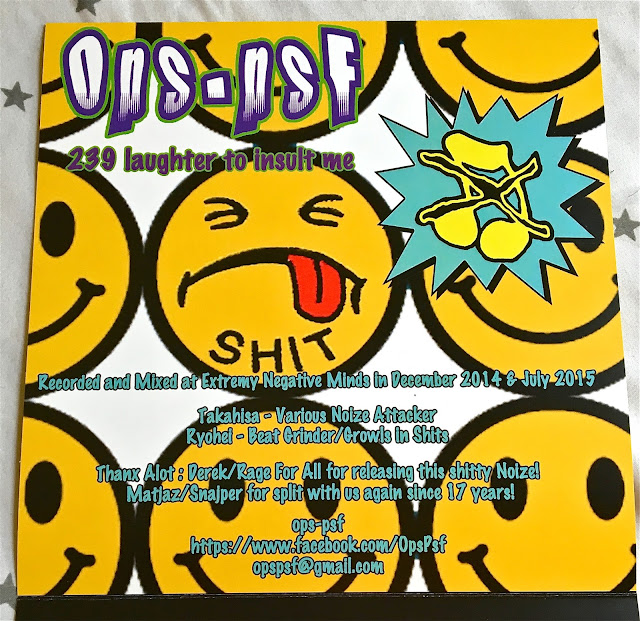 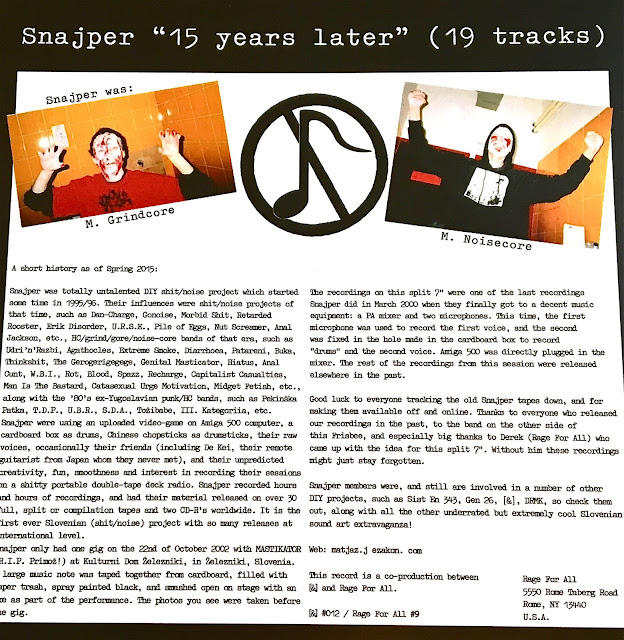 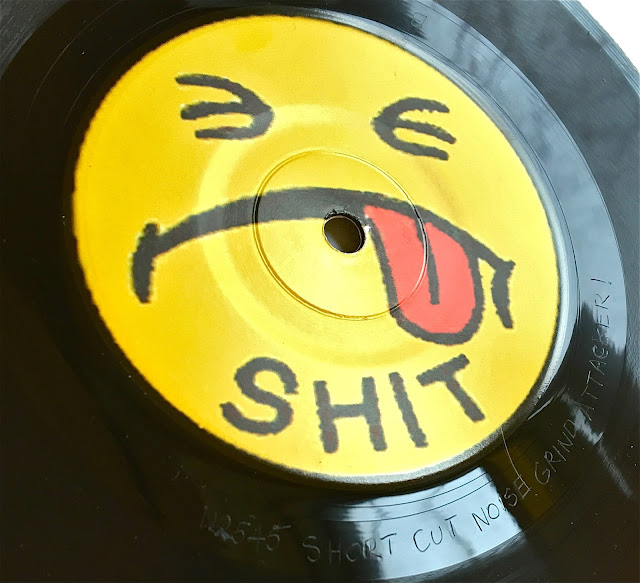 Nice deadwax etching from OPS-PSF, I'm happy I could get it to show. I recommend this record a lot if you can't tell already.