Washington State based fastcore/noisecore mashup titans Sidetracked have had nothing short of an incredibly prolific couple of years. Releasing at least 12 individual pro-CDr EP's on Jay's own label, Problems They Persist, on top of many other split 7" records, tapes, and so on. I recently was able to snag the latest 6 (!) CD's, plus this super quick 10 track cassette EP released on Practiced Hatred called "Exile". Not sure how many this was limited to, but the red artwork variant has the lyrics included. Naturally, I had to snag that version. 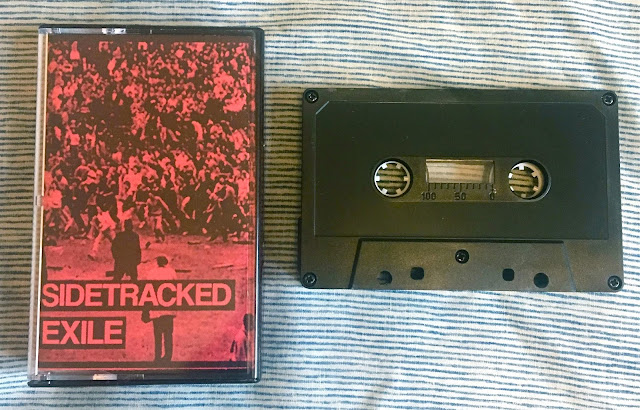 Wooo boy is this fassst. Pretty much by the time you pop in in the player and go and sit down, one side is over. Hardcore dudes will have the hardest time moshing to this. Heavy duty, super raw and incredibly stop/starty micro-jams. Long time admirers of Sidetracked will probably find a lot of similar qualities to the "Hustle" cassette, another 2 minute or so tape release if I remember correctly. Working with a heavy inspiration from early super aggressive hardcore bands in terms of riffs. Breaking them down and boiling song structure down to the shortest of track lengths. I've always thought Sidetracked was a genius band, and seeing them embrace rawer recording choices and taking on almost pure noisecore styles from time to time has been a very fascinating and wonderful thing to see.

I'm curious why the lyrics were only given to people who bought this red cover version. To me the lyrics in a Sidetracked song serve as strong a purpose as the music does. That aside, this tape looks sick. I really like the design, it's straight and to the point, and diverts from the usual look that Sidetracked releases have. 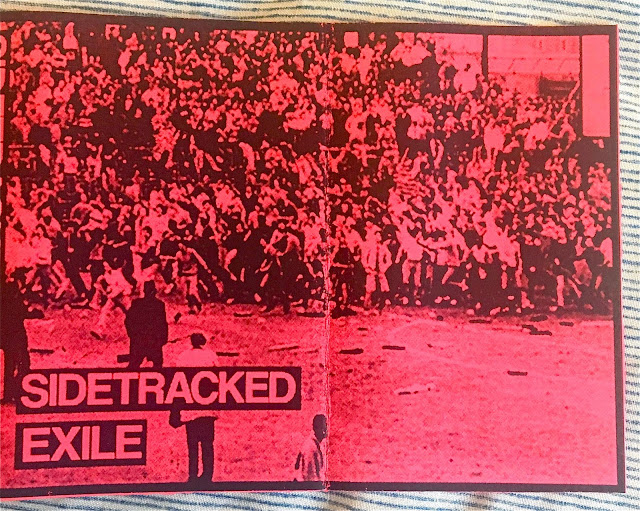 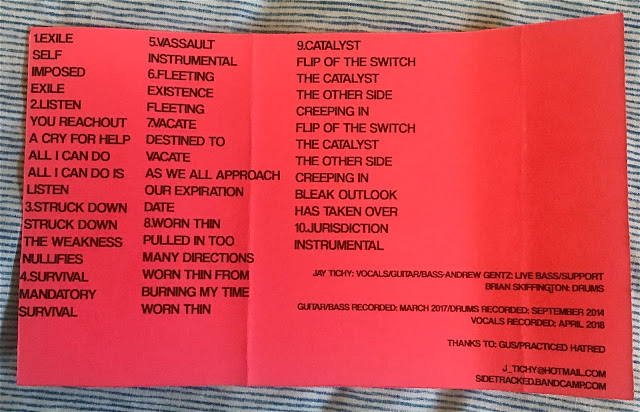 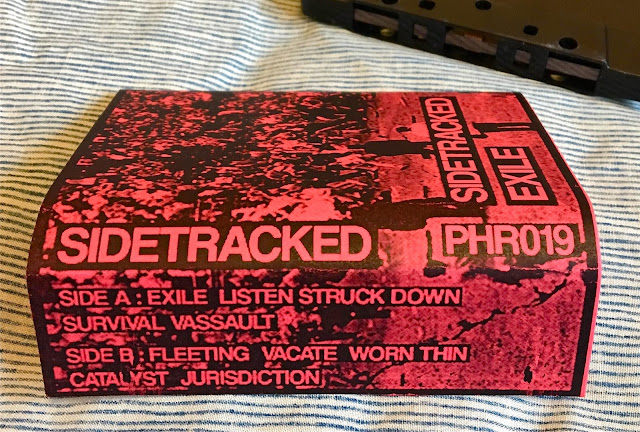 "Exile" has already sold out from the label, but I think Sidetracked still have some for sale on their bandcamp page.