The mash up of Australia and the American Midwest is a beautiful combination. While these regions may be separated by thousands of miles both have scenes that want to create the most punishing grindcore known to man. On this split we have Sulfuric Cautery from Dayton/Lima, OH who have been crushing the goregrind/grindcore game the last few years. On the other side we have Take That Vile Fiend which consists of Brad of Radical Blarghst and has played in bands like Internal Rot, Holy Boner, Super Happy Fun Slide, and more. 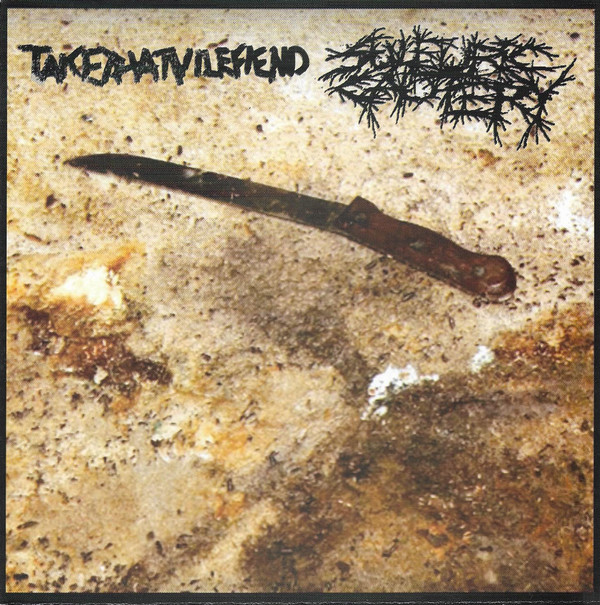 The TTVF side is goregrind to the max. The guitars and bass are a bit muddy but regarding the overall sound it helps, as it gives the recording a super gross sound. The vocals are pitch shifted well and are very deep without getting too lost in the mix. Drumming is on point with tight grooves and mince beats countered with hyper fast blasts. The snare has a nice ping to it that cuts through just right. Each song begins with a sample and because of this I wish there was another song or two as the songs on this have exactly what I am looking for in goregrind. Overall a solid chunk of music that plays through really well. If you haven’t heard their full length "Excreted Brain Matter" it is worth checking out. 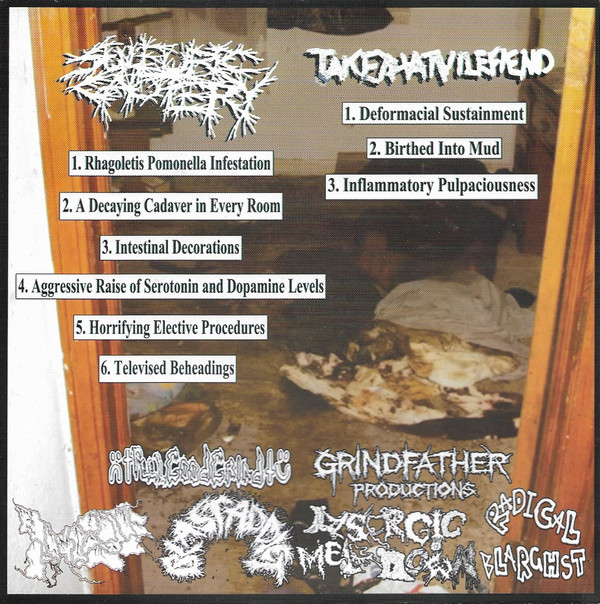 On the other side we have Sulfuric Cautery bringing 6 tracks of their signature, over-the-top gore/grindcore. The tracks flow together really well just like the TTVF side. Their side kicks off with a drum fill with possibly the most ridiculous snare drum tone. I say ridiculous but it works well with that sound being pushed so far up in the mix compared to the bass and guitars. Listening to this I wish the guitars and bass were a bit clearer but their tones overall sound great for what they are doing. The songs are jammed packed with riffs and within a short time which gives the songs a very spastic nature without it sounding like disjointed. These boys are on top of their shit and are not holding back at all and it really shows on this recording.

Several great labels helped put this out including Radical Blarghst and Blast Addict which are run by Brad and Isaac respectively. The record is a nice dark blue and plays great. Overall this is a fantastic record and definitely worth checking out. Sulfuric Cautery are making huge waves in the US scene and Australia pumps out tons of great grind.

~Tyler Hammer
Posted by Tyler at 7:22 AM