Sete Star Sept have had a long and very wonderful relationship with SPHC records. A label out of Baltimore that you should certainly trust if you want to hear some of the best in weirdo hardcore and noisy grindcore. This is another split I was very happy to finally snatch because of it's concept. Reportedly birthed into creation after both bands saw a Gag show. SSS attempt to try their hands at making noisy hardcore, and Lotus Fucker do noisecore. To make it even better, this record is only available at shows and will have no distribution. Limited to 500 copies, 33 RPM. 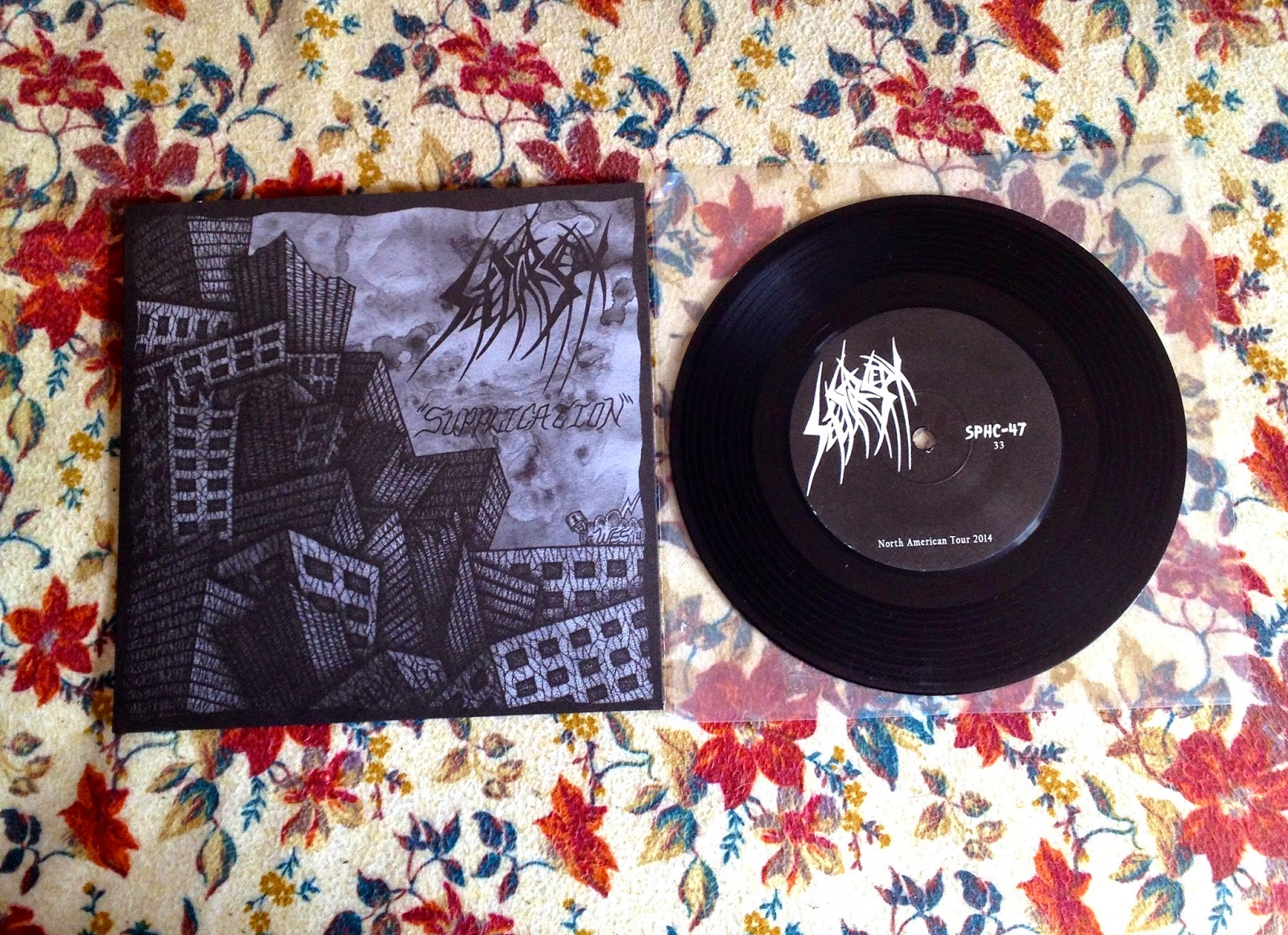 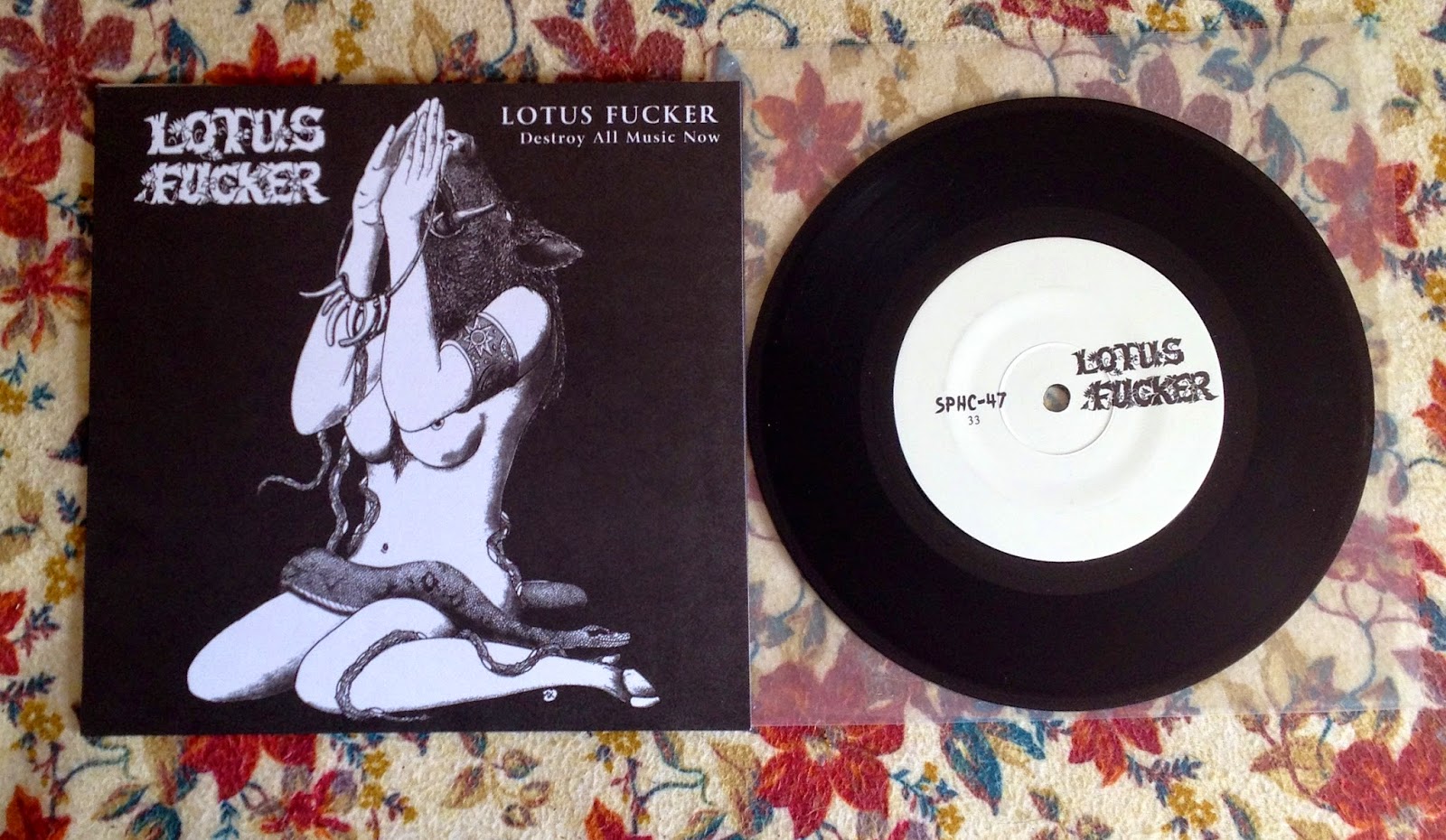 Sete Star Sept's interpretation of hardcore is definitely not far from what we are comfortable and familiar with from the band. This recording is loud and mean as fuck. Crushing drums, crunchy bass and throaty vocals. SSS do get into more D-beat charges and even more traditional grindcore structures, and jam on them for longer periods of time. But it's definitely not something I would call "traditional" noisy hardcore, it's undeniably Sete Star Sept. Imagine if Insect Warfare, Godstomper and Eel for together and played an improvised show, it's a little like that. The traditional blasting freak-outs are still very present, but a focus to a sound is as well. 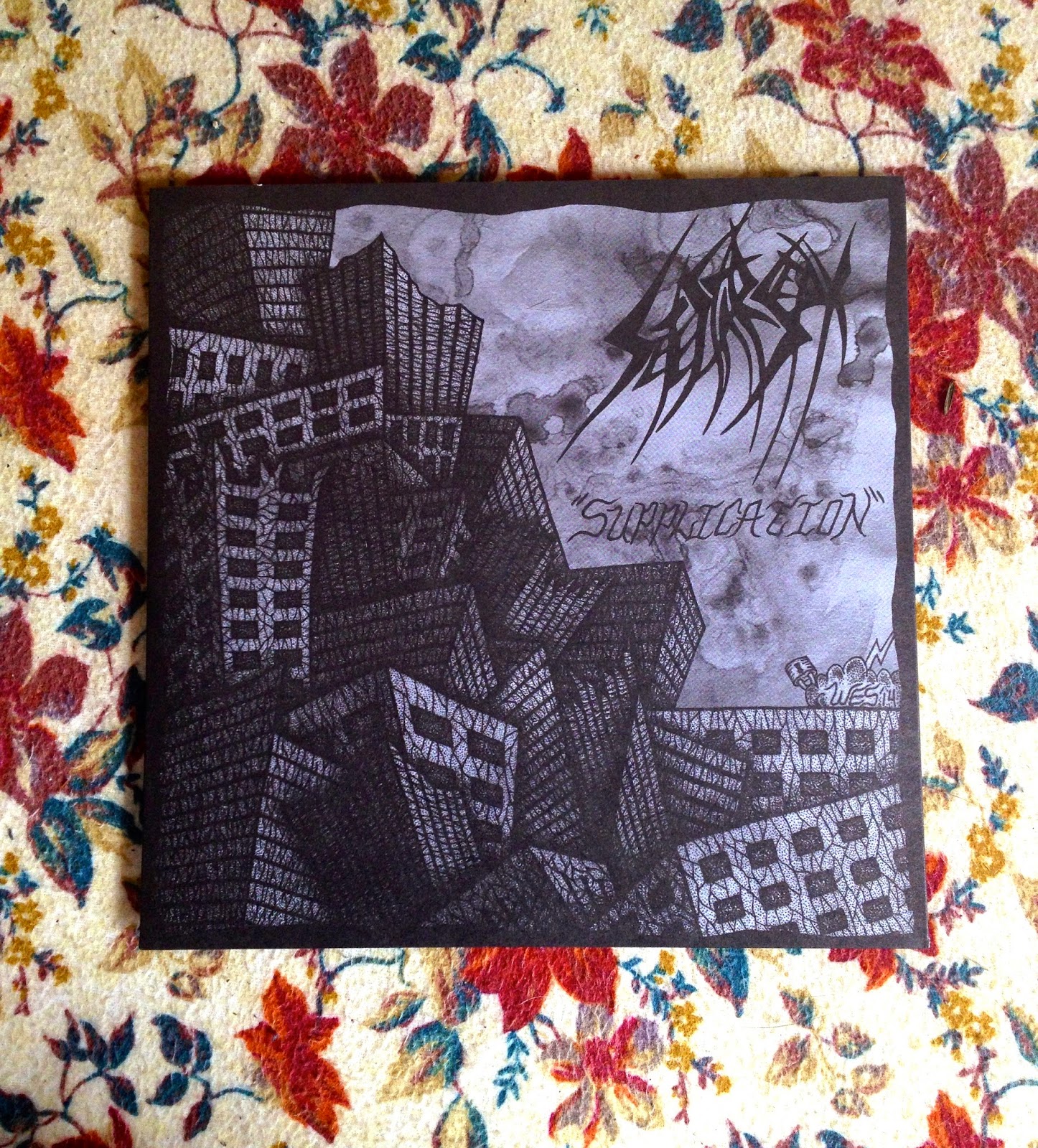 Lotus Fucker, oh Lotus Fucker. I have a little bit of beef with Lotus Fucker. Never really dug their music all that much, a little too slopfest for me. And their guitar player Zach left one of my favorite fastcore bands, xBrainiax, simultaneously breaking them up, to join LF. I'm bitter, so what, shit happens. While I have not dug any of their output, I gotta admit that they do make some pretty on point, entertaining noisecore. Keeping in the genre's tradition, we get a healthy dose with 70 tracks. In total making a six and a half minute blast of spastic lo-fi grind, noise, slop, collage and guitar wankery. I like this side for a couple reasons. 1: they actually broke up this recording into individual tracks, instead of going for the Anal Cunt/Deche-Charge blast mess and calling it 1,006,345 songs. 2: there is a healthy amount of different sounds throughout this whole piece. Micro song grindcore, harsh noise, junk abuse, hardcore riffs, vocal effects, these all show up. It's a very Sissy Spacek kind of collage piece. I dug the hell out of it. 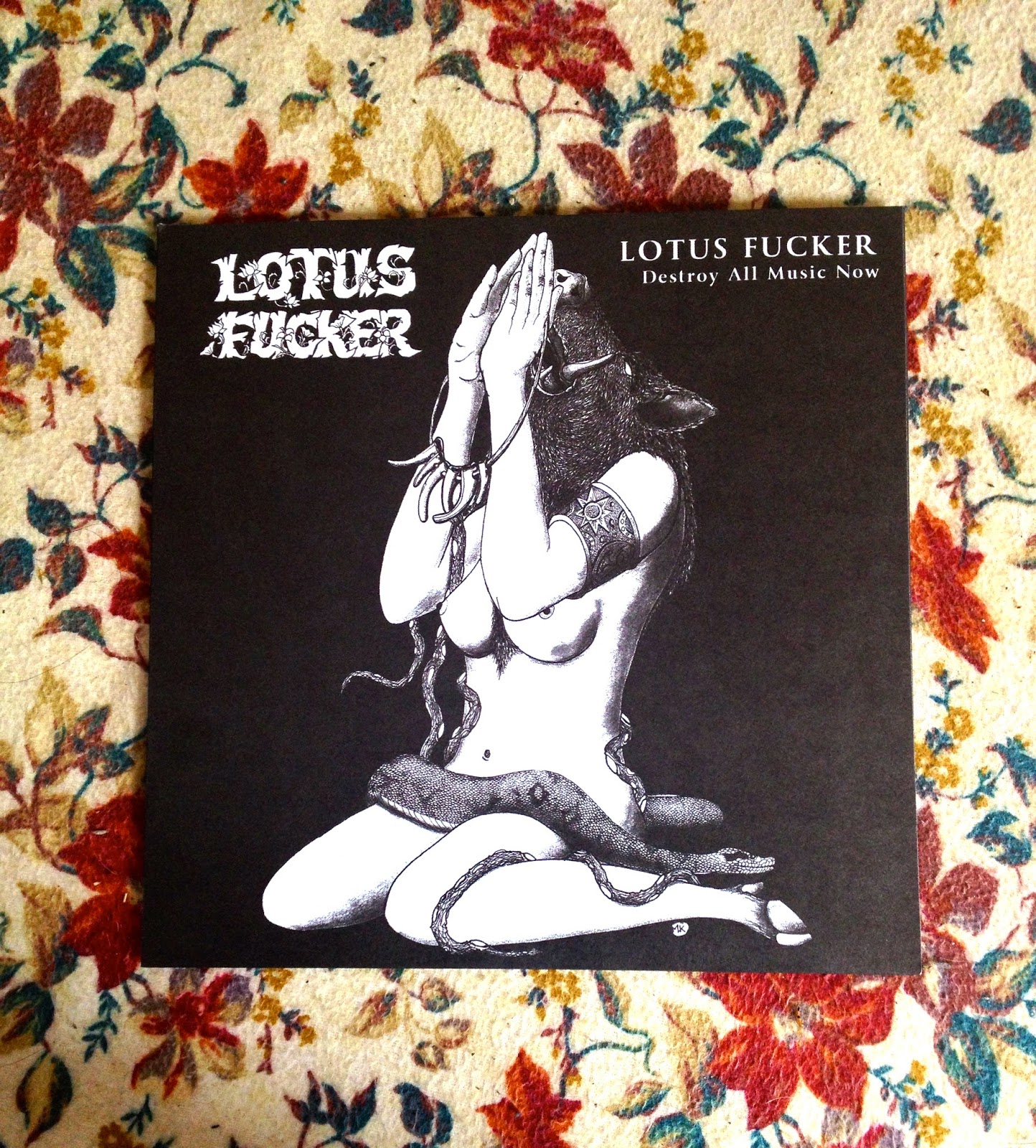 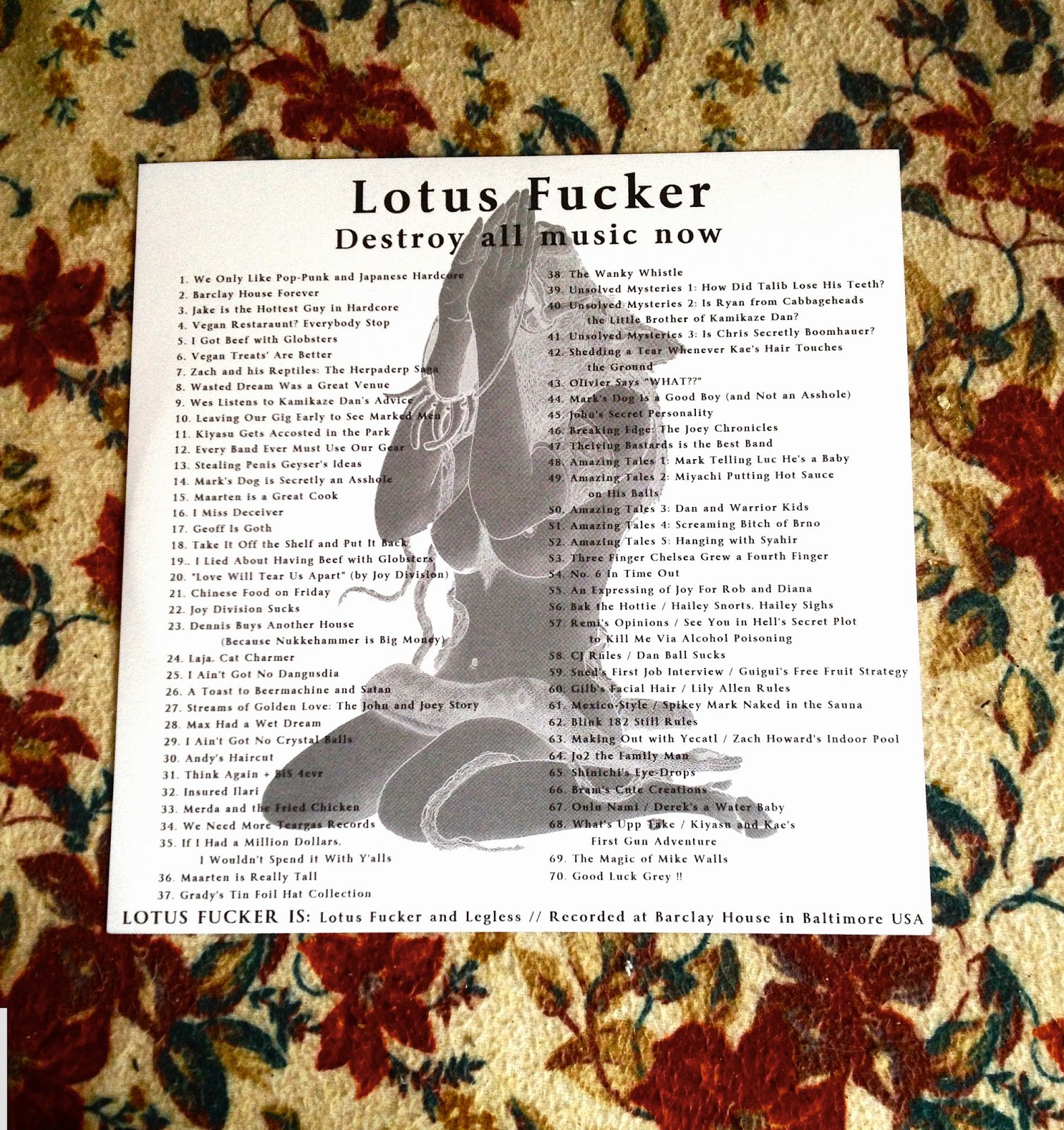 As usual SPCH did a fantastic packaging job for SSS. We once again have a glued, matte sleeve made from thick cardstock. With a double sided insert and some very tidy and clean printing. Just lovely. 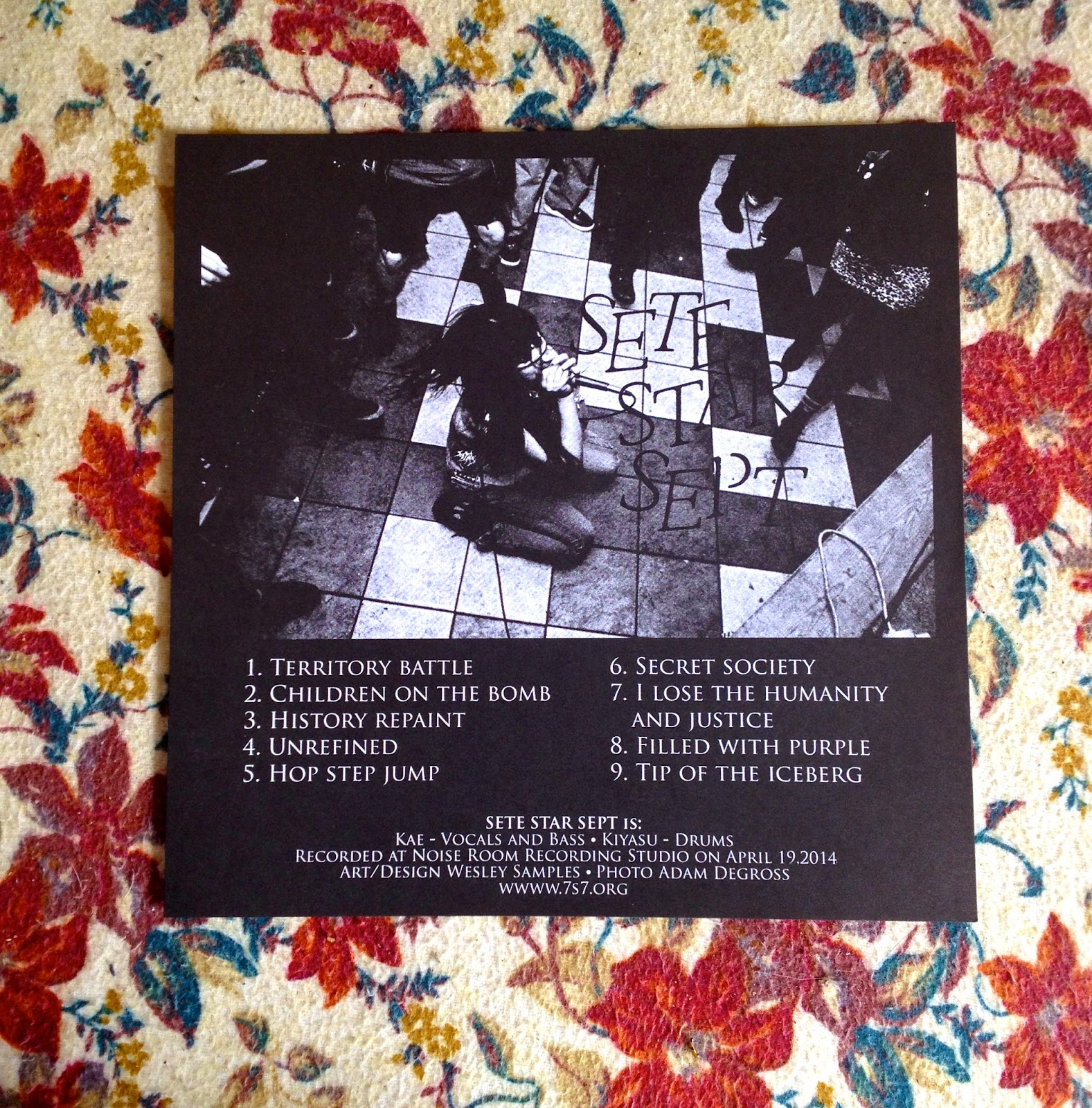 Despite the snobbish distribution catch, I have seen this pop up in some distro's online. But you should still buy this from SPHC, SSS and Lotus Fucker is you ever catch the last two live.