I've known about Condition for a couple years now. I've seen the über grim n' gory album art of their debut EP pop up every once and a while. However my listening to them has been with a lot of apathy, mostly due to where my tastes were at the time. But seeing this record in the flesh at a recent show, that weird personal-contact-with-record feeling told me that I had to get it. Who knows when I'd ever see this again, I thought, since I'm pretty much completely dry from online buying. And I'm very happy I did because to VII's ear in 2015, "Deteriorating" seriously rips shit up.  This is the 2012 7" reissue of the original tape on the Swedish De:Nihil records, limited to 350 copies, 45 RPM 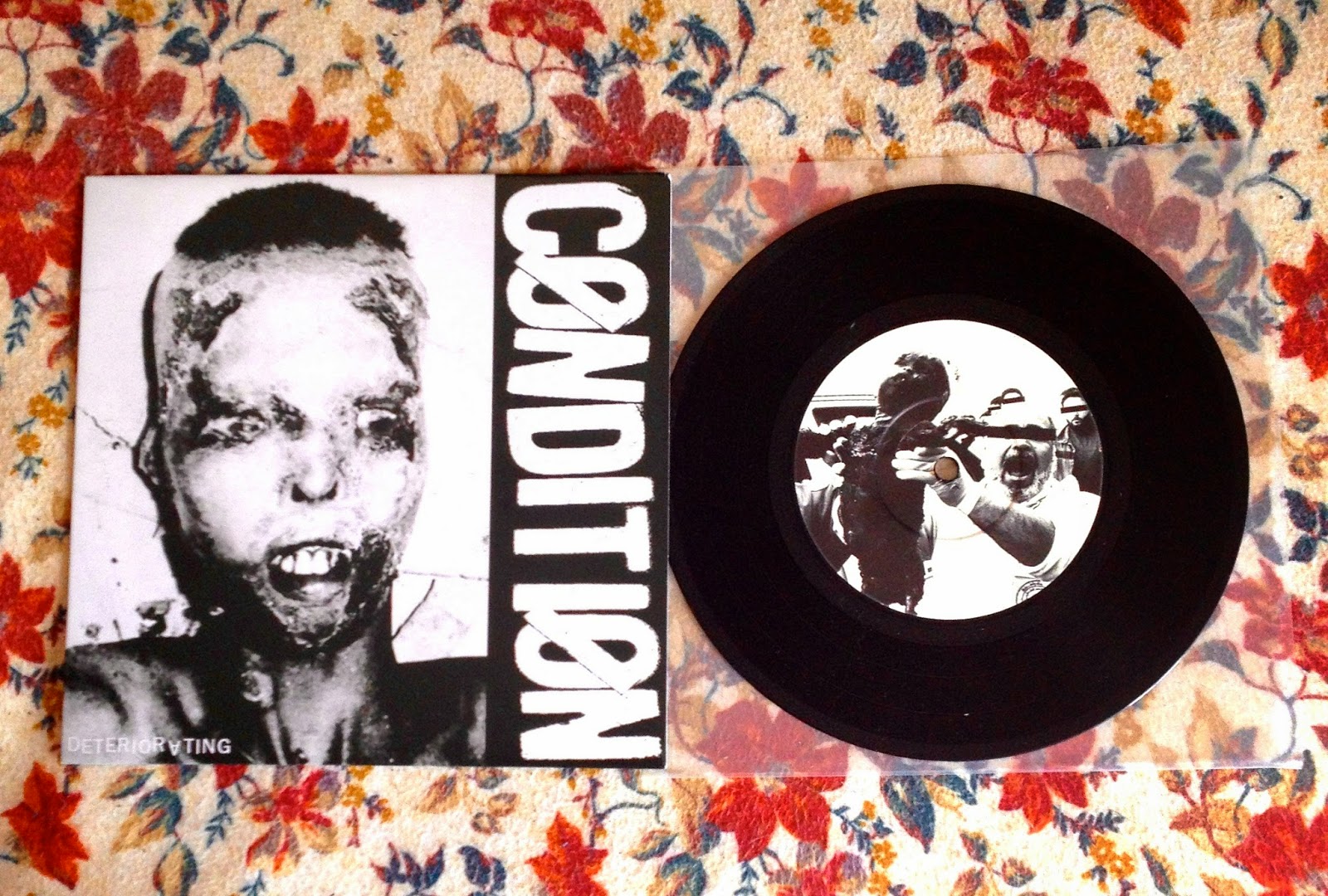 Right from the first monster snare hit, guitar chords and little bit of noise of the opening track "Smoldering Wreckage", this EP kicks every ass in the room. "Deteriorating" captures a mammoth, gargantuanly loud and attention grabbing recording. Everything is bold and upfront, but still very raw. All the instruments are in the red here. It's definitely something worth hearing on a good set of speakers.
Condition play a very honest and basic style of crusty hardcore. Very obvious influences from bands like Aus-Rotten, Discharge, and Anti-Cimex shine through. They perform a lot of the same riffs we've heard before, but again with that huge recording and intensity to their advantage. Not to mention that they know how to right a catchy song. To be honest this was actually a lot more stripped down and less "mysterious guy" then I remember it being. There is definitely plenty of bedroom moshing to be had when this record gets spun. 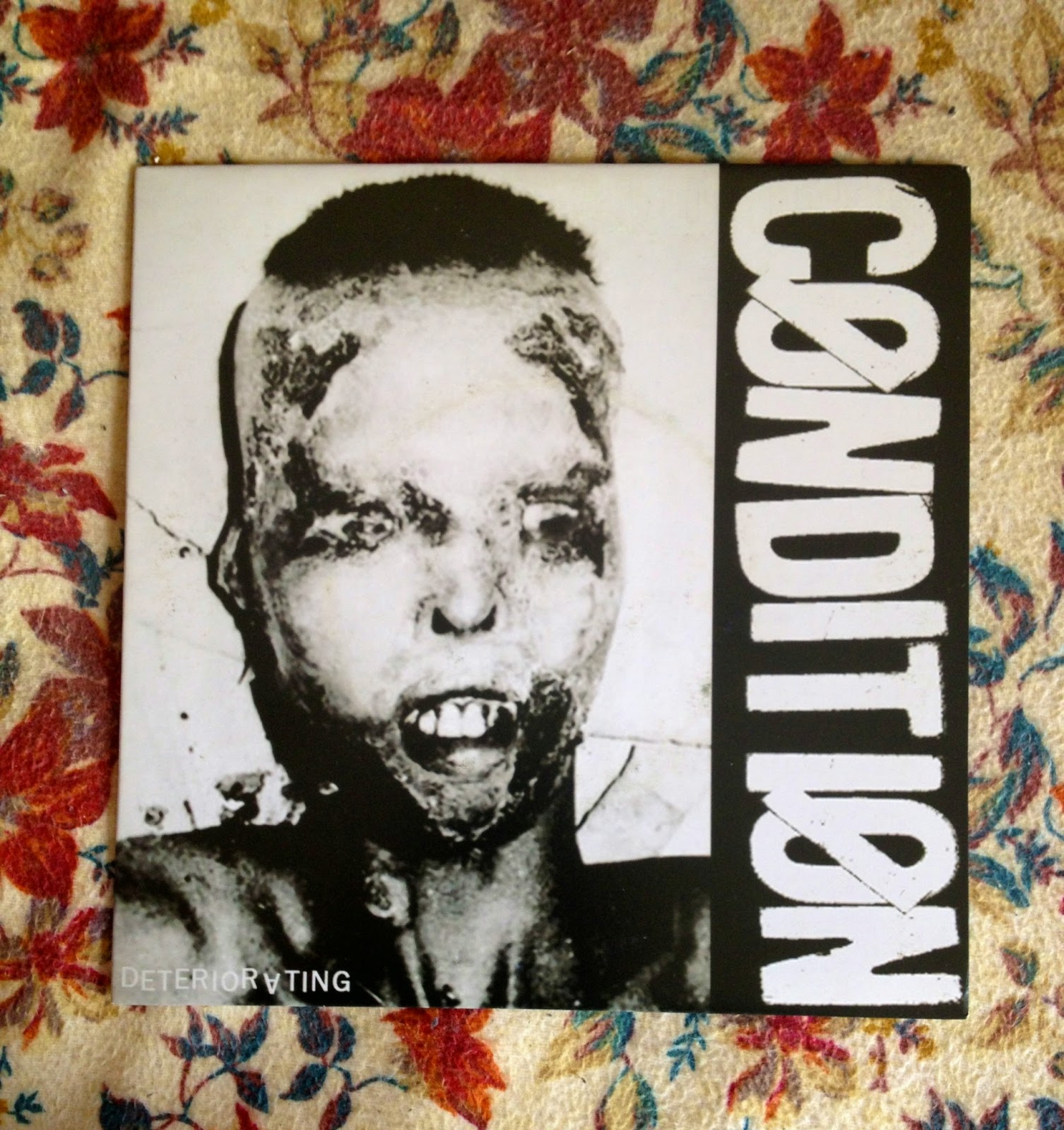 Super grim "war horror" cover art. Equally matched by the A-side center label. Good stuff, and the aesthetic definitely matches the brutality of the music. Packaged in a study glued sleeve with a stiff insert. 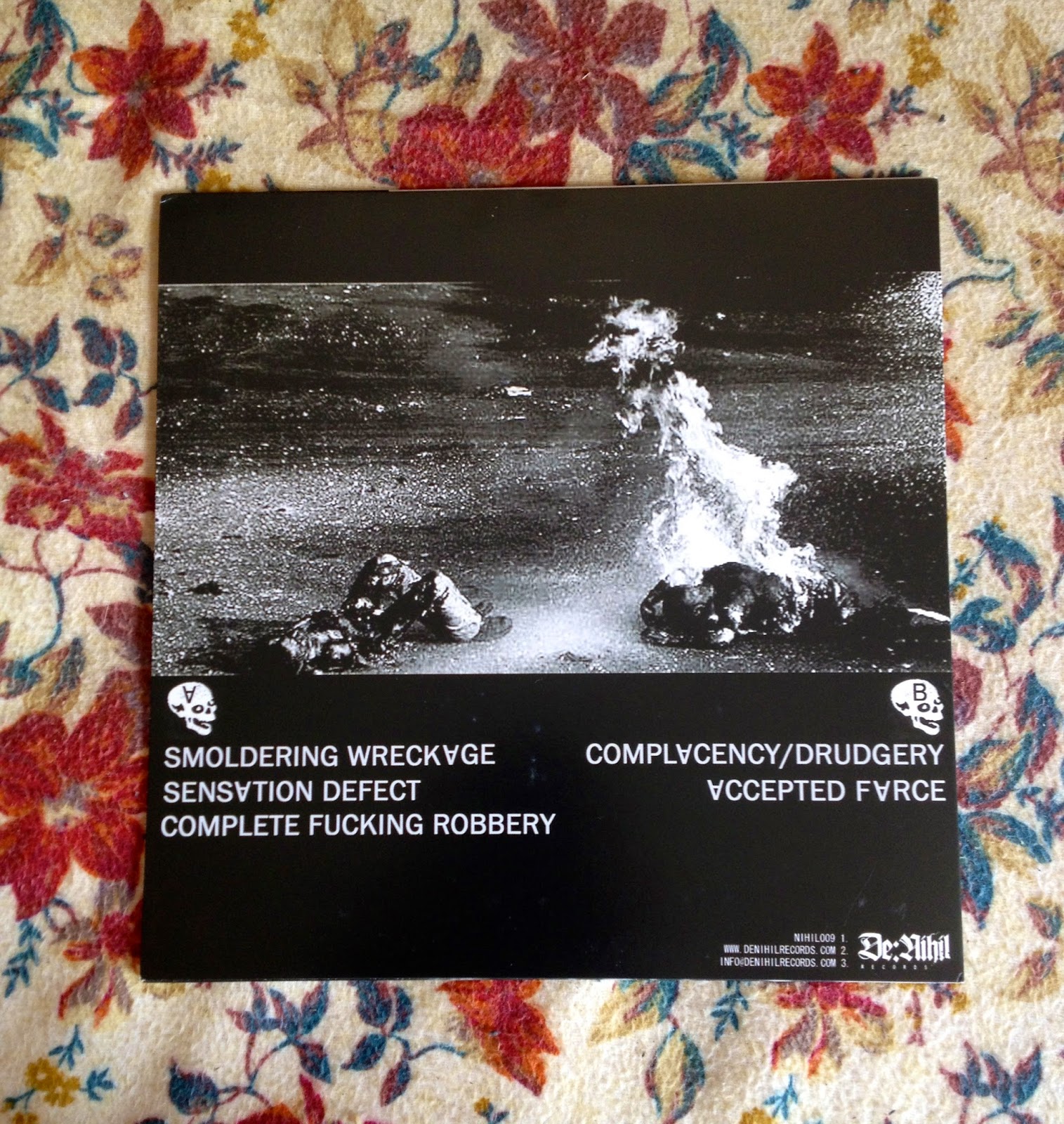 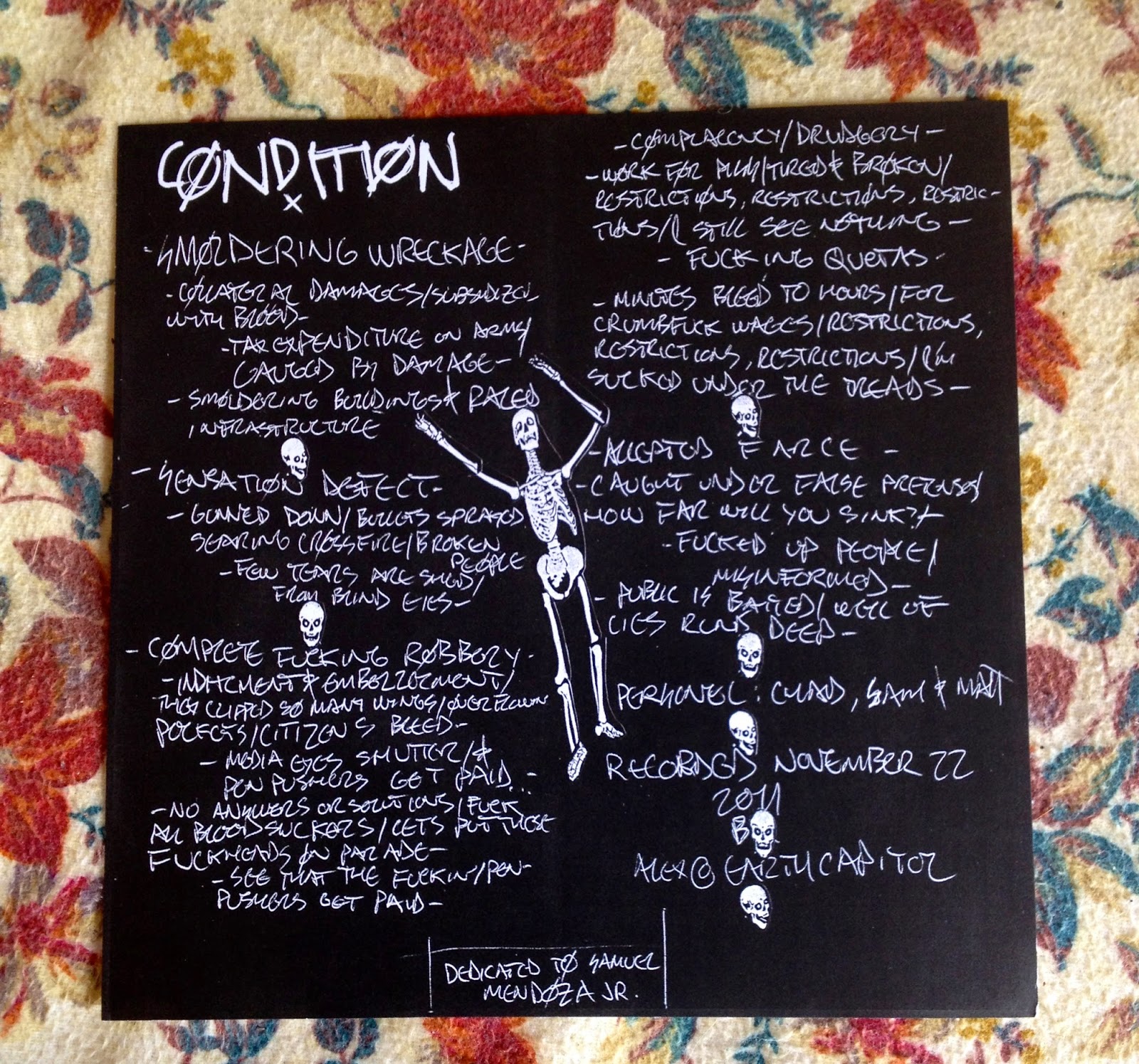 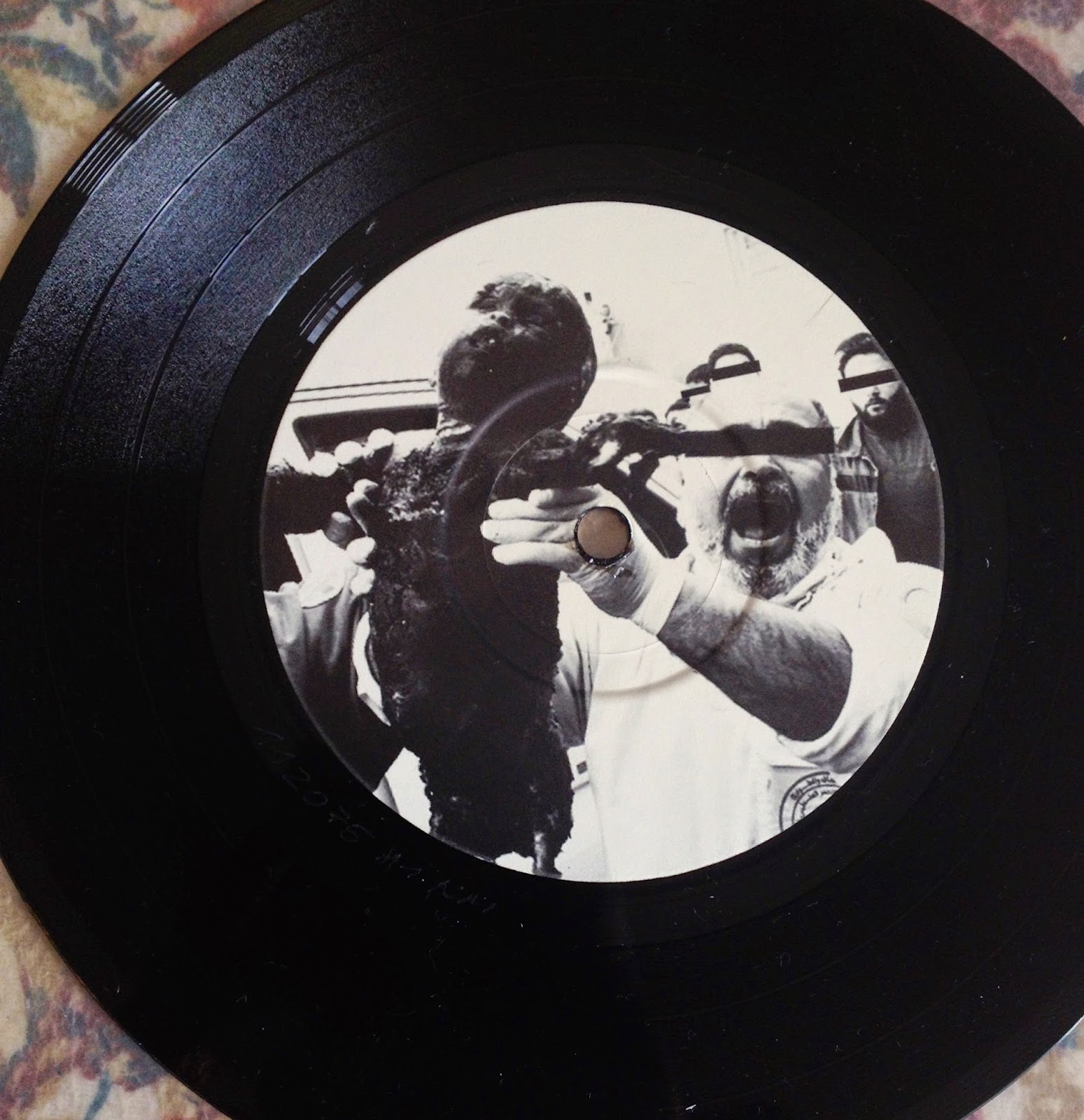 Condition released a new 7" in 2013 called "Bombed Out", which I really hope to get sooner then later.