I have not been very good at keeping up with my beloved Archagathus very well this year. Truly, the pains of being an avid collector of an active-as-fuck band like the this are heavy. And the Prince of Mince has definitely not been slowing down. They released the brutal, gore worshipping full length "Dehumanizer" last year, and the usual spree of crucial splits with bands like Sordo, Lt. Dan, Sete Star Sept, and Carcass Grinder. Sadly, many of these are still not in my possession, and I mourn that every day. However, one split I was very happy to recently land is the incredible split 7" with Self Deconstruction from Japan. Released on Agromosh Records this year in a run of 1000 copies. 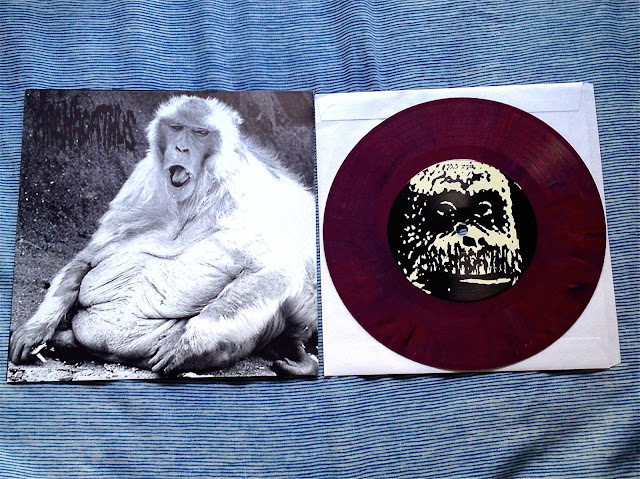 This split seems to be unanimously received as one of the best things that Archagathus have done recently. I do definitely place myself in that club of opinion, to me one of the best group of songs they've done since "Canadian Horse". Opening shit up with that perfect and notorious cover of Dahmer's "Thomas Hamilton". Absolutely nailing it with an attention grabbing drum intro and the right amount of shameless worship of the band they're honoring. Dahmer's influence is all over this side, most notably in the layered vocals (which are the bomb btw), and repetitive and consistent riffing styles song-for-song. Archagathus's more recent evolution into a mincegore band often doesn't always leave me satisfied, but they really nailed it on this one. Throwing in a lot more catchy riffs, like on the closer "Government Influenza", which to me is an excellent blend of the gore side, and the fun punk as fuck mince of their earlier works. Goddamn I love this band. 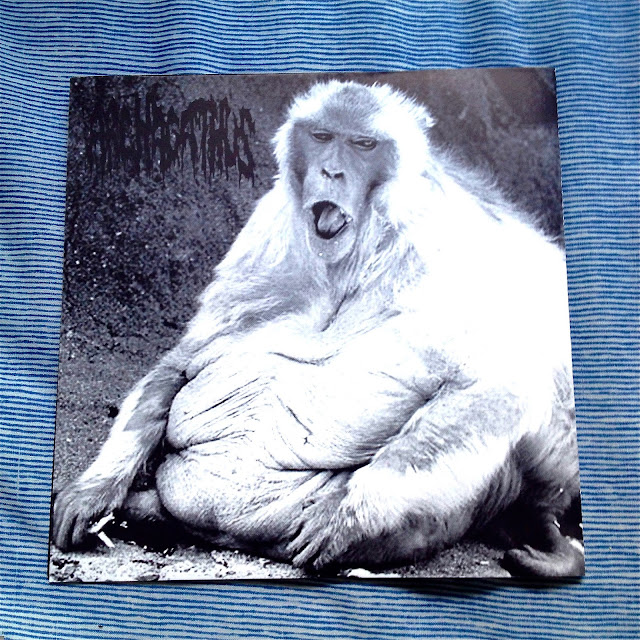 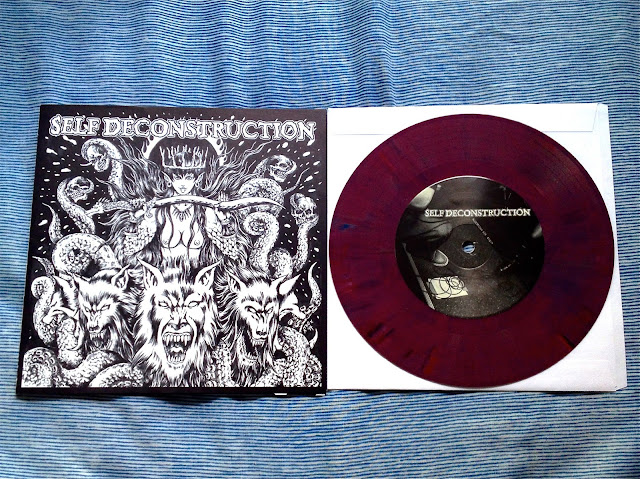 Strangely enough, I really don't see many people mention Self Deconstruction's side when they're talking about this split. Which is really unfortunate, because I feel like that definitely would detract people from checking this band out. I initially wasn't that motivated to turn the record over and hear their side, cause I didn't hear any real hype. Holy crap though, Self Deconstruction's offering is just insanity! Admittedly, a pretty weird band to share a split with Archagathus, as their approach to writing grind is almost night and day. If you didn't know this band was from Japan, you'd probably figure it out pretty quick from just a few seconds of their side. Metallic, semi-free, chaotic and dissonant spazzcore is what they bring, with a huge thrashcore influence. Distinctly over-the-top and unhinged song writing, bouncing from riff to riff at the speed of light, but still sounding tight and professional. I was really pleasantly surprised with this band, and I'll definitely be on the lookout for them in the future. 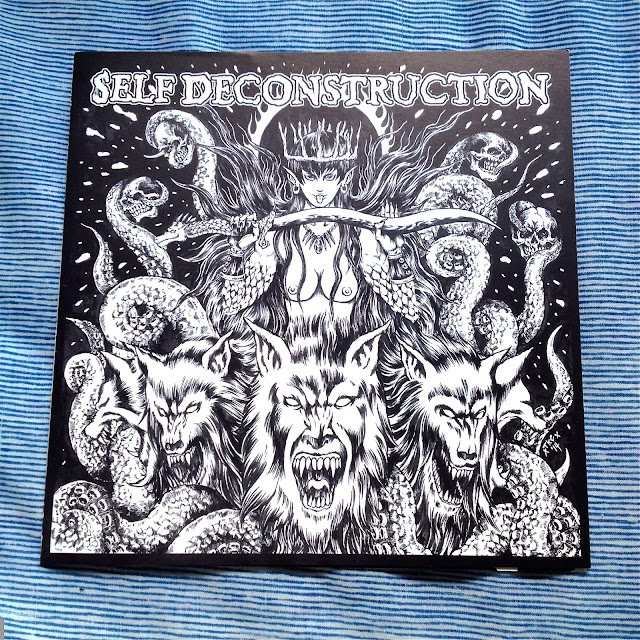 Standard packaging on here, with all the proper info and credits on the inside. All copies are on this purpley, marble vinyl. Fun fact: Archagathus side plays at 33 RPM and SD's plays at 45 RPM. Don't let that fool ya. 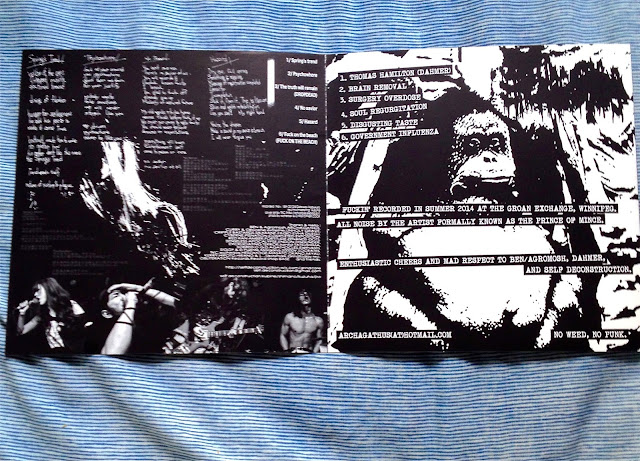 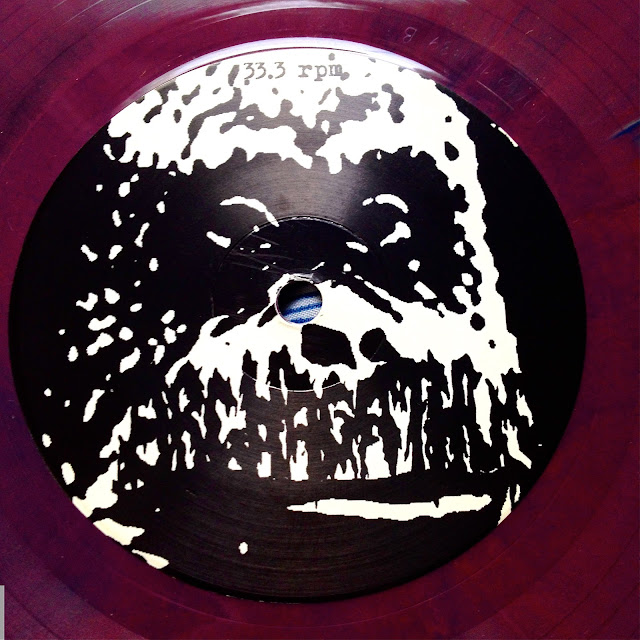 There's 1,000 copies of this, so you should have no problem finding one. Buy or forever pose.