Despite my huge, fetishized obsession with the harsh music that comes out of the midwest, particularly Chicago. It took me until two days ago to acquired the ruthless split 7" between Socially Retarded and Daisycutter. It's baffling that it's taken me however many years to actually buy this monster. So much so that I've had friends tell me they were surprised that I didn't already. My love for Chicago filth is known and apparent. Released on Prgnt Records back in 2011, 45 RPM. 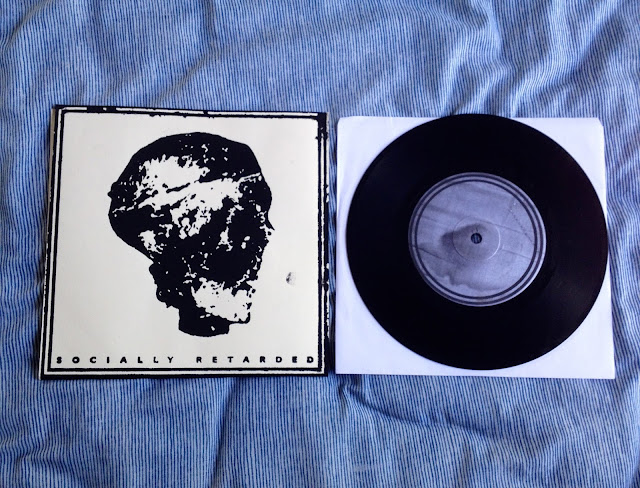 Now I bought this strictly for the Socially Retarded side, originally. I've known about Daisycutter, but never actually heard their half. Socially Retarded however still hold a spot as one of my favorite bands, and I've jammed passable MP3 rips of their side for a long time. Finally hearing it on vinyl was everything I had wanted. It's crushing, and disgusting, and the recording honestly doesn't even sound all that different from my beloved rips. Front to back though, it's a perfect five song collection. 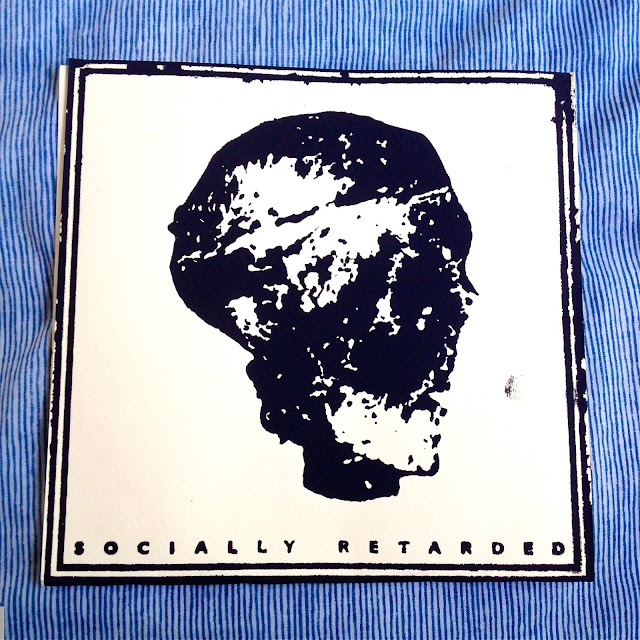 In the bloated, rotting corpse pile of noisy/edgy powerviolence bands that have come out in the past five years, Socially Retarded were always one of the bands that performed this style the best. And also the most convincing at that. Seeing how members of SR have also served time in incredible PE groups like Constrictions and Machismo. Their love and blending of harsh electronics with powerviolence is not just done for the sake of cool noise. Opening up with the sleazy, raw PE track "Relations". Which became all the more disgusting once I read the lyrics. The lyrics all around are fantastic, unsafe and coated in perverted obsession. Graphic tales of blood spots, bleached needles, drug abuse, violence, screamed at their rawest from the perfectly suited vocals of Mitch Buller. The impact of song like "Permanent Damage", "Dark Space", and the incredible "Sick Child" is just visceral. Even if it does have the most no-fi recordings of their existence. Goddamn I love this band. 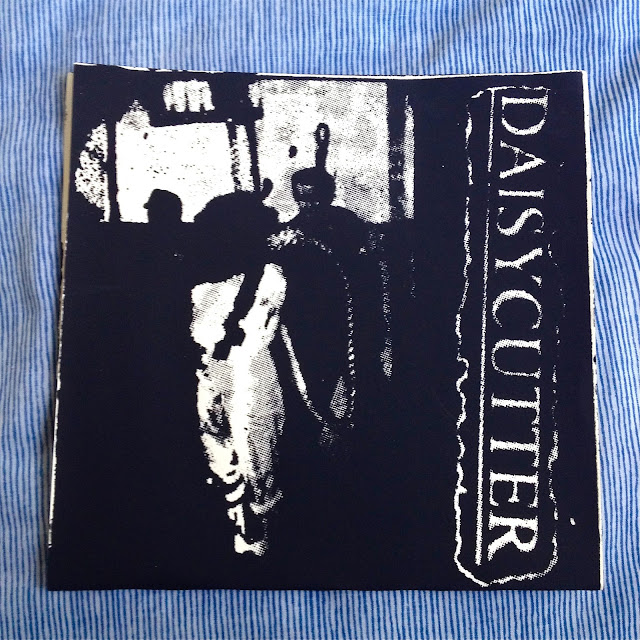 Daisycutter are a band I haven't heard in years. I remember initially hearing them on Myspace back in 2009 or so. I think they were going to do a split with Hooker Spit Windex or something. Anyway, they definitely impressed me back then, and they have held up. Super heavy, Despise You/Benümb influenced fastcore. With an equally rough, and super bass heavy recording. There is little to no presence of any powerviolence tropes in Daisycutter's side. The punch's and kick's here are from the sharp riff changes and fast tempo's. But keeping in typical midwest fashion, the image here is negative and grim. The vocals also give off a bit of a macho/tough guy delivery, which doesn't thrill me that much in this case, but I'll allow it. All in all, Daisycutter's side definitely doesn't have the same impact or response I get from Socially Retarded, but it's by all means incredibly solid. 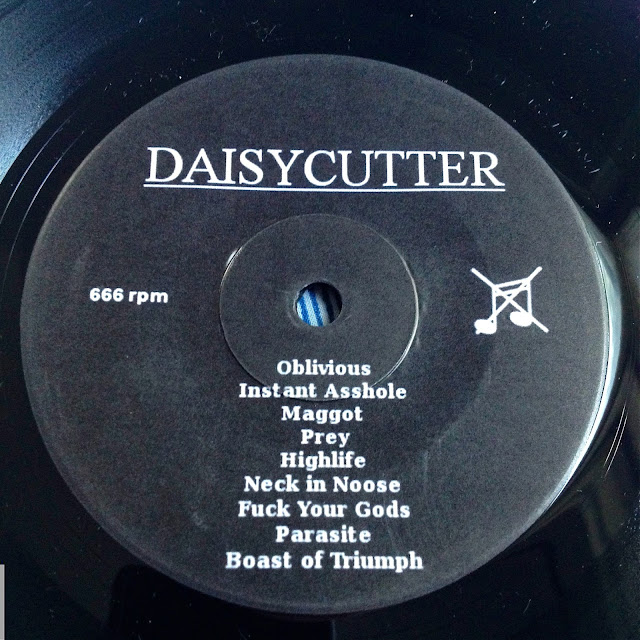 This is the standard edition of which 300 copies were made. A one-sided, silkscreened fold-over cover with a lyric insert. There also exists a more limited edition with chipboard covers and different color ink. That could be fun to hunt for. Also, idk if other people had this problem but my center labels are reversed. 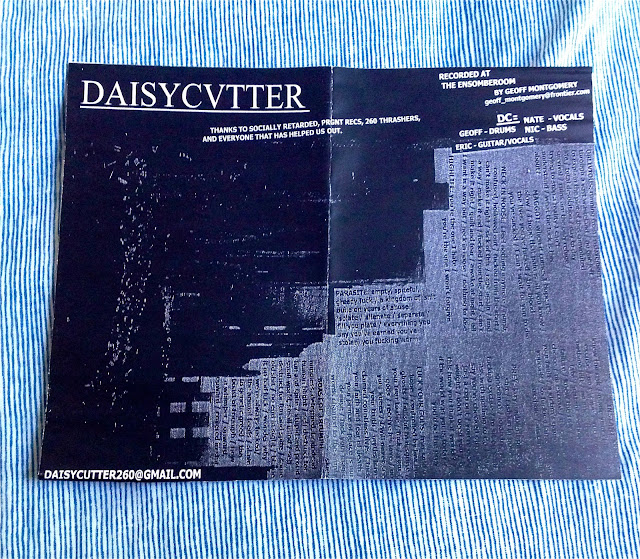 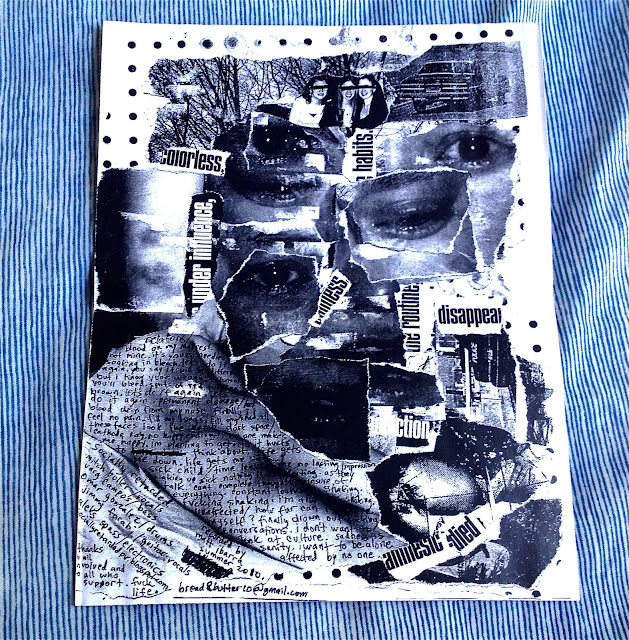 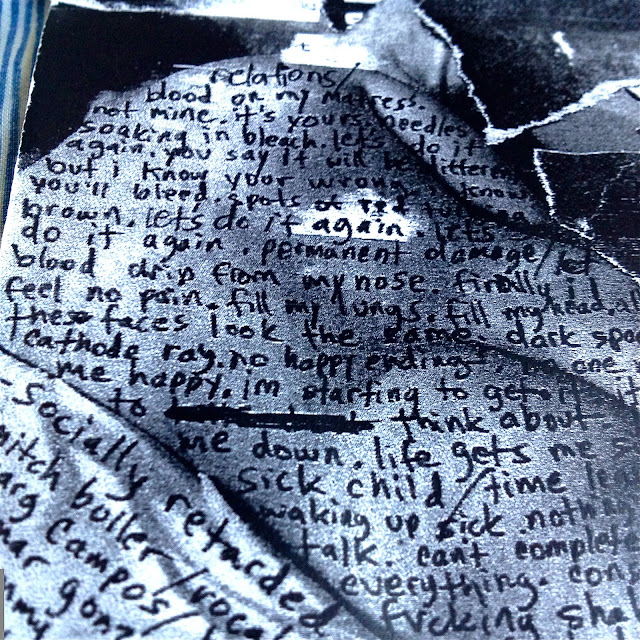 This record is still stupidly easy to find for a good price. If you haven't experienced Socially Retarded's filthy brilliance, you need to buy this. And then seriously consider spending the 20+ dollars for the Sea Of Shit split.