It Burns When I Pee

Another addition of the Hades Mining Co. vinyl split series. Noisecore truly is living and breathing healthy on Built To Blast this year. How could it not though with so many "amazing" artists releasing new and interesting records every day. The scene around the world is truly at a fantastic peak right now. One of my personal favorite noisey bands I've noticed from afar is Deathwank from the UK. A ski-mask wearing collective that do a great job at creating an intense buzz of grind. This was one of the records I was most excited to check out from the bunch of HMC. splits. Black vinyl out of 144 copies, 33 RPM. 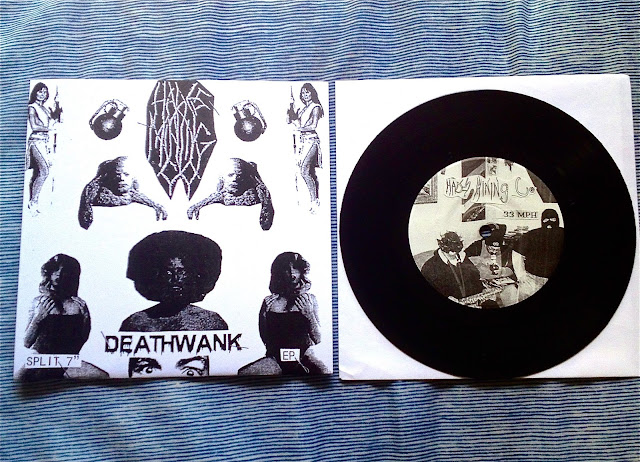 The Hades Mining Co. side is just awesome. All post-irony aside, this is one of my favorite recordings that they've done. HMC. really are at their best when they're just a straight noisecore band. Operating on traits that I think are what makes the genre great. It's over the top, goofy, and aware of itself and exactly what it's trying to do. Ghoulish, cartoony, bellowing vocals intro the first couple of songs, grunting and belching out the titles among other gibberish. Then they slam into some excellent slop blasts. Nice, bassy recording on this one. The instruments have a real nice crunch to them. The second half is a smattering of nonsense band noise and bizarre samples. There are awkwardly edited samples all over the place, it's great. Where does a song end? When does it start up again? It was a wonderful mess of a session, I had a blast. 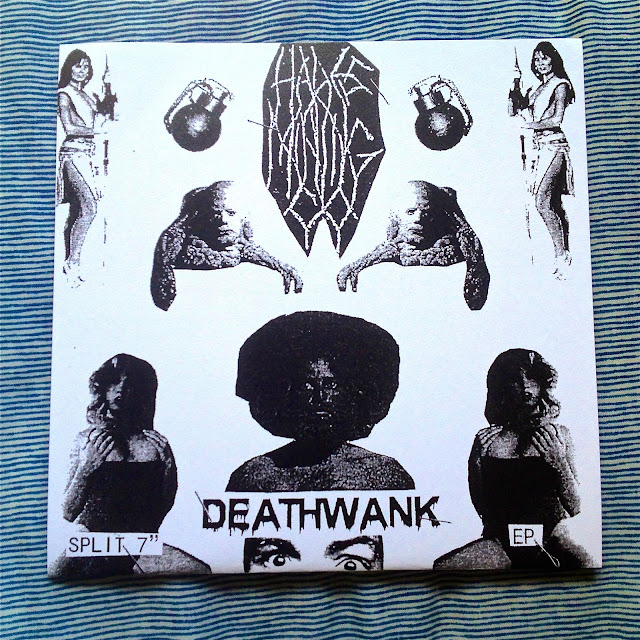 Deathwank have been on a very good roll lately with some of their most recent releases (like THIS ONE). I think they have some members from Sufferinfuck, remember them? On here they give us 16 tracks of some hard free grind, with touches of PV influence. The musicians on here are definitely fantastic improvisors, constantly switching through riffs and breaks on a dime. A lot of it actually sounds pretty tight for how free and structureless it is. I can't really call this noisecore per se, since I can actually make out real notes a lot of the time. It reminds me of the old jamming sessions I occasionally have with various people. Just hard riffing and having fun. Not the best recording I've heard from them, but a solid as fuck second half. 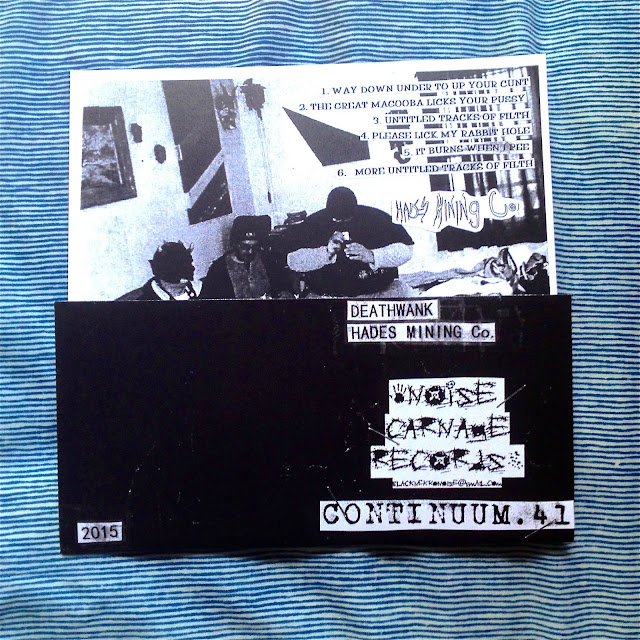 I'm a big fan of the cover art. 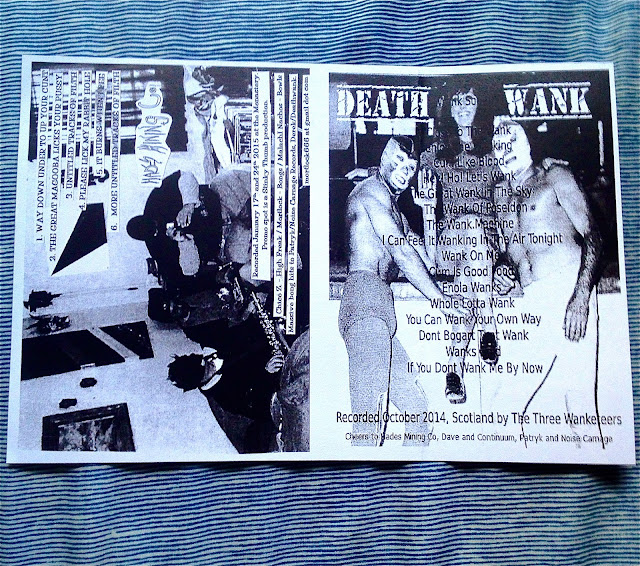 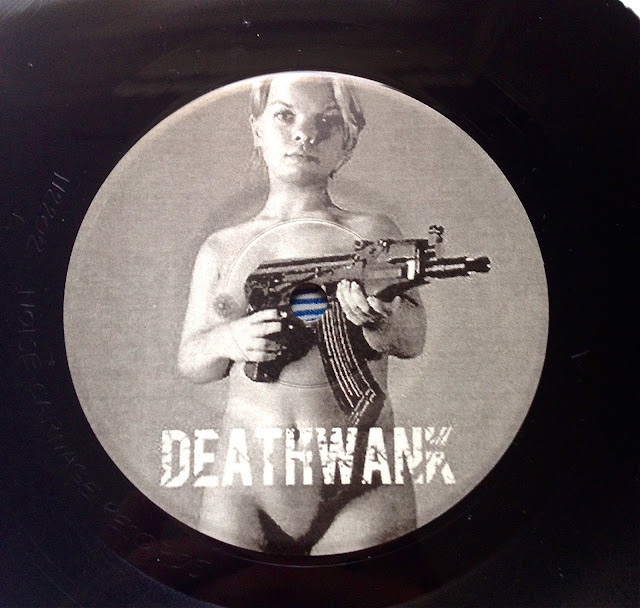 This record is still available from CONTINUUM. I recommend it.