HOLY SHIT, I GOT THE FLOOR BOX SET!!

So yeah, really brief post, expect more tomorrow. I'm tired, but I just got home and unboxed this badboy, and holy fucking shit, I could not be happier. I got this from the kickstarter that Robotic Empire had about a month ago, and I was quick enough to snatch this up for about half of waht it normally sells for. I'm a happy guy! So here's it is with my ugly mug showing it off. Booyakasha! 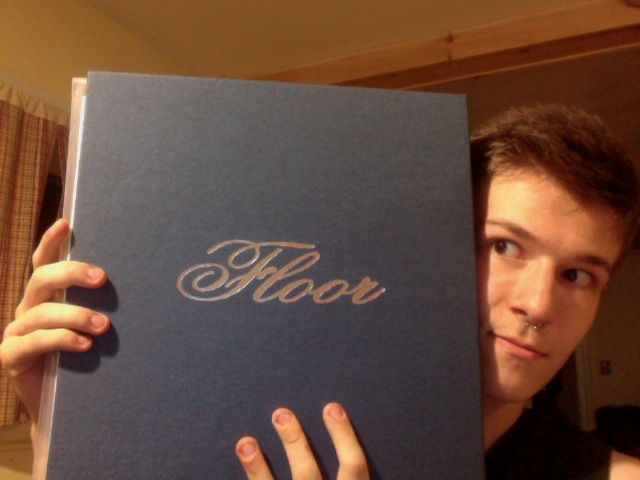 Email ThisBlogThis!Share to TwitterShare to FacebookShare to Pinterest
Labels: below and beyond, box set, floor, robotic empire, vinyl

Well, here it is. One of my most anticipated releases of this year. This could only go a couple ways; love, hate, or disappointment. After the bitter taste in my mouth left by last years Converge/Dropdead split, I was really hoping to love this one a lot. Here's the Converge/Napalm Death split 7", on transparent pink vinyl, 45 RPM. 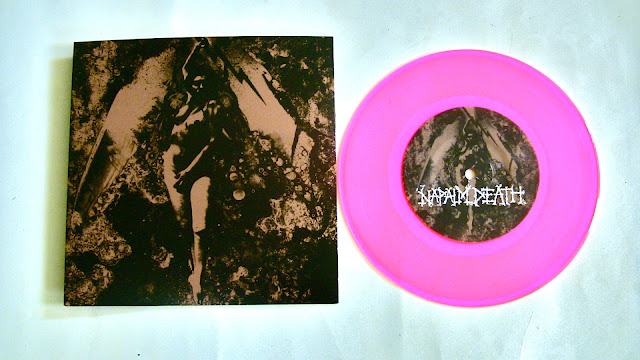 It really pains we to say this, but I really think I don't give a shit about new Converge anymore. At least when it comes to their last 2 splits. It's just been boring, unfulfilling listening with all of their new stuff. One here we got one all new 52 second song called "No Light Escapes" and a cover of Entombed's "Wolverine Blues". The new song, I really don't care for. It's boring, and not memorable in the slightest. The cover is honestly better, and has a lot of guest vocalists on there which is interesting, I guess. I really hate to diss a band that meant so much to me in the past, but I'm really underwhelmed, yet again, but their side of this split. 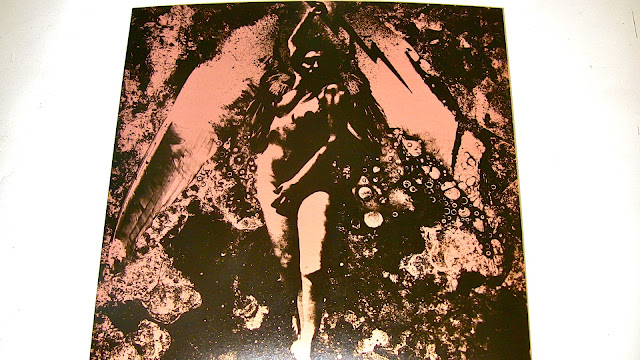 The Napalm Death side however, is pretty damn gnarly. Two new songs from them, one a fast, grindy song, and the other a more modern ND style song. Interesting riffs, some melody here and there, and Barney tearing everything to pieces with his excellent raw as fuck vocals. The recording is a little quiet, strangely enough, Barney vocals are probably the loudest thing in the mix, but the songs really are good and more than make up for Converge's lackluster contribution. 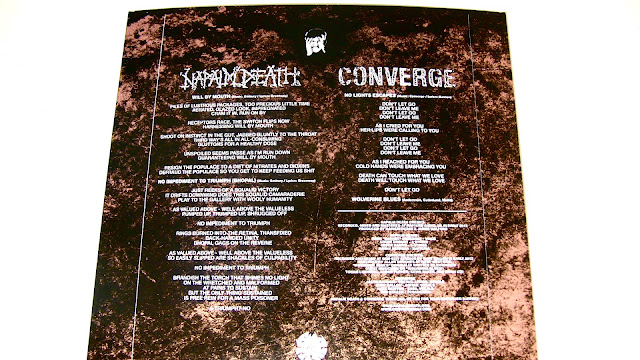 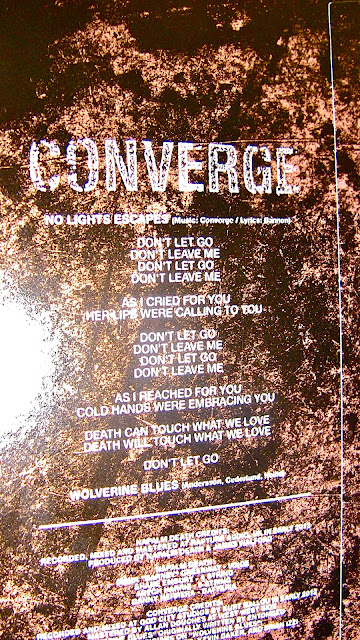 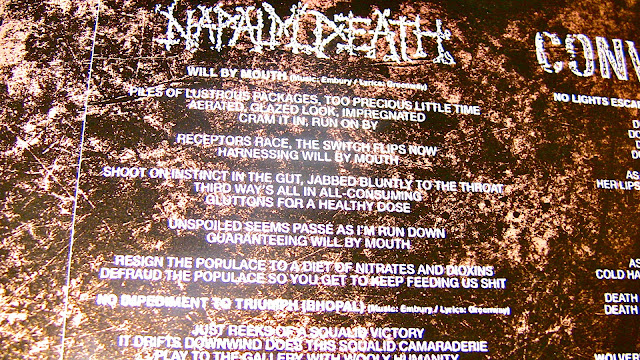 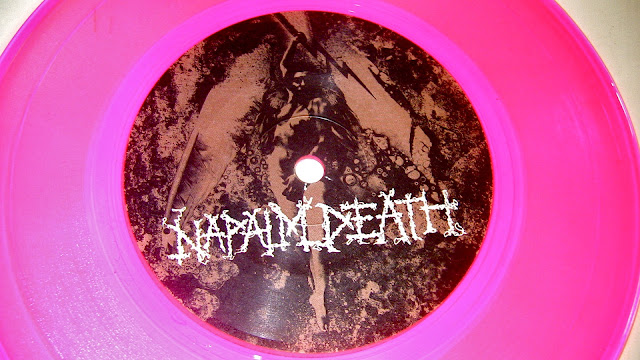 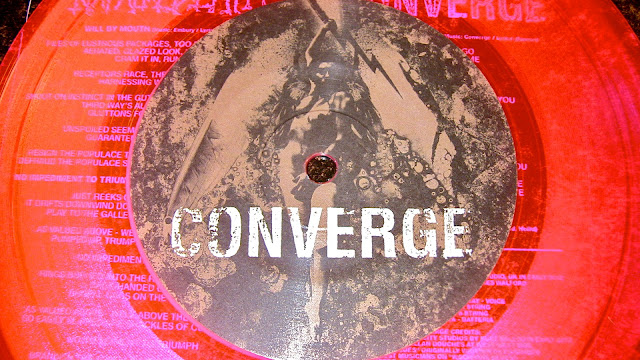 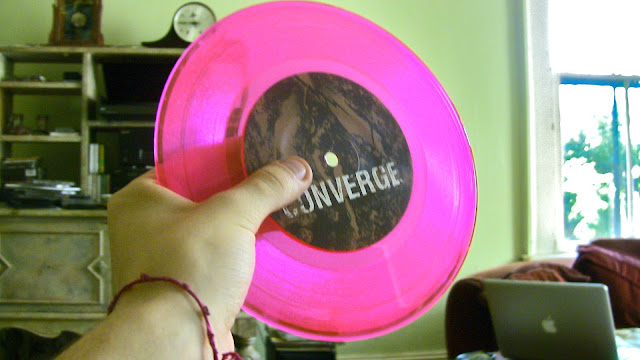 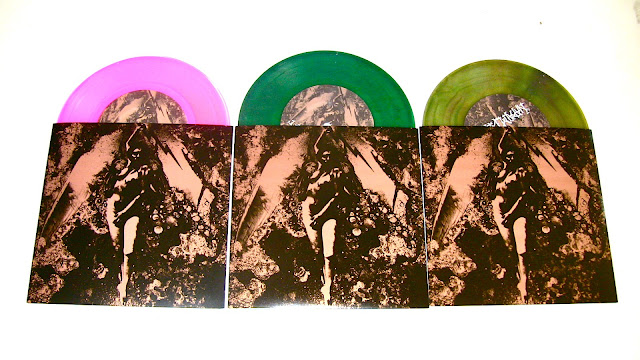 I'm really hoping the new Converge full-length restores my love for the band, otherwise I'm pretty much just going to stop caring for their new stuff. Napalm Death continues to be excellent though, 30+ years later. Fantastic.

Upon shopping for a birthday present for a good friend of mine online, I stumbled upon this, and promptly bought it up for myself. Yeah yeah, buying things for yourself when shopping for others is a little lame, but I've been wanting this for a minute and the Socially Retarded guys never sent me the copy I ordered from them, so it was now or never. Here's the Sea Of Shit/Socially Retarded split 7", black vinyl, 33 RPM. 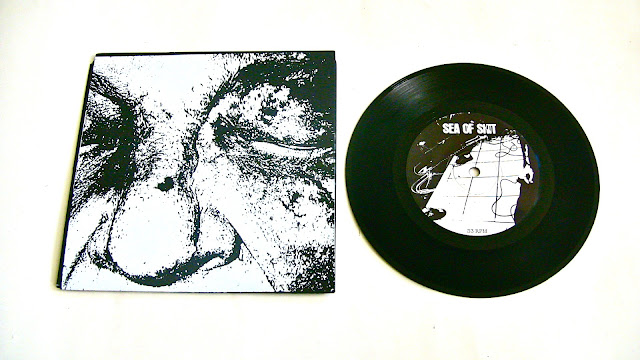 This completes my SoS 7" collection, and I have to say that this might be my favorite recording of theirs. The band is absolutely crushing on their side; 3 songs of their familiar gutter sludge-bass heavy-powerviolence. It's just sickening. Their self-titled is still probably their most disgusting sounding release, but these are definitely my favorite songs. It's really curious how the dudes vocals change on literally every release. Socially Retarded play powerviolence, and they're recordings are basically on the same filth level as SoS's on here. Their stuff is faster, and pretty good, but nothing great. They're a good pairing though, awesome split. 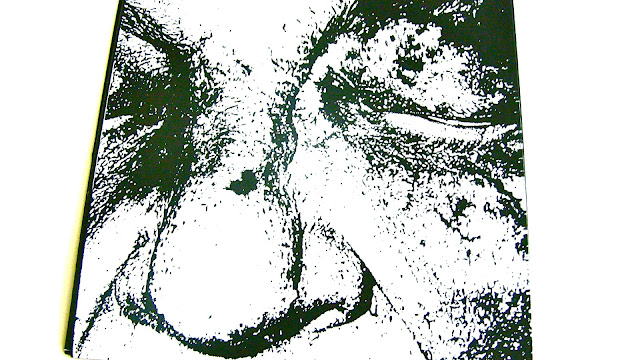 Brilliant packaging with this one. The cover is thick cardstock, and all the art is screen printed. I absolutely love the art and the grotesque aesthetic. It also comes with the SoS patch, and a double sided cardstock insert with lyrics. Pretty impressive for a used copy! 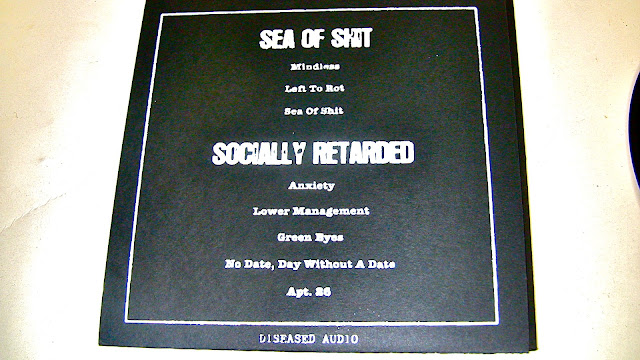 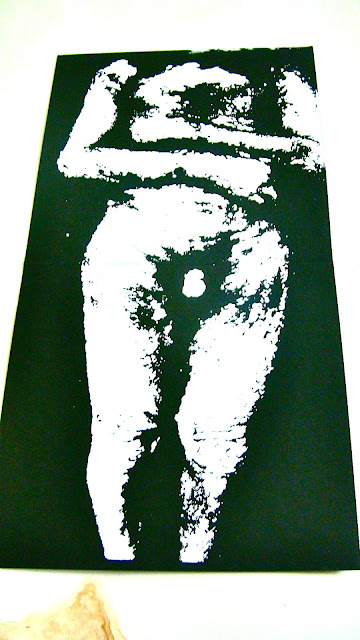 Here's everything is came with. Black dust sleeve, of course. 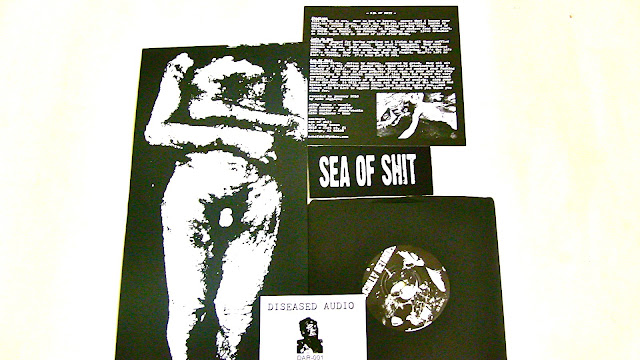 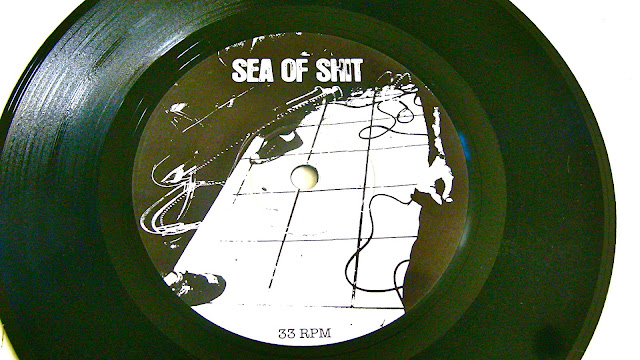 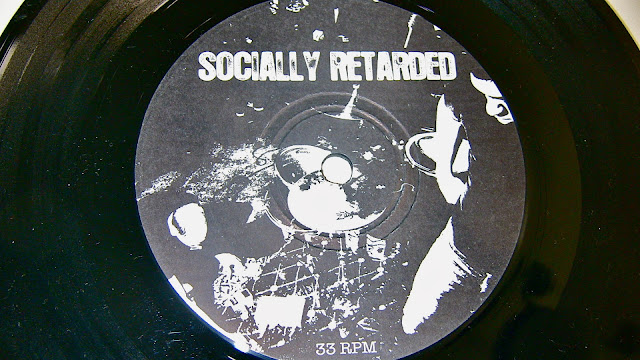 I never see this around anywhere, so good luck.