I've missed out on almost every single tape that Sea of Shit have put out. Granted I have managed to get everything on vinyl. The collector in me does get irked every time I miss getting one of the limited cassette editions though. Sometimes it just hurts to not have things. The Chicago powerviolence scum lords are prepped to have 3 releases come out this year alone; A split 12" with fellow Illinoisians Sick/Tired, a split flexi with Su19b, and a stand alone 7" on Nerve Altar. The later had a limited cassette release on Legitimate Business tapes in a run of 50, and I luckily managed to score a leftover form the Diseased Audio store. 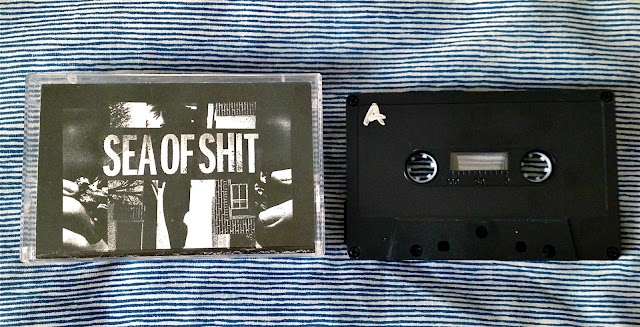 Sea Of Shit are usually always a band I can count on to give me some solid, enjoyable filthviolence. This new EP is thankfully no exception. Their 3rd "self titled" release stays true to their sound but comes off just a bit stronger, catchier and more well written. It reminds me a lot of their first 7" (not the demo) in a lot of ways. Since this is more or less just a promotional item, I am keeping my final thoughts on the EP until I hear the proper recording in full. This dubbing, while acceptable, is definitely not a final product and should not be critiqued as such. I will say that the boy's have given us another banger for sure. Probably one of my favorite recording's they've done. With a fresher, new line-up too! Grooves, and slow parts are used in spades, and they are powerful earworm material. The typical slow/repetitive song at the end wasn't a great way to end it, but I'm just sick of that cliche by now. 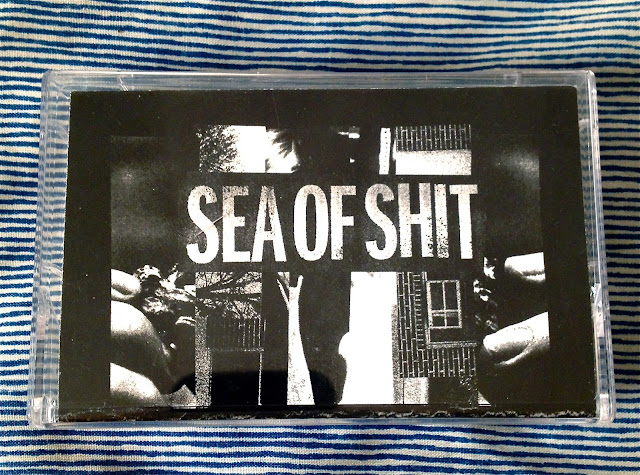 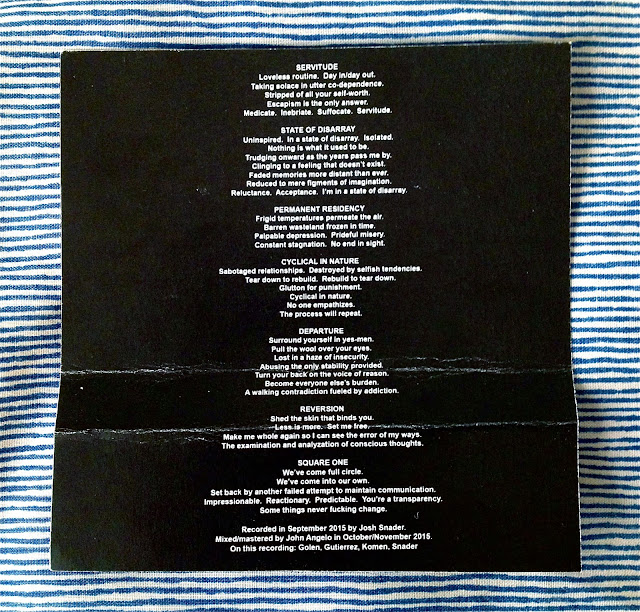 NYC grind label Nerve Altar Records will be handling the future vinyl release of this bad boy. They will obviously do a stellar job with that record. For you tape collectors out there, this is now OOP, so you better start your online digging for a copy. 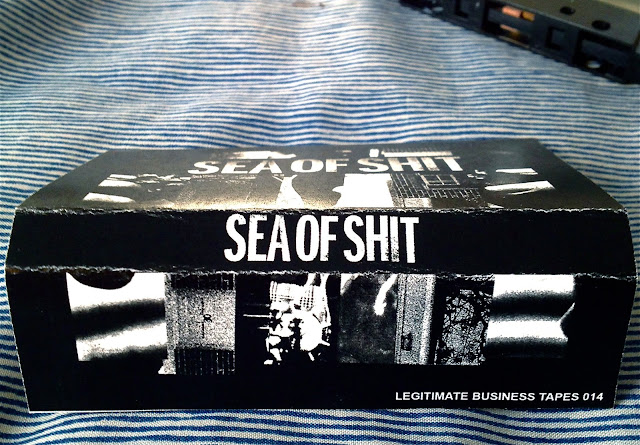