Toyota Has Nothing To Do With Hardcore

Obacha has been a favorite of mine from the catalog of amazing Canadian bands. A three-piece at the time of this recording, and onward, they made some of my favorite lo-fi fastcore ever. This split with Chetwrecker originally came out on a self-released cassette, which I've had for a while, and I finally got the 7" vinyl last month. Released by Mullet Death and Black Banana Records, 45 RPM, red marble vinyl. 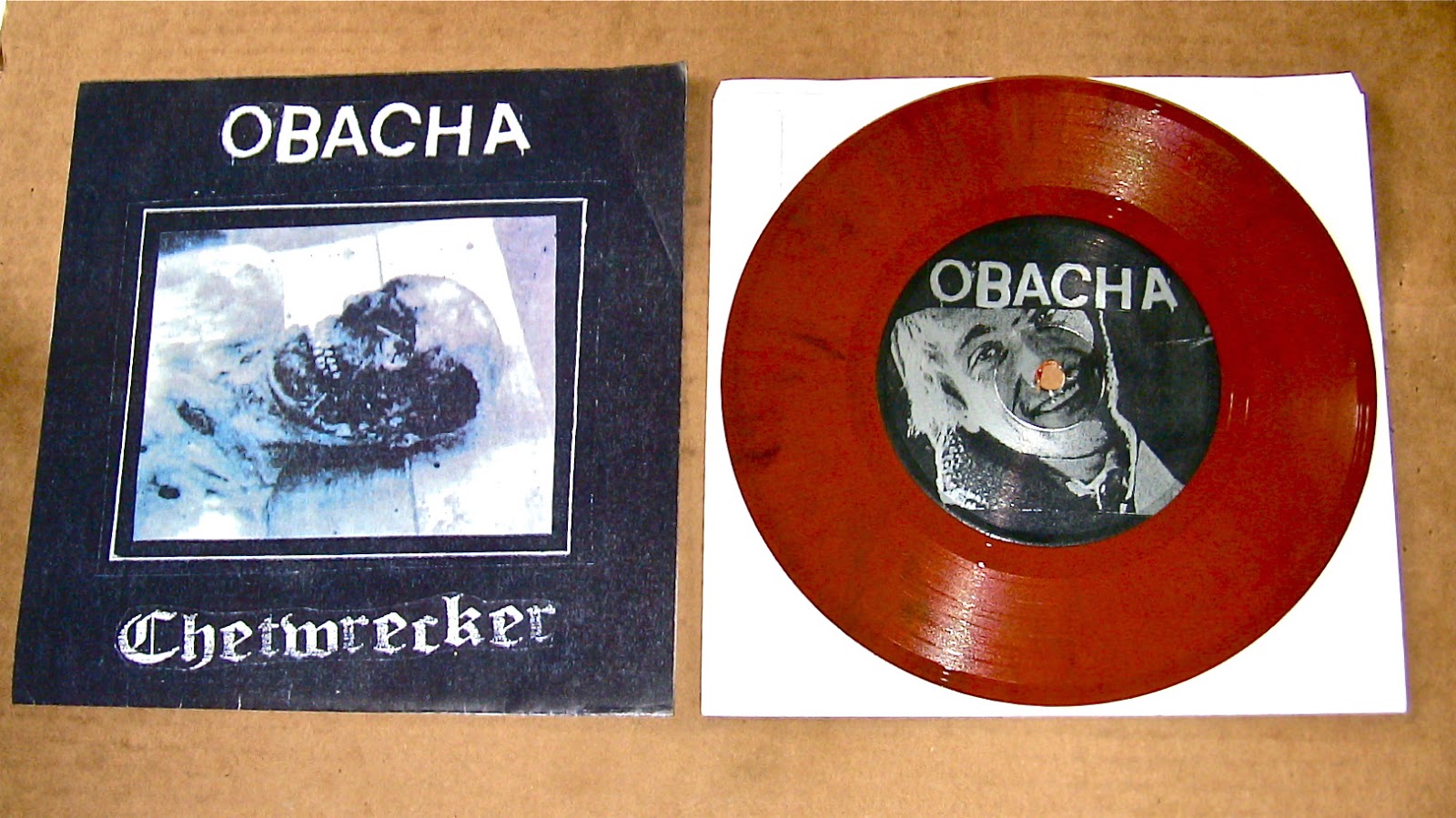 This one of the lowest of fi records I've heard in a long time. You gotta crank this thing to get to that exciting, loud level. Never the less, Obacha's side is some of my favorite in their discography. This is one of their most manic sessions ever. Pulverizing stop and start fastcore, the kind where everything is brought to absurd, freakish, Japanese-level insanity. Chetwrecker is a lo-fi grindy violence band from the west coast with members of Misanthropic Noise. They bring some solid grind tunage to the table, a good mix of Despise You/Lack Of Interest style powerviolence and mid-west manic rawness. There's some good grooves and some creative enough slow parts to keep my interest, and peep the new 7" on Opaques Records that I'm pretty keen on getting. 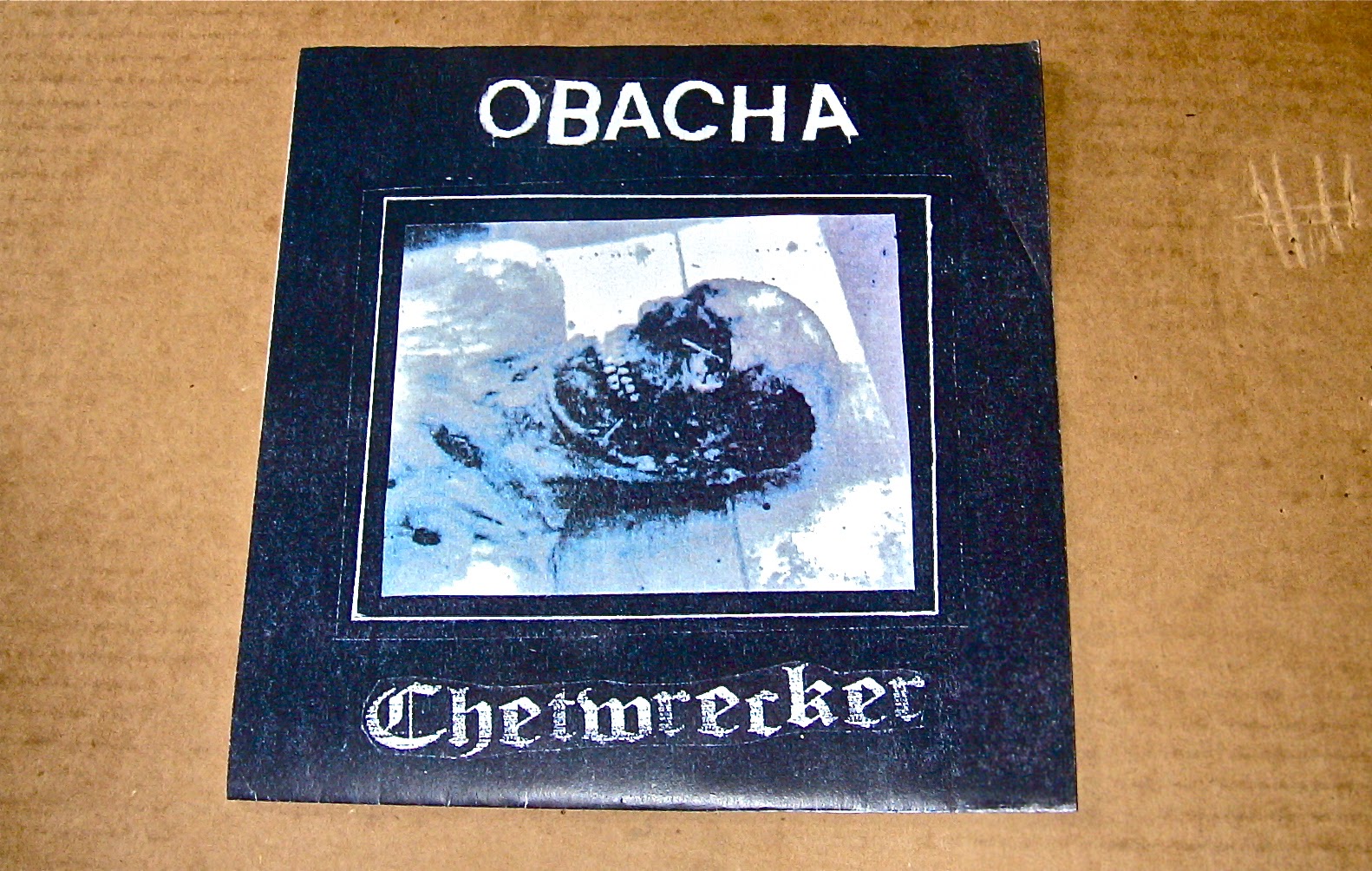 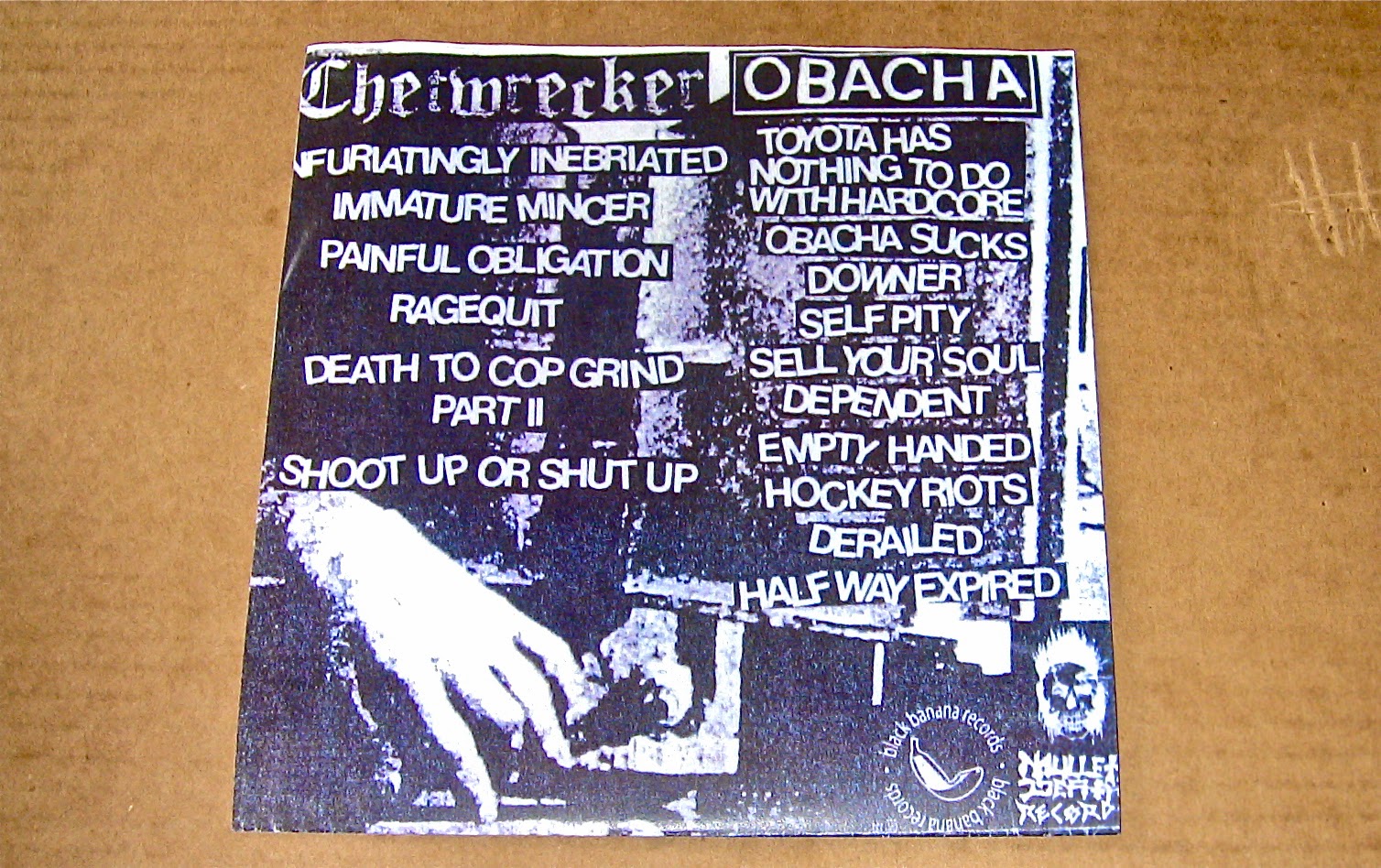 DIY packaging; a photocopied cover sleeve and insert. Not far off-looking from the tapes packaging actually, except for the artwork. It fits. 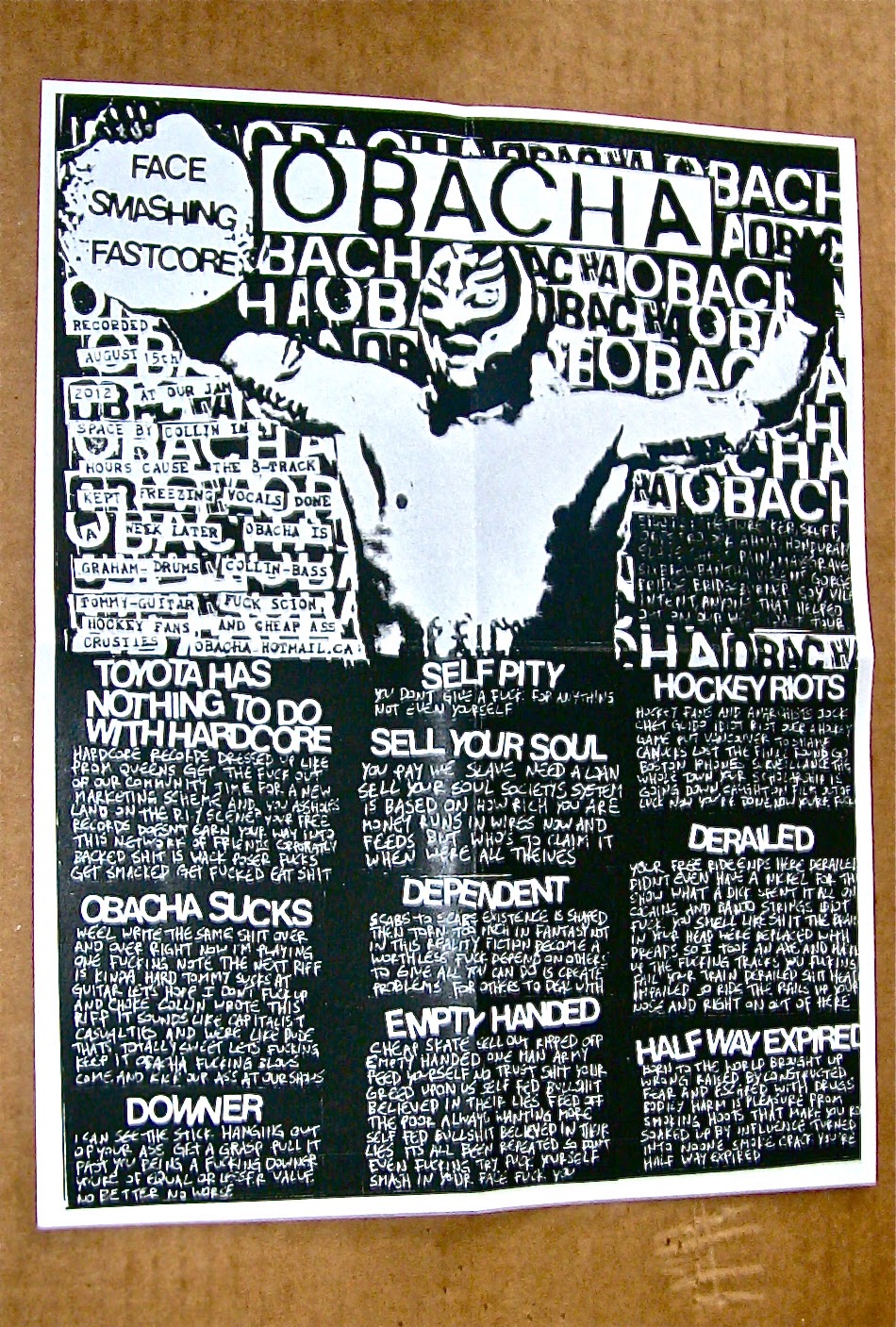 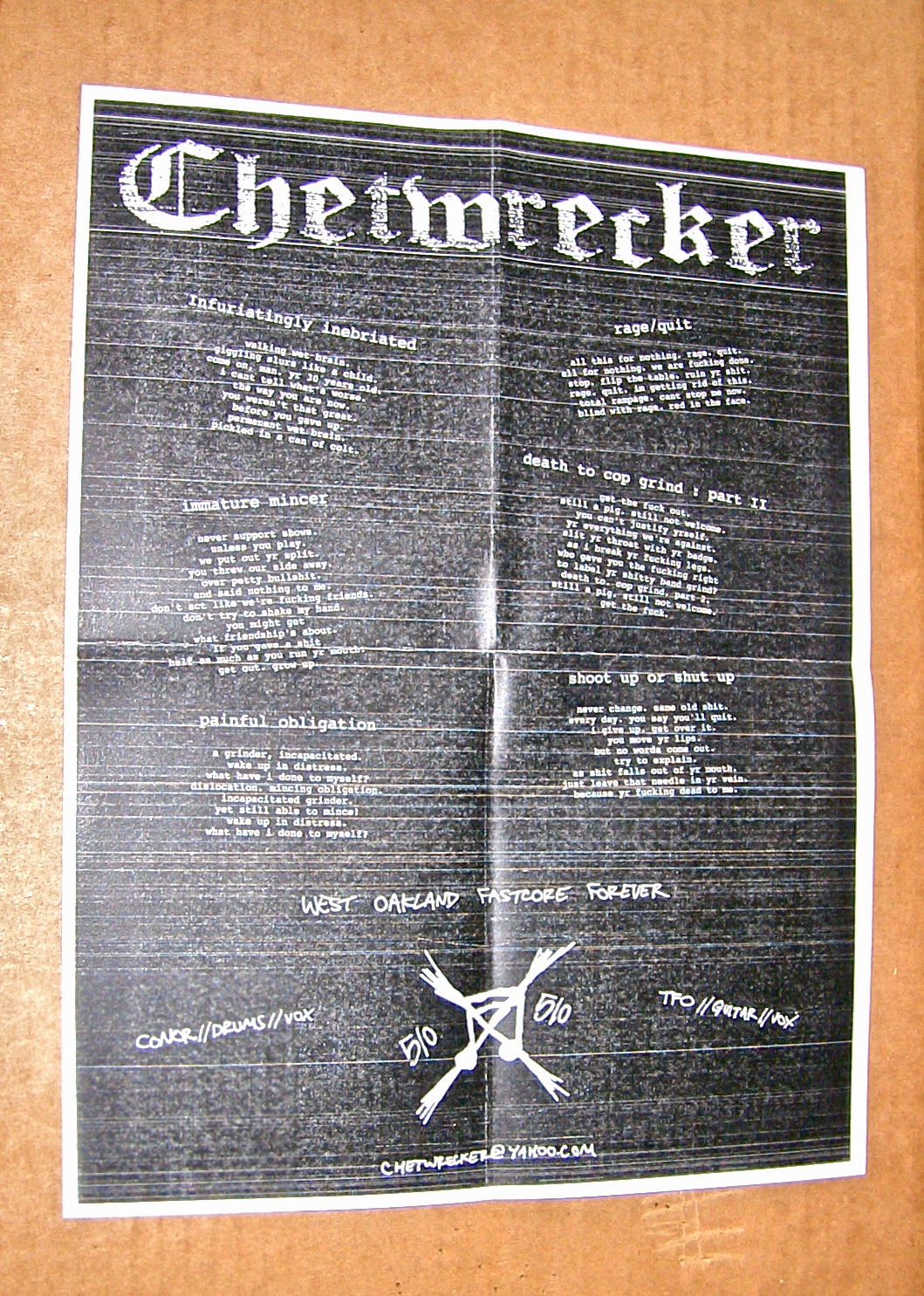 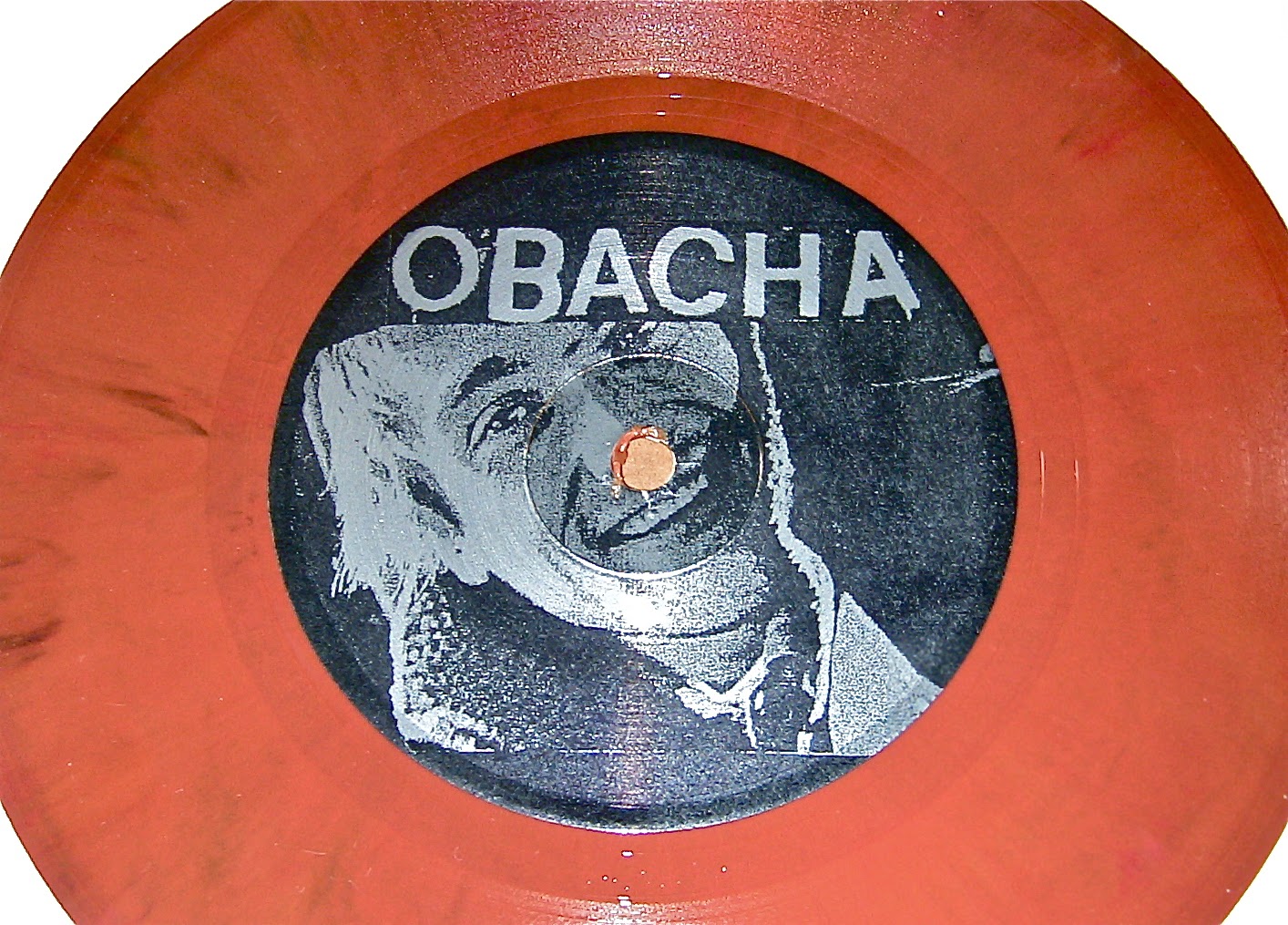 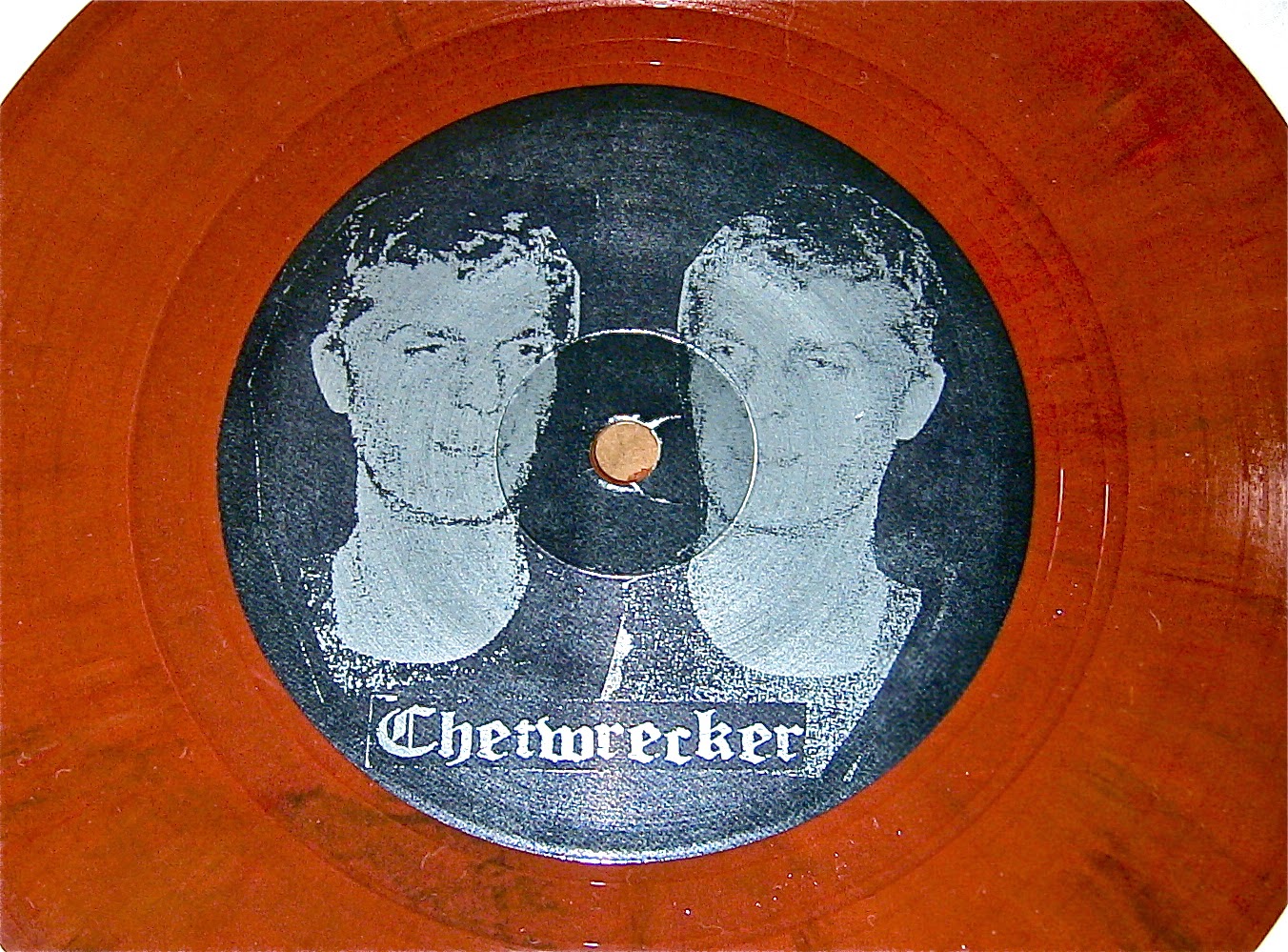 The only Obacha record I need is the Stillbirth 7". And that damn split with Slave, who I swear are a ghost band by this point. I haven't seen their releases anywhere.' Obacha have split up at the tail end of last year, but a couple member kept going with an absurdely good project called Throat Slitter. Who's one demo is hands down one of my favorite releases of 2014. I still need to get that one too.