I fucking love Post Natal Drip, I think they bring a certain kind of whimsy and a more refreshing musical freeness to their particular style of noisecore. They've been around for a couple years, and unsurprisingly have already created a girthy discography. I was lucky enough to do a split with these fine lads, but since they are from Canada, getting their tapes into my hands has been kind of a difficult feat. Thankfully, earlier in the year I was able to score the first two tapes they ever put out! This is the 1st demo, released in a hand numbered run of 80 copies. 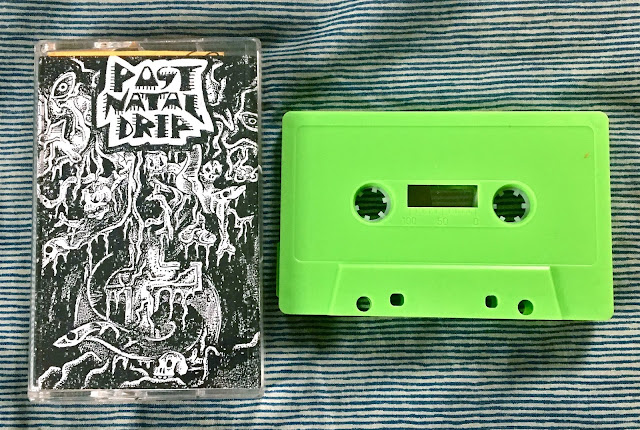 Every song on this tape was written and recorded on the spot, and the freeness and general drunk and sloppy charms are there in full effect. This is noisecore made by dudes who love jazz and outsider music as much as brutal grindcore. There's definitely more riffs than just detuned bass noise, and the tone is super brittle and fuzzy with a psyched out, garage rock flavor. The vocals are incredible, and completely dominant in the mix. Honestly, considering the buffoonery of the lyrics and delivery there's a lot more akin to bands like Drunks With Guns, Sockeye and Fossil Fuel than say, 7MON. I may have lost some people with that comparison, which is fair. I can listen to it on repeat though. 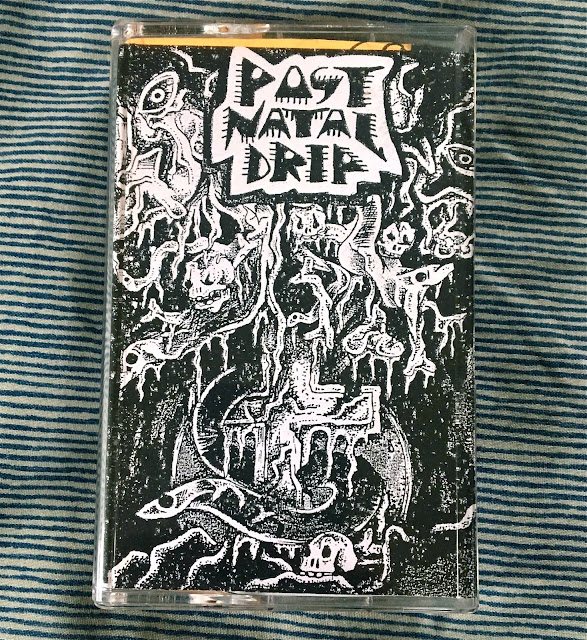 Post Natal Drip have always had some pretty killer artwork. I remember when I first saw this cover art with that logo and it just looked so rad! It looks like some sort of sci-fi thrash/death metal aesthetic, I really love it. My copy came on a green tape and included a double sided lyric sheet. 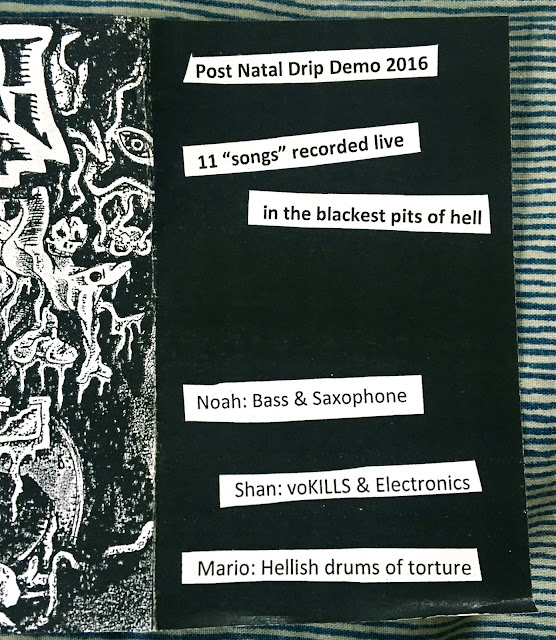 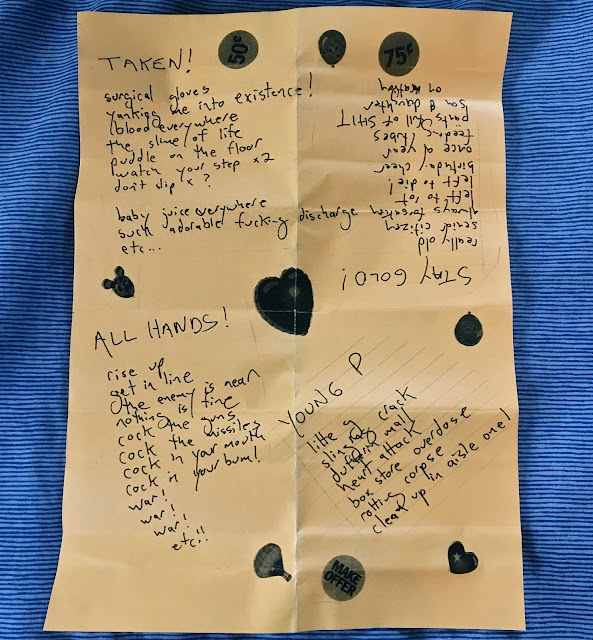 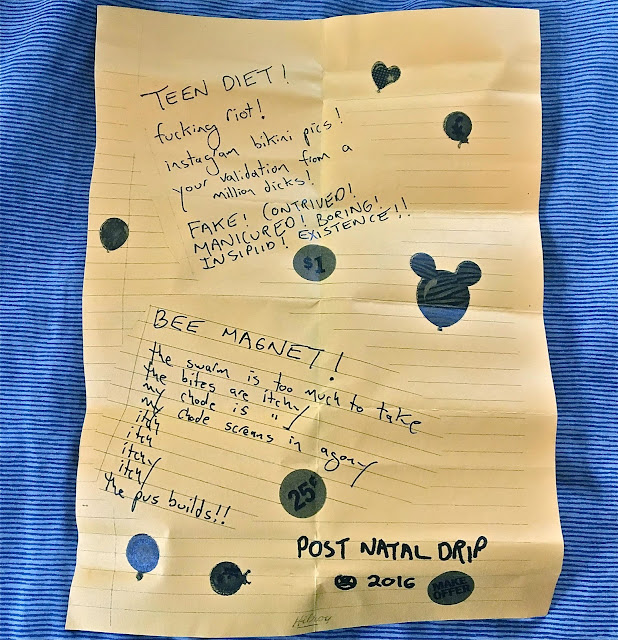 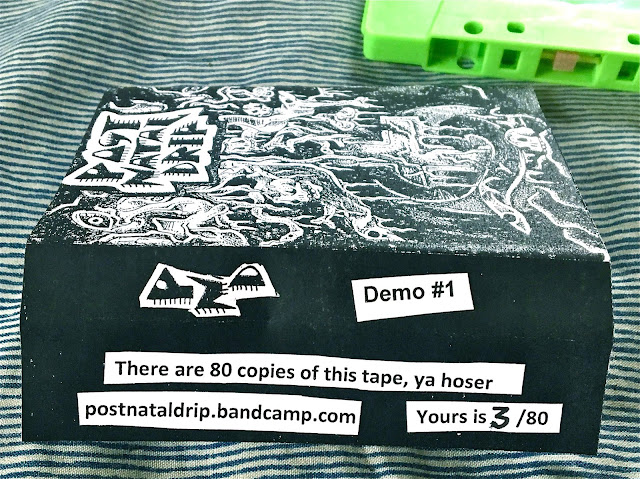 So yeah, good luck finding this tape, but if you spot and PND shit anywhere I'd say pick it up and get lifted.