Upstate New York, my home turf, has been a dry and sad place for intense music for the majority of my life time. I could probably count the number of bands I regularly listen too from here on one hand. Which is why when a record like this comes out, I just get a big 'ol smile on my face. "Ludicrous Speed" is the debut 7" from Dialysis, a ripping guitar/drums/vocals trio out of Syracuse. It came out on veteran Syracuse hardcore label Hex Records. Which is actually owned and operated by frontman Ryan Canavan. No idea how many are on pink vinyl, 45 RPM. 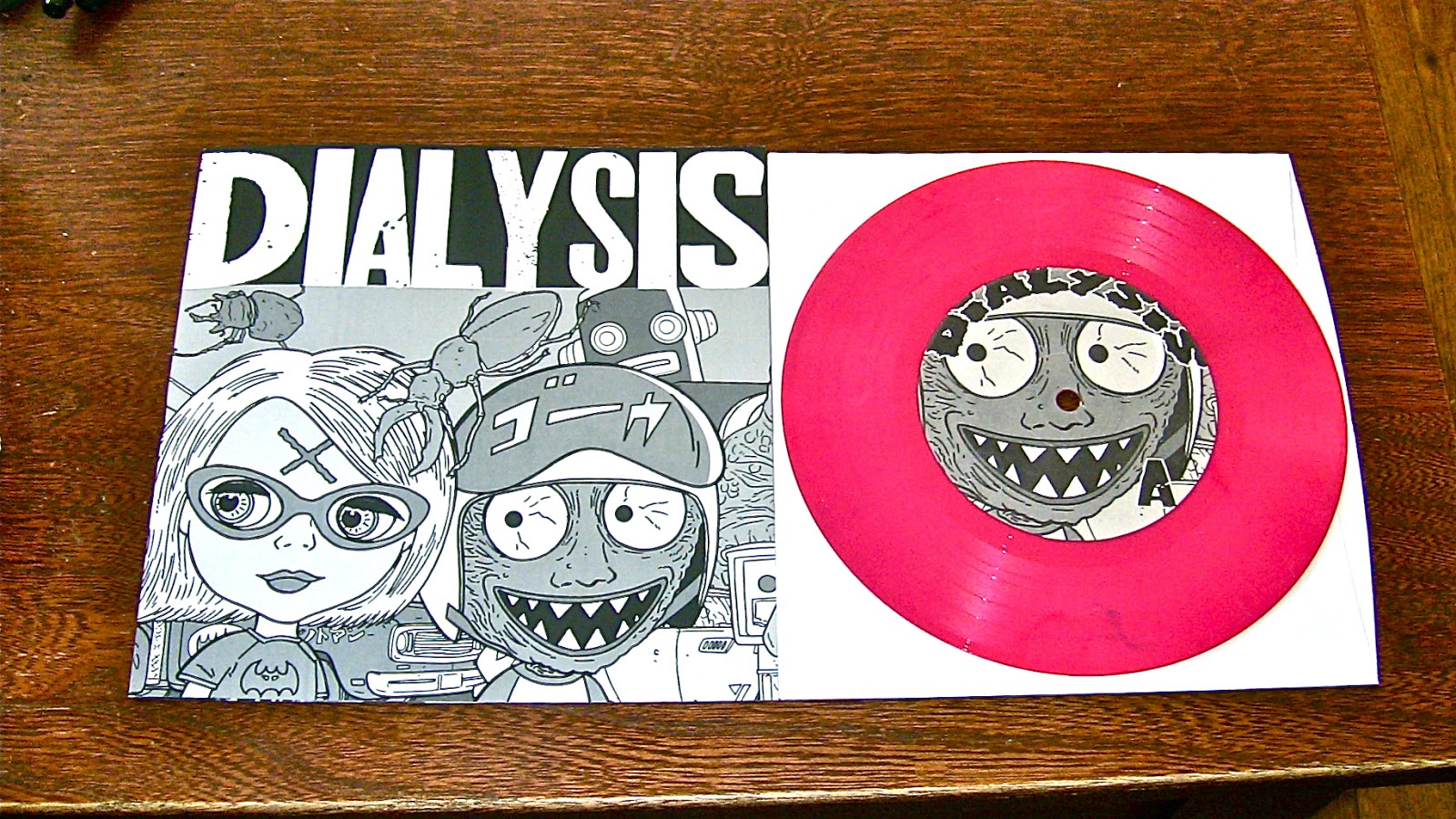 Dialysis are an unusual hybrid of sorts, one that I haven't heard many other bands too. Imagine if a youth-crew band started listening to a lot Exodus and Assück. The songs here transition through major-chord hardcore riffs to 100% thrashy grindcore and tremolo chugs seamlessly. The mid-range, shouted vocals being the only consistent "hawdcore" element. Jessika from Inerds even makes a brief vocal cameo on the third track! It's really fun stuff, and I'll be a monkey's uncle if I'm not sold by a "Spaceballs" reference. 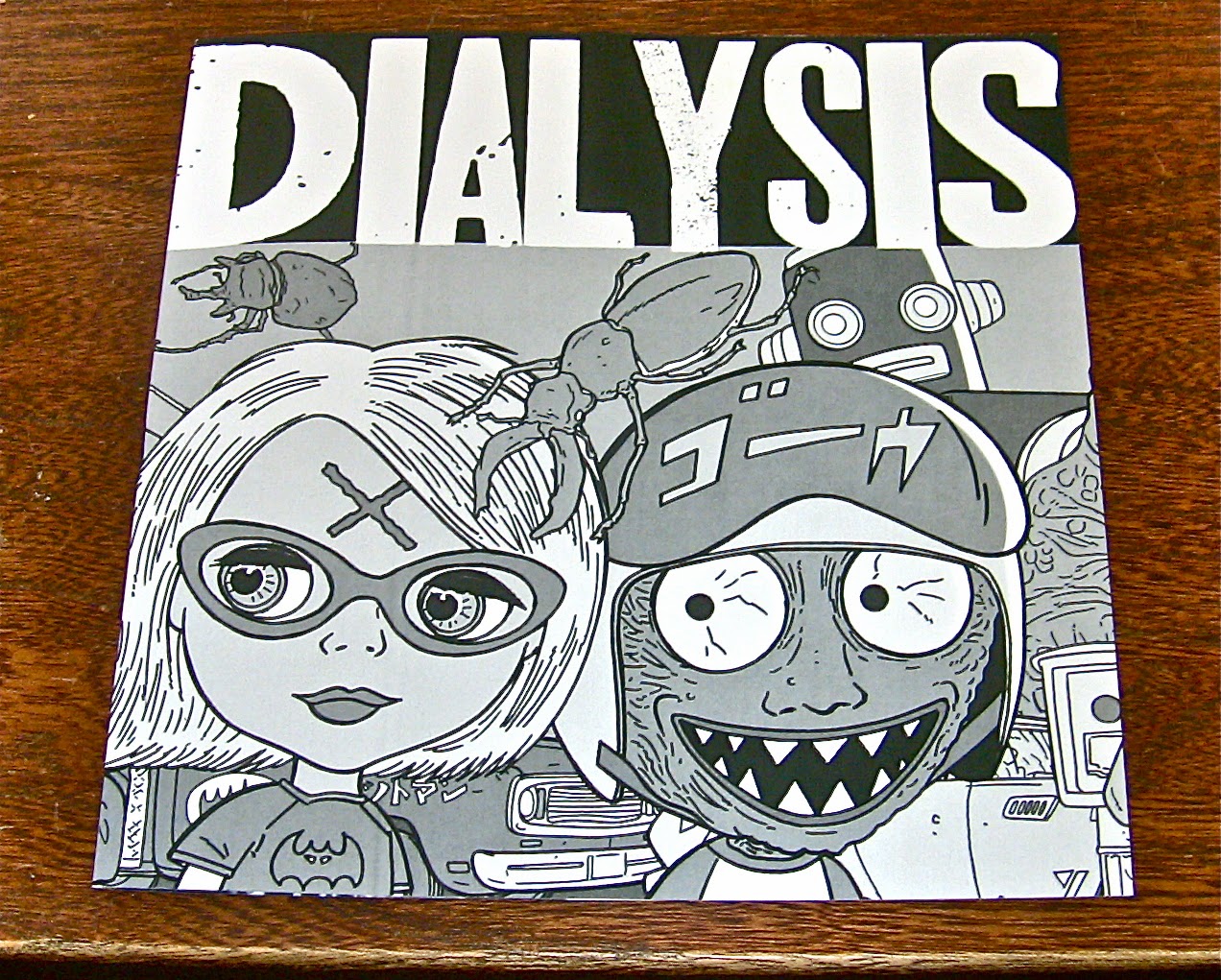 This whole package came out really well. I'm glad that these guys were able to put out a record that looks this good. I've seen this whole thing played live a few times, and they translate great, if not better on on wax. Pretty sure I recognize a few of the shows that some of the inner photo's were taken at too. 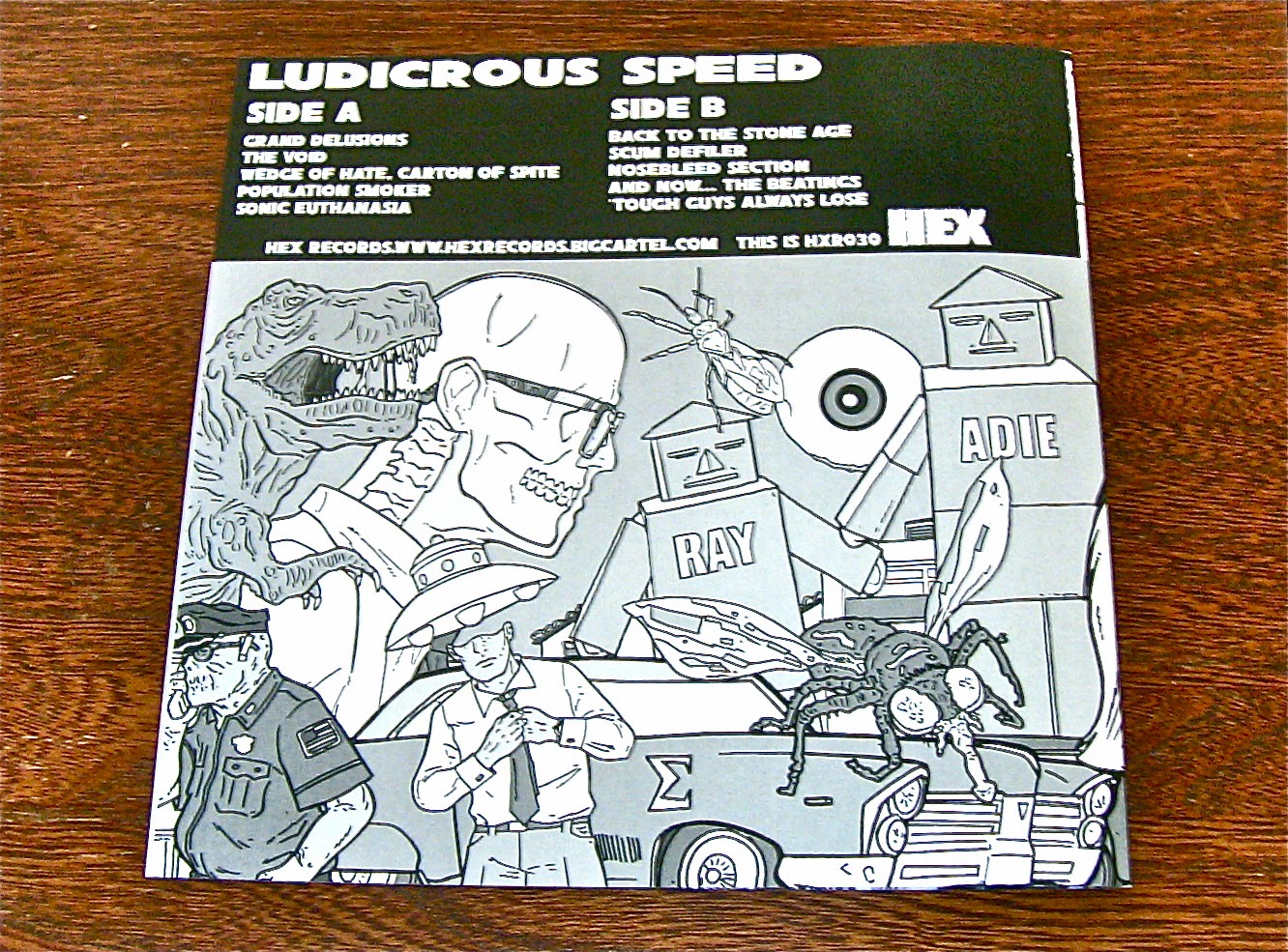 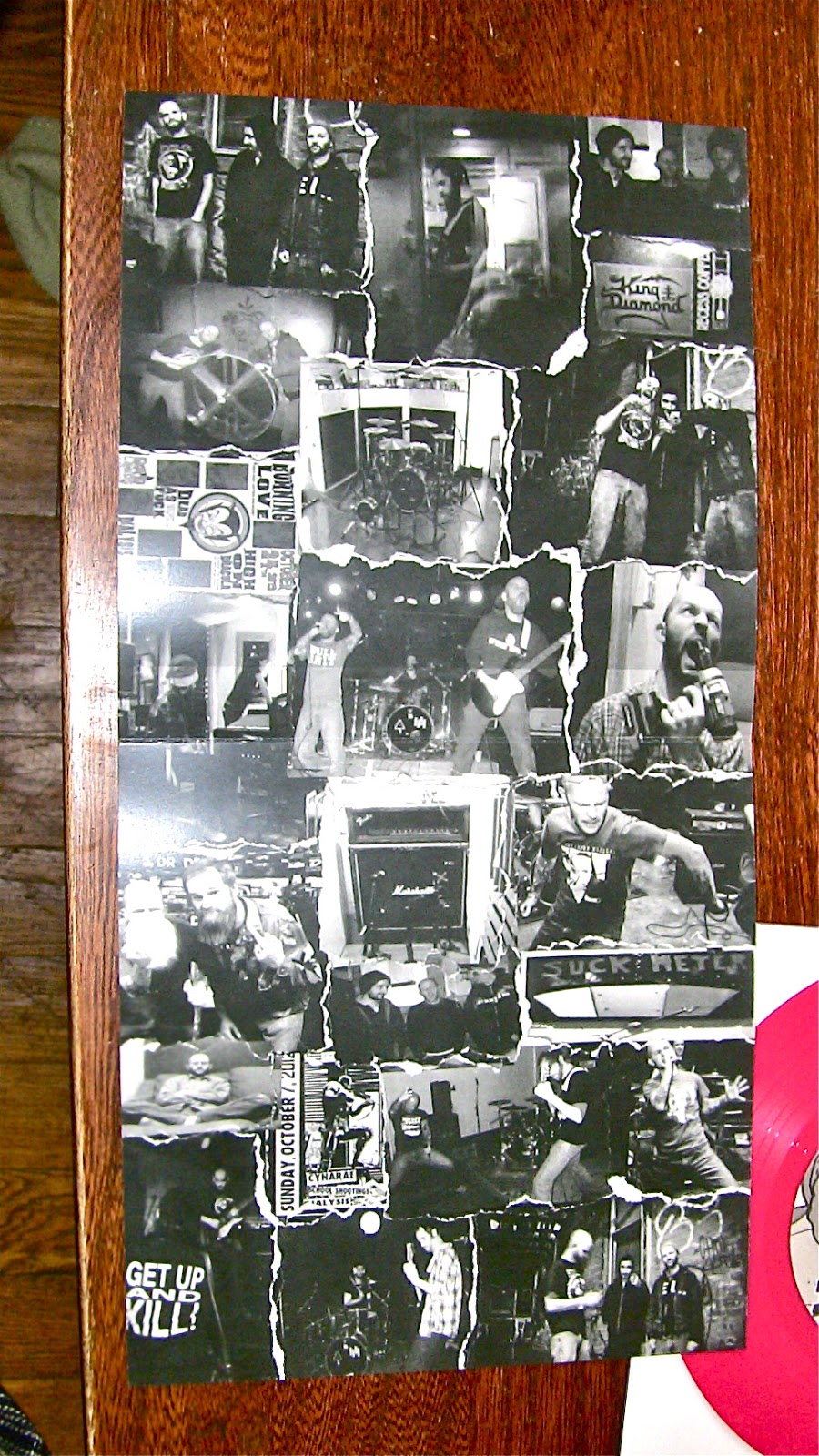 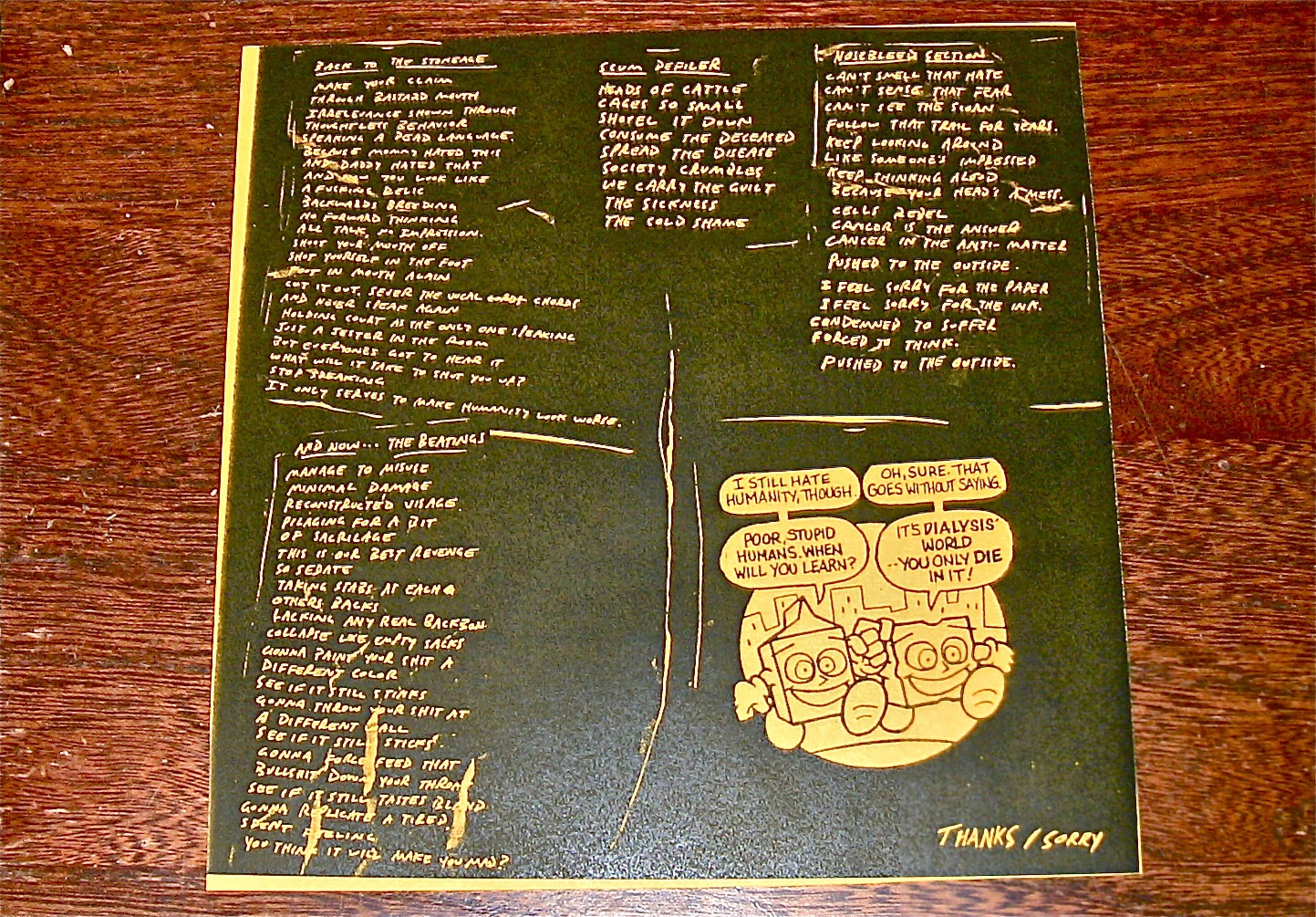 Pick up a copy at Hex Records: HERE