Anyone who collects grindcore should have at least 1-5 Agathocles records somewhere in their stacks. I myself have about 30, mainly sticking to their 7" split releases. Reviewing their records seems pretty superfluous in 2016 though doesn't it? Their best material has been re-re-re-recorded over countless releases and bootlegged records. Is Agathocles even a real band anymore? It's hard to tell how serious the members take the band now, at least in regards of writing new material. Regardless, their releases are usually always fun and I try to pick one up whenever I can. Agromosh Records recently repressed a great double 7" collection they released years ago entitled "Keep Mincing"! 2nd press on purple/dark blue vinyl 33 RPM. 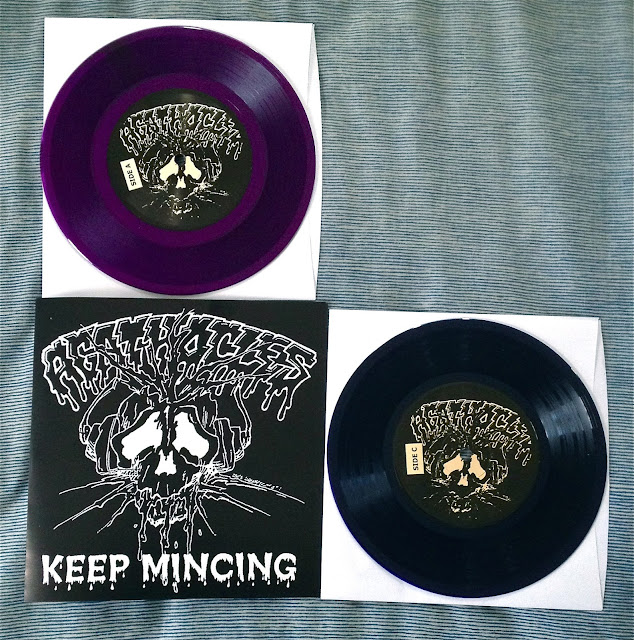 These recordings were originally released on their first press of this record back in 2002. Half studio and half live recordings all done in 1988 (arguably around their best era). The A-side is all studio tracks recorded around the same time as classic recordings like "Cabbalic Gnosticism". It's a brutal recording, loud and violent. One of the best recordings I've heard from the mincecore legends. All the classics are here, like "Christianity Means Tyranny", "Lay Me Off", "Mutilated Regurgitator", and "Introtyle". The live recording has it's charm, but like too many Agathocles recordings, it's pretty painful to listen to. The (awesome) vocals bellow over everything else in the mix, the drummer can barely keep time, the riffs are buried in fuzz. I wouldn't be surprised if it was all recorded with one microphone 50 feet away from the stage. It has charm, of course, but I'll stick with record A more often then not. 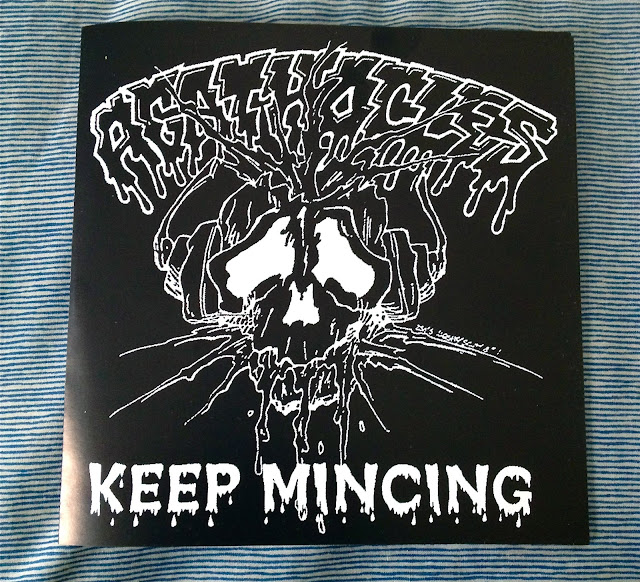 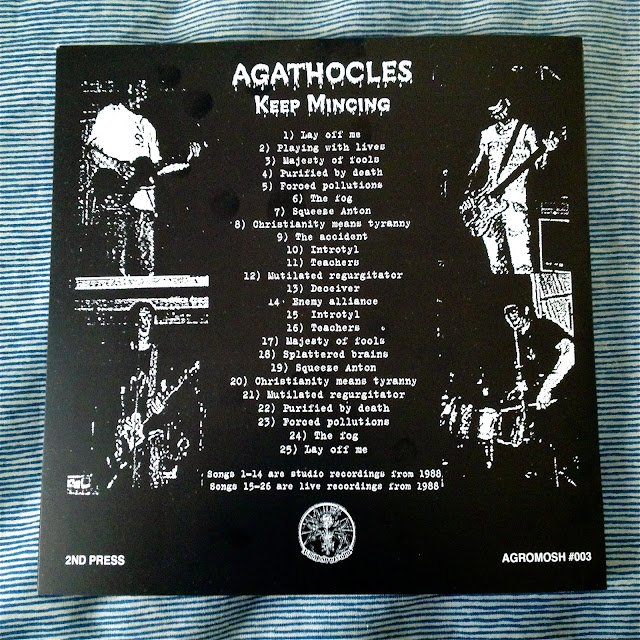 Both records come packaged in a fold over, double-sided sleeve with all the info you would want to know about this record. Class. 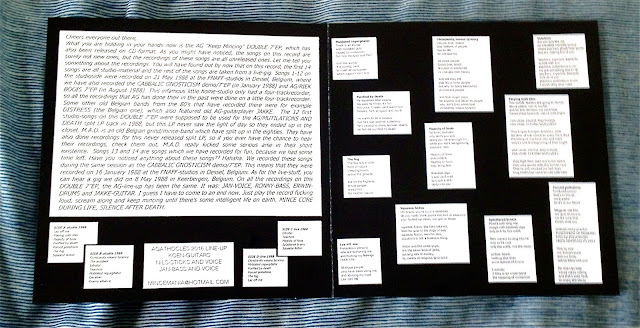 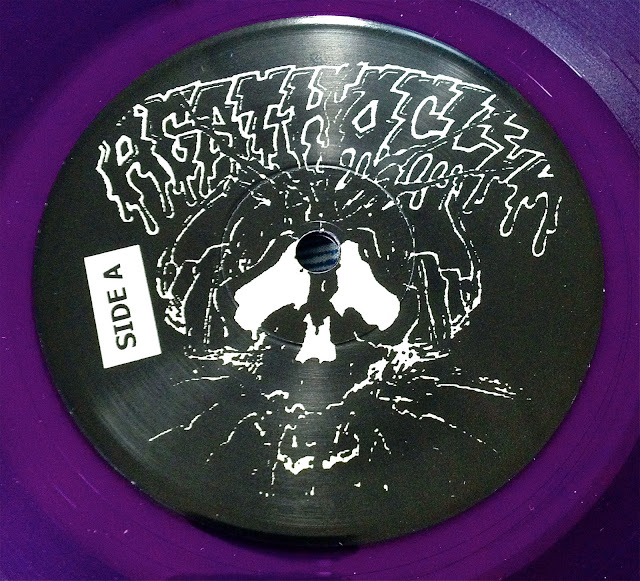 You can probably find this in any good distro anywhere. FFO staying true to your roots.