A quick little post about an incredibly dank gorenoise tape that I was happy to pick up semi-recently. A short and sweet pairing of some incredibly solid projects, Oozing Pus from Arizona and Sarcoptes from Missouri. Released by the mighty Craniophagus Parasiticus Records early in their existence. No idea what this is limited to. 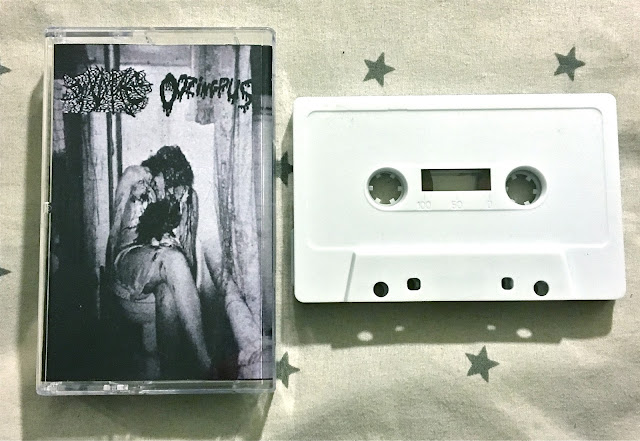 I've followed both of these projects pretty closely since I found them. Both were still pretty new, like within a year old when this split was made. Fantastic, wet, gurgley, drum machine basting gorenoise, no frills or tricks. Oozing Pus opens their side up with a devastatingly long sample describing a gruesome scene of disembowelment. Whatever movie it was taken from sounds fascinating and terrible. After the long ass sample, the Pus's characteristic bass rumbles and gurgle-roars start booming. The programmed drums, as usual, sound nice and crisp and are perfectly brutal and crude. The sharp, slam snare sound is totally in effect. This project always knew how to have great build-ups and segways into hyperblast moments, it's some wonderfully crafted gore. After four great tracks the side is over before you know it. 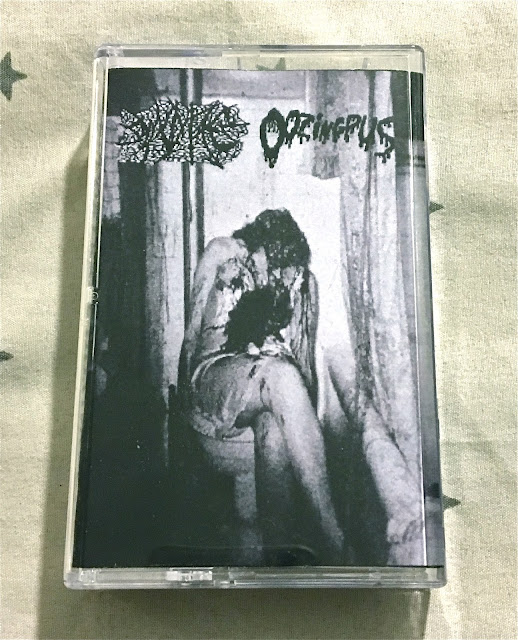 Sarcoptes offer 4 more tracks, and it's some of my favorite material from this project by far. More blown out gorenoise, with super bubbly vocals. Again as usual, the drums sound great, but stay within that more realistic realm of drumming. No ridiculous inhuman tempos or anything. The blasts stay pretty consistent throughout all 4 tracks, saving one measly little groovy riff for the tail end of the song. Some of the best sounding recordings this project was able to get, I'm not sure if Austin is keeping it going still. Super solid stuff. 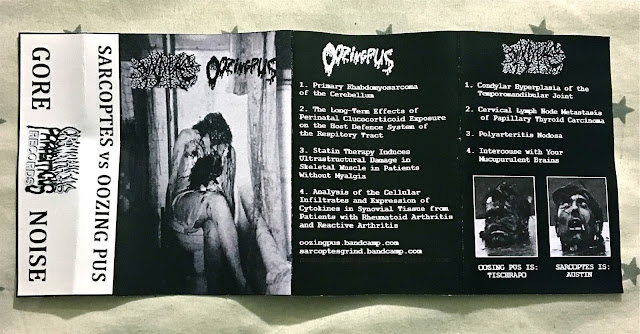 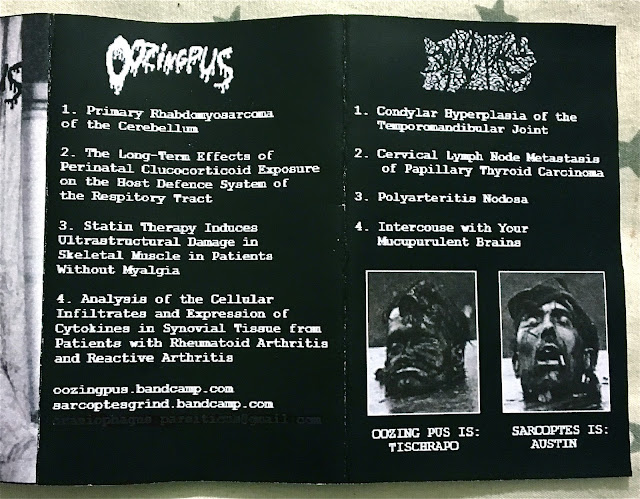 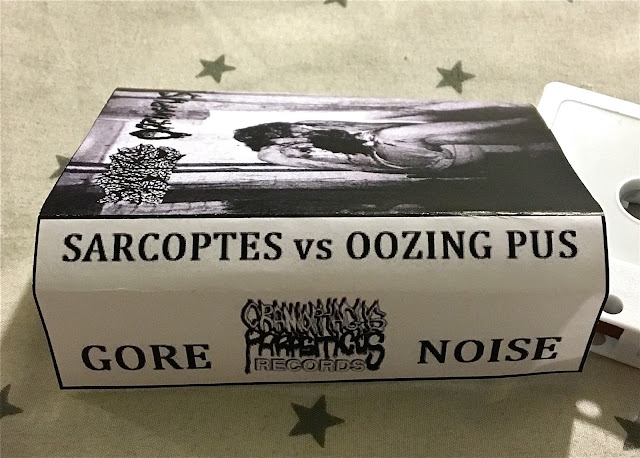 Check it out over at Craniophagus Parasiticus Records.