Caught In The Wash

I have gained a new obsession lately, a band who I'm literally mad at myself for not getting into sooner (when a lot of their records were cheap and easily available). I'm talking about the brilliant stupidity that is Minch. A rare band who I will go far as to say has a near perfect discography. Everything I've heard has been A++ quality, shit noise outrageousness. Unfortunately, almost all of their early splits from the 90's go for a pretty penny. So who knows when I'll be able to score classics like "Seven Minch" and the Gore Beyond Necropsy split. A cheap split that I was lucky to snag recently is the 7" they shared with Breathilizor from back in 2004. All pressed on green vinyl, 33 1/3 RPM. 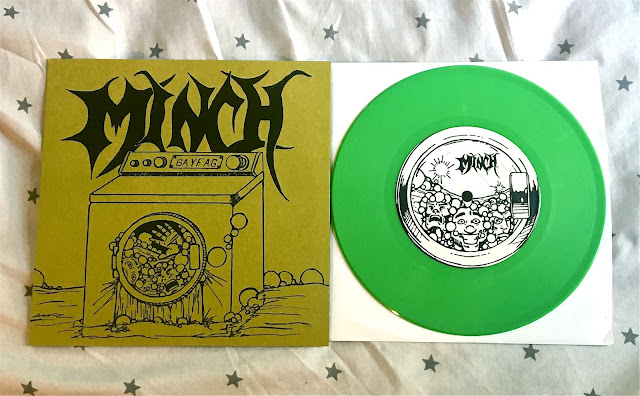 Minch is three weirdo's from Ohio that make some weird ass noise. Equipped with a washing machine for drums, some sort of guitar figuration,  their strained vocal chords and wild imaginations. Each track is a fucked up mush of deep thuds from hitting the washing machine, and 2-3 people yelling frantically about various dumb shit. It's goofy, brutal noise that winks at you quite a lot, with it's tongue bursting out of it's cheek. Is it brilliant though; abso-fucking-lutely. I can't get enough of this record; when I bought it the first day I played it three times in a row. The chaotic, rapid fire vocals are so infectious, I'm always trying to decipher what exactly they're yelling about. Lots of dicks, pussy, ass, fucks, bells and whistles. It also sounds like they speed up the vocal tracks to make them even more spastic, which I dig a lot. I got to play this record twice at the record store I work at, and every time multiple poeple had to ask me what they were being forced to listen to. Which I happened to think was a perfect reaction. The almighty Steveggs also makes an always appreciated vocal appearance on this recording (note the illustration style on the cover). Incredible recordings, I say 100% necessary. 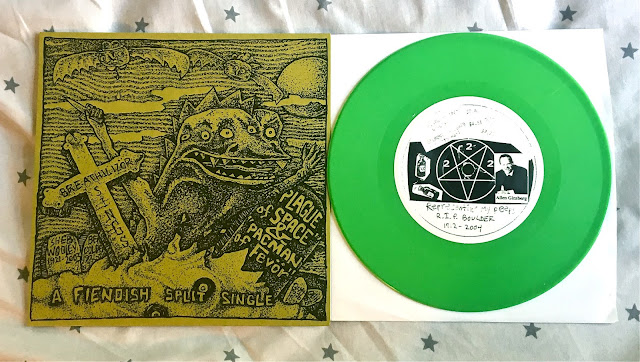 Breathilizor is another band who's records I've seen literally everywhere, but they always looked like something I would never be interested it. That sort of goofy, low quality, rock/thrash stuff. Upon listening to them, I'm a bit half right in my premonitions. The music is pretty much what I expected, but I actually enjoyed it quite a bit! It's tremendously goofy, but can you honestly expect anything else from people who were in the band Sockeye? 4-track quality recordings of hard rock/punk songs about space, adventures, and Pacman. It's enjoyably stupid, I can audibly hear the fun being had by the people making it. I'm not sure if I'll buy a lot of their records, since I honestly don't care for the styles of music they work with, but I'll be coming back to this for sure. 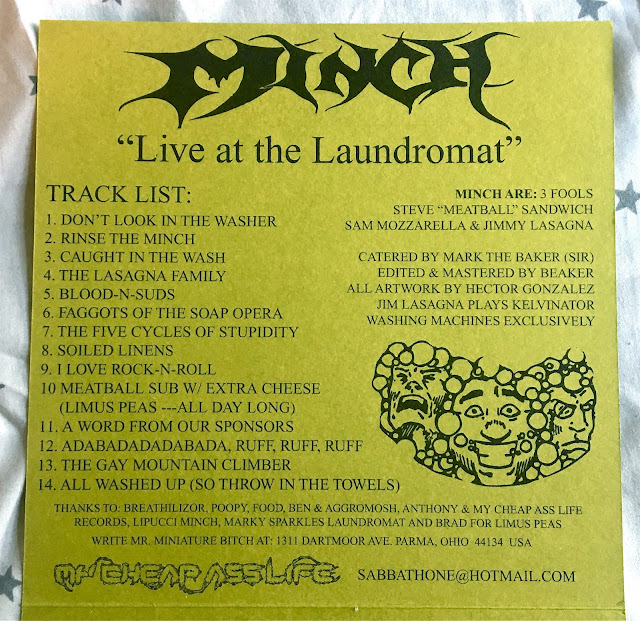 All copies of this were pressed on green vinyl, packaged in a very nice and sturdy, double sided sleeve. 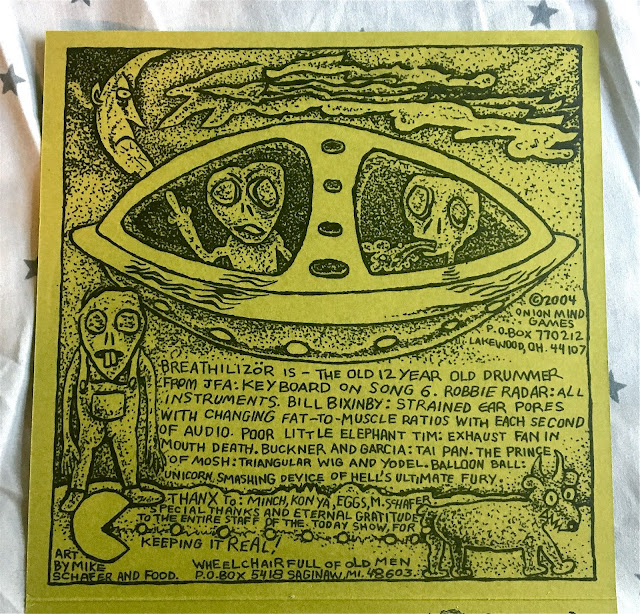 So yeah, I officially need every Minch record ever. Wish me luck.