Here's the 2nd Deep Six pre-order I got, and this one comes with a bit of a story. In my first order, I pre-ordered the Sidetracked split and the Weekend Nachos/Lack of Interest split 7". When I got my package however, they had sent me this Landmine Marathon 7" by mistake. I'm sure you can imagine my frustration when I opened it up and saw what had happened. Fortunately, the DS dudes said they would fix this. So, now I have the Landmine Marathon - "s/t" 7", white vinyl, limited too 100, 45 RPM. 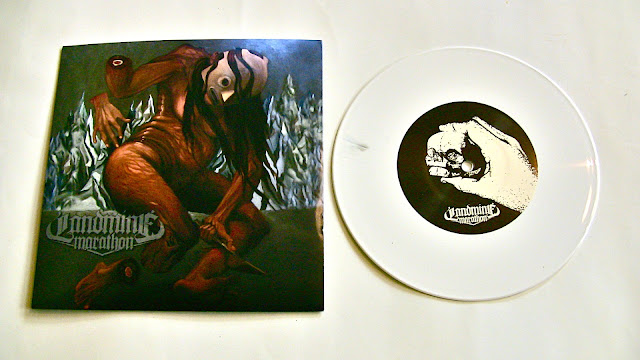 I've never really been a fan of this band, mostly because I've never devoted a whole lot of time to them. Death metal, metal in general really, hasn't really been my thing as of late. That being said, the two tracks on here are enjoyable and pretty heavy. I can definitely see why this band has a lot of fans, and their vocalist is a monster! I definitely prefer the B-side track; good up-beat tempos and grooves.

This strange cover art was painted by Wes Borland from Limp Bizkit of all people. Isn't that curious? 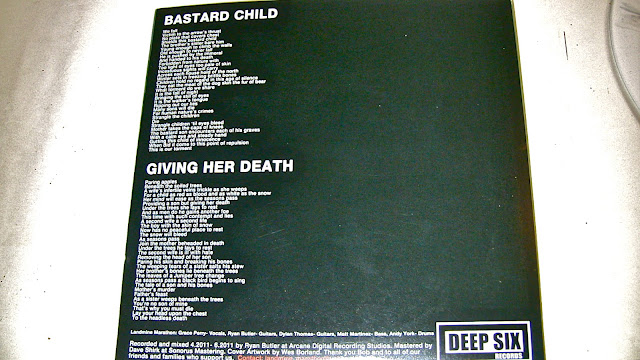 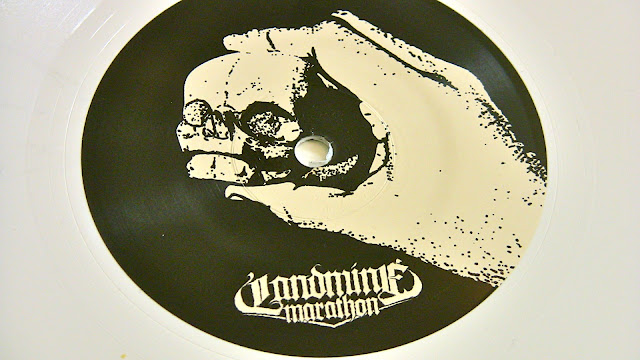 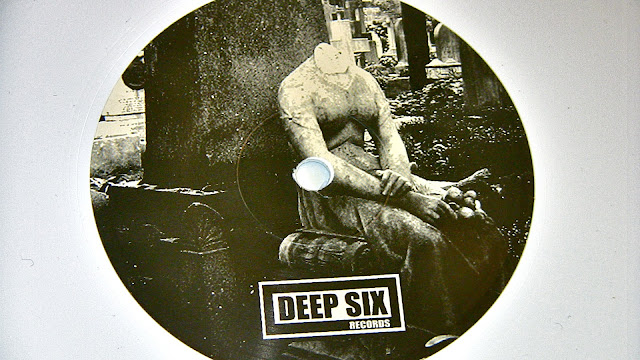