I Hope I Get AIDS

The 2nd Waves Crashing Piano Chords 7" I picked up was this split with Funeral Parlor, from Texas. A curious pairing of two acts, performing very different styles of noise music. Black vinyl, limited to 64 copies, 33 RPM. 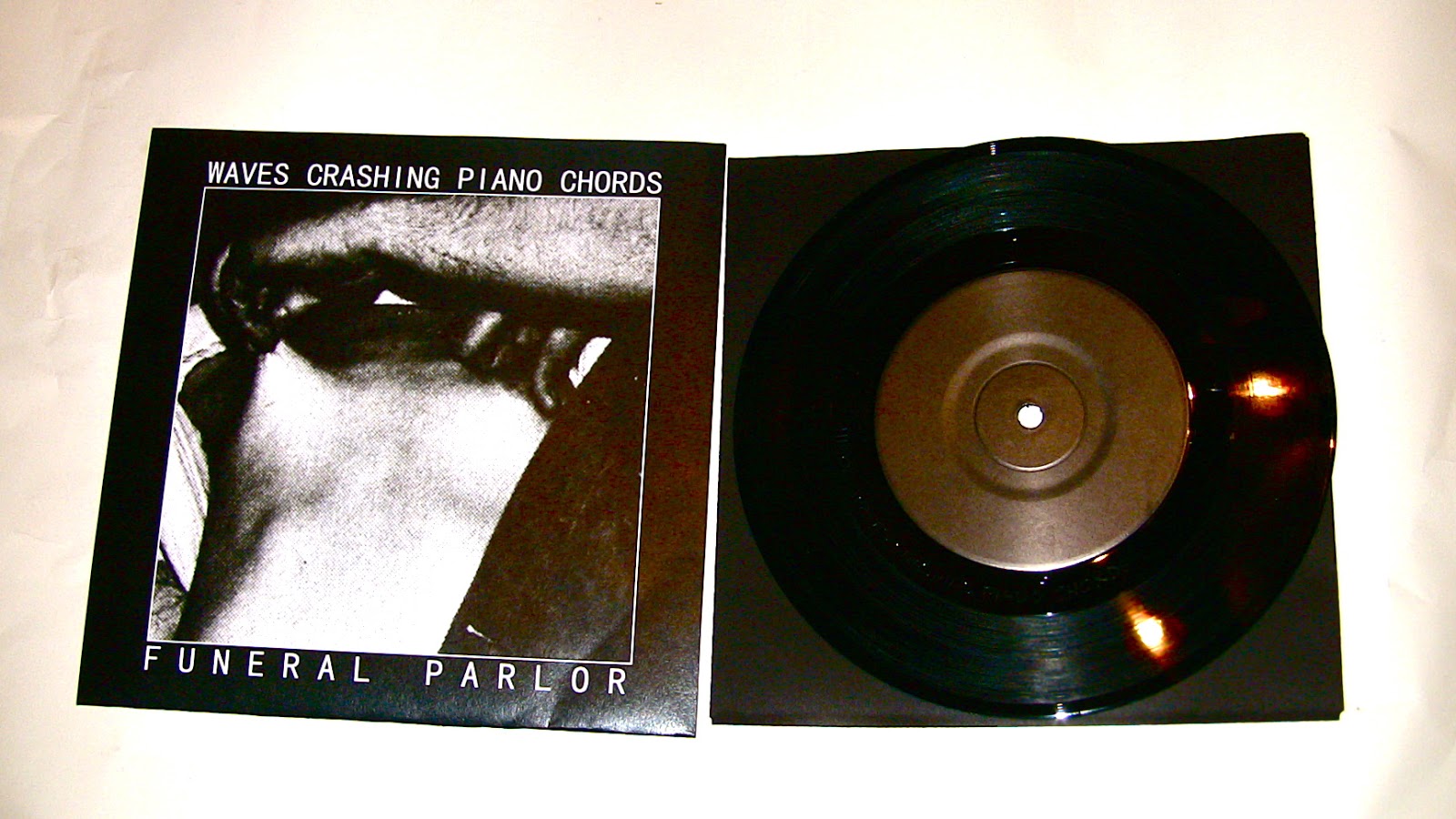 Waves is up first with yet another live documentation, again comprising of two pieces. Starting right off with sharp, metallic feedback, and a completely painful slow, piercing drone, going into "I Hope I Get AIDS". A staple of the WCPC live performance. It's a solid, active, clanging rendition of this hit song. I do like how this recording shows off some more nerdy things like "dynamics" and "arcs" in his set. "...Or Is It Me" is a slow, sorta atmospheric track of sleazy fantasy. There's overall a lot more slow parts on this recording, but with basically the same amount of intensity. No applause at the end too. 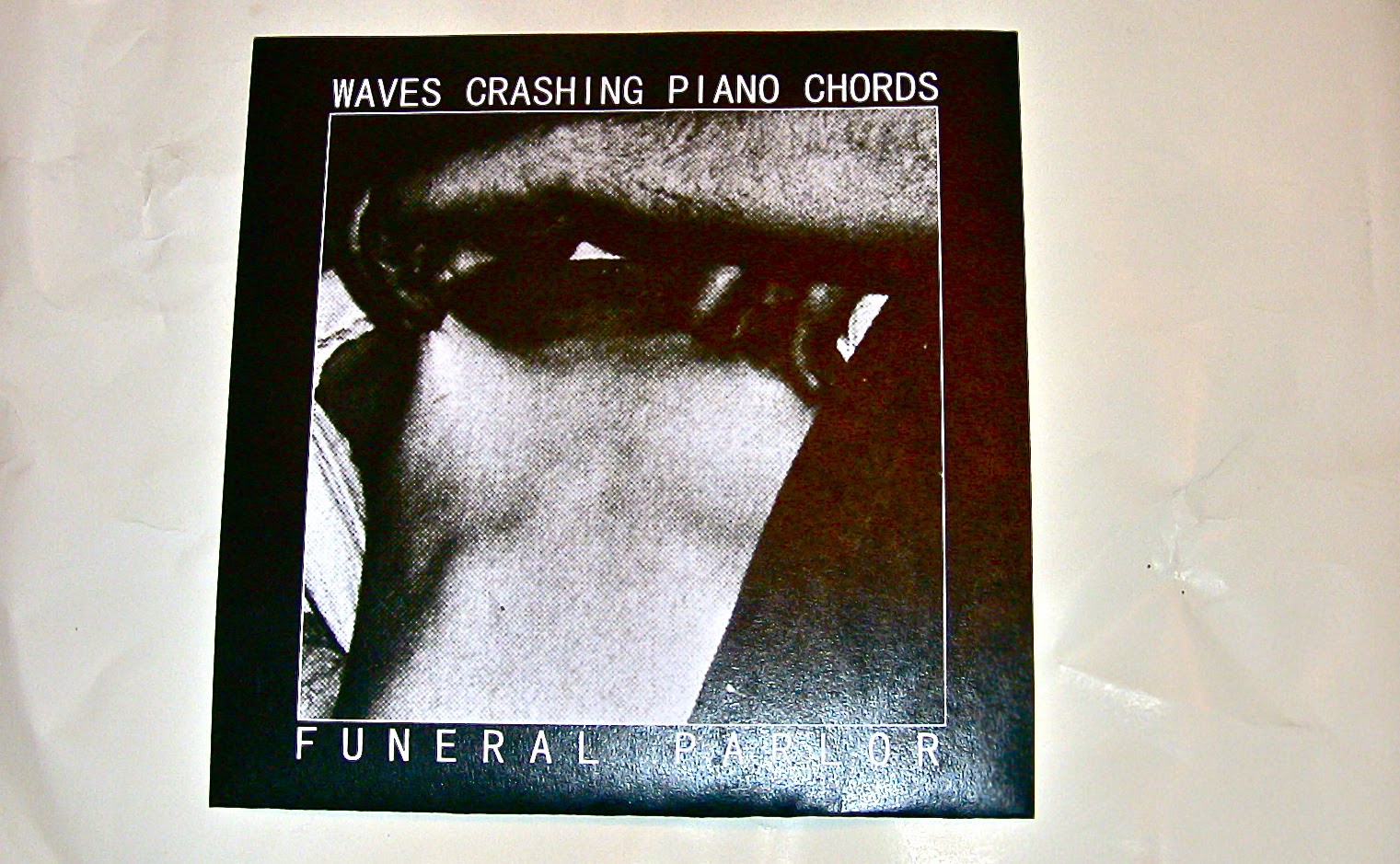 Funeral Parlor is a one-man harsh drone/noise act, who gives us the track "Sway Away". I was unfamiliar with this artist before grabbing this record, and it's honestly definitely not the kind of noise I go to for casual listening. A mid heavy, static feedback wall with a sad, repetitive, minor key synth riff over it comprises basically this whole track. It's the audio equivalent of a graveyard during a heavy downpour, nothing but grey sky's and black trees. Kind of reminds me of what Prurient was doing for the "Cocaine Death" affiliated tapes, but with that extra bit of pure aggressiveness I look for. Some vocals might have helped I suppose. A harsh wall closes out the track giving it a little more variation, but I wasn't sold. I can see creepy bedroom lurkers liking it. 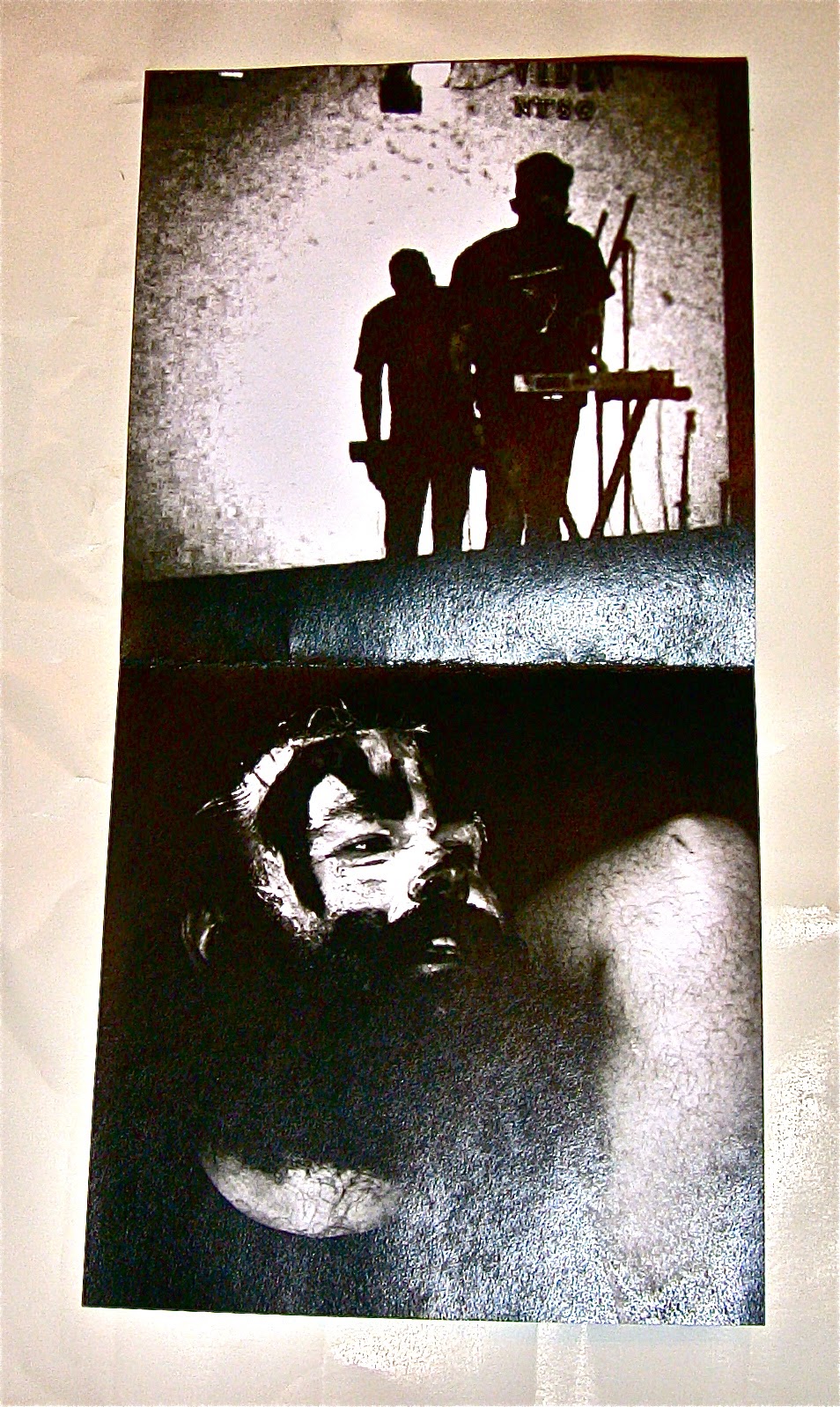 Great silkscreened sleeve again, with fantastic photos. Out of the total 105 run of this record, 64 were on black. And I'm sure it is now sold out.