The New York noise scene will soon dominate and fester inside all of your collective puny minds. Either grinding it to a mush or bulking it up into something with a little more substance. There are so many amazing artists on the rise. A few of which, like Deceiver, Sunken Cheek, Swallowing Bile and Waves Crashing Piano Chords have already achieved very strong and impressive status in the grimy underworld of the harshest noise in the country. The later of which being the most infamous. Rochester NY's Waves Crashing Piano Chords, for those as of yet uninitiated, is a Juggalo power electronics act. Someone that even people deep into the noise scene don't really know how to feel about sometimes. Be it from the aesthetic, or his nefarious live assaults. I had the enlightening pleasure/abuse of playing a show with Mr. Waves, which I acquired some of his gorgeous, self released 7"s. Here is the "Young Mouth/It Wasn't Even Worth My Back Seat" 7", single sided, on yellow vinyl, limited to 15 copies. 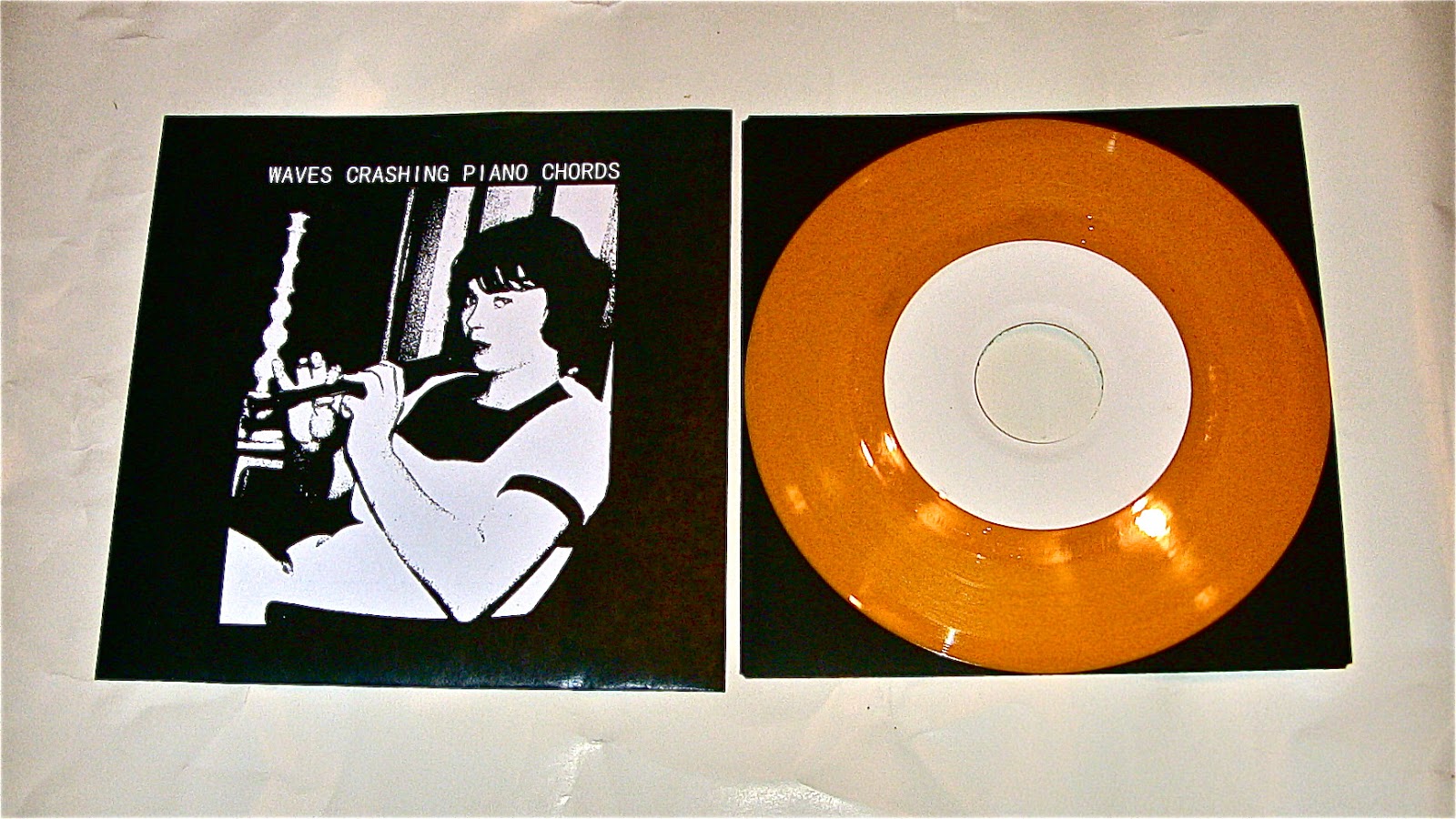 The recording in this record surprisingly turned out to be a live documentation! Something that made more sense to me as I listened, as WCPC is indeed a much more impressive feat live. Starting off with some crowd banter and someone possibly joking about the safety of the unfortunate basement this show was probably held. The trademark, raw microphone feedback suddenly barges out and Waves goes off into an abusive 3 minute set. Comprised of two more recent lyrical pieces. "Young Mouth", which is sure to get any Nicole 12 fetishist moist, and "It Wasn't Even Worth My Back Seat", a vitriolic tirade against free tapes that he apparently gets from various people. The intensity of a Waves performance is certainly captured well, the high end is absurdly shrill and painful. It's an excellent auditory display of one of the more polarizing noise artists of my home state. And you don't even have to get Faygo® in your hair or get punched in the face. 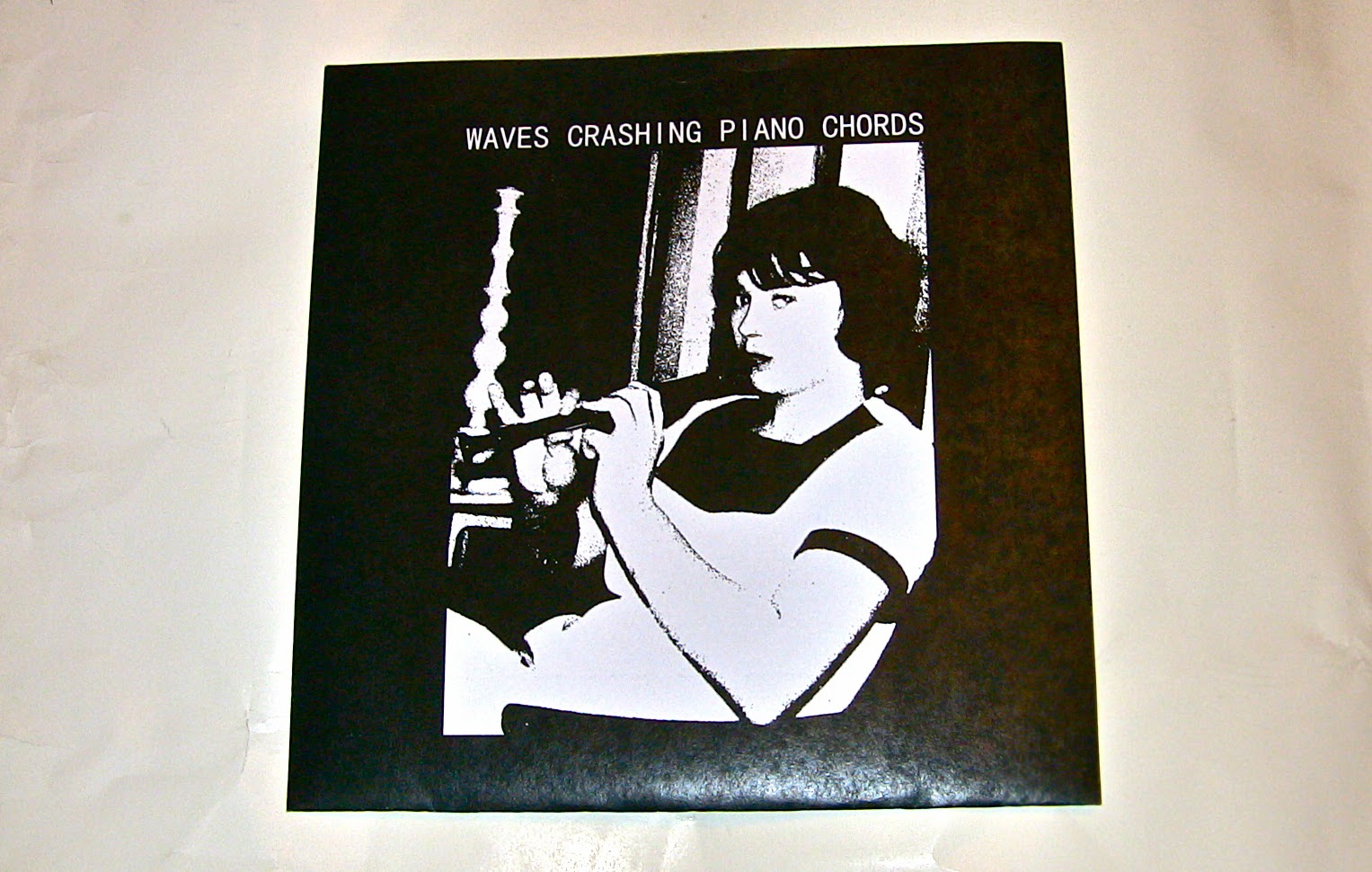 I've always thought WCPC had some seriously great looking and cutting edge releases. Thankfully stepping up from lathe cuts to actual vinyl. The silkscreened covers look great, and the opaque yellow vinyl is really damn fun to look at. It looks like tasty caramel. Out of a total run of 111 copies, only 15 are on this color. 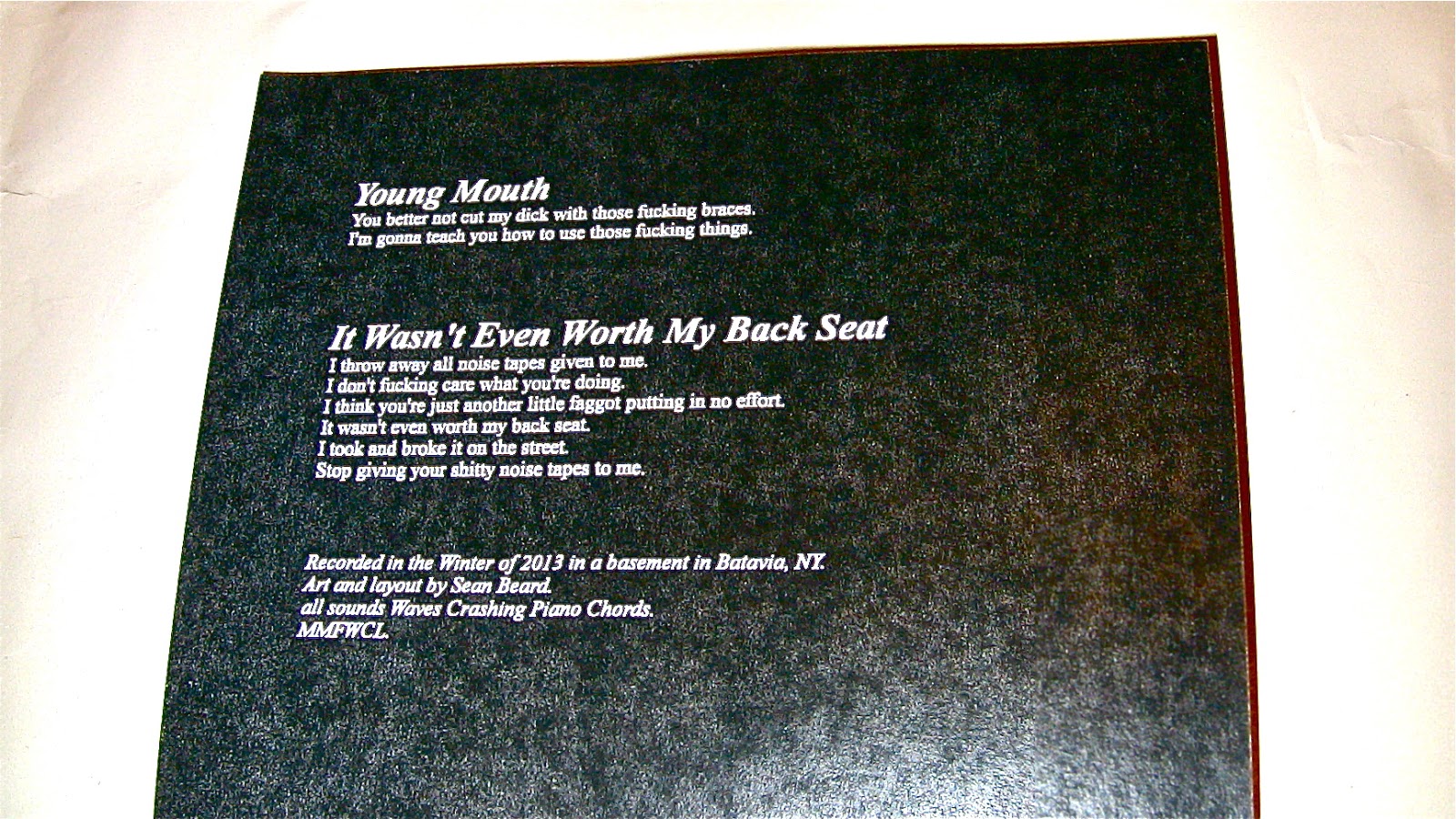 Expect more records that you will never be able to get from WCPC next year.