I am officially admitting here and now that I am completely done with "unlistenable" formats. Like any vinyl nerd, I get a kick out of weird sized and shaped records. They're strange, and uncommon and certainly cool to have. But at a certain point, I reach a point where I physically can not listen to a record because of it's formatting. For example, I can not play this little 3" lathe cut. It's at this point just basically an art piece I have sitting in my collection (along with all my other 4"-5" records). I know you can wrestle a manual-driven turntable to play records this size, but your boy doesn't have that shit. And I can't pay the big bucks for a fancy ass turntable right now. So here is this piece of art. A 3" black lathe cut record between Hades Mining Co. and Colostomy Baguette? from Australia. 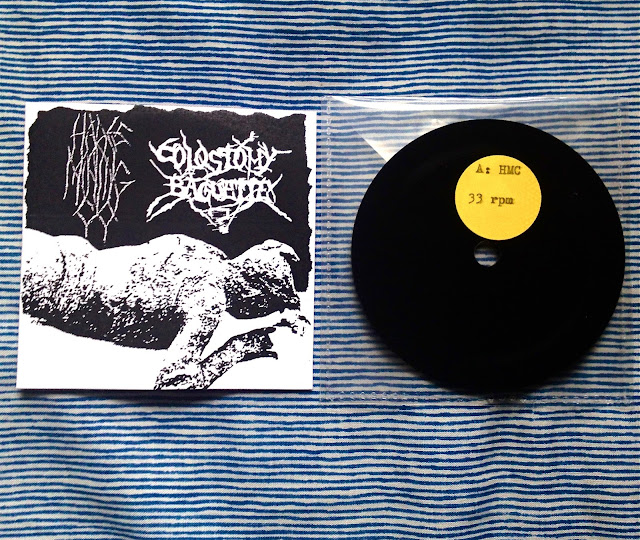 You may be asking yourself, "how much music can you actually put onto a 3" record"?. In Hades Mining Co.'s case, fifteen seconds. Fifteen seconds of the most pointless audio ever cut onto carbon fiber. Half of it is a sample, the other have just solo guitar wanking. It's such shit. Colostomy Baguette? manage to cram in 4 more seconds of ear abuse then HMC. on their side. Some standard fare, sloppy, lo-fi grind that actually manages to have a couple changes in their track. This record actually comes with a download card, so you can  still listen to these songs if you're that tormented. If I payed money for this I would be so mad. 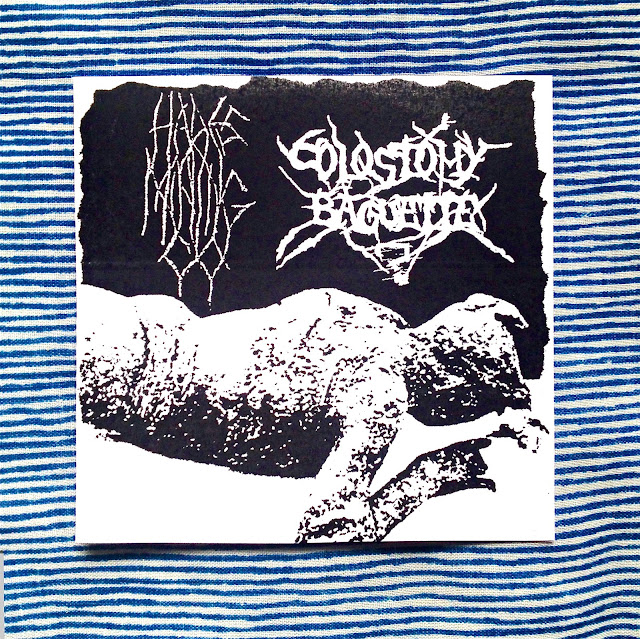 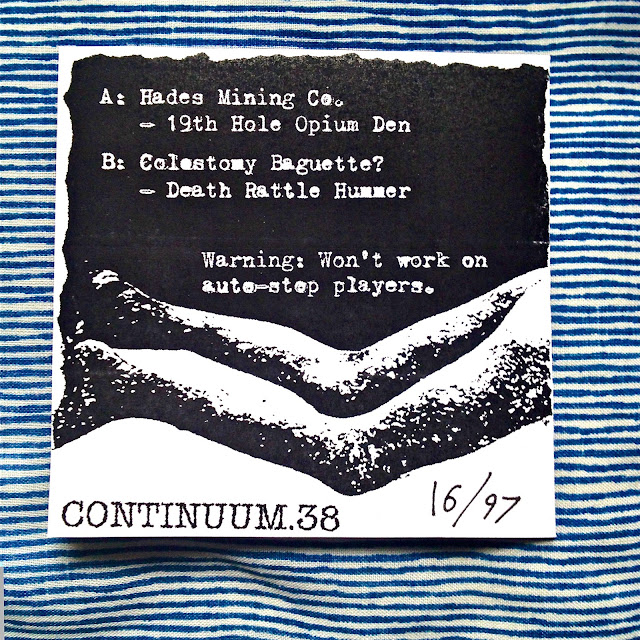 This record comes packages in a very tidy looking, double sided sleeve. Hand numbered out of 97 copies. Once again, this is for true noisefreaks and lovers of all that is dumb. 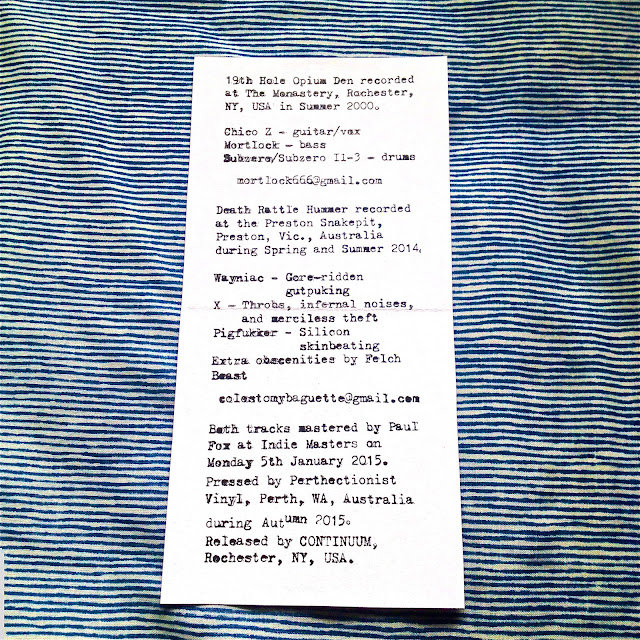 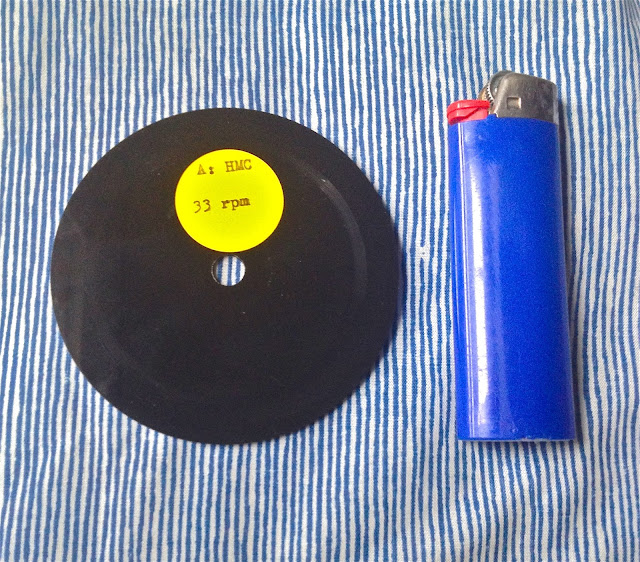 Cute lil' thing ain't it? Pick this up from CONTINUUM if you dare.