Every month of October, I do what every young adult nerd-child does to glorify the spookiest time of the year. I watch and horde as many classic, crap, schlock, and gory horror movies as I can. This year I decided to venture into the world of the Puppet Master franchise. And over many satisfying viewings I've fallen in honest to god love with it. I've always loved the aesthetic of the Puppet's and the distinctive look that the characters had. Truly it's a love it or hate it series of movies. None of the films had any theatrical release's, and the campy, über cheesy acting and sets are mainly to serve those in the B-movie crowd. Ironically, this is a series that really hit a peak of awesomeness as it went on. 4 and 5 are the movies in the series I like the best so far. They have a lot more scenes with the puppets and introduce a demon character for no real needed reason at all except for "plot". But it leads to a lot more puppet vs. puppet action, and some truly entertaining characters. Judging from what I've seen of the movies after those it looks like they truly are the highlights.

Anyway, this isn't a film review blog is it? I should get to the point. About a little while ago I found out that the honest to gosh Puppet Master soundtrack collection had been reissued and pressed to wax! With my nerdom at it's peak and my finances in check, I took the plunge and made the order. I've seen soundtrack reissues of this kind sell out quickly before, so I wasn't going to take my chances. Limited to 1,000 copies on black vinyl, 33 RPM. Released by Full Moon Features. 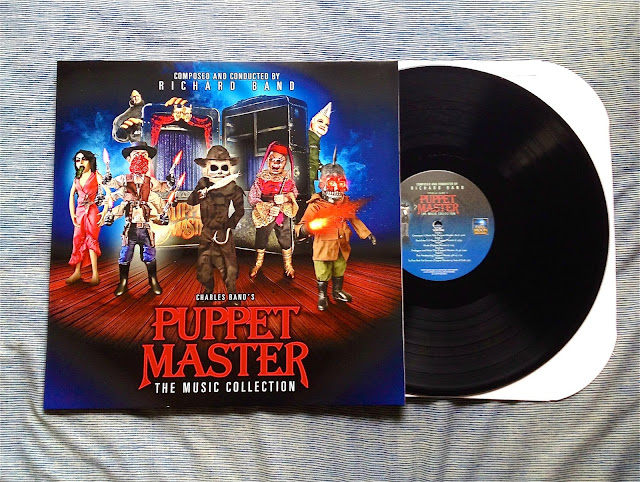 It's probably not very hard to believe, but this is the first soundtrack I've ever bought. I've never gotten the appeal of soundtrack music, and especially buying it. But honestly I'm really, really digging this record hard. I've been spinning it quite often and enjoying it totally on it's own merit, detached from any of the films. The classic Puppet Master score was composed by Richard Band, brother of Charles Band who created the films. Richards score puts you perfectly into the atmosphere of the Puppet Master universe. The opening "Main Title" music has a distinctive classic feel. It's supernatural and devilish but also with a good amount of bounce and whimsy to it. Lots of strings and synths are used, and eerie rising tones that are used very tastefully. It's very good music to put on and do other creative things too. I draw and write to this record pretty often, it has a very concoctive vibe. This record collects select pieces Richard Band created for the series. From 1-4 and all the way to 9-10. Quite a gap in between there, makes me wonder why he went back for those last two. Mr. Band also composed music for the classic movies "From Beyond" and a personal favorite of mine, "Re-Animator". How about that? 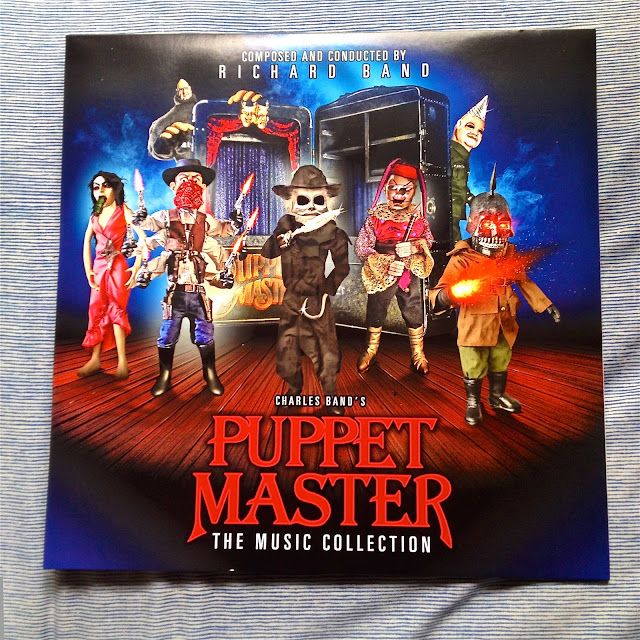 The pressing sounds very good. It's a very quite record, no hiss, pops or crackles are spotted besides the occasional bit of dust. It's not mastered to where it's booming loud like I would have hoped but they did a good job overall. I have to say that I'm really not a big fan of the art they used for the cover. For whatever reason the puppets were done with some weird 3D computer art which looks pretty cheap. A much better job could have been done with this. 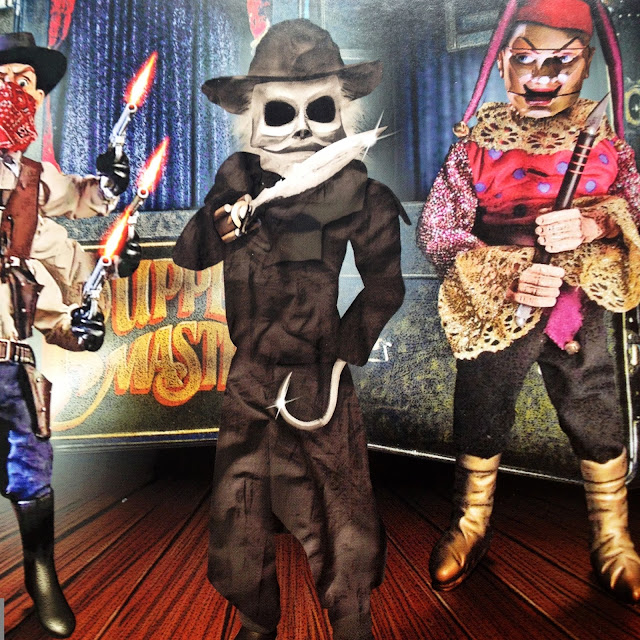 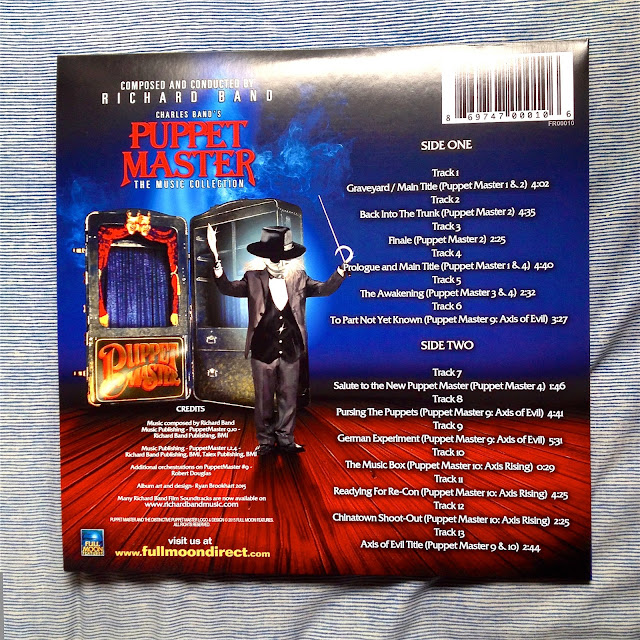 Inside the gatefold we get a little write up of Richard Band and his involvement with the series, and a very nice spread of every cover from every film in the franchise. I dig that a lot. The gatefold sleeve is pretty flimsy. 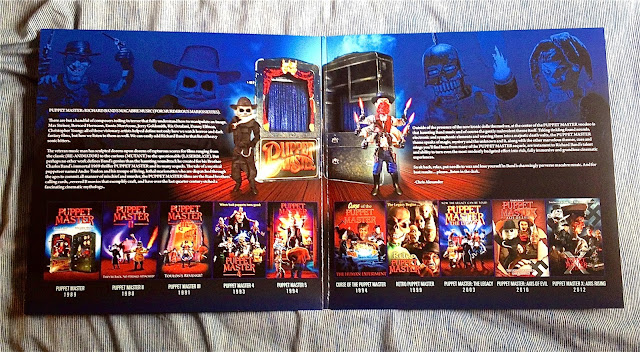 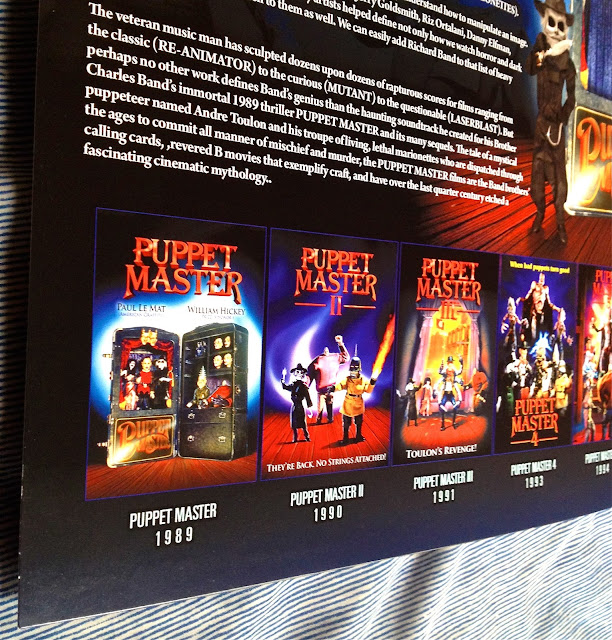 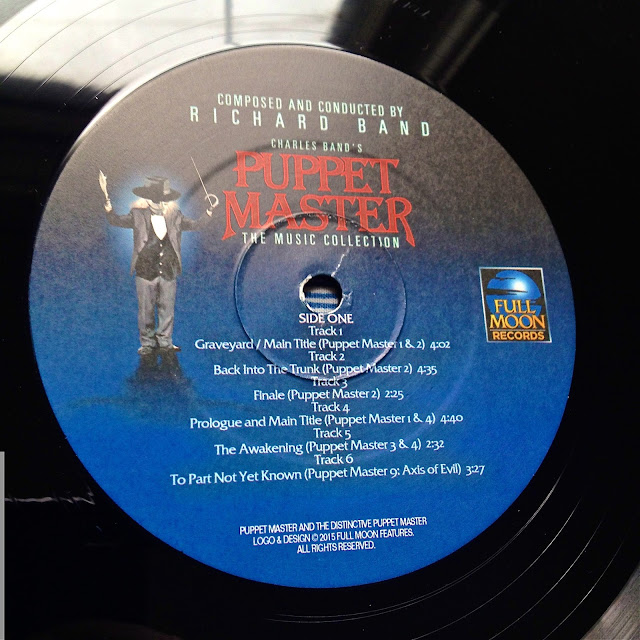 Who knows if I'll buy any more soundtracks, but I do not regret buying this one. I'm a sucker for horror, so if I stumble upon the "Halloween" soundtrack somewhere for cheap, you'll see it on here.