The long anticipated 10" full length from Connecticut grindcore heavies Gowl, is inching closer and closer to its release with this limited cassette of the record. Which has now been given the name "On Our Feet Or On Our Knees". Previously, demo versions of some of these songs were released back in 2015, also on tape. Now that I've heard the full thing a few times,  I'm happy to say Gowl is back with maybe their strongest release. "On Our Feet Or On Our Knees", the cassette version, was released in a run of 50 copies on True Freak Records. 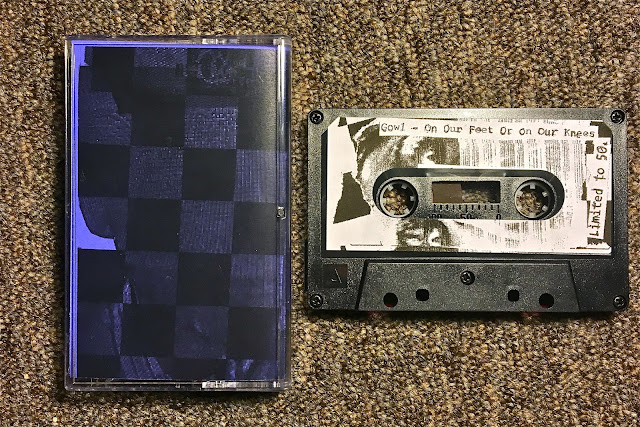 I love Gowl, quite a lot actually. I think they're one of the more unique and powerful units in the whole Mid West grindcore scene. Given that, I expect them to bring a lot of "oompf" to the table when they put something out. Their unique blending of purposely noisy and chaotic recordings, death metal riffs, creative drum work, twisted grooves and faster than normal blasts make them a stand out band for sure. It's a sound that completely won me over on the "BLURRR" 7", and thankfully their trademark style is beefed up on "On Our Feet...". I'd say that this is definitely Gowl's clearest and most refined recording to date. A perfect sounding session for this next era of the band. That being said it's still a distorted, atonal mess, in the best way. Seth's bass rumbles ruthlessly over the equally bass heavy guitar riffs, the vocals buried like a man screaming at the end of a cave. Through all the murk, lies Gowls undeniably good song craft and they use a plethora of different styles on this album. Gowl songs have a lot of moments that grab me and stick in my head. Unintended(?) hooks shall we say. Masterful, brutal and to the point riffs that have a bit of their own secret sauce in the formula. They aren't afraid to slam into purely enjoyable heavy, slamming riffs, or a fist pumping, stomping, D-beat song. Majority wise though, this record is full of brutal riffs and drums, played together in ways you wouldn't normally hear it done, and I commend Gowl for it. Serious grindcore that knows how to be infectious. They also throw in a few surprising few second long songs into the tracklist, which always pleases a noisecore person like me. 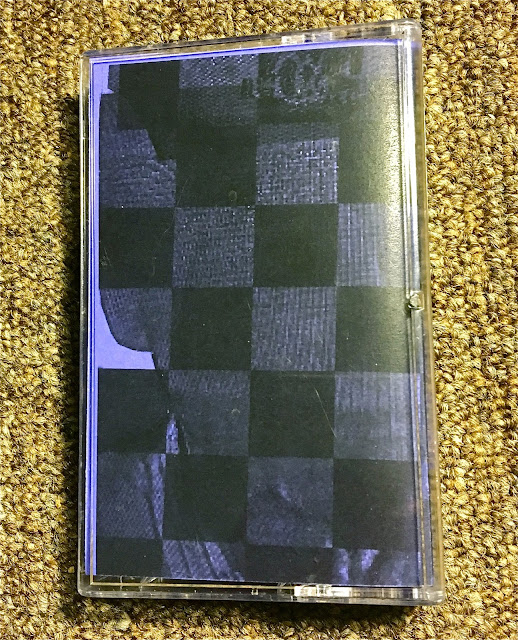 The whole album plays on both sides, no A-Bing this one. I like that way better honestly, I really enjoy hearing this all the way through without flipping it. You can totally tell when the A-side is supposed to end though; a noisy track that mixes in twisted radio frequencies and harsh sounds. The cassette dub sounds killer, I can only imagine how good this will sound on shiny vinyl. You gotta love that signature, checkered pattern. Gowl always maintain an interesting aesthetic. 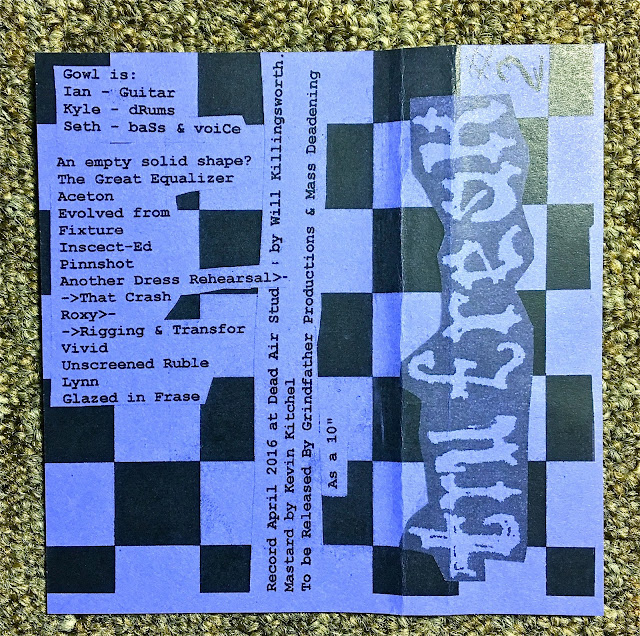 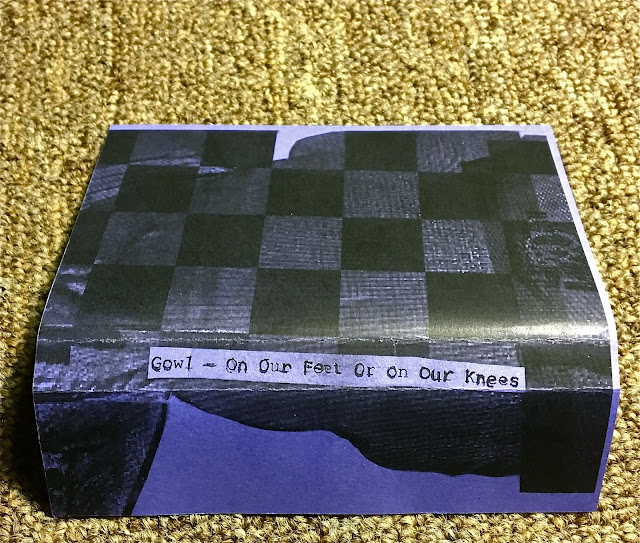 So far the band doesn't have it for sale, maybe they sold out already. But I know you can find it in a few distros. Google it.