If I ever posted an official "best of 2016" list on any blog platform last year, you were bound to see this record placed firmly near the top spot. A brilliant noisecore split released by the always reliable SPHC, one that is a sure fire way to make most newcomers take a moment of pause. Two bands, Anal Butt and Cunts, both with monikers that are bound to spark reflex chuckling, or disgust. The latter only used drums and vocals. Sounds like something that only a basement dweller would vibe to. Me personally, I'm in love with it. One of the best slabs of wax I've heard in a few years. The newly released official pressing (I'll get to that later) is pressed in a run of 250, all black vinyl. 33 RPM. 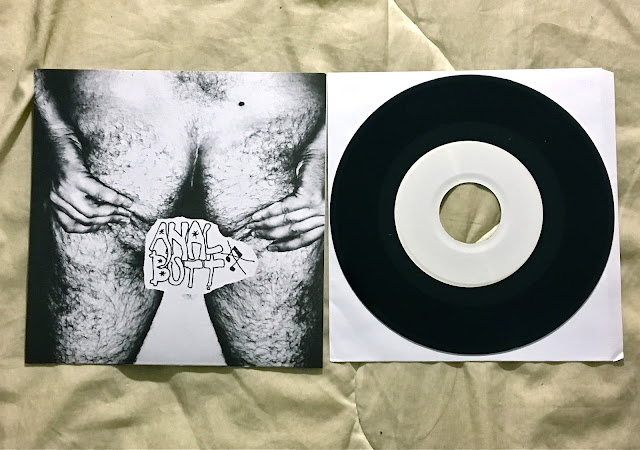 Anal Butt not only have one of the best bad band names ever, but they're also a band that pulls of brutal, knuckle dragging noisecore with a tweaked sound perfectly. Spearheaded by SPHC label owner Dan McGregor and Co., I've heard him say that this is the best thing he's done. And while I haven't heard the bulk of his discography, I'd have to say this would be hard to beat. The sonic assault that Anal Butt bring on their side is crushing, warp speed, kaleidoscopic, and embraces the best of the genre's unapologetic stupid qualities. Standard instruments are used; drums, bass, guitar and vocals, and the general sound is nothing that groundbreaking. However, the editing and attention to detail in the recording, dare I say the arrangements of it, are just excellent! The session starts with a good chunk of short, crudely edited song bursts that begin with stick clicks. Eventually everything gets noisier and noisier, growing and getting more claustrophobic. Vocals are doubled on top of each other and the bass sounds like it's literally frying from the distortion. Simply brilliant editing and cutting out certain instruments at certain times, or letting everything die out for a split second to just explode again with more blasts and noise! Next thing you know there's a generic hardcore breakdown riff with Patrick the Starfish vocal grunts. It's such a joy to listen to every time, I always notice something different. 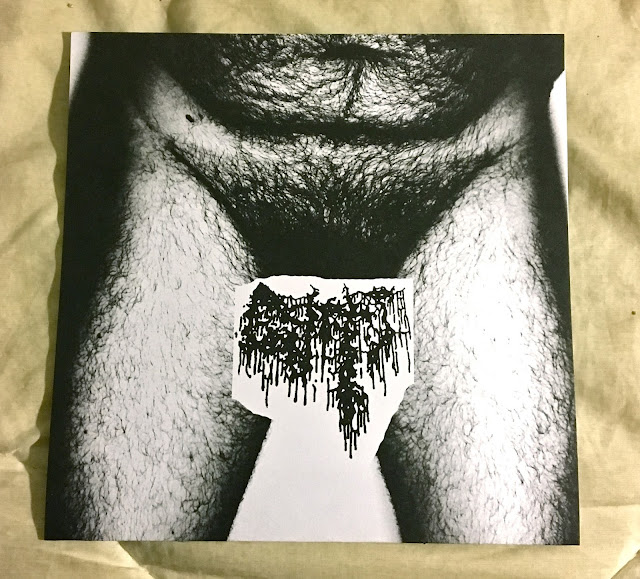 Cunts is a noisecore duo from Japan that have been around for over a decade, and have been a band that have been a treasure to fans of the underground. Their releases are sought after, and I'm fortunate enough to own only a couple items. The drill here is only vocals choking with high gain feedback, and drums. Bada bing. Cunts is a band that takes noisecore to almost it's most bare bones and neanderthal. Their recordings however always showcase the sheer brutality a duo like this can bring, and their half of this record is no exception. It's mastered so fucking loud, the feedback almost makes you feel like your ear drums are getting stabbed. The drums supply all the punch and force they need, they're performed absolutely perfectly. Blasting, grooving, polka beating and stopping all at just the right times. Ucchys non-stop screams and yells are so relentless they almost have a hypnotic quality. I'd say they're the best band doing this style of noisecore since World, easily. Definitely not as heady or conceptual as World, but they certainly are no chumps. It's so damn good, I cannot recommend it enough. 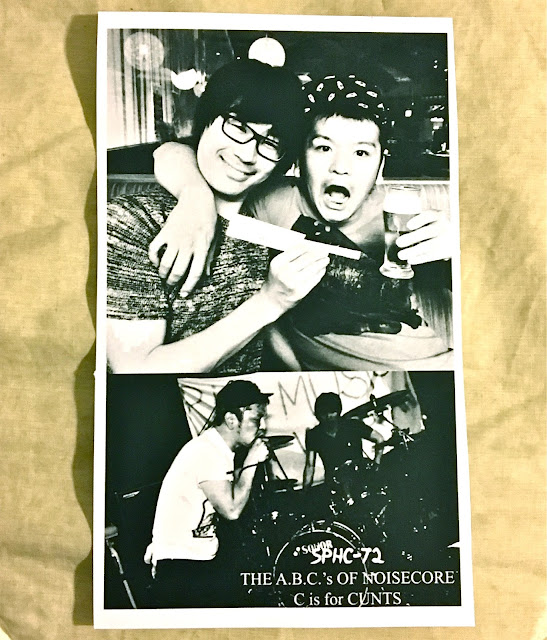 The record is packaged in a single-sided fold-over sleeve with this small insert inside. All of the regular press have large hole in the center. 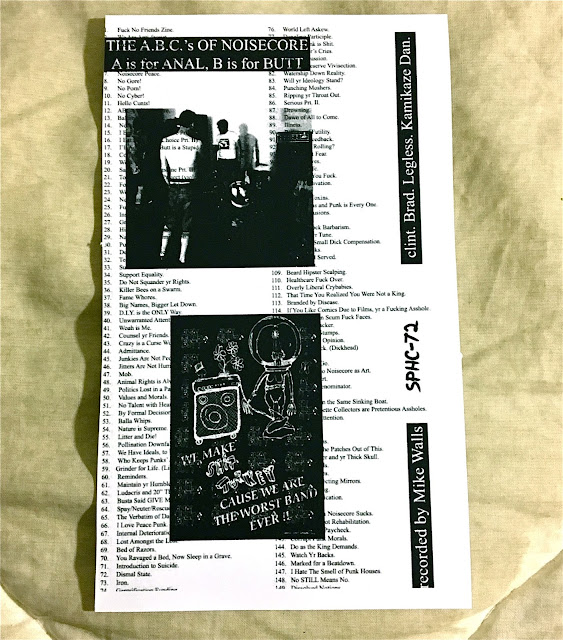 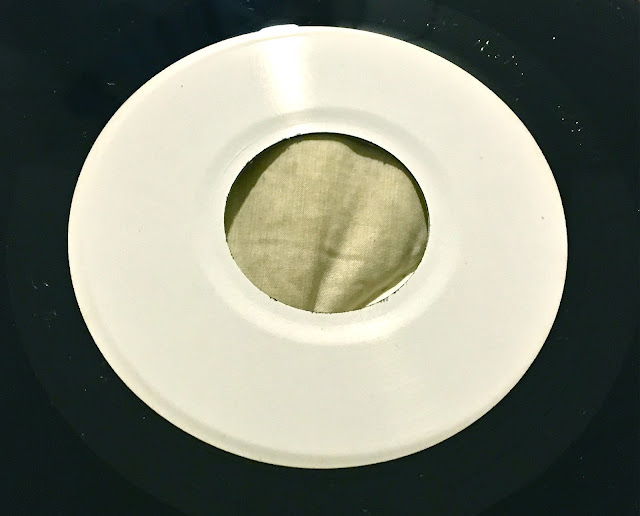 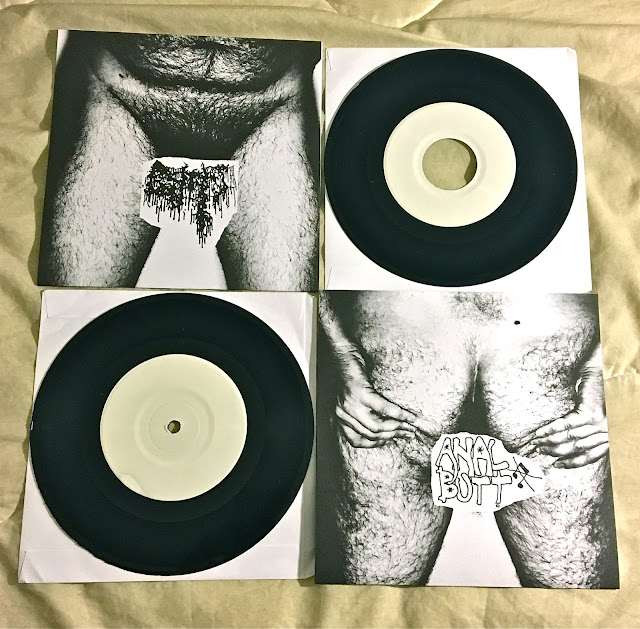 You can pickup this record at SPHC, what are you waiting for?