Found In The Mud

Real quick post about another devestating goregrind/noise tape released by some very quality labels. The Arizonian, 1-man, goretank project that is Gastroptosis, and Japan's Oniku. Another excellent 1-man band. This sweet little split tape was released in a total run of 75 copies by Ill Faith Records, Fermented Bile Vomit Records, and Craniophagius Parasiticus Records. I got my copy from Ben of CPR when I was in Toronto last month, it is a single sided tape. 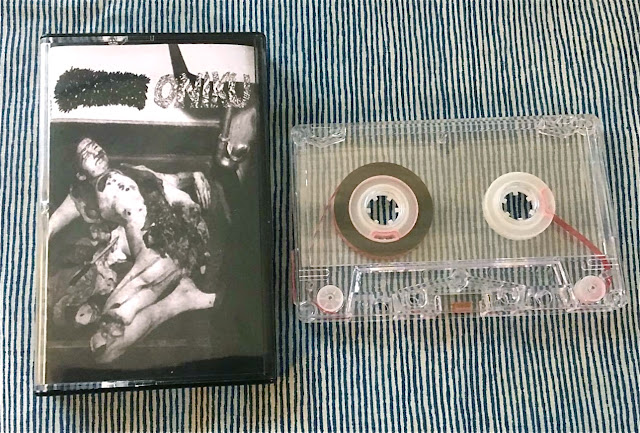 Gastroptosis is yet another stupidly good goregrind/noise project created by Chris Tapo (most notably of Oozing Pus fame), and I love pretty much every new band he starts. Gastroptosis has been one of the more active projects in his roster and one of my personal favorites as well. We get 5 new tracks on here, featuring the usual traits of what makes great goregrind; hard hitting, to the point riffs, thundering drums, horror movie samples and absolutely monstrous, wet vocals. Chris is a master at programming good drums, and while the drums here are a bit buried under the gunky guitars and vocals, their power is undeniable. Great, raw, angry and savage goregrind, so good. 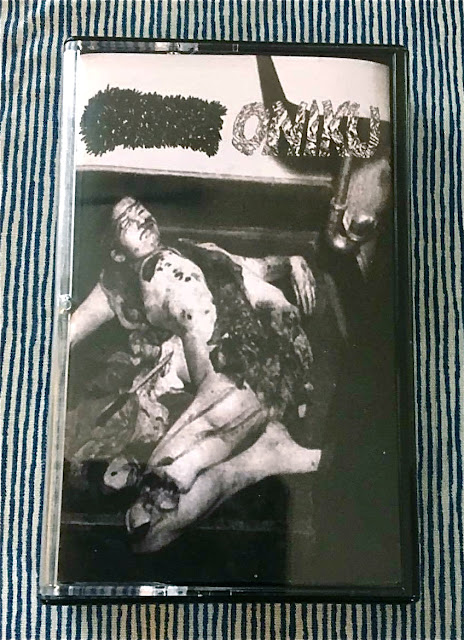 Oniku is a band that I really have not given many listens to (outside of this tape), but every time I do I realize I need to get more of their releases. Five tracks of very solid goregrind, also featuring programmed drums. These songs actually sound very well developed, like some real time was spent writing these riffs and compositions. Strong obvious influences are bands like Active Stenosis, Blue Holocaust and Regurgitate, very chunky groovy riffs with a lot more variety than Gastroptosis's side previously. The recording is a heck of a lot cleaner than the average 1-man goregrind band, it has a real 90's sound to it. There isn't any noise influence at all. While this recording may lack the savage, blown out fidelity I usually like, the quality of this material is undeniable. 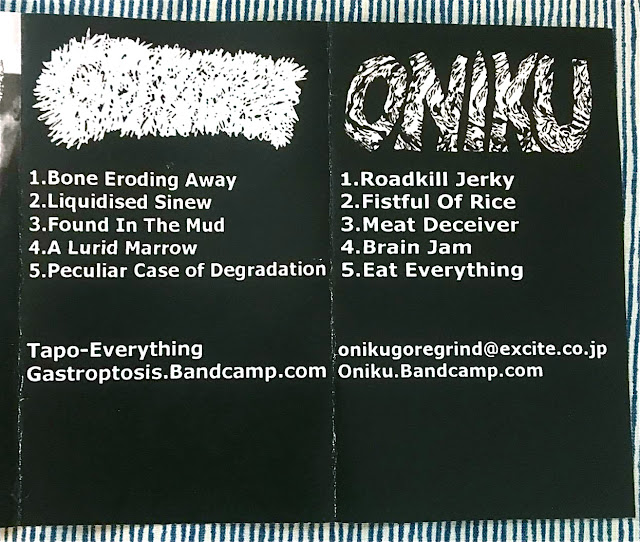 Very loud and crisp sounding dub, both bands are one one side as previously mentioned. I'm not sure if the other label's releases are also single sided. 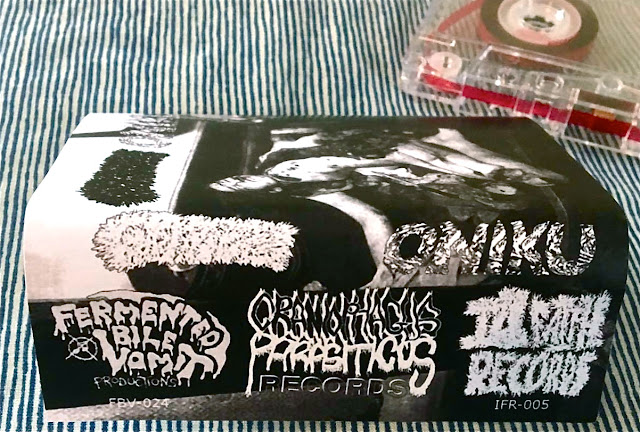