Another Haggus split 7" post today. I've been trying to slowly catch up on all these new records that keep coming out this year. This split 7" with Heinous, an awesome gory grind band from Phoenix, AZ. was put out by a whole crew of labels (Suicide of A Species, Grindfather Productions, Fuck Your Life Records, Morbid Reality Records, and Not Kvlt Records). This is the standard black vinyl press, I couldn't find a clear vinyl copy, 33 RPM. 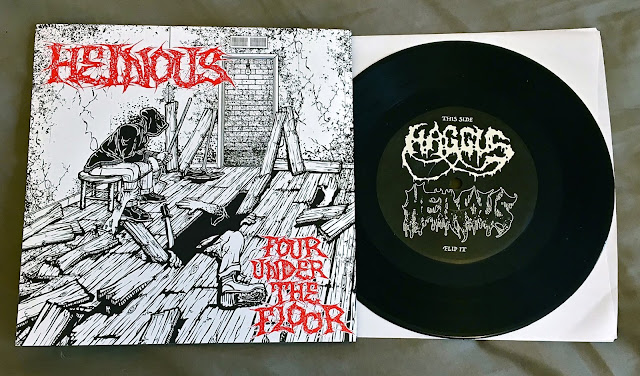 I'll start off with the Heinous side, which was released a little earlier than this split as an EP called "Four Under The Floor". This definitely stands as my favorite material the band has done so far. The five songs on here just straight up slap. Starting off with the devastatingly heavy track, "Chokehold", which is about as good as a first song gets. That slam part in the middle gets me every time. Heinous are an interesting band for sure; rooted in goregrind but with some war metal riffs and heavy as hell slower, more groovy moments. This is probably the recording that best conveys how great the drumming is live as well, fast and tight as hell. I also really dig the guest vocals on the 3rd track, "Dissected". At first I thought that they were trying out more non-pitch shifted, low and high vocals until I realized that it was Payson from Gimp and another person who I don't recognize. Great, great stuff, I come back to this side often. 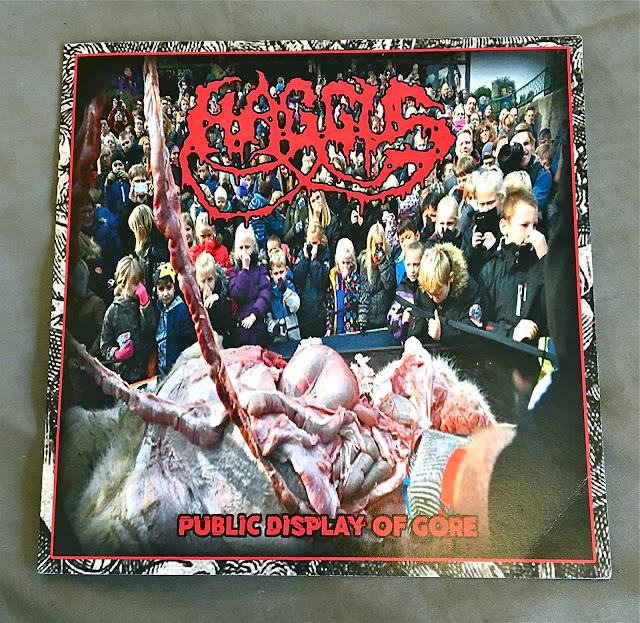 On the flip side is Haggus, who give three tracks of fun, bouncy, gory mincecore. More songs with that earlier sound and style. Coming in hot on the opener "Septic Aroma" with a pit starting mid-paced beat and guitar leads. There's not as many blast beats as I would like overall, lots of metal-ish riffs and d-beat passages that kinda just do the job but have a little too much of a bland flavor too keep eating. But it still is hard to deny that good ol' Haggus energy every time. 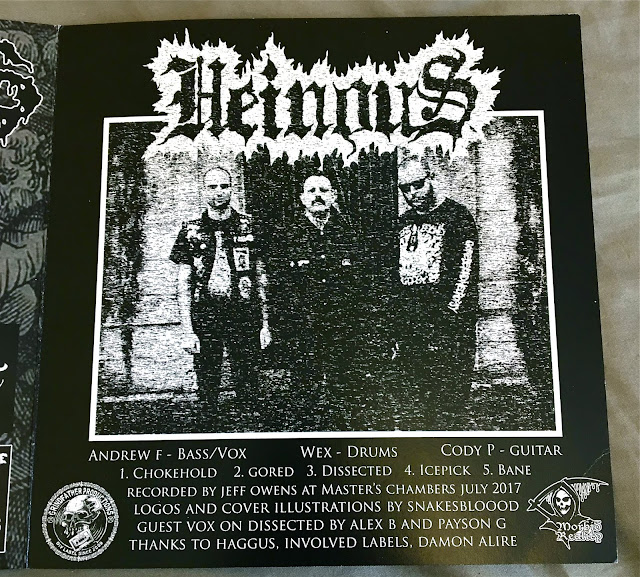 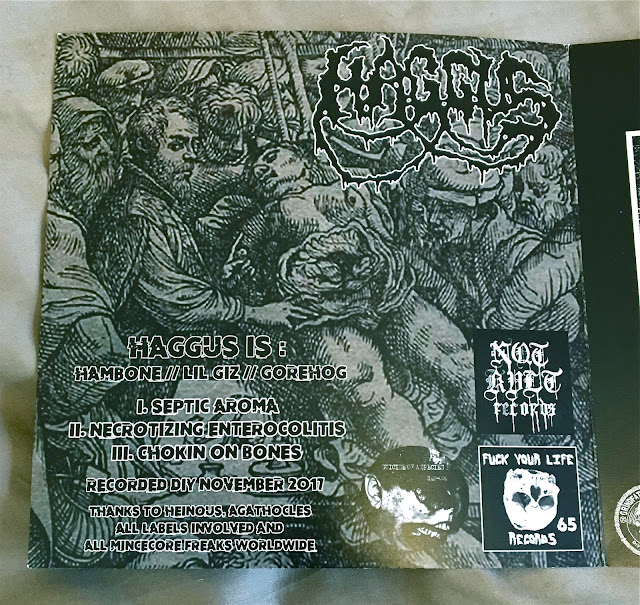 Got a nice, and tidy packaging job split with both bands different art styles. That Heinous art is so great. Gimme those big, bold, high contrast B/W illustrations all day! 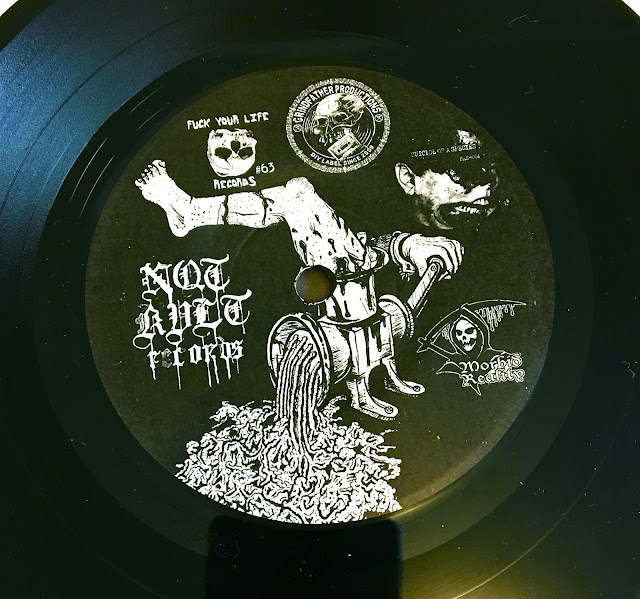 This split should be pretty easy to find still. Again like with all of these Haggus splits, it would rule to have the cassette version as we'll.