It took me WAY to long to finally get this split, like seriously way to long. I was finally able to buy one from Suicide of A Species, and finally hearing the whole thing in full my expectations were totally met. I knew this split was going to be brutal, but holy fuck this is some next level grind. Sulfuric Cautery from Ohio, one of the bands impressing me the most these days. And Incinerated, a low-end worship, Mortician style grind band from Australia. Released on a large amount of labels, mostly familiar faces. 33 RPM. 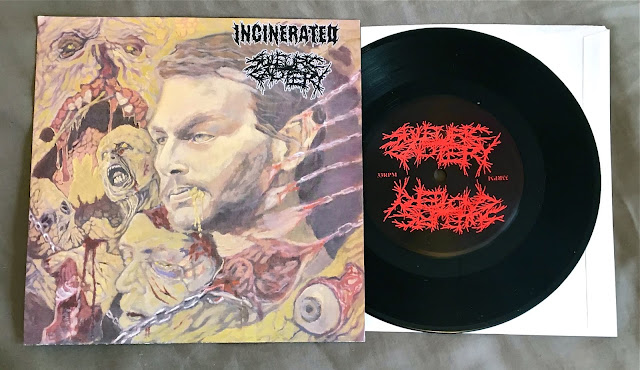 I'll start off with Incinerated, since they won my imaginary coin flip. This is a band that I had never heard of until Sulfuric announced this split with them months ago. I'm not sure why they've done such a myriad of splits with groups from Australia (outside of Australia's trait of producing nothing but insane bands), but they've all been pretty exciting new finds. Incinerated's music just lays waste to everything, this is just complete and total iron-fist-to-face, merciless, brutal grindcore. The low-end will make your guts rumble if you listen to this loud enough, it feels like just about everything is tuned down. The vocals stay consistently guttural, nothing but lows as well. The great thing is that Incinerated actually throw in some insane grooves and slower parts that really knock your shit around. Obviously, there's a ton of Mortician worship on here; the incredibly detuned guitars, constant hyperblasting and breakdowns. But there's absolutely nothing wrong with that right? Completely savage music, goddamn. 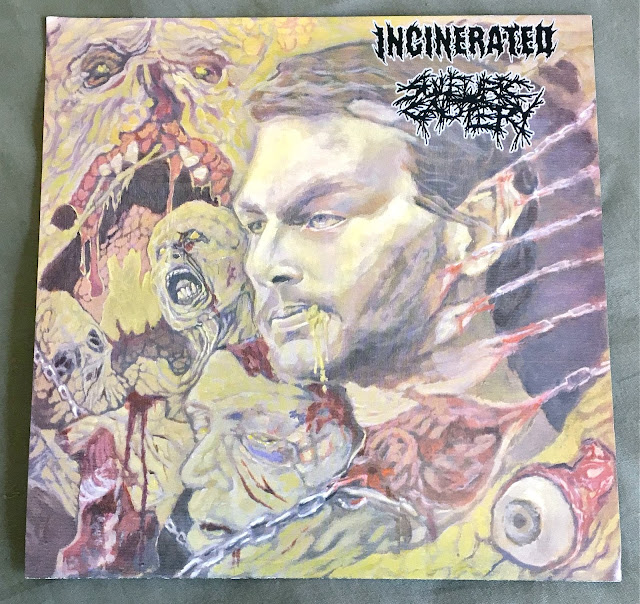 Now normally a side like Incinerated's would smoke any other band who shared the record with them. But Sulfuric Cautery without question hold up on their end with six tracks of some of the fastest, chaotic grind I've ever heard. SC wisely/frustratingly don't put any of their recordings online, aside from a lone track give or take. So that special kind of eagerness to actually listen to this whole thing was very aggressive. This is probably my favorite recording of theres to date. It's loud, beefy, the drums are as annoyingly loud as they should be, it is really some of their best. Captured by Doug Long actually. The snare pings out so loudly, and the bass drums almost turn into just a low tone because of how fast they're going. It's chaotic, speed gore at really some of it's finest and most enjoyably fucked up. The real deal right here. 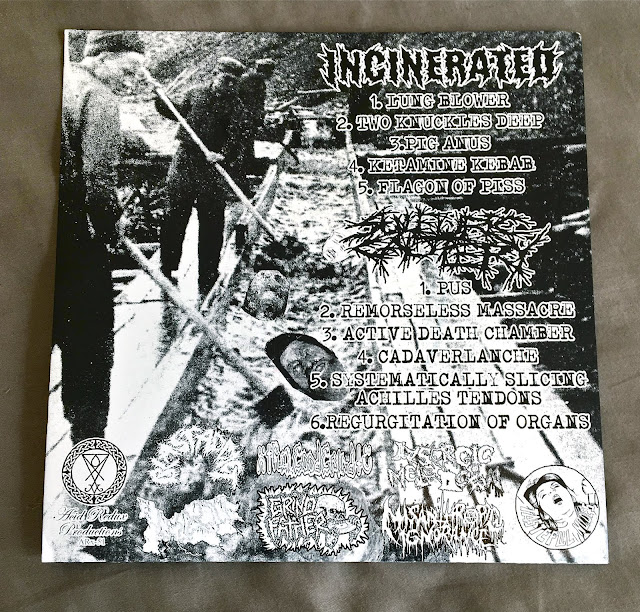 The cover art and design of this package is wonderful. That's some great original art right there. Can't tell if it's a painting or what, but it's a real joy to see and hold. 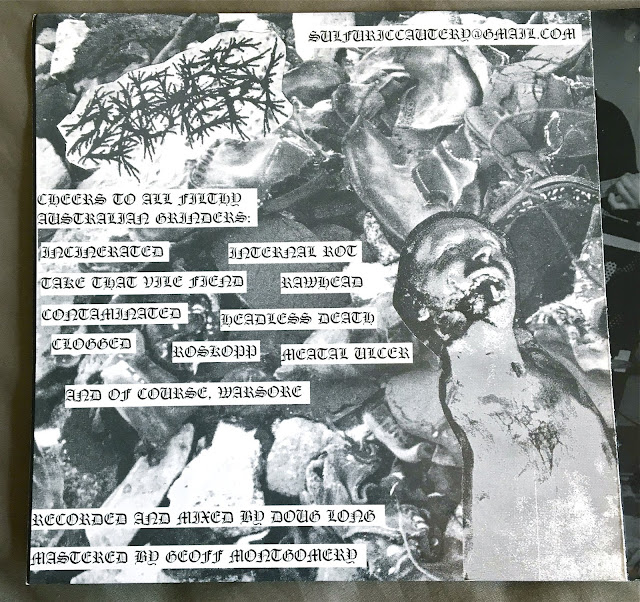 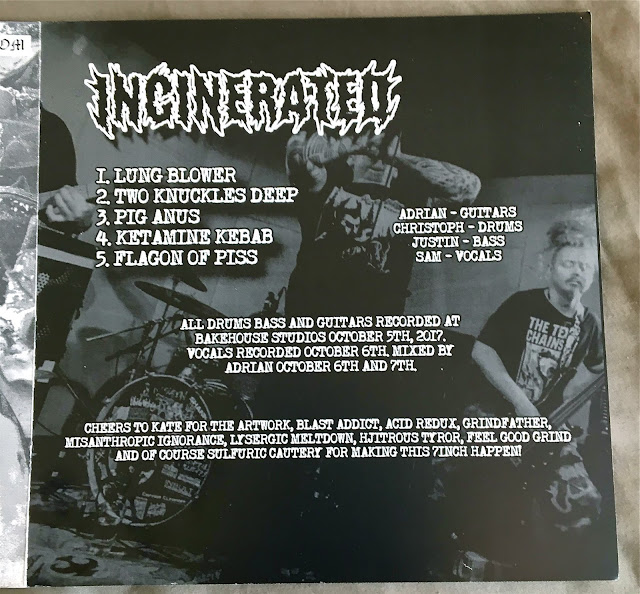 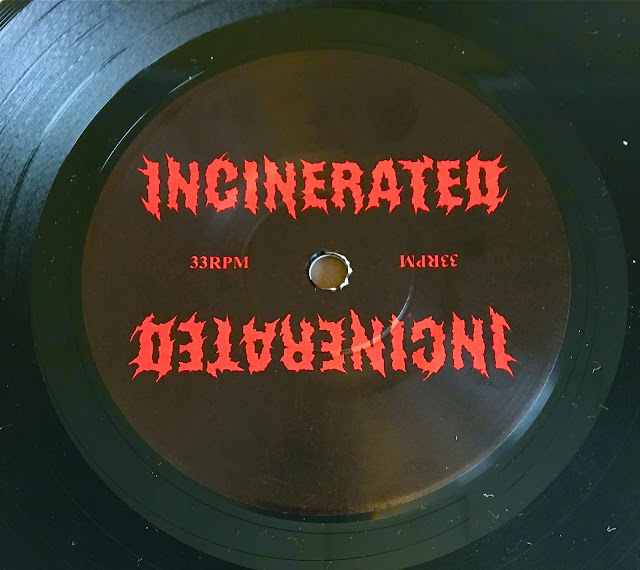 I feel like this record will be hard to find once it's properly sold out, so buy it now. One of the most brutal records I own! Check out Acid Redux Productions, Misanthropic Ignorance, Lysergic Meltdown, Blast Addict and Grindfather to score a copy.