Dopesmoker Is A Fucking Terrible Album

This will absolutely go down as one of my favorite tapes released this year. Some of you may remember an older post where I talked about the debut Cuck Dirt EP released on Uninvited Records. I was a massive fan of their composed, smart-ass, vicious take on noisecore, that whole tape is incredibly fun and a cut above the normal bunch of newer noisecore bands. Now it's a year later, and Cuck Dirt have unleashed their follow up in the form of a single track, C2 cassette, released on Doughgirl Tapes in a super limited edition of 25. 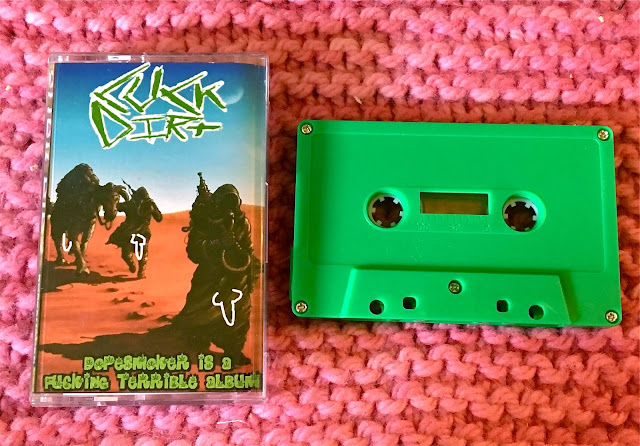 What Cuck Dirt have done is create a diss track about one of my personal favorite albums; "Dopesmoker" by Sleep. In leu of Sleep releasing their "comeback" record so to speak, I saw a ton of people start saying some not so great things about, just all at once and out of no where. I guess it's because they released it on 4/20? I'm not sure, and I'm not here to talk about Sleep. In any case, Cuck Dirt are straight dissing that shit, and it's as funny as it is harsh. It starts out with a sample of an auto-tuned voice, talking about how "it's fucking nice out, who's trying to hang and smoke some loud?". Apparently this is taken from some sort of meme, which I'm honestly unfamiliar with. I thought it was some brilliantly weird shit in any case. From then on it's a blasting, snarling dose of vitriol for the next 50 seconds, great stuff all around. The lyrics are pronounced and rapid, in a mid-period Sissy Spacek kind of way. They're down to earth and blunt, but it's done perfectly for what it is. It reminds me of Jay Randall's lyrical style from those good ANb days. Cuck Dirt's fantastic and seamless blend of composition and complete noisecore is still strong here, no riffs but a good sense of structure. 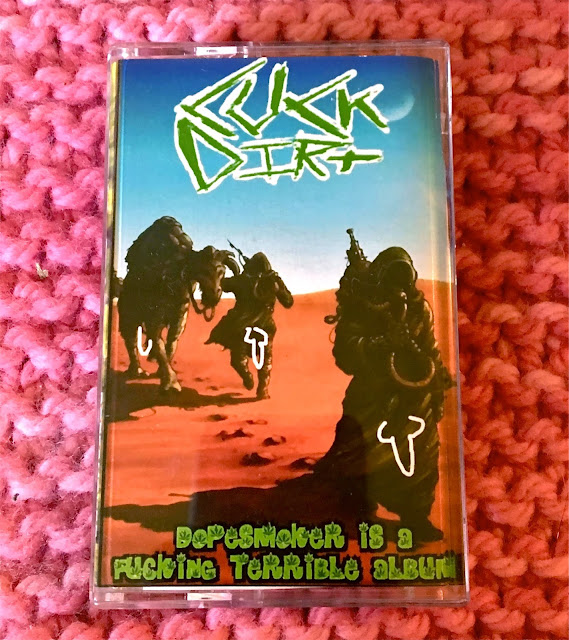 I also appreciate how they just didn't hold back on this cover art, which is clearly just the artwork from the "Dopesmoker" reissue, with crude MS paint dick drawings. Perfectly dumb. The whole layout is wonderful, and I'm dang happy to have gotten the #1 copy, not sure how I scored that! The tape dub is just the tiniest bit murky and fuzzy, but it's forgivable. 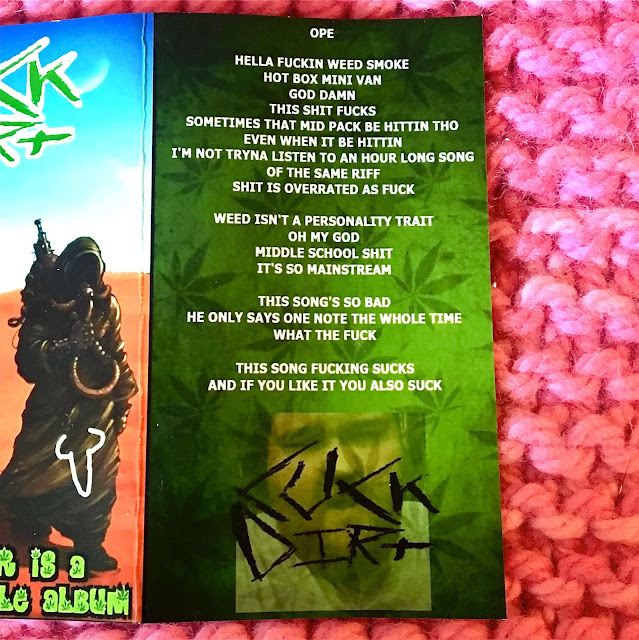 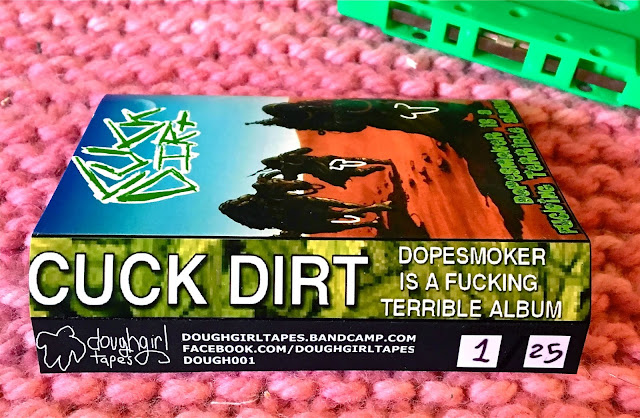 I fucking love this tape, it's a total winner in my book. Buy this before it sells out!!!