Here's another piece of the huge stack of releases that Sidetracked has gotten released this year. A tidy and short cassette EP called "Perpetual Dissent", released by Alternatives Label. Probably in a run of 100 or so on pro-tapes. 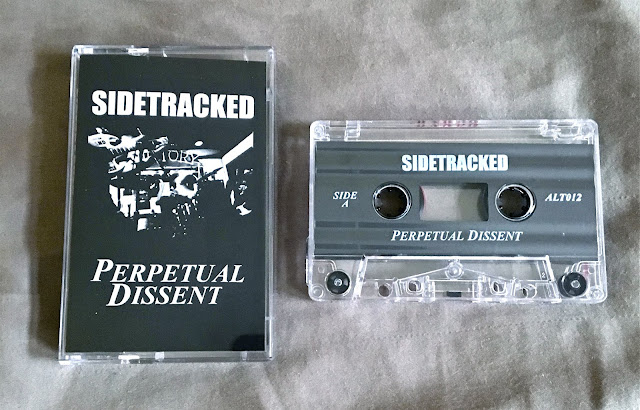 This is definitely one of the strongest releases that Sidetracked has done this year, and will most likely be on my favorites of 2018 list.First off, the recording is fantastic, the guitars and bass sound heavy and hard as fuck! Great, catchy, warpy, angular riffs too, some of the best I've heard from them in a while. It's also a very focused EP, the songwriting in particular makes the whole thing flow very well. Repetitive yet always hard hitting. To me another example of the band's fantastic blending of noisecore and blasting hardcore genres. 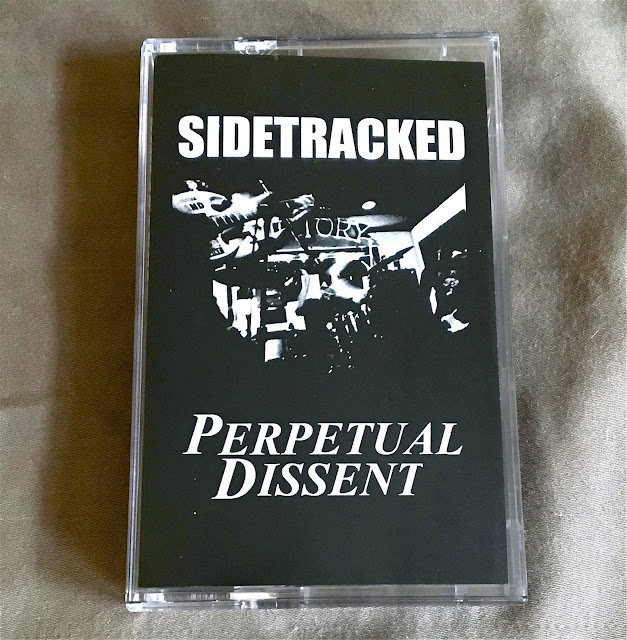 Every song starts with Jay saying the title of the track (referencing Seven Minutes of Nausea no doubt), then going in to super aggressive and powerful riffs, blasting, and vocals. For real, the recording/production and sound of the band is so on point on here. Every song also features a break of live recorded bass and drums, with a much more lo-fi recording fidelity. Every track is punctuated by a returning blast of riffs with the title screamed out again, drenched in echo and eventually dissolving into pure noise. Every song is written this way; which does get a little monotonous at just a few points. Some songs like "Never Change" would probably be even more insane is if was just blasting all the way through. But I appreciate the direct decision to sequence the EP this way. Besides, it rips so hard it could go on twice as long for me anyway. 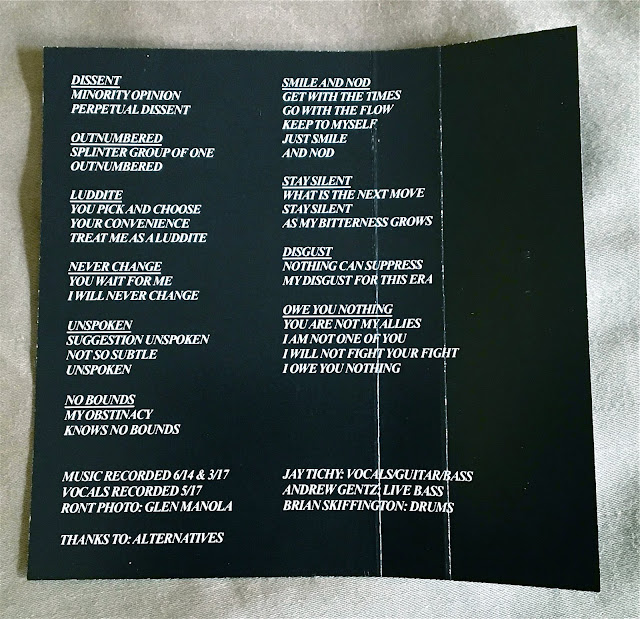 The tape looks and sounds great. It's loud and crisp and has a very nice layout. Brutally short as always. Probably just shy of 3 minutes, in and out. Fucking brilliant. 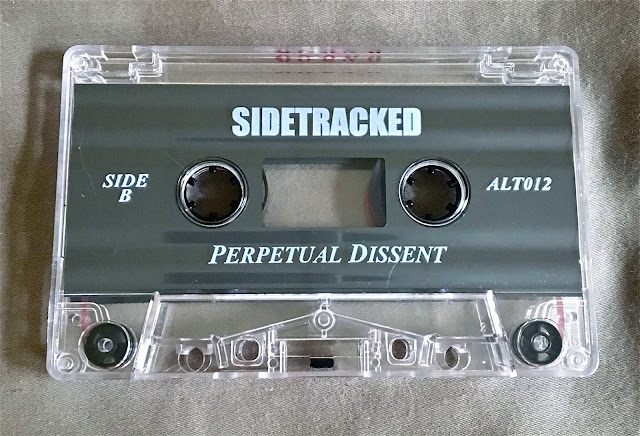 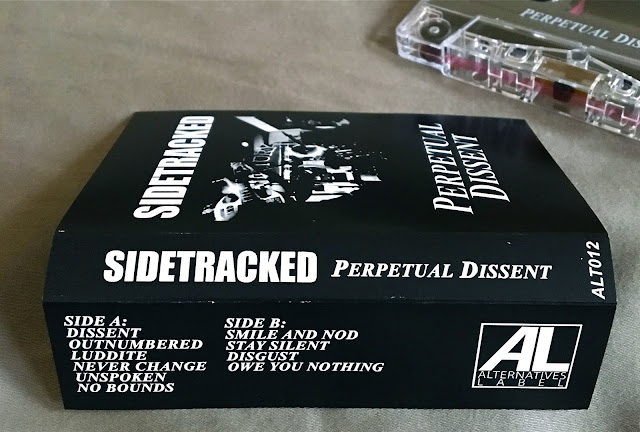 This is the release that has been my go-to when I'm showing people Sidetracked for the first time these days. And pretty consistently they've all been impressed. Buy this!!!