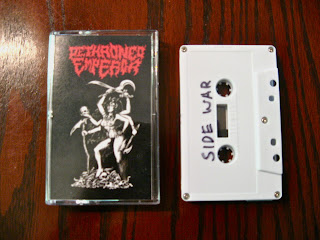 I finally got this cassette in the mail yesterday, "War Grind Hell"; the latest EP from New Jersey raw-dogs Dethroned Emperor. I reviewed this beast several months ago on my youtube channel, and I gave it high praise. It would have been one of my favorites of last year if it had actually been officially released. Production problems aside now, the physical cassette is finally out for all to enjoy! 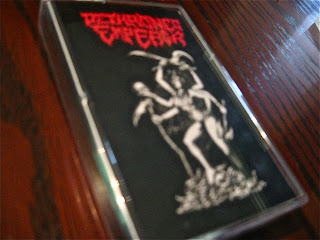 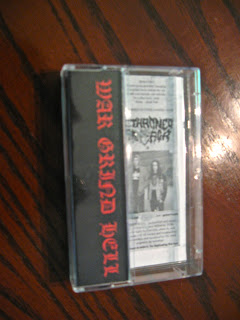 The packaging is really nothing special. One sided cover, one sided insert with a plain white cassette with sharpie writing. Pretty basic. It doesn't even have a spine label, which is weird. As far as I know there may be 100 or 150 of these bad boys released. You can get in contact with the band here. They have quite a few releases planned, so keep an eye out. Approved! 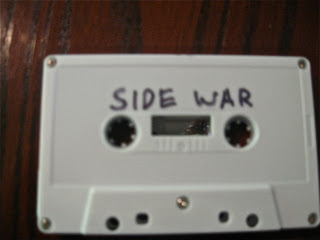 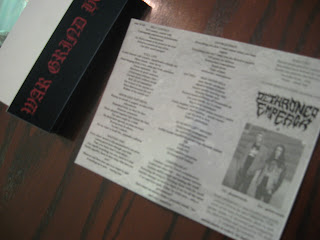