Without a doubt one of my biggest obsessions and loves in the New York noise crowd is Limbs Bin. A solo power electronics/drum machine abuse punk project lead by Brooklyn resident Josh Landes. Someone I am just blessed to have met and developed a friendship with. His extreme passion and VERY broad taste in all things loud, obnoxious and electronic from PE to synth pop, has been very inspiring and just an all around joy to soak in vicariously. Through one-on-one communication or his radio show, Infinite Distortion. Of course this means Josh has been doing splits with some of the most exciting and interesting bands in the worldwide noisecore scene. The most recent crowning achievement is this gorgeous split cassette with the UK's biggest noisecore shitstorm, Two Million Tons Of Shit. Limited to 54 copies. 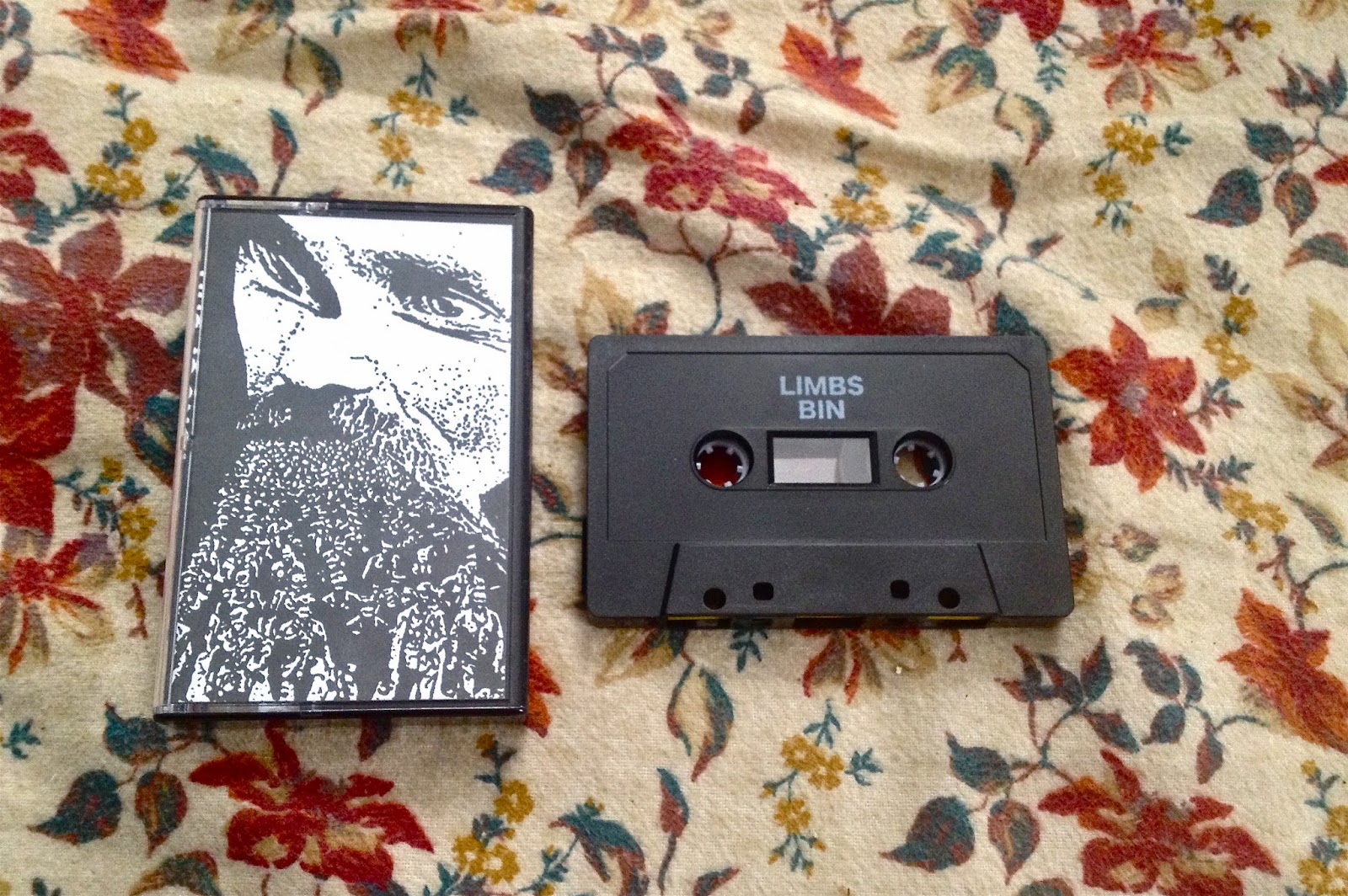 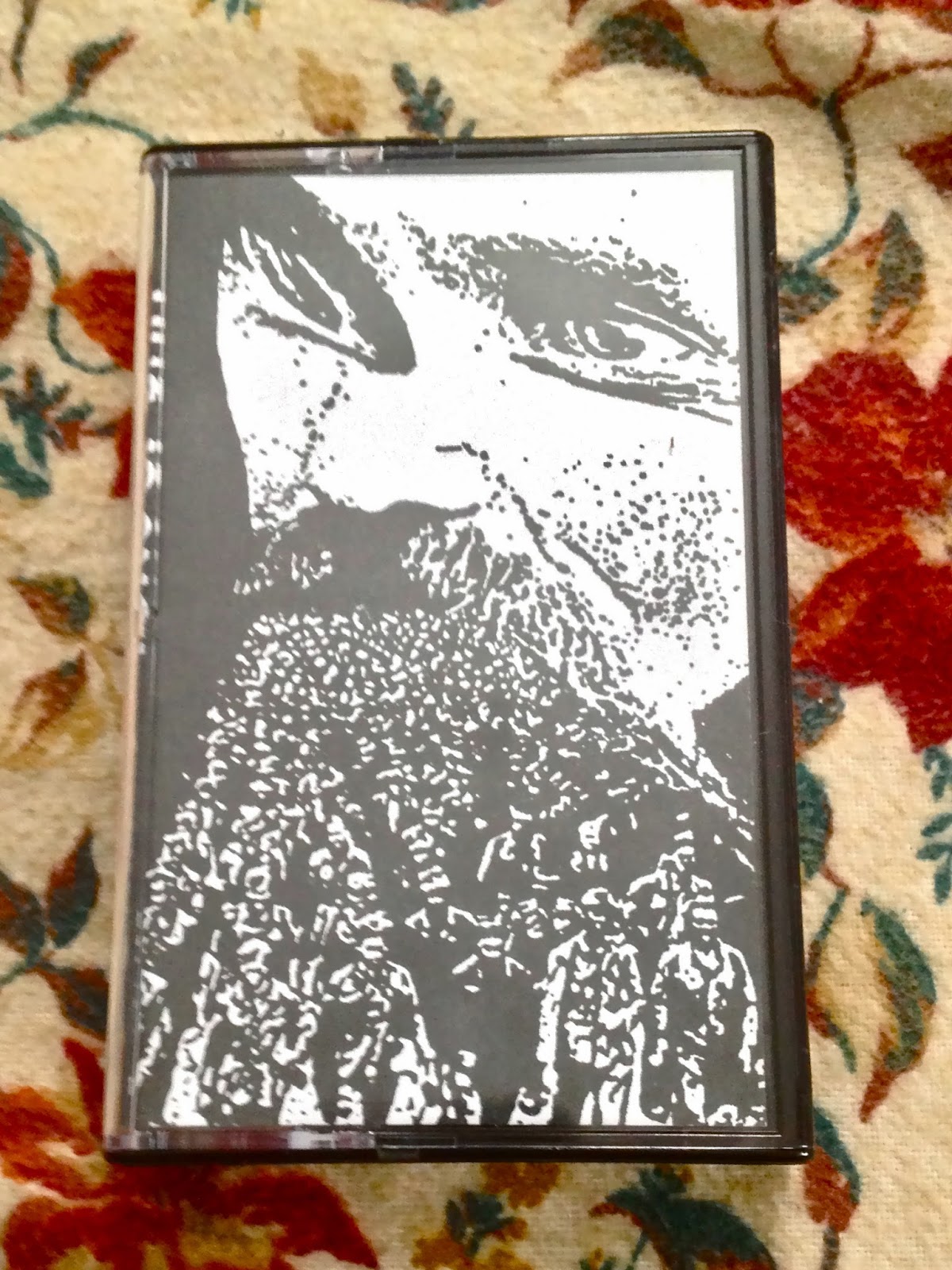 Very professional work was put into this cassettes production. It has a very crisp, clean dubbing that showcases TMTOS's psychedelic racket, and Limbs Bin's expansive power electronics collage piece perfectly. Love this cover art too, it reminds me of some incredible, batshit, sci-fi propaganda movie from the 60's. Apparently 42 copies were on black covers with the remaining 12 on white. 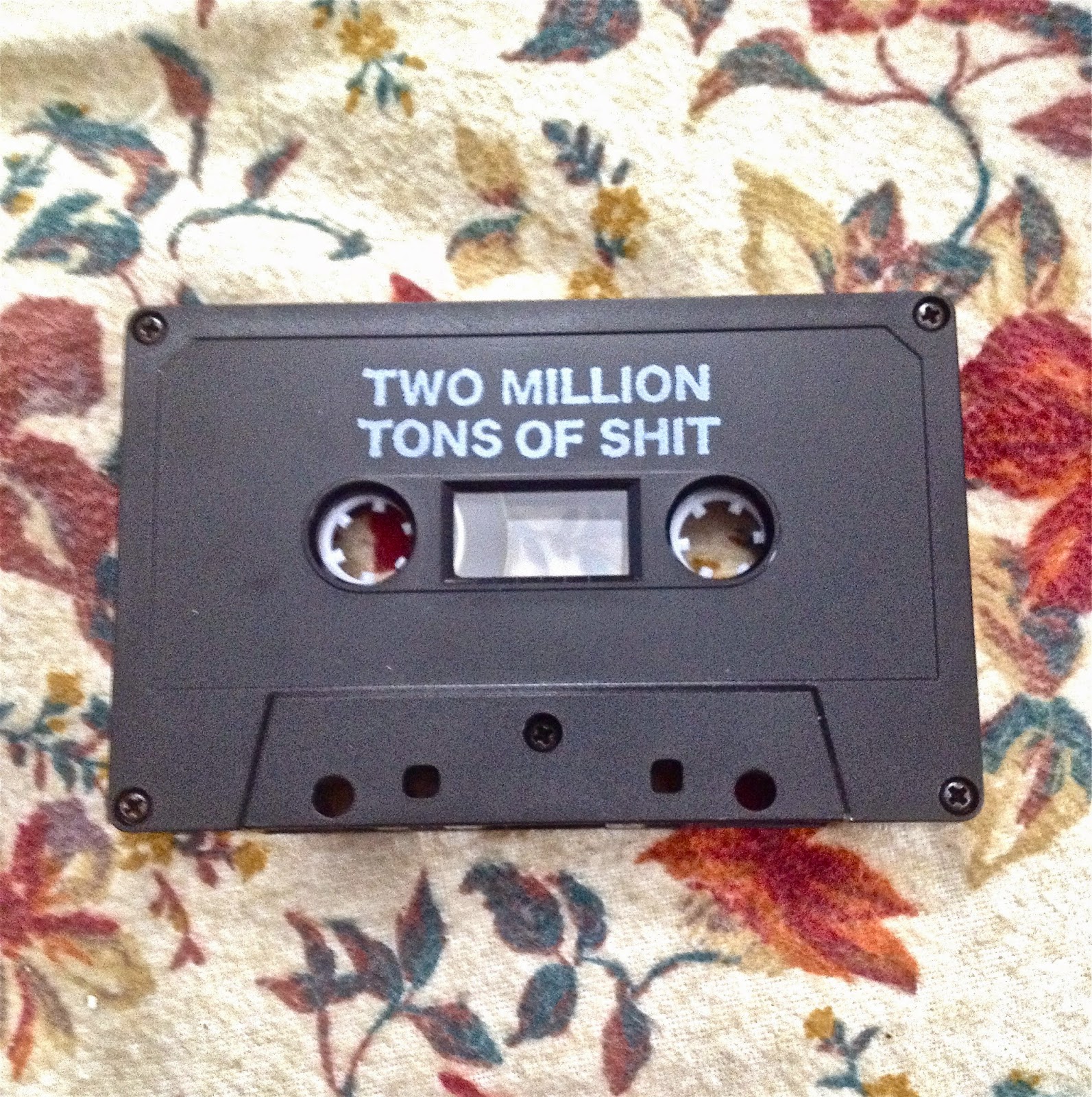 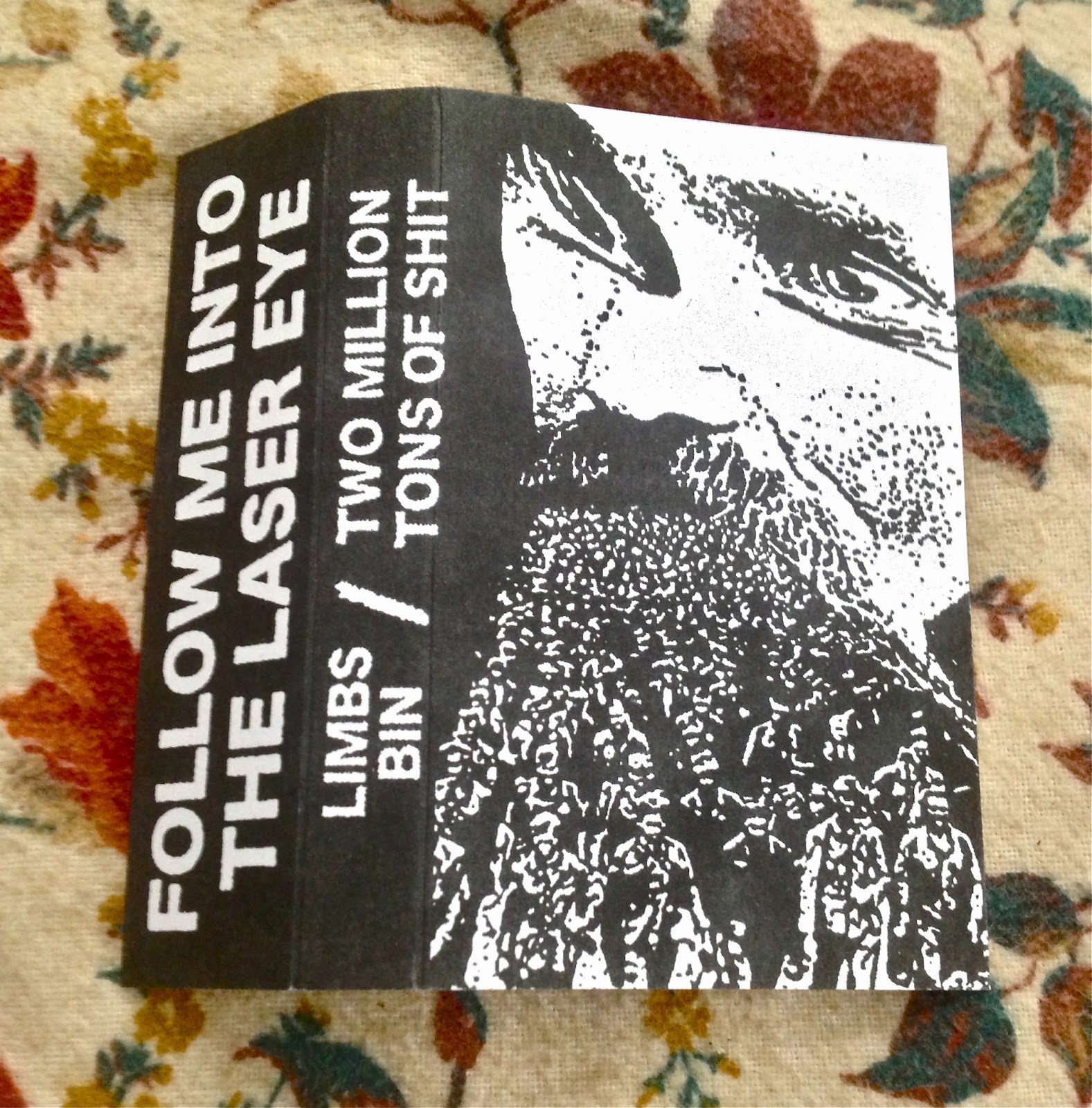 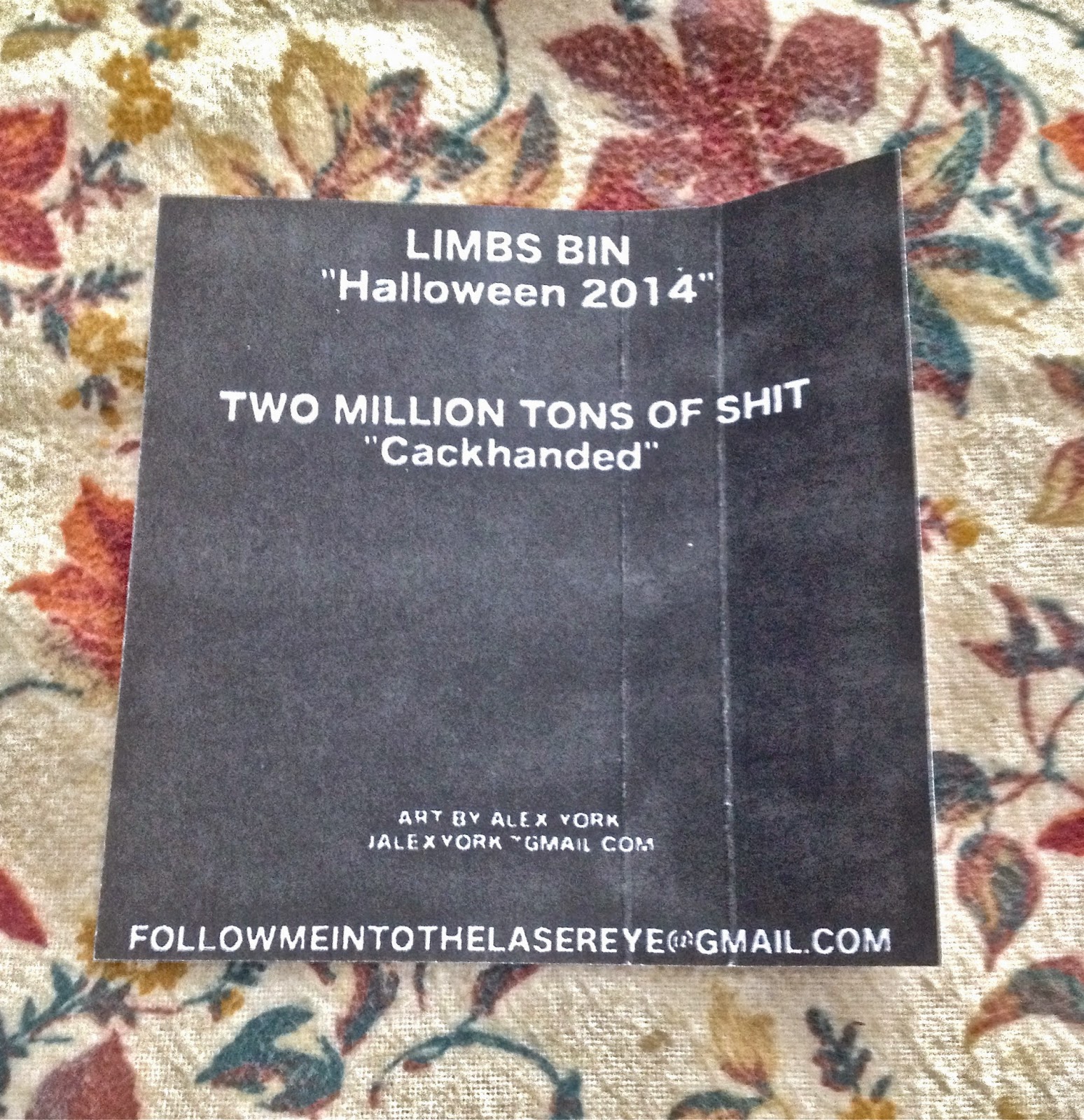 Limbs Bin is on a seemingly never ending spree of releasing splits with all sorts of noise and grind artists and groups, and I'm positive each one will not disappoint. TMTOS are seemingly lacking any real internet presence, so I sadly have no idea what they are working on presently. This tape is seriously worth seeking out though, decalcify that pineal gland and let the noise seep into your skull.