One of my biggest, mushiest, lovey-dovey music crushes is John Wiese's prolific, monumental noisegrind/harsh music concrete band Sissy Spacek. A swirling, ever evolving and experimenting unit which has been on a roll of consistently putting out grindcore rooted 7"s over the past couple of years. Due to my deeply saddening lack of online purchases, I'm still missing quite a chunk of SS records. However, the fantastic "Lead Their Exit" EP has managed to find it's way into my loving hands. Black vinyl, 45 RPM, limited to 300. 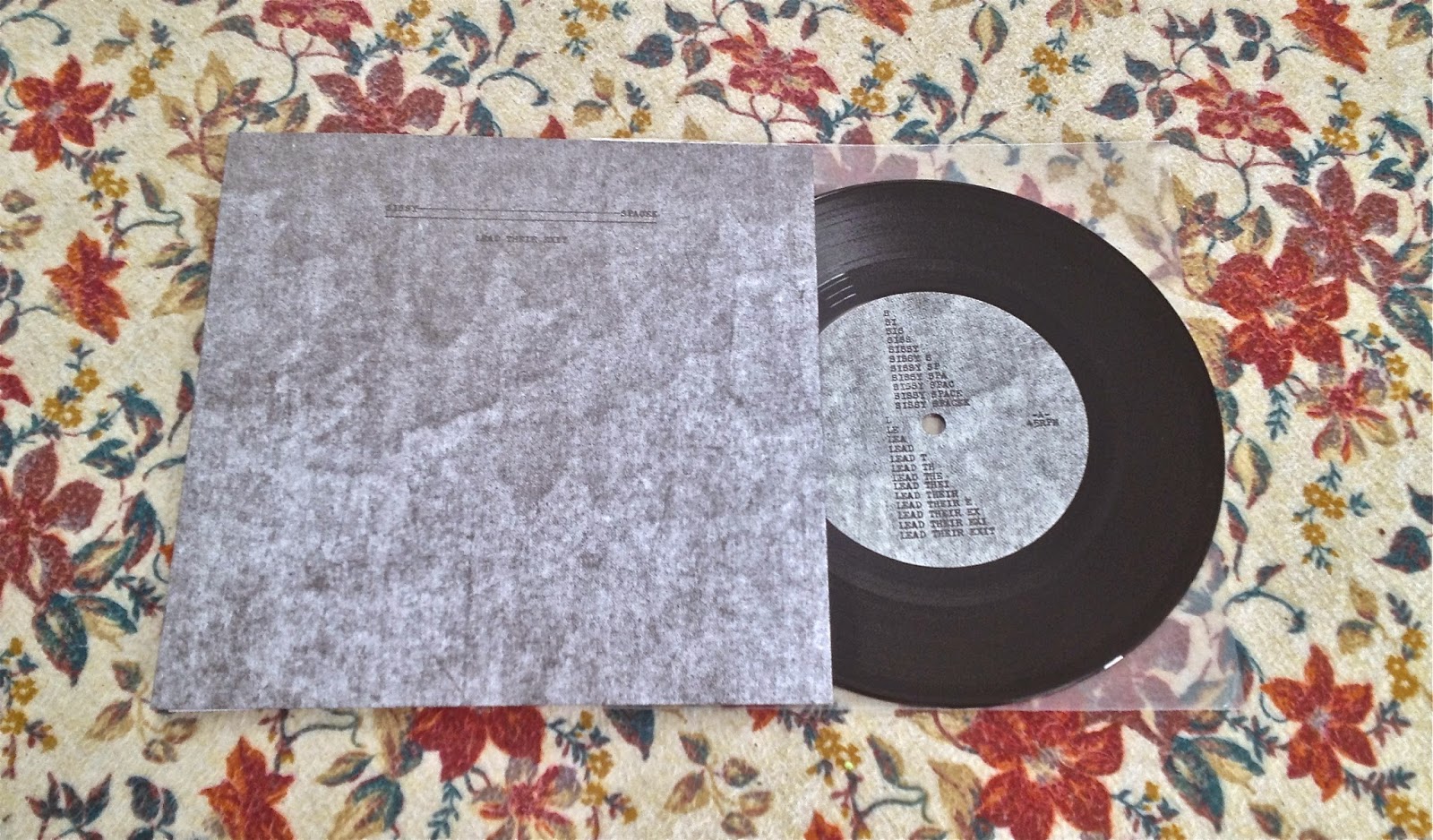 Sissy Spacek is one of my true loves because in addition to their constant experimentation, I think they are one of the purest examples of what quality noisegrind should be. Mr. Wiese's mastery of sound manipulation instantly lends itself to inventive ways of actually incorporating noise into the grind, and drummer Charlie Mumma's brilliantly stripped down style or 100% pure blasting and nothing else. He will play literally just blasts. it's a recipe for perfect noisegrind. At least when Sissy Spacek does it. 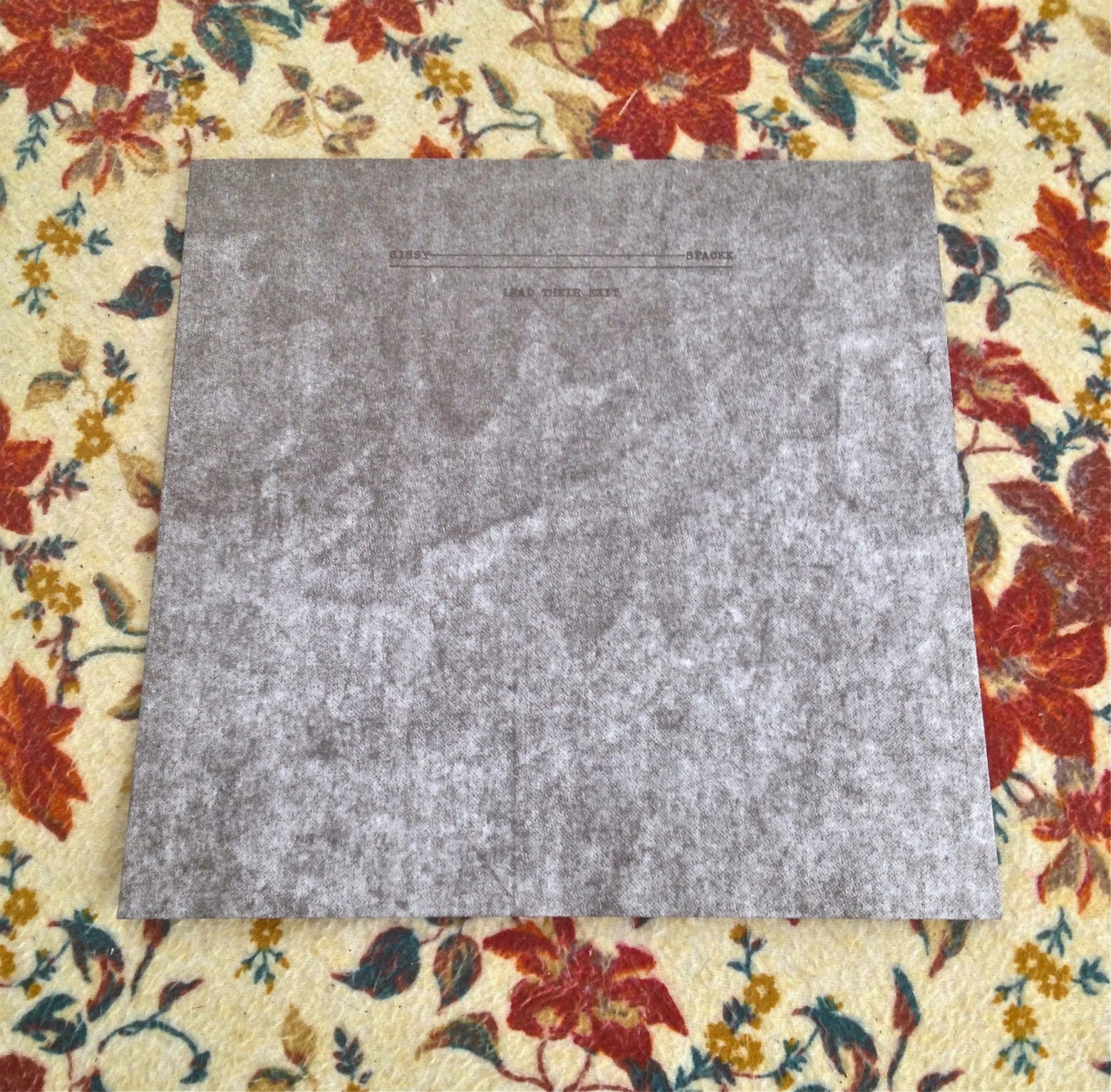 This is a notable release for Sissy Spacek for a couple of reasons. Most notably is the entry of new vocalist Sara Taylor, screaming her throat out as the replacement for the usually present Corydon Ronnau. Sara's vocals are equally raw and monotone, sounds a lot like Madison from Cloud Rat actually. She is also partnered with the brutal metal screams of Charlie, which is pretty different for the band. Sissy Spacek really have becoming a devastatingly tight band, under all the noise and lo-fi production. Slowly creeping closer and closer and toying more and more with the more straight forward grindcore style of writing. 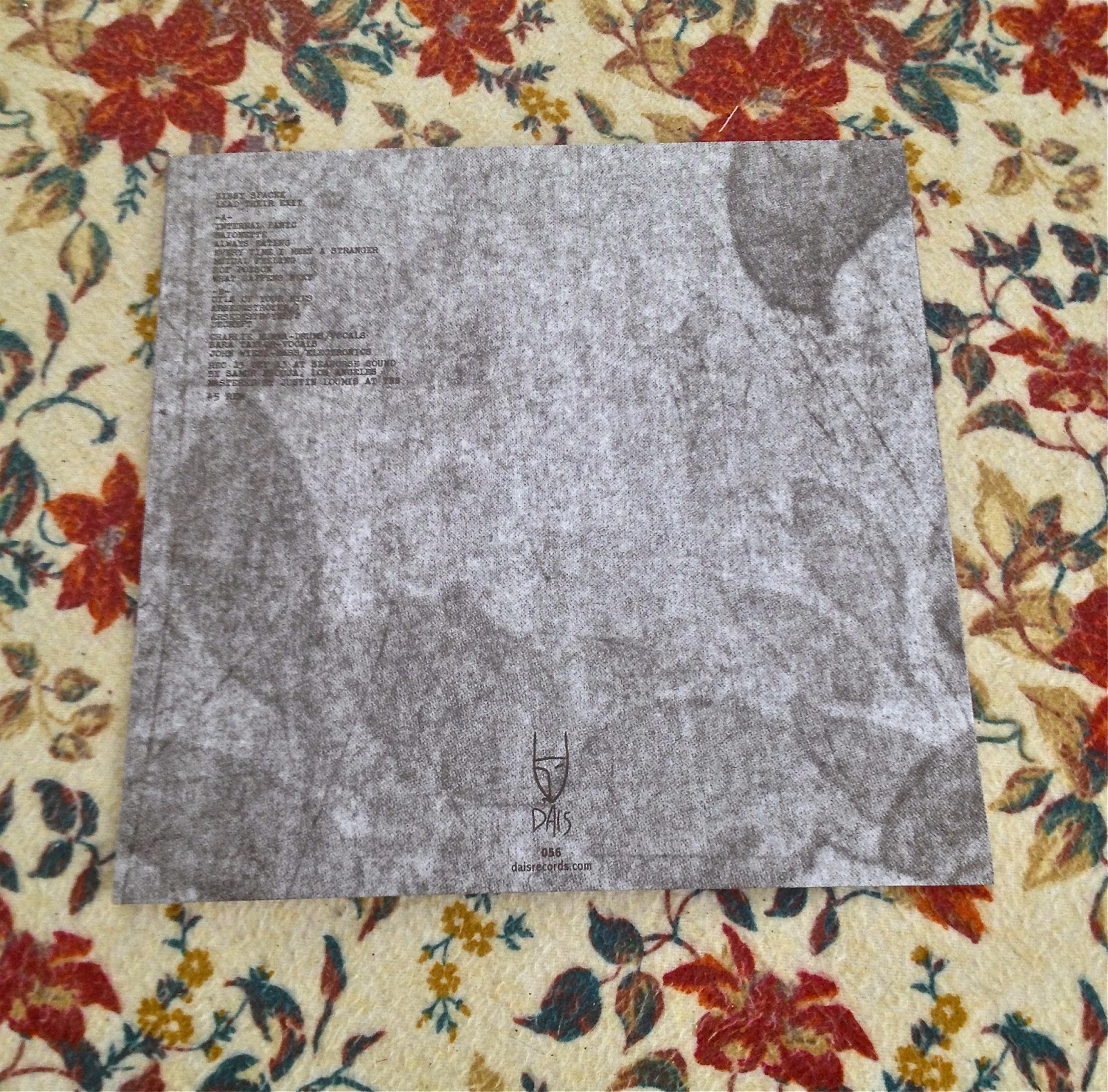 I'd say that "Lead Their Exit" is one of the more focused and well executed of the recent batch of 7" EPs. For the short time length, they add a lot of variety and a good amount of individuality to these tracks. Side B opens up with the less then a minute power electronics track "Oils Of Your Eyes", before going into two BRUTAL Arsedestroyer covers. It's a pulverizing display of Sissy Spacek at their most straight forward and aggressive, ending with the most structurally complicated track "Decrypt". These last few tracks are the best examples of Charlie and Sara dueting with each other, and it's an incredible assault. 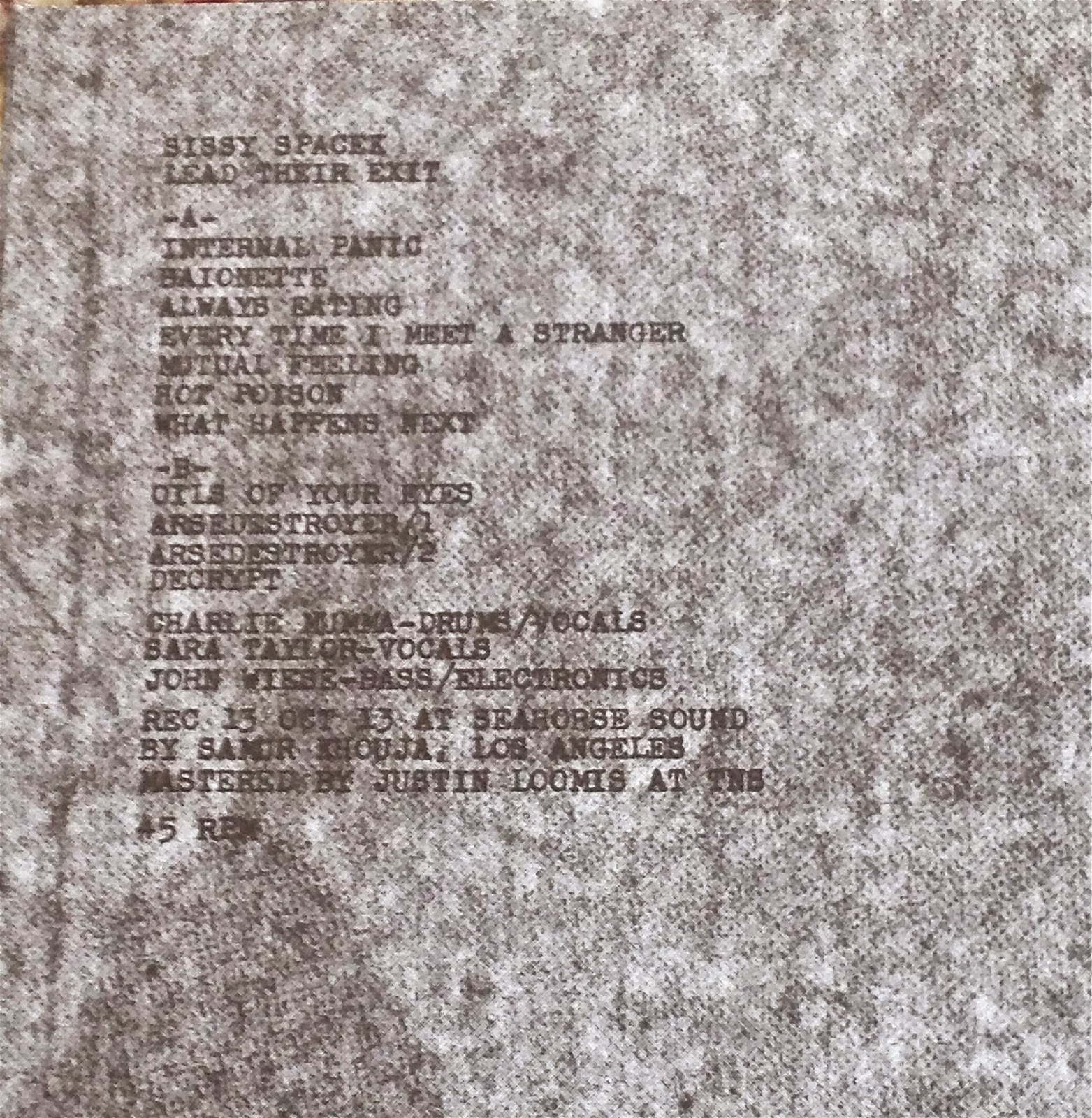 Very good packaging in a sturdy glued sleeve. My favorite!! No insert, and all the infor given is printed on the back. 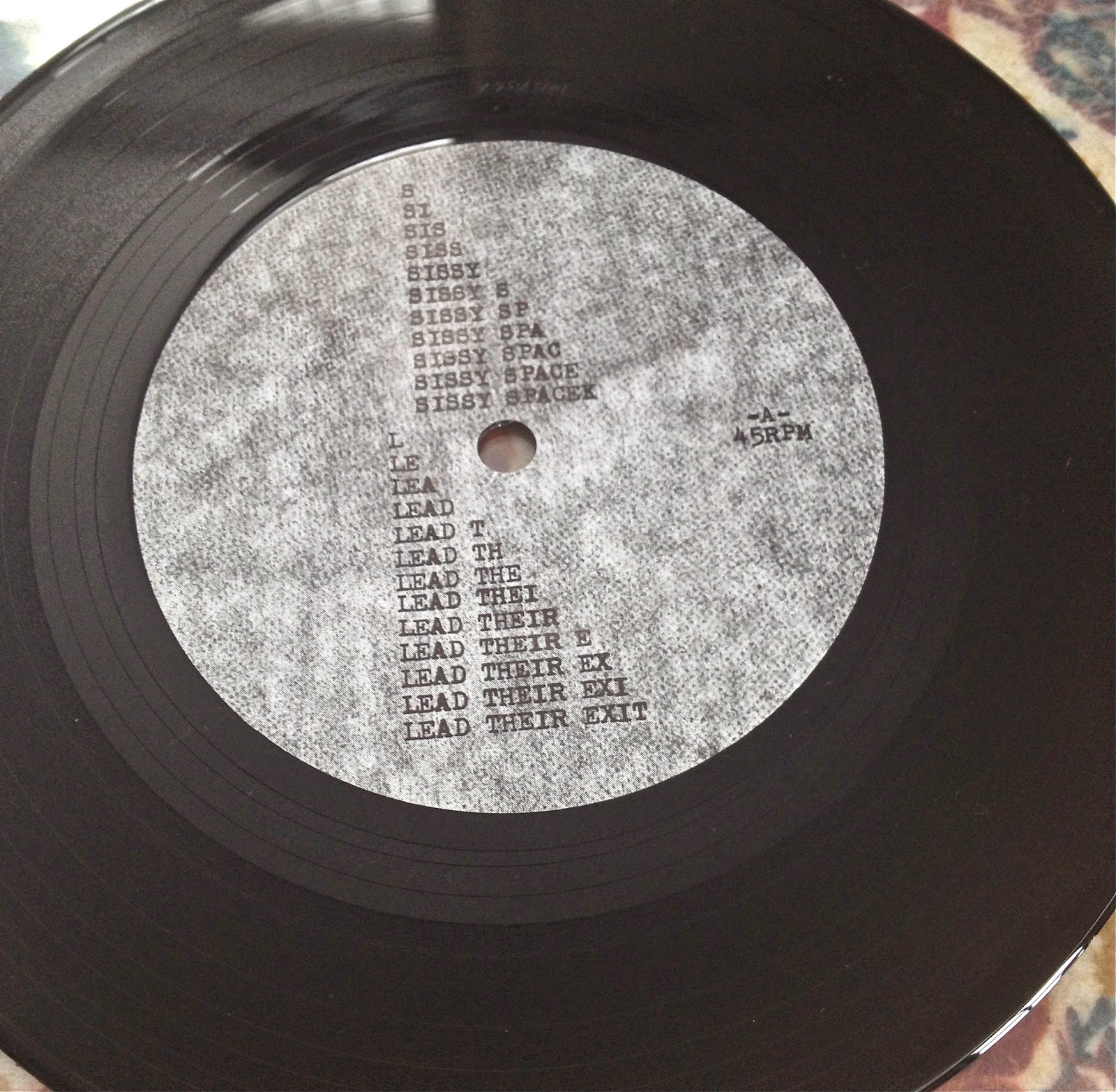