Brazil, actually most of South America in general, is a land rich and full of some of the harshest, rawest, most primitive and intense interpretations of the genres we know and love. Through most of my experience looking in as a young metal head, most of what I saw exported from Brazil was bestial black and death metal. Where ever my tastes lied back then, I just didn't pay much attention to a lot of those bands. And I certainly wasn't aware of any grind bands there. My tastes being what they are now, when I first heard Industrial Holocaust I was instantly hooked. Eager to pick up any recordings I could from this Brazilian trio. As luck would have it, I managed to pick-up one of their recent 7"s from the owner and operator of Rage For All Records at a show in Syracuse. This is "The Holocaust Continues" EP, 45 RPM. 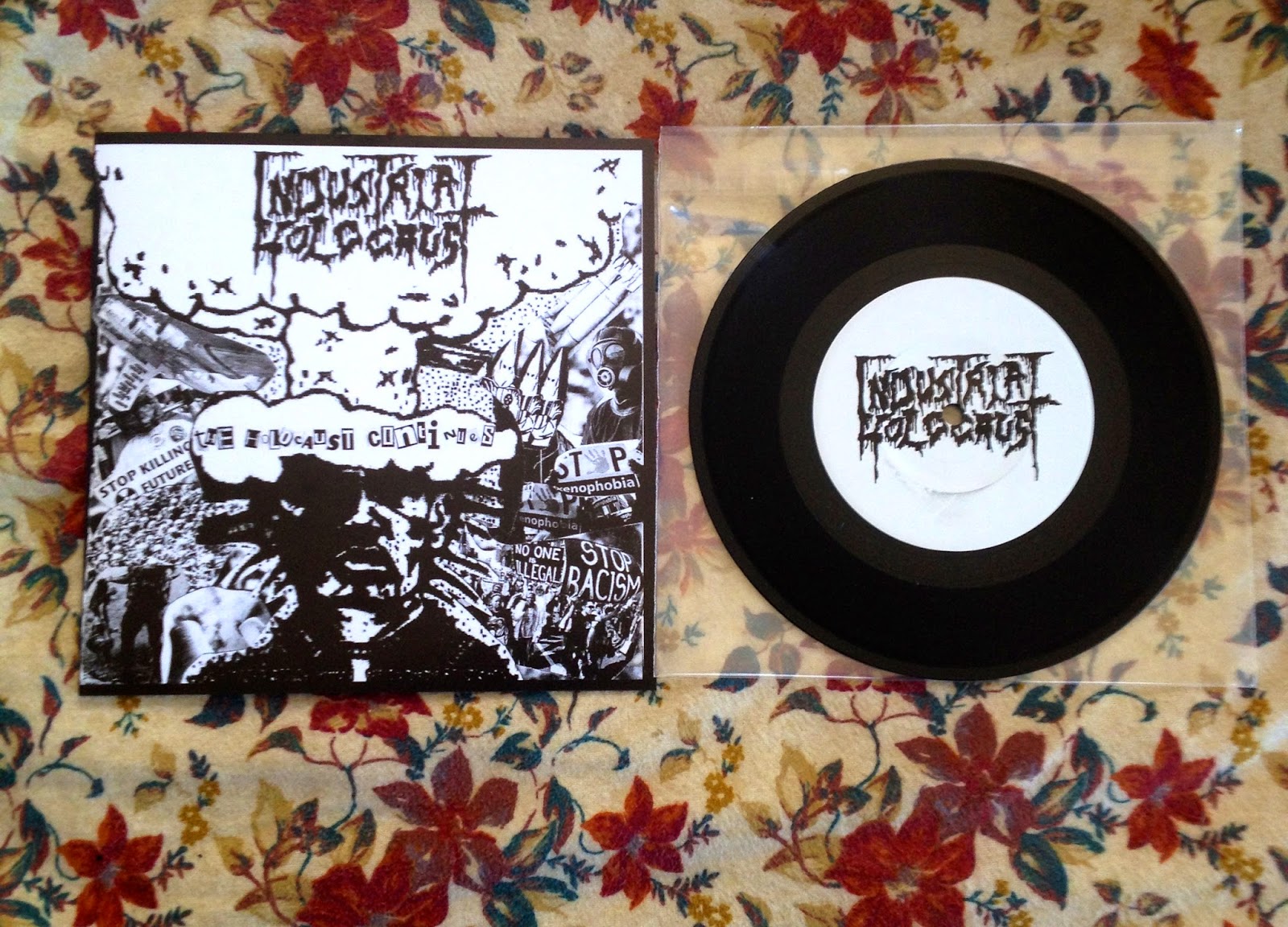 IH have been at it sine the late 90's, releasing only a handful of records (that I know about) over the years. Mostly with other South American and Brazilian groups like Noise. This EP was recorded in 2012, but goddamn if it doesn't sound straight out of '87. Industrial Holocaust's style is still very spontaneous and unhinged, as you would expect from noisecore. Lots of microsongs and all-or-nothing blast beat tempos. All while maintaining an astoundingly sincere and genuine inspiration from oldschool grind like Sore Throat, Electro Hippies, and early Napalm Death. The blending is balanced and seamless, it's masterfully done. This is exactly the kind of noisey grind 7" I look for. 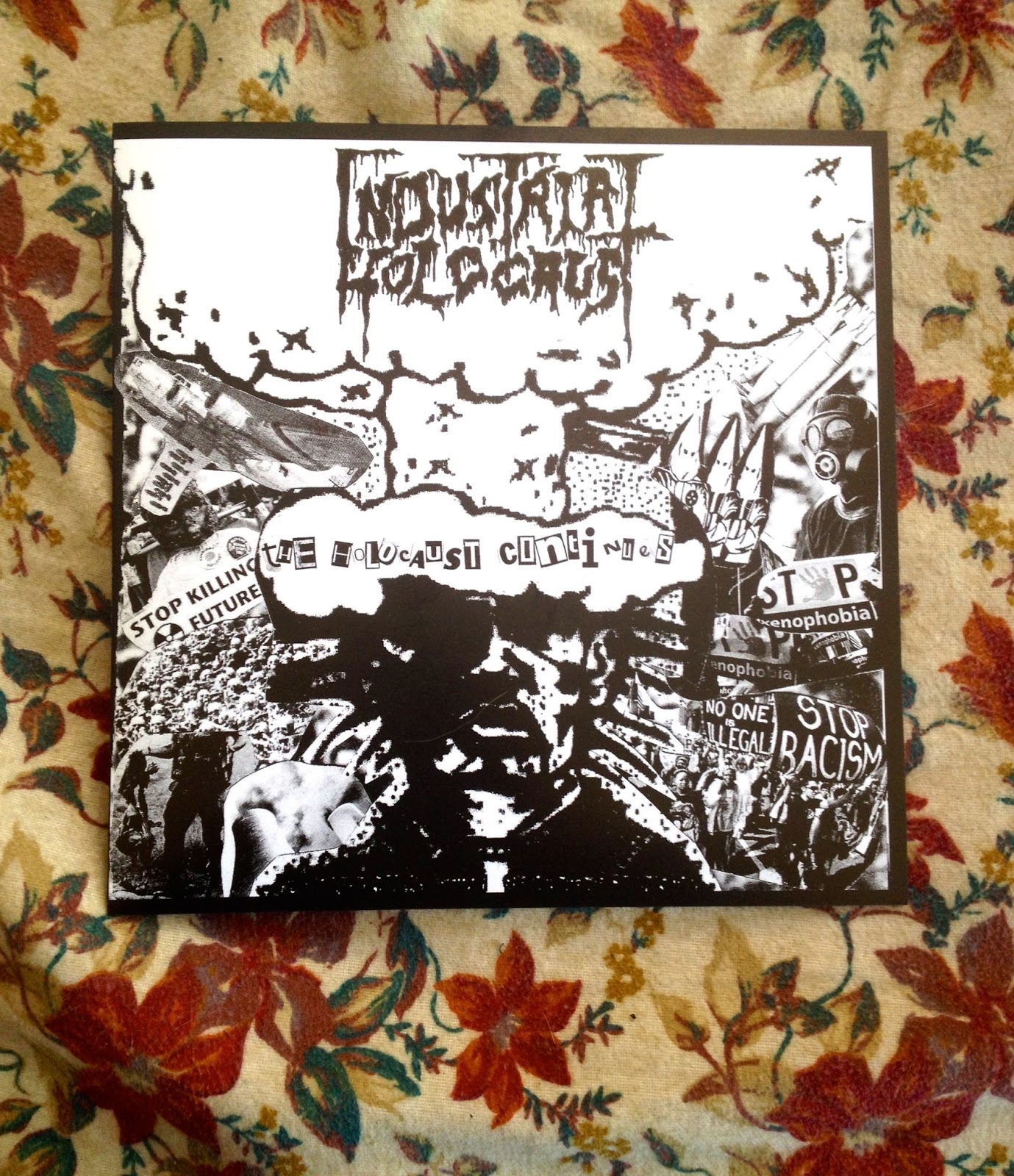 Industrial Holocausts message is loud and clear; fuck the capitalist system. And stand against all the other atrocities and life's unfairness that every crust punk has been complaining about for years. Their message comes off as especially passionate being from Brazil, a country plagued with incredibly polarizing rich and poor status levels.
I first heard about these guys from Josh Landes of Limbs Bin actually. Explaining further that you can literally not buy these records. You have to write to the band (or label) and trade for them. And both parties are very strict about this. I got this record for free, this was a gift of music. Even after I crassly attempted to pay. I'm hoping I can help spread some word about this band a little as payment. 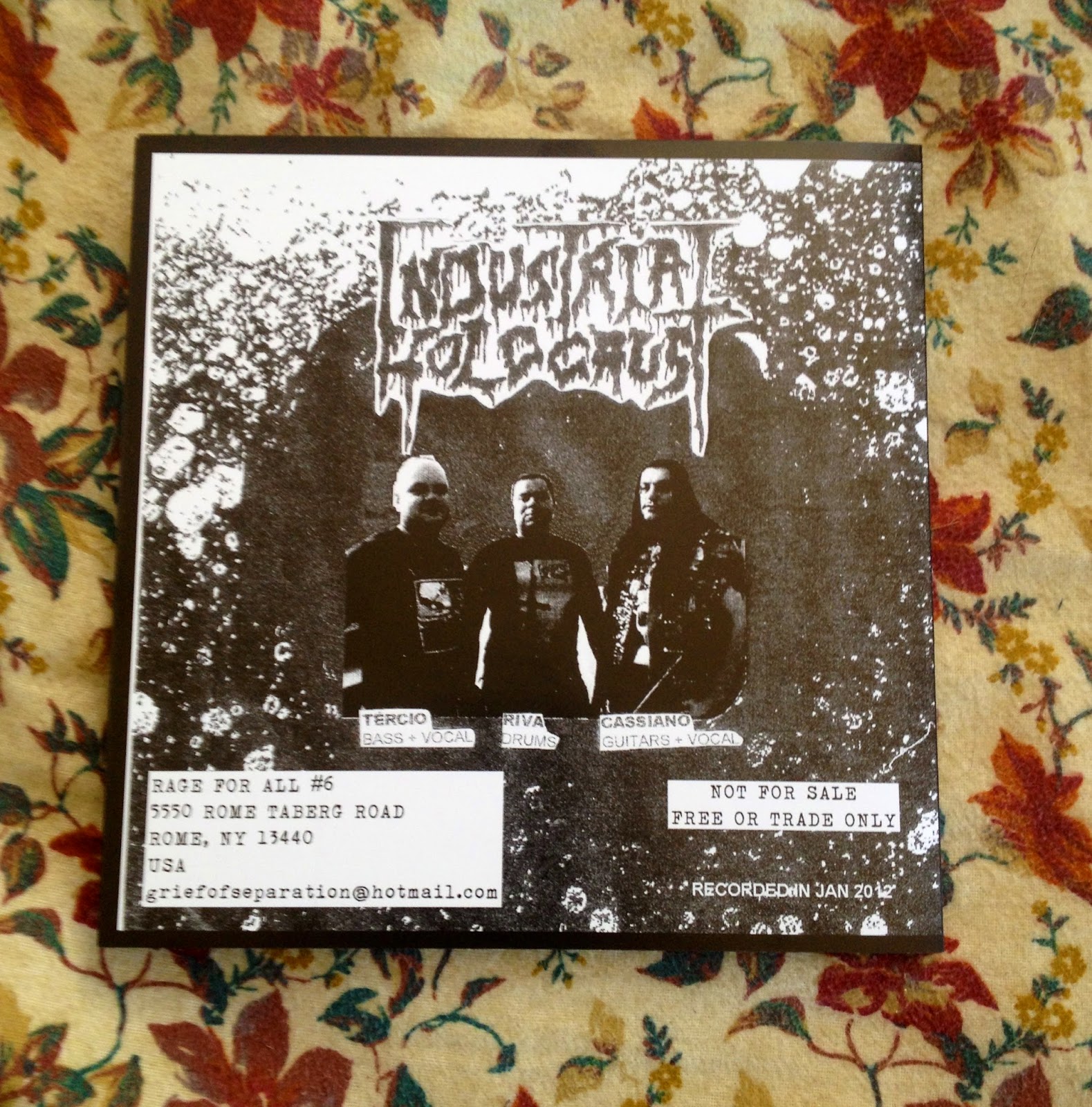 Loving this old-school cut and paste layout. And I didn't know there was a noisecore label in New York doing vinyl either. This is a fantastic revelation. 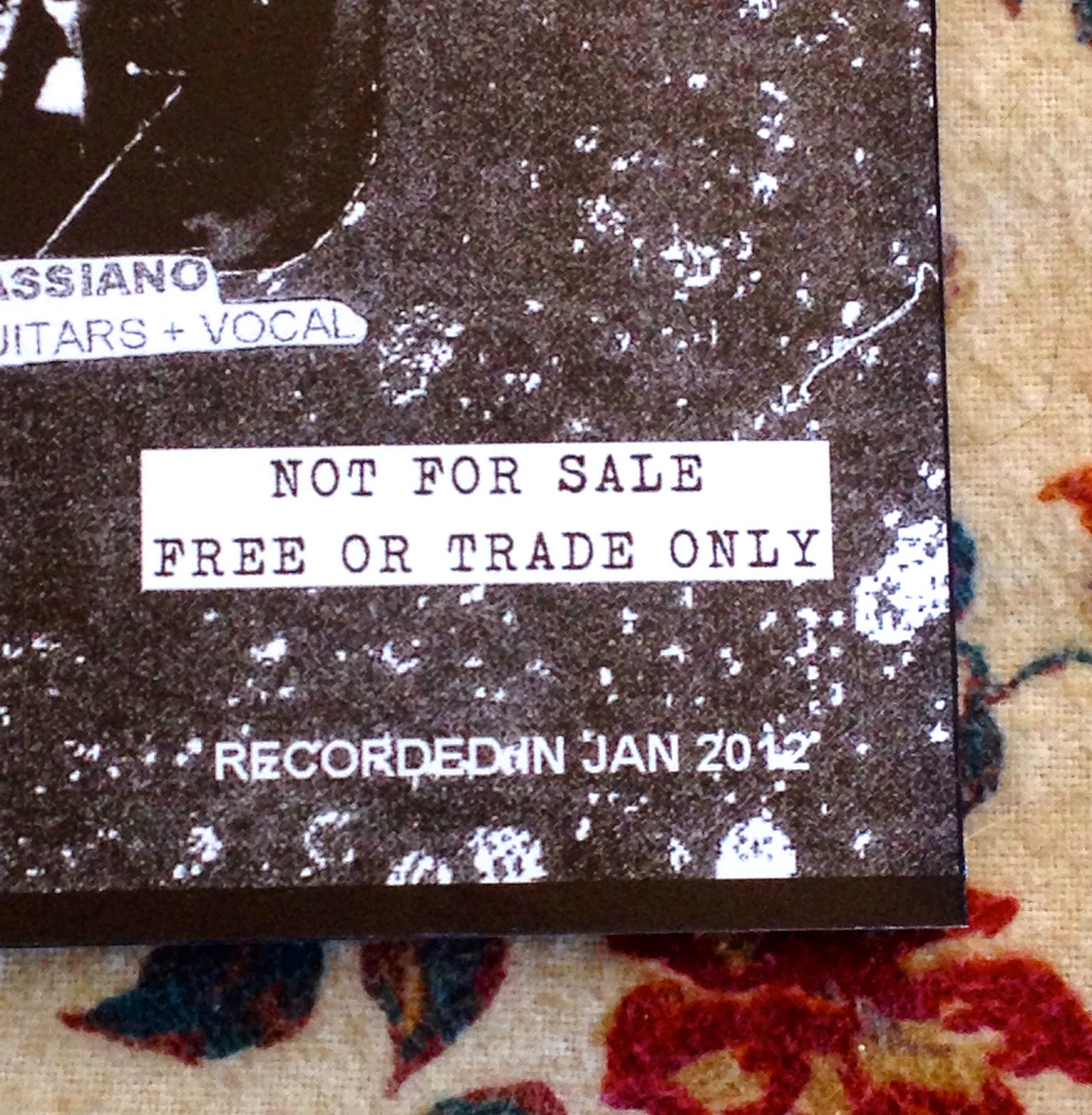 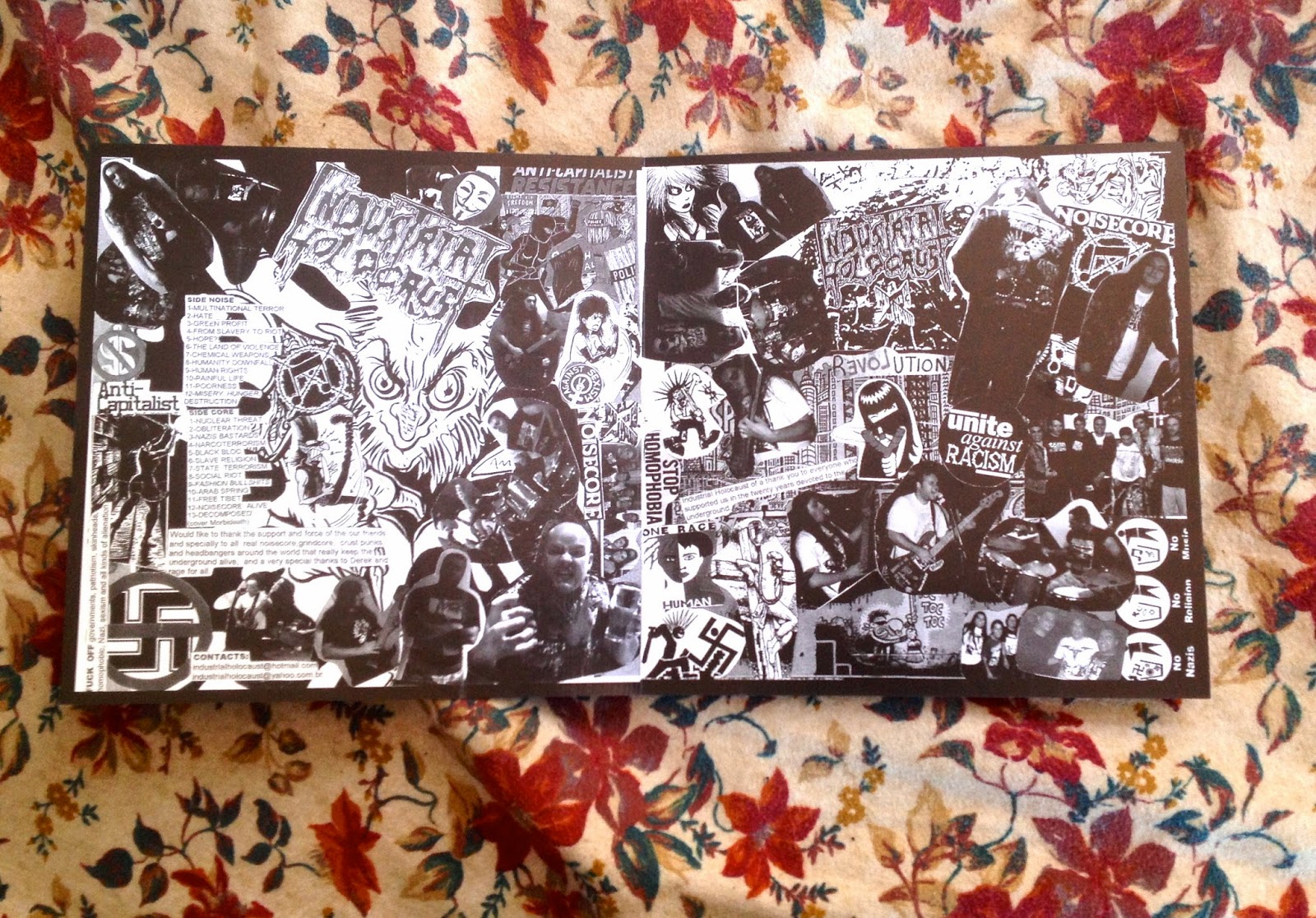 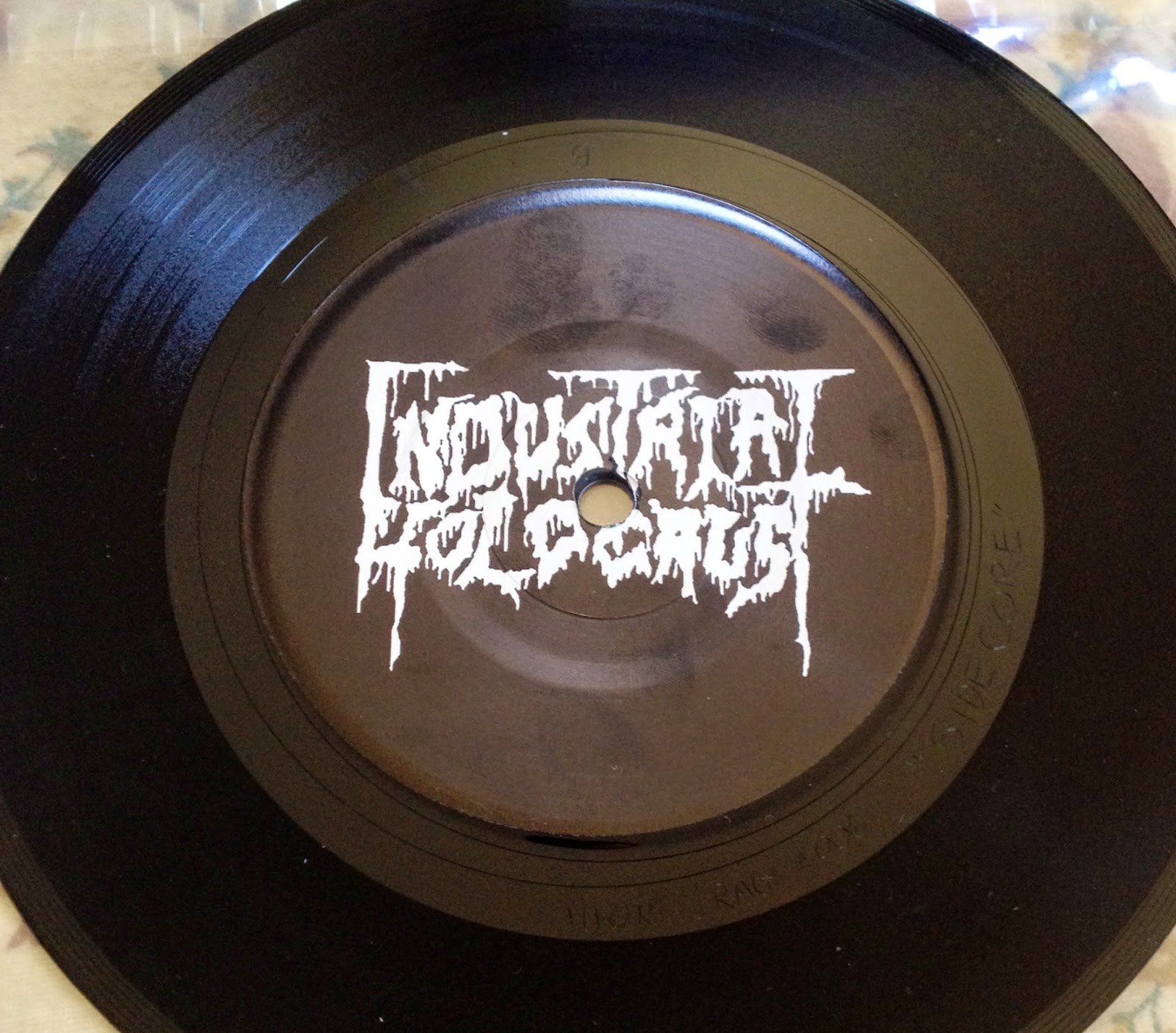 Of course you can still buy some IH records on Discogs, but what's there is limited. I'm hoping to get whatever IH records I can asap.