Thanks too a few of my friends getting flexi discs released for their projects, I've grown to have a lot more appreciation for the format. I think it's because they perfectly suit my preferred amount of time for a release, one side of a 7" record. Plus they just look cool, and I'm always interested to see what people can do for their packaging. Limbs Bin was among the bunch to release a flexi this year, a strong little EP entitled "Bliss Tech". Released by Follow My Into The Laser Eye and Moon Mechination records, 33 RPM. 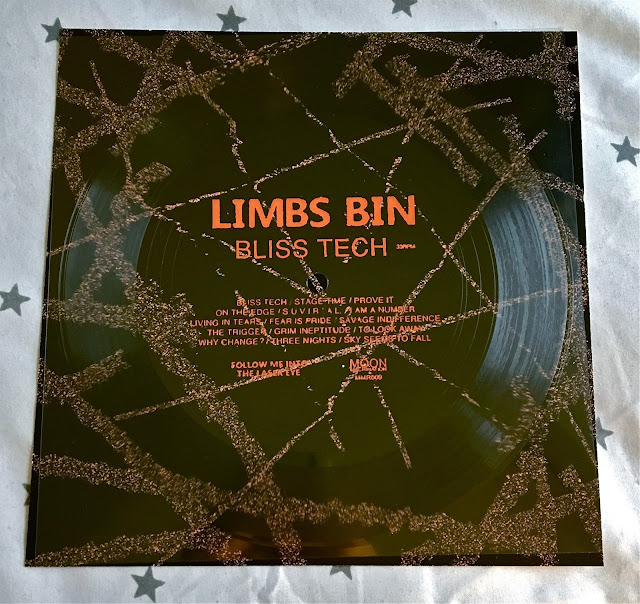 "Bliss Tech" is classic, brutal Limbs Bin as we know it, but at the same time this release highlights a more subdued and methodical approach in it's use of sound. The usually active and swirling modular tones are instead a slow, churning, bassy frequency that changes and moves gradually as songs begin and end. Similar to a lot of Limbs Bin's live shows. The trademark vocal and drum machine bursts sever the tension building tones in short but sweet, punk-minus-the-band style. I've always described Limbs Bin as a punk band in it's true nature. From the Infest style vocal patterns, to the introspective and personal lyrics that are pretty cryptic at times, but leave an impact. The shortest song on here, "Why Change?" is a good example of that. It's interesting reading the lyrics for "Bliss Tech" knowing the general inspiration for it. The story the lyrics paint leaves me with some open ended scenarios in my head. I really enjoy this EP, it's some of Josh's best stuff, I'm happy that other people seem to be digging it as well. 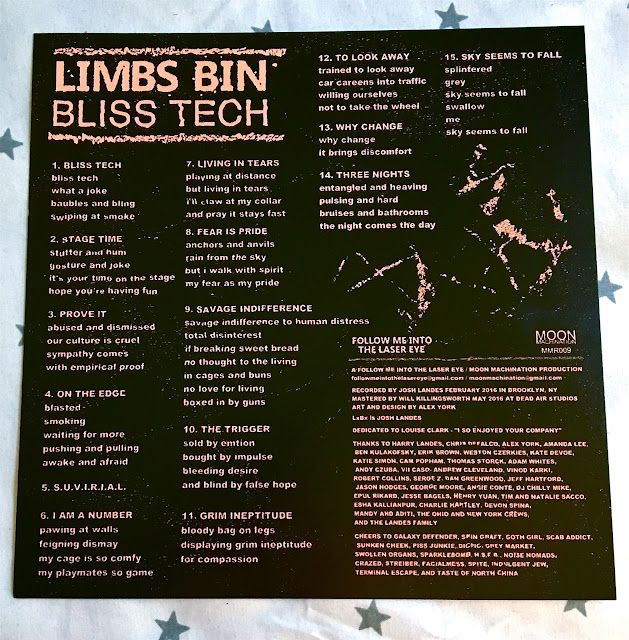 The packaging consists of one double-sided insert, one side being the art side, lyrics and info on the other. As usual, the art was all done by Limbs Bin's visual partner, Alex York. I really like the use of orange on this release, it stands out amongst the grim black and white only crowd. The flexi also managed to capture a ton of the low-end that this EP needed to have the best impact, very good production. 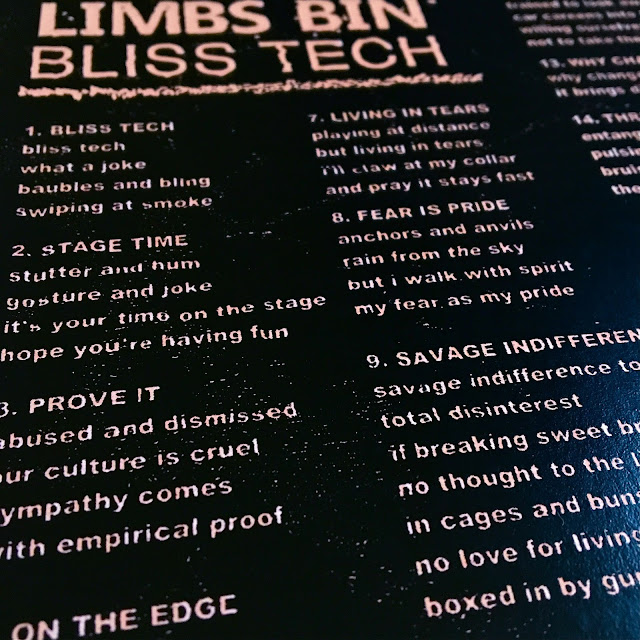 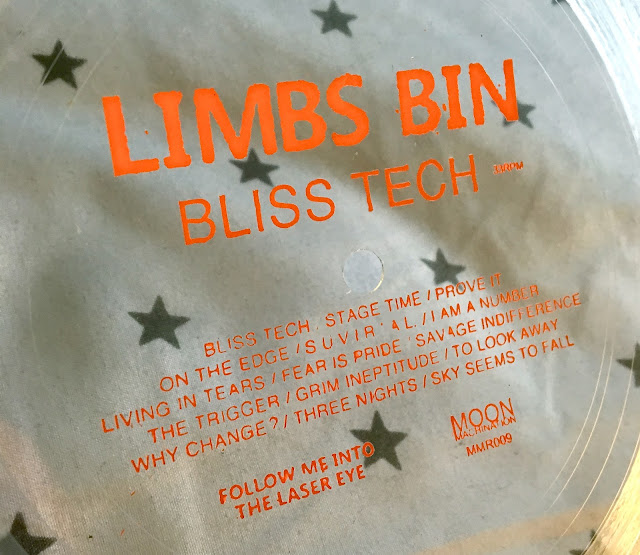 Copies of this can be purchased HERE!