The noisecore lordships themselves, my favorite band, Sedem Minut Strachu graced the USA this year on their first tour over the Pacific. Playing alongside fellow sound crushers like Final Exit, Six Brew Bantha, Space Grinder and Deche-Charge. Echoing their incredibly prolific year before this, 7MS have cemented their status as contemporary titans of noisecore. One of their strongest releases to date comes to us from American weirdo/punk label SPHC, which is a label I definitely trust when it comes to insanely bizarre noise and punk releases.  A full EP of new studio recordings, recorded on their Japan tour at Ryohei's (Final Exit) home studio. This is actually a test press version they sold on their portion of the American tour with Anal Butt. Limited to 45 copies, 33 RPM. 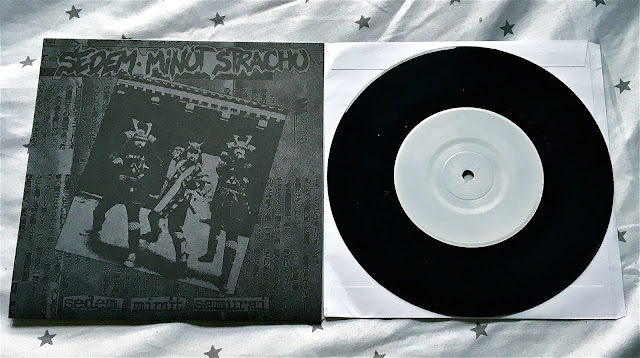 I'd say that this is one of 7MS's most punishing recordings to date. Ryohei did an excellent job of capturing and engineering their signature assault and boosting it tenfold. Both Rado and Richard are hard-panned into their respective channels, surrounding you in churning walls of bass distortion and free form, neanderthal vocals. Richard (right channel) seems to have a pitch shifter on his voice and his grunts never sounded more barbaric. Jan's drumming is one of the real highlights on this record. The snare is compressed perfectly and the hits are so bright and pangy, the kick drums sound monstrous, and the cymbals sound like a bunch of chains being wailed on. It's a challenging mix, but I can't get enough of it lately, it's been on repeat all week. The last 30 seconds or so actually feature Ryohei on drums, which is a fun little add on at the end. Seriously, "Sedem Minut Samurai" is a brutal, brutal EP. It's one of the best recordings I think 7MS has ever done. 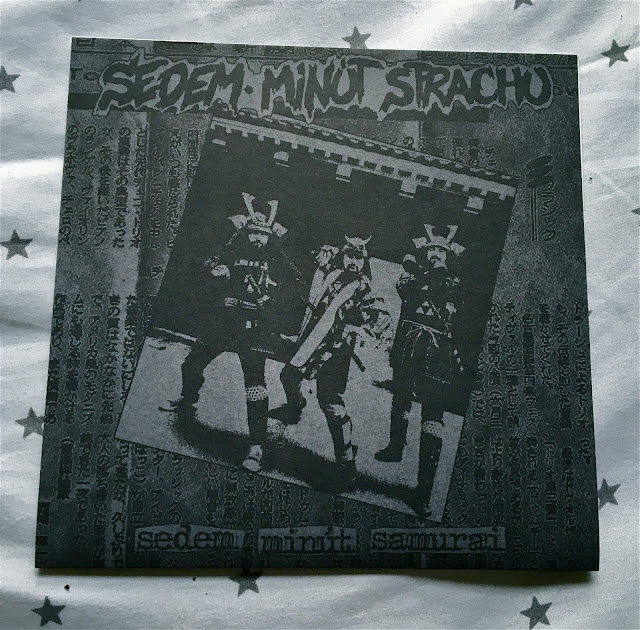 The test press is packaged in a simple fold-over sleeve with no inner art. White labels, and a double sided insert with the Japan and American tour dates. According to the SPHC website, this test press was actually rejected. Hopefully the pressing plant will make this incredible EP a priority soon and it will be available to the masses. 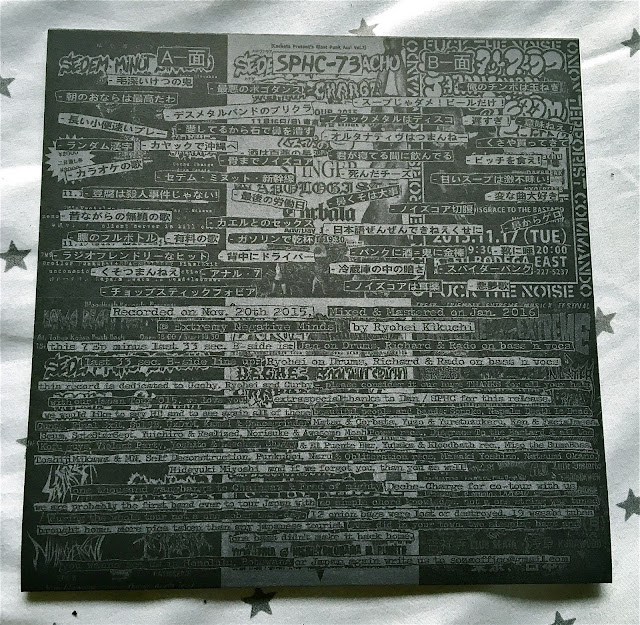 I actually got to perform on the Rochester, NY date of the tour. One of the real highlights of the year for me. 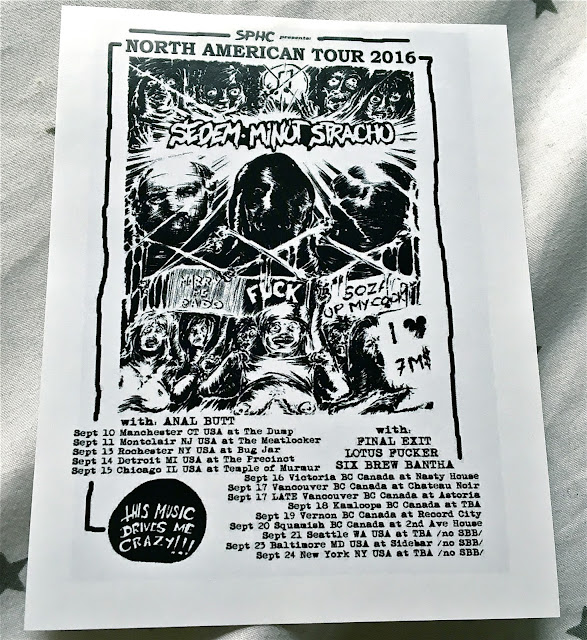 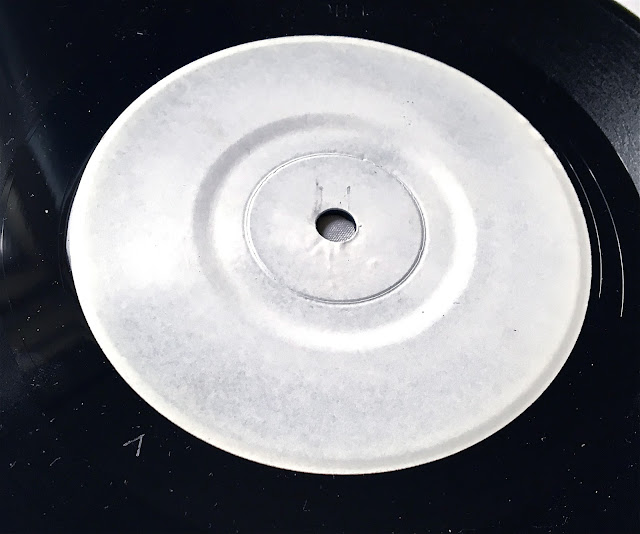 Until this EP is released officially, you can listen to the recordings HERE.