Gonna kick back on a harsh and frosty Upstate NY day and talk about another lil'ol Facepalm Death tape that Colton sent me a while back. This time it's a split with the almighty Napalm Death Is Dead! Another Japanese noise/shitcore band featuring the legend himself, Ucchy. But you, who reads this blog, should know that by now. Discogs says that this tape was released in a run of 125 by the Hotel Broslin label, however this looks pretty obviously like a redub/self bootleg. I'm fine with it regardless. 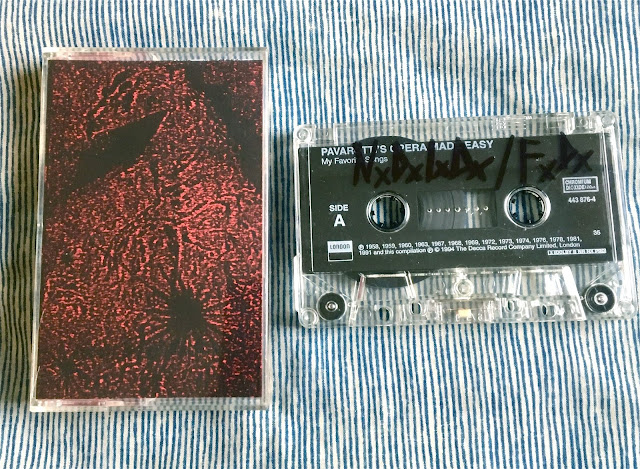 THANKFULLY Colton has decided to put both bands sides over this probably 45+ minute per side long Pavarotti tape (could you imagine rewinding this to the end just to hear the flip side?). NDID open this greasy trash up with a large chunk of hand clapping noises. A nice little nod to their fellow split mates. Also ingeniously, the claps also serve as the count in to the blow out bursts of bass noise. Hyper repetitive and not the least bit musical, but the recording still has different "movements" if you will, in classic NDID tradition. I always like to see how the band uses the microsong/noise burst formula, but manage to create wholly engaging and hypnotic pieces with the subtlest of changes. Enjoyably crappy in the best way, as I expect and adore. 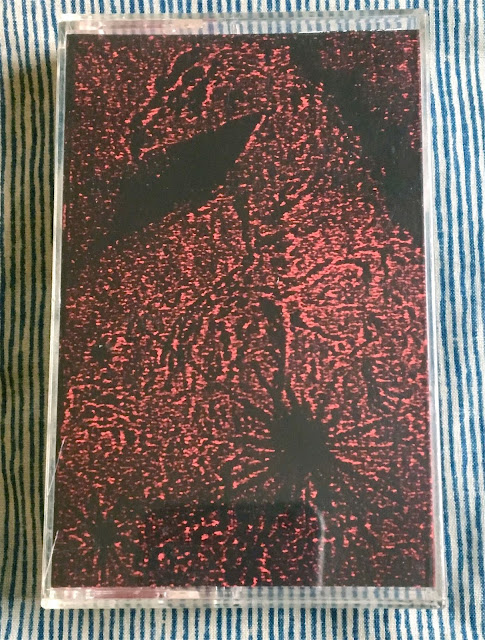 Another way for me to almost immediately get on board with a release is to put a picture of Godzilla on it. I love me some Kaiju. Anyway, Facepalm Death's side starts up as soon as Napalm Death Is Dead are finished. They do everything just so right by me, it's like the looked at all my personal check marks for what I want in a noisecore band. Ridiculous and mysterious samples from assuredly fucked up films only the deepest of freaks would watch, harsh cut-up tape edits, tough vocals, and an angry as fuck but still down to earth vibe about them. The editing and composing of this side is vicious; warp 2 drum machine blasts, going into harsh techno drums, gym whistles, electronics flipping out, toilet sound bass guitar. It's all there and it all flashes by in the blink of a ripped-off eyelid. I love it all! 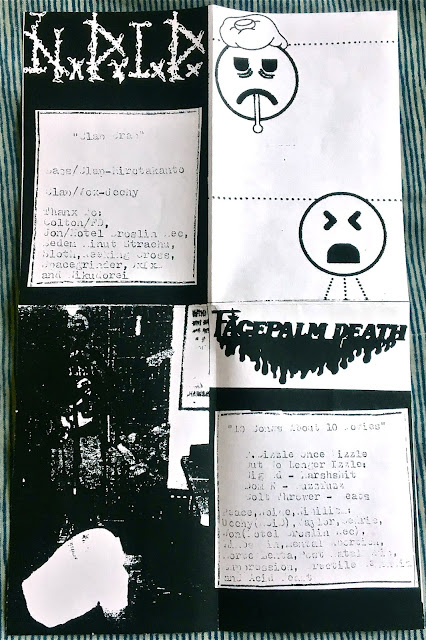 Nice little insert here giving you all the info you would or would not want. The dub job is also crisp and fantastic, so big shouts to Colton for the nice work. 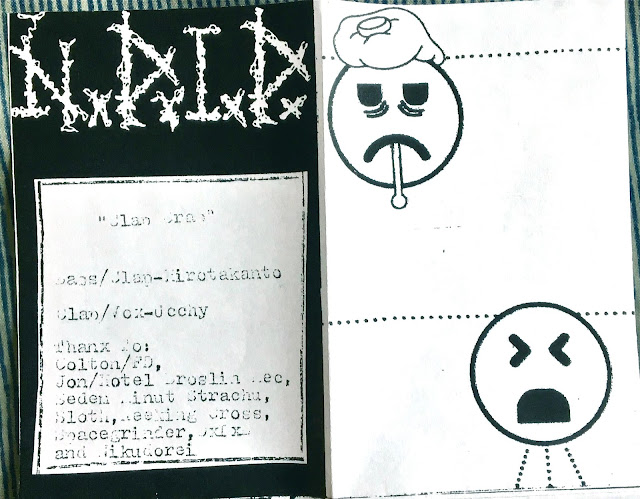 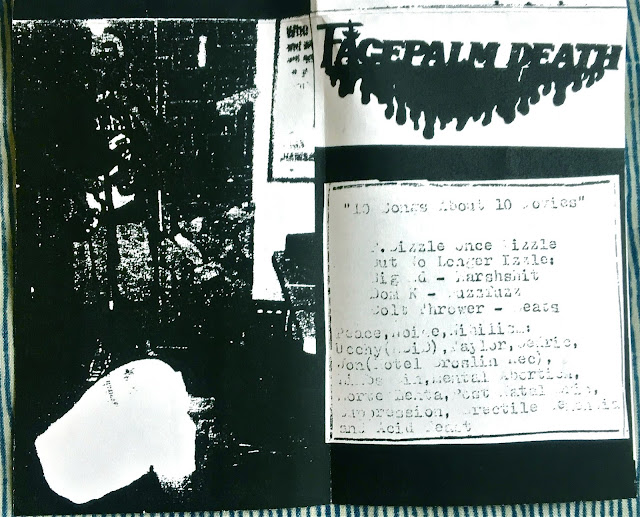 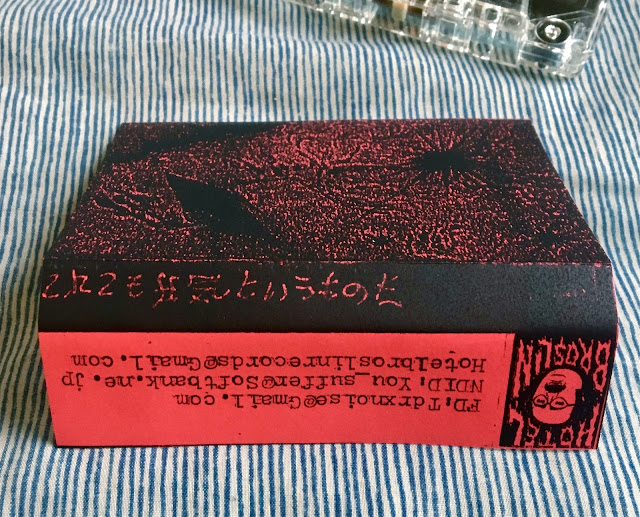