This tape was released for the little American tour stints that Cunts and Spacegrinder did with Penis Geyser in 2016. Released under the glorious Smash Music label, with that beautiful spine. I played a date with them on this tour in Syracuse with my old grindcore band. It was a magical night, truly exceptional memories for a life time. Never will I forget watching Spacegrinder pick up a folded up Razor scooter off the basement floor and scream into it like a microphone. I digress, this tape is awesome and I've been wanting to talk about it for a while. No idea how many copies of this were made, no more than 100 I'm sure. 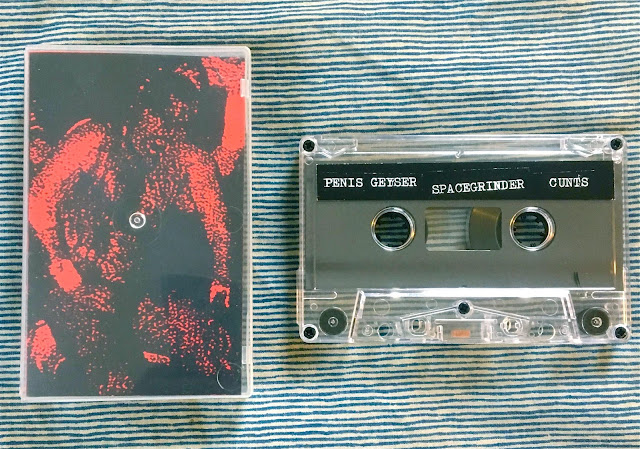 Up first is Penis Geyser, one of the greatest bands in the United States. The phrase "pure noisecore" gets thrown around a lot, but these really are guys are the real deal, and an incredibly important band to me. Fuck riffs, fuck fidelity, fuck proficient playing, this is noisecore! This recording is brutal, it's completely blown out and destructive. It sounds like the tape recorder they used for this was on it's dying legs. Brad's vocals are intense as fuck, when they actually come through all the noise. It's excellent, I actually forgot how good there part was until replaying it for this post. 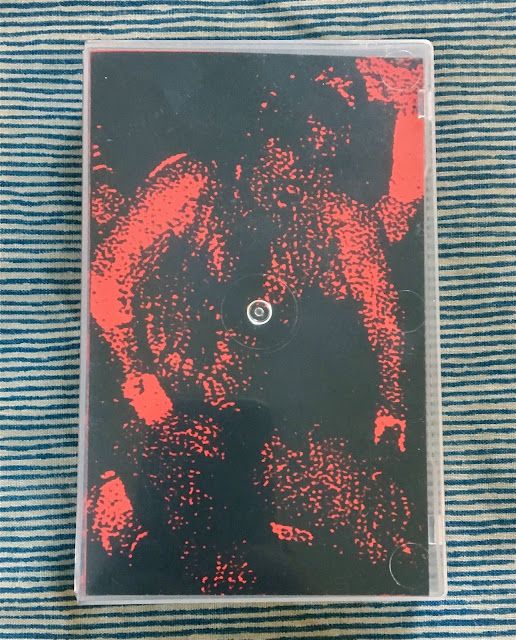 Spacegrinder, a name a lot of you are probably not familiar with, is adorned by one Japanese man who seems to continually have a rotating variety of guest members and genre styles. Everything from violent harsh noise to almost psychadelic free grindcore, which is what this recording sort of leans too. It's a lo-fi but still relatively clean free grind jam, with a constant stream of changing riffs and tempos. There's a ton of slow and sludgy parts, which honestly kill a lot of momentum this tape had until this point. Maybe I need to do heavy drugs to get this one more. Not my favorite part of the split, but still an interesting one. 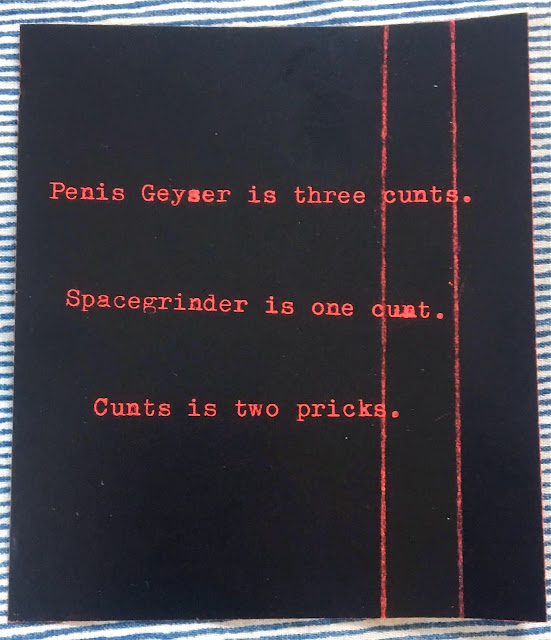 Closing out the tape is the almighty Cunts, one of my very favorite noisecore bands who never let me down. Their recording is fucking incredible, it's just 1-2-3-GO! The feedback on Ucchy's vocals is blazingly hot, some parts of this recording are pretty painful to listen to if you're wearing headphones. Which I'll chalk up as a compliment in this context. I'm fascinated how this band manages to make such violent and claustrophobic recordings, yet still have such an amazingly fun and driving punch. The drumming is masterful, perfectly knowing when to build up, drop into blasts, and create fist waving pogo beats seamlessly. I could listen to this band for days, just amazing!!!! 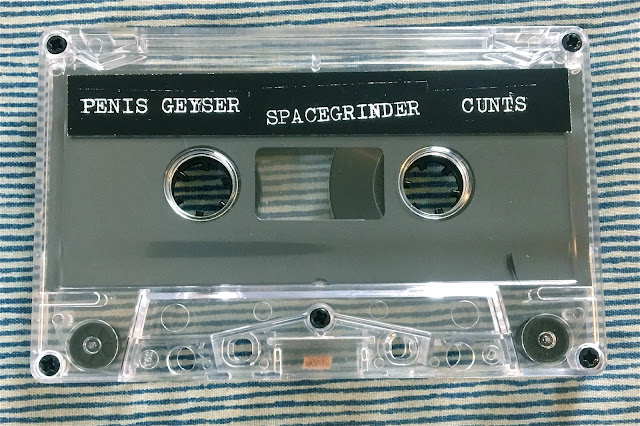 The dub is excellent, as is to be expected with Smash Music. 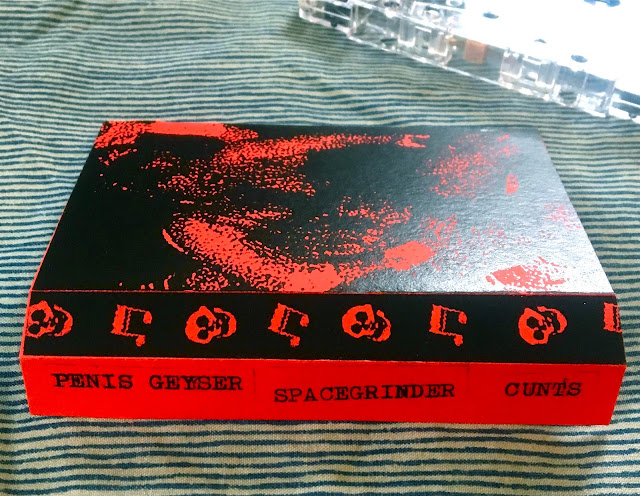 I'm not sure how you're going to find this tape besides Discogs or your really cool friend. The Smash Music webstore has been down for a minute so scour away!