Bathing In The Excrement That Is Your Contrarian Opinion

This is a nice and rowdy split from a couple of super sick bands that always bring a walloping amount of pure grind fury. Indiana's own Flvx Capacitor and one of Lima, OH's nastiest bands, Landfill. Released on these sick orange tapes by Riotous Outburst Records, limited to something like 200 I think!

Flvx Capacitor are up first, serving up 9 new tracks of warp speed grindcore, plus a cover of Extreme Noise Terror's "Deceived". This side is awesome, and some of the shortest and most urgent sounding songs the Flvx has made so far. I think Chris told me that the riffs were written over improvised blasting that was recorded earlier in time. This band has riffs for days, both familiar and more modern sounding, but without sounding techy. Basically these three just know what the fuck their doing when it comes to grindcore. The very high quality recording is also top notch, everything sounds powerful and clear, though their is a noticeable drop in volume and umf on the "Deceived" cover. Great side overall though, just vicious!! 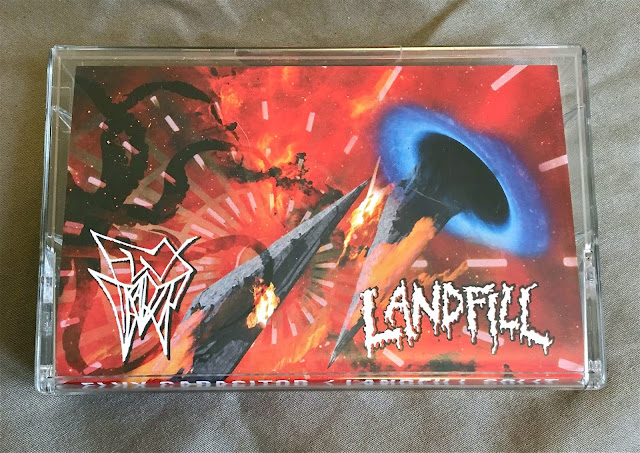 If you haven't heard Landfill yet, you're most definitely fucking up hard. Spearheaded by Will Otler (Methlab Explosion/Faction Disaster/Hot Babes/etc.), Landfill has been one of my favorite projects of his yet. Their side is completely disgusting, brutal grindcore with all the fixings you would need. Deep, gurgled vocals, thick down tuned guitars, a pingy snare, and head-to-concrete riffs. Like the Flvx side though, after track 3 it sounds like a totally different recording, way more raw. Landfill is a somewhat swirling ensemble of members, so this is nothing really new or problematic. No matter what Landfill is always brutal and I dig all of this. 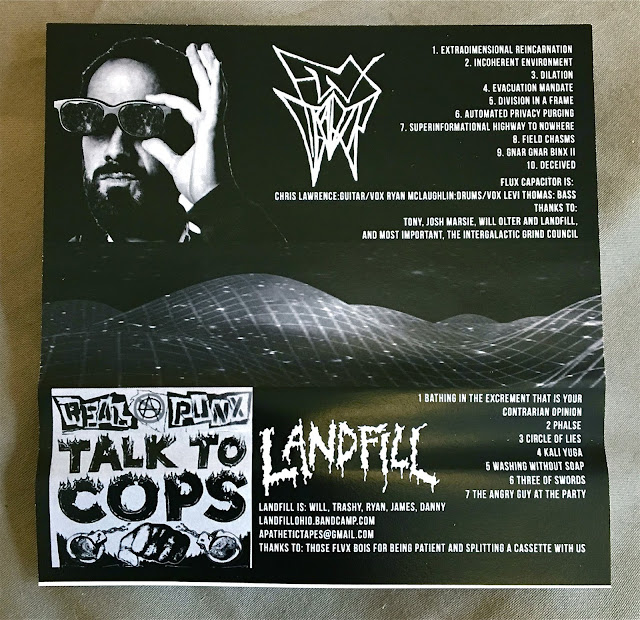 This is a nice looking DIY tape, I adore the orange cassette shell. My copy got just the taddest bit fuzzy in the dubbing I think. The cymbals kinda have that washed out sound. However when you're doing 200 tapes on your own it's pretty dang forgivable. 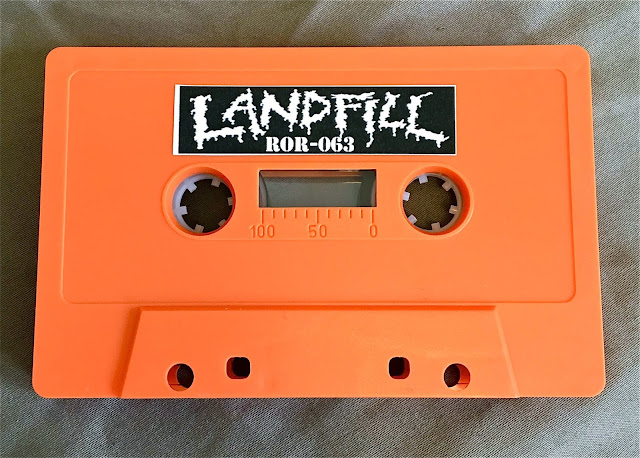 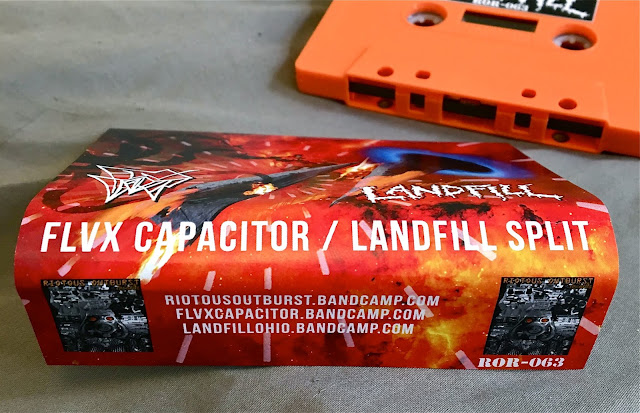 This is a sick little split, you should definitely give it some ear time. Both these bands are definitely putting out stuff you should own , what are you even doing??