HOT FIRE TAPE ALERT! Fuck, I really really wish I had picked up this cassette sooner. This thing was recorded in 2016 and I only just caught on thanks to some friendly hype from some trusted peers. I picked up this Suh Minutes of Dude tape from a recent order from Acid Redux Productions, who also released it. Released on a pro tape, my copy is obviously on a green cassette, limited to 60 copies. 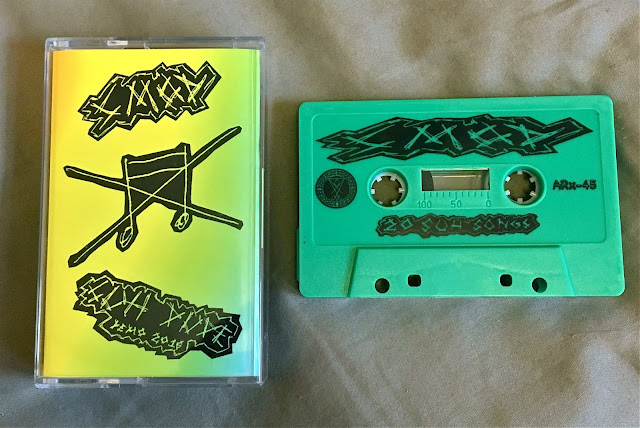 So, great band name right?? Meme status aside, it's a brilliantly humorous take on the classic 7MON name. The name is honestly probably what kept me away from buying it for so long, cause on the surface this looks like it would be an enjoyable, but overall standard, stupid as hell noisecore tape. Boy oh boy is that not the case here. Noisecore; absolutely, but this is some of the most pulverizing shit I've heard in a minute. An international quartet/supergroup of heads in the scene, though I'm not exactly sure who. The only name I recognize in the credits is Rado, who I'm just gonna assume is the same Rado from 7M$. 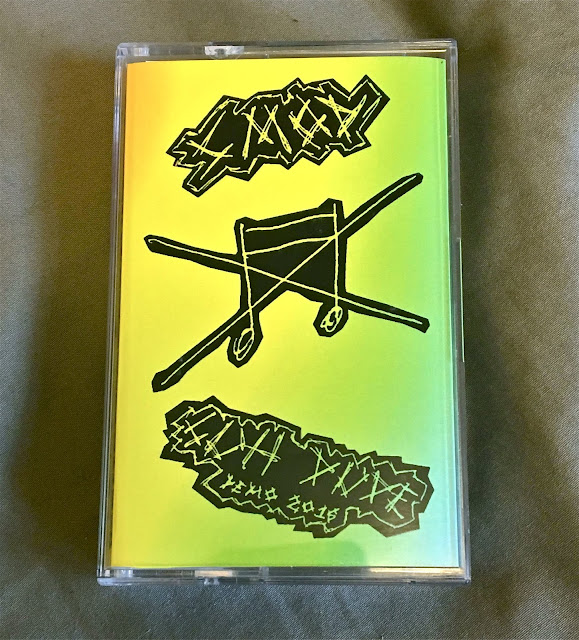 Basically what you get here is 20 tracks in almost 10 minutes of some of the most legit and hard slapping Fear of God worship I've probably ever heard. Right down to the unchanging "Peeeaoohhhhh" growl vocals. The recording is perfect. Hard panned, dual bass assault with avalanche heavy drumming. Everything is basically low end, but with a nice amount of trebly crunch on the basses. There is some semblance of riffs that pop up occasionally, but mostly it's just noise. This is just crazy, chaotic, knuckle dragging noisecore to the max, it's incredibly aggressive and honestly makes me wanna throw objects at walls.. There's even a burp or two that they keep in. This session could go on for 3 times as long and I would enjoy every second of it. My roommate said a funny thing in regards to this. I'm paraphrasing but it was like, "You have that kind of life where you say things like "Dude, Suh Minutes of Dude is an awesome band." 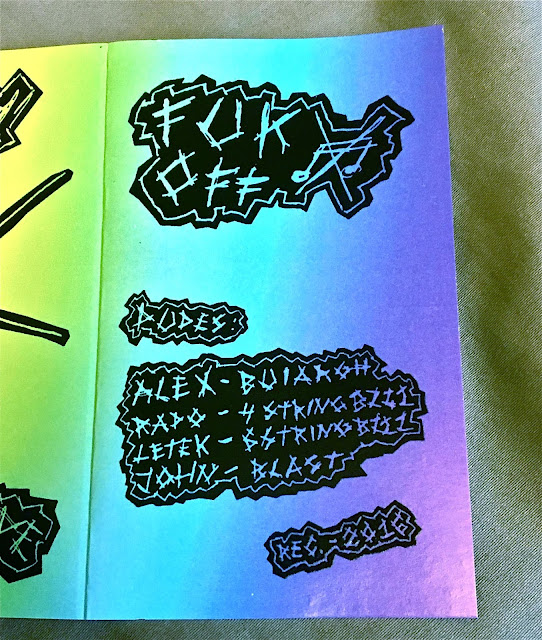 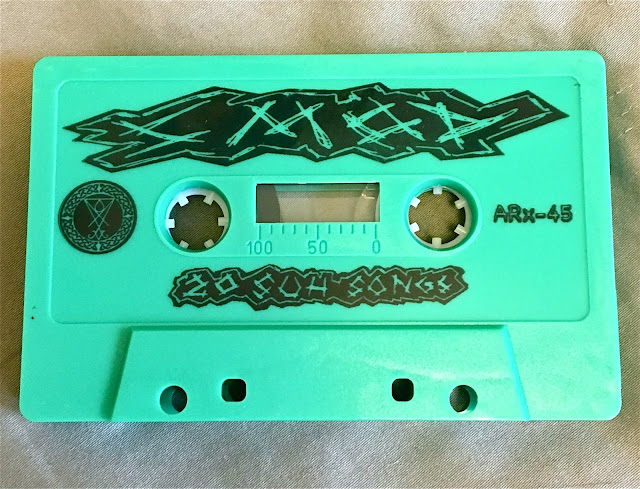 Pro tape means pro volume levels, and this tape sounds destructive! Very smart to have the full recording on both sides too. With my new auto-reverse cassette deck I can just let this shit play over and over. 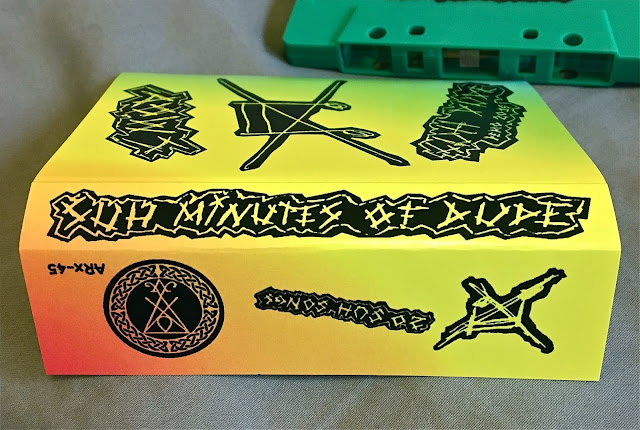 There are still copies of this available from the label, so you know what to do. This gets an incredibly high recommendation.