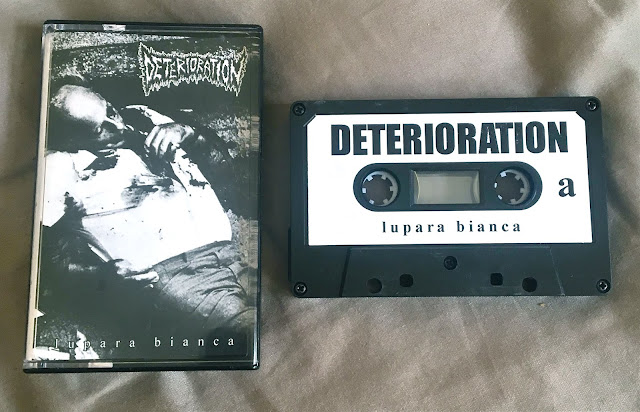 This thing sold out almost as soon as it went up. I got mine from Acid Redux Productions, who were thankfully stocking a few copies. This definitely ranks as one of my favorite Deterioration releases so far. Great, heavy recording, super tight and catchy riffs and drum syncopation, good flow from track to track, and a good chunk of song writing variety. The ending to the last song, "I'm Actually Wearing A Lot Of Explosives Right Now" is one of the most intense bits of grindcore this year, totally unrelenting. I definitely have found myself returning to this tape a lot out of all the Deterioration releases I own, and will probably be on my favorites of 2018 list. These guys just can't stop! 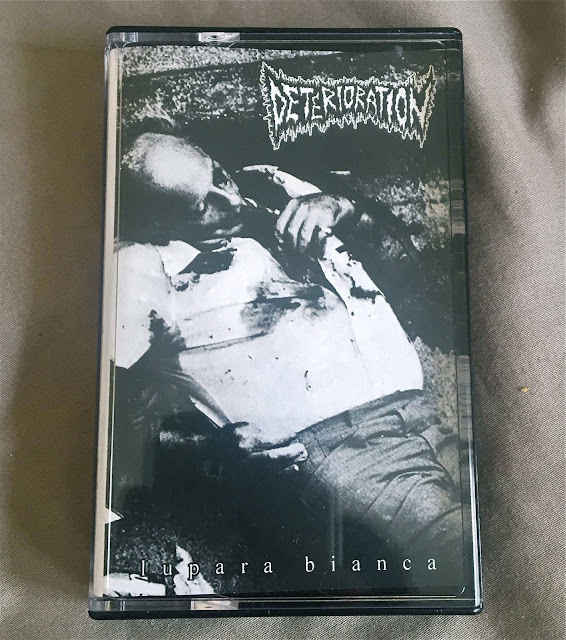 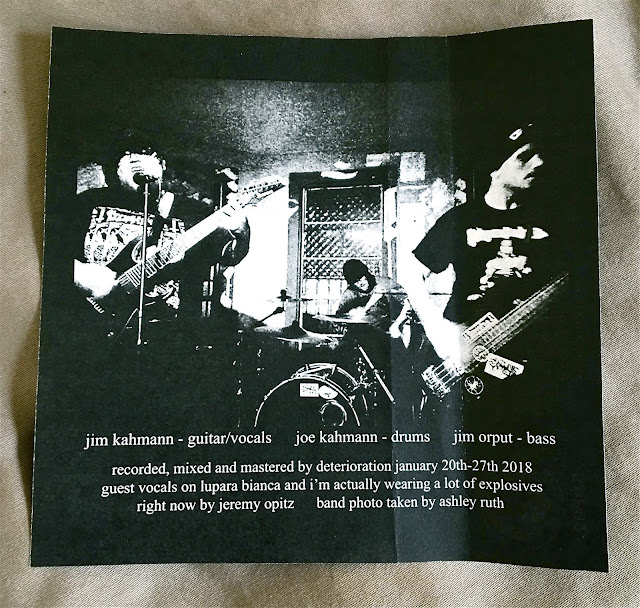 Got a nice, to the point layout without anything flashy in the packaging. The jcard feels like its made of photocopy paper. Great sounding cassette though, undoubtably a professional dub job. 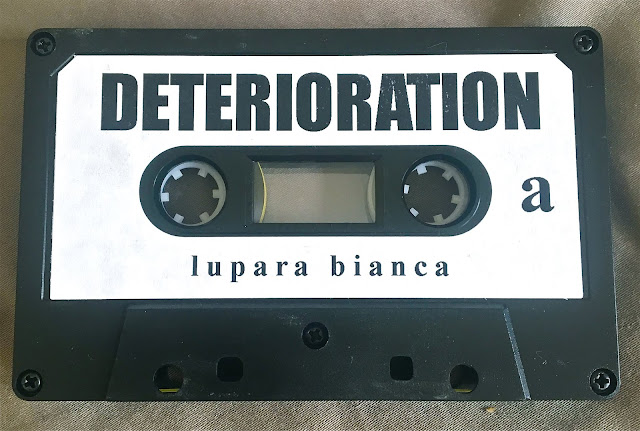 Maybe one of the best/dumbest spine fonts I've seen. You don't see many bands fuck with all lower case Times New Roman. The only thing that would have made it more extreme is Comic Sans. 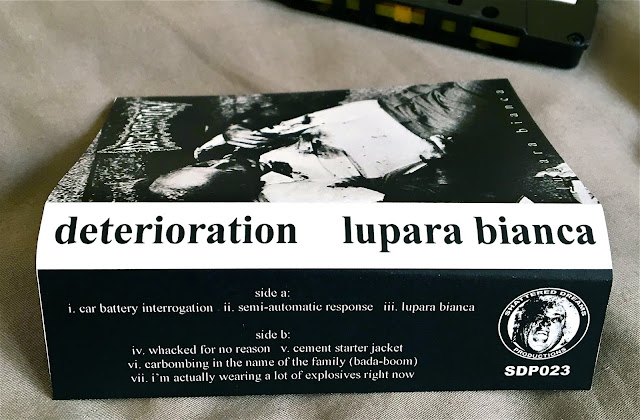 Great EP from one of the best American grindcore bands. I hear that this is supposed to come out on a 7" too at some point, so if you missed out on the CD, cassette, or 8-track, keep an eye out for that.