My local shop recently got a bunch of old-school hardcore, punk, grind, powerviolence records. Some really good stuff for really good prices (all of these were payed with tip-money). Here's the recent score, starting with one of the best of the bunch; the Dropdead/Totalitar split, released on Prank records in 2002. 45 rpm, grey vinyl. 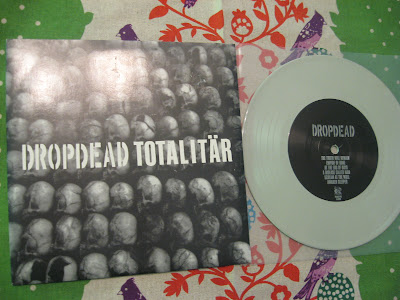 The Dropdead side is awesome. 5 blazingly fast tracks of pure powerviolence. Recorded at Godcity studios too, which is never a bad thing! I could honestly give two shits and a fuck about Totalitar. It's crust, it's boring, give me 5 more Dropdead tracks!! Comes with a glossy 2-sided insert with lyrics. No dust sleeve for the record. Why... 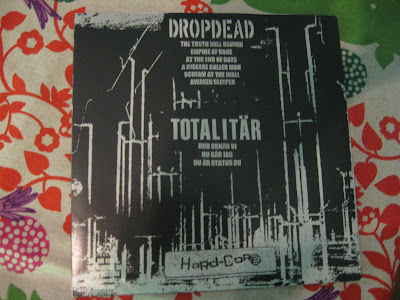 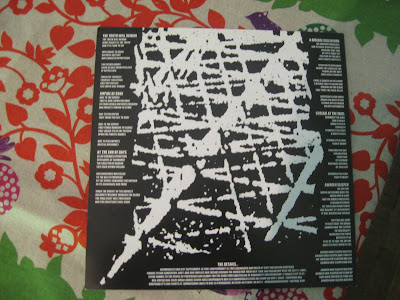 Next up is a rather silly split between Benumb and James Best, or Roscoe P. Coltrane from the Dukes of Hazard TV show singing about his dog. It's pretty ridiculous, but it's Benumb, so I had to pick it up. The Benumb side is 3 untitled track of heavy, heavy powerviolence. 33 1/3 RPM, black vinyl, released on the legendary Slap-a-Ham label (super happy to get some of their releases in my collection). 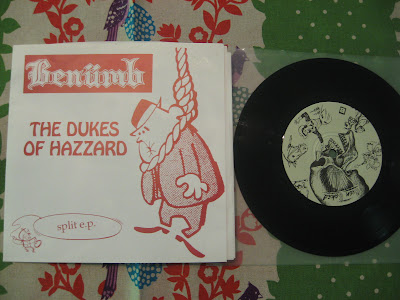 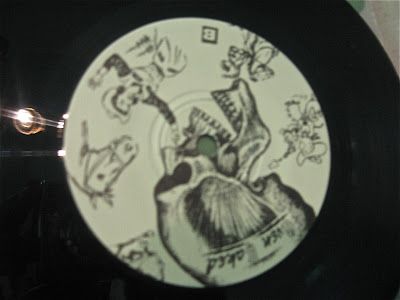 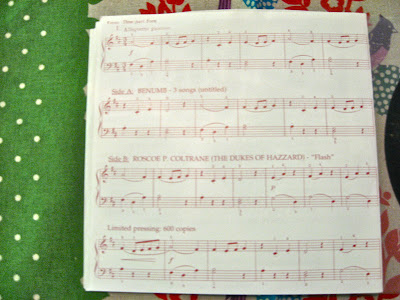 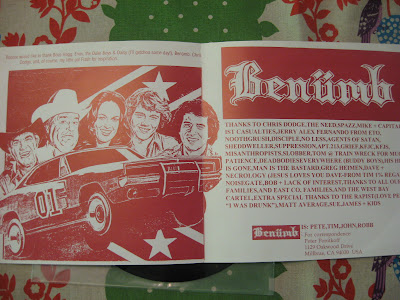 Next up is a split between Capitalist Casualties and a german band called Stack released on Six Weeks records. This is my first CC purchase and I'm kicking myself for not getting wise them earlier. 3 tracks from each band, both sides are pretty equal in terms of quality. 45 RPM, black vinyl, nice fold out cover with an insert talking about something. Lyrics included. 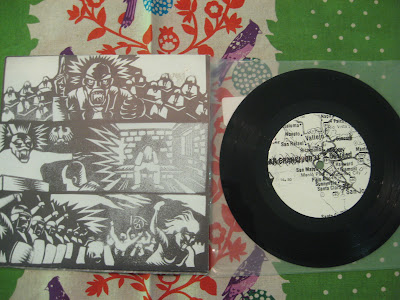 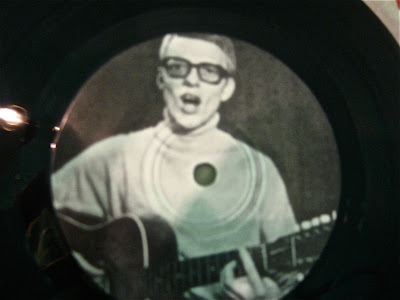 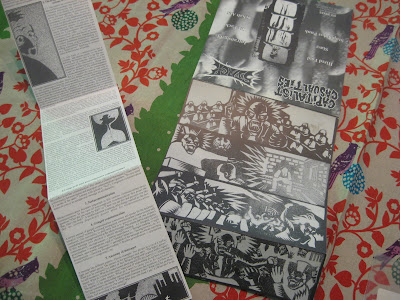 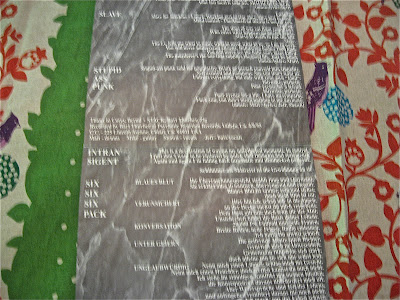 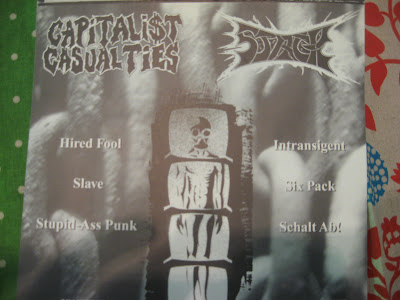 I was super happy to find this, a split single between The Get Up Kids and the unfairly good Coalesce. Released on Second Nature Recordings, 45 RPM, black vinyl. This thing has apparently been repressed 14 times, so I'm not exactly sure which pressing I have. What we have here is each band covering one of the other bands songs. Not so big on that whole shtick, but I'm always glad to get more Coalesce. The Get Up Kids are sorta melodic emo/punk stuff. Pass. 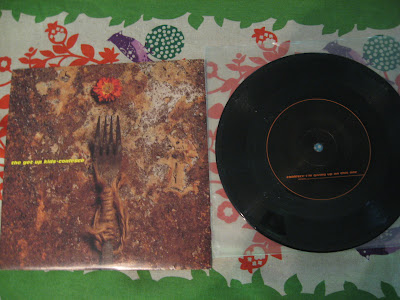 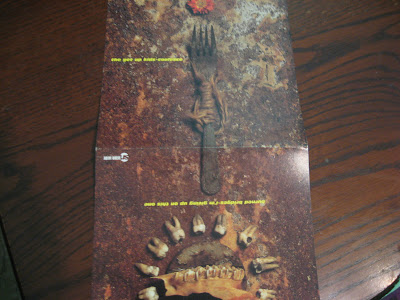 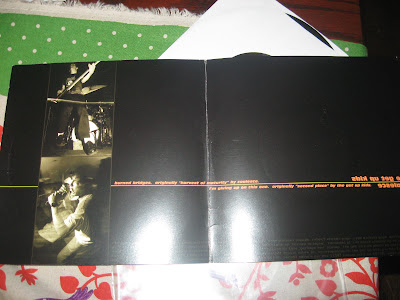 And last, we have Fugazi's legendary "3 Songs" EP. Released in 1990 on Dischord Records, 45 RPM, black vinyl, lyrics printed on the back. I love this record! "Song Number One" is so catchy and groovy, "Joe No. One" is this really laid back instrumental that exploded into "Break In", it's short and oh so sweet. There's a real ugly tear in the center of the sleeve, but no real biggy. 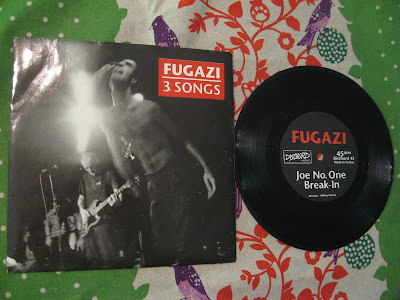 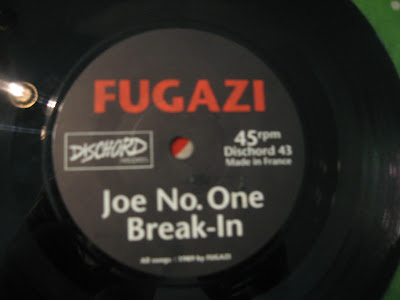 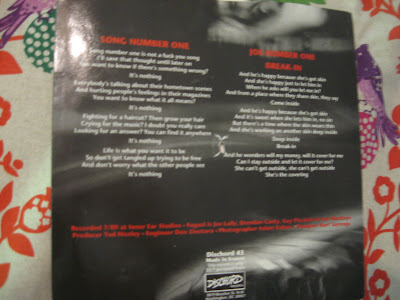