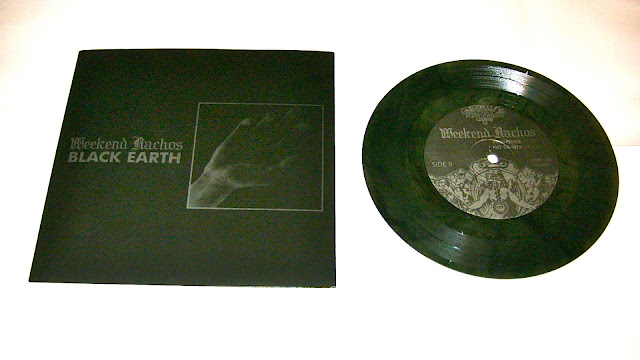 They recently re-pressed this, so I figured I should get the 1st pressing while it's still floating around. At the time of it's release, this was somewhat of a promo for their upcoming full-lenght, "Worthless". The A-side features 2 songs that would be featured on the album, and the B-side has a rerecording of "Priorities", which was featured on "This Comp. Kills Fascists Vol. 1", and an exclusive track entitled "No Saints". That being the case, nowadays there is no real reason to pick this up unless you're a hardcore fan of the band. The un-exclusive tracks definitely do have an apparent difference in the recording, and I do dig the boost in the bass guitar on these songs. "No Saints" is also a beast of a track, maybe one of the heaviest the band has written. Overall I'm glad I picked it up, I dig it. 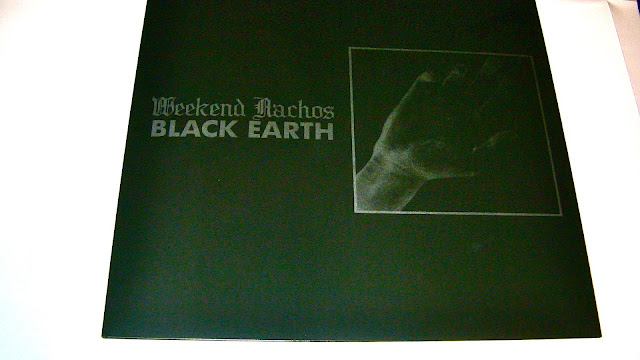 Glued sleeve with rather uninteresting artwork, however gloomy it may be. 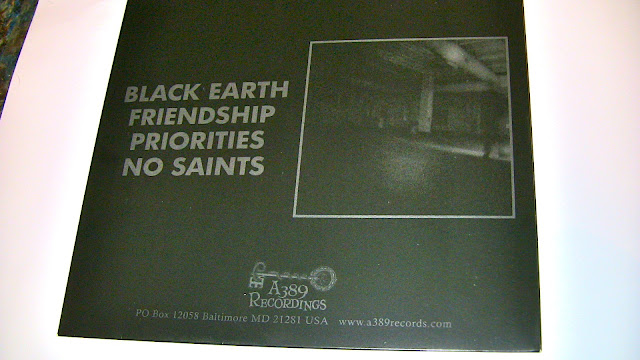 I'm also a fan of the goofy pictures they use on their inserts nowadays. It's a nice contrast to their other dark imagery. 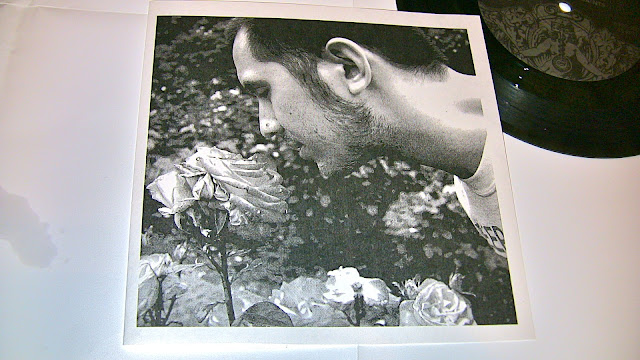 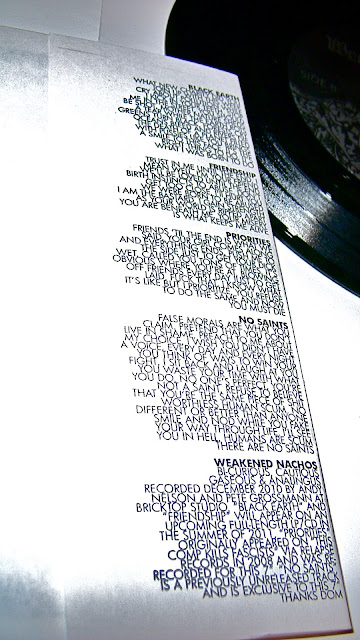 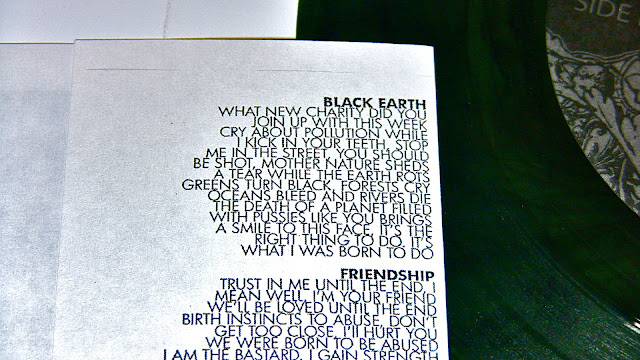 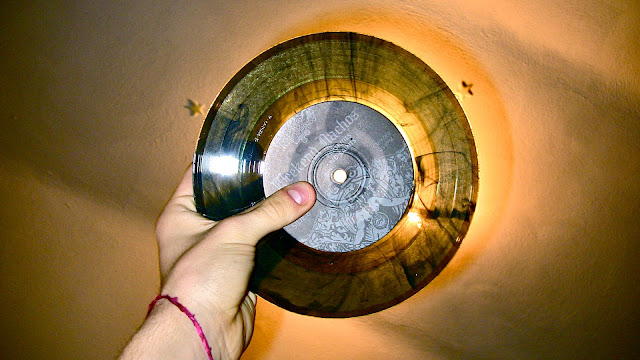 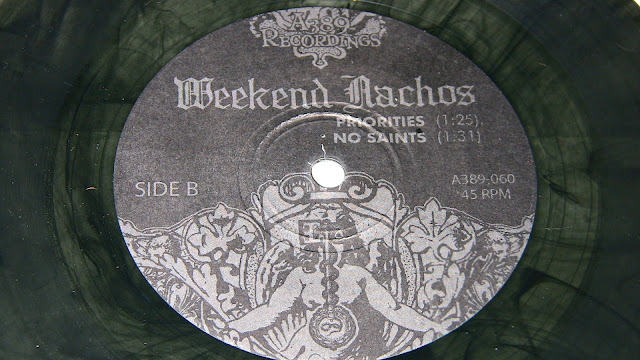 Expect a few more Weekend Nachos posts in the next few days.