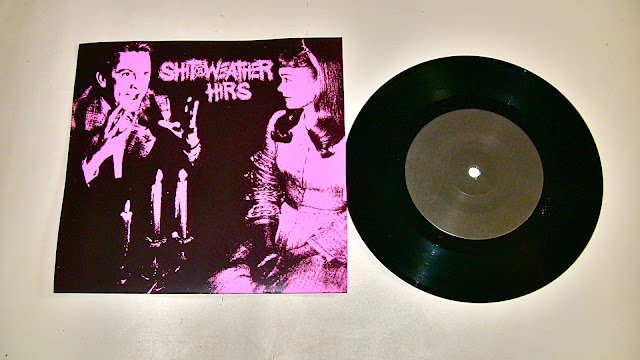 Originally, this was going to be a flexi disc. But thankfully, it was upgraded to a solid vinyl record thanks to some help from One Brick Today records. Shitweather are first, dishing out 3 tracks of grimy, distorted, raw grindviolence. If you liked their demo tape, you should dig these tracks. It's very chaotic sounding stuff, everything is just covered in distortion. The +HIRS+ tracks are pretty sweet; very short songs with good riffs and some nice occasional groove. I'd say that the Shitweater "side" sticks with me more, but probably because it lasts longer. Good split overall though. 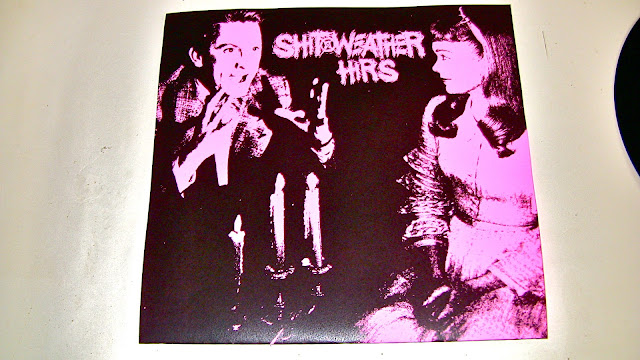 Pretty simple packaging, and mine's printed on pink paper. I've seen others on white, and I'm not sure how many were printed on either colors/ 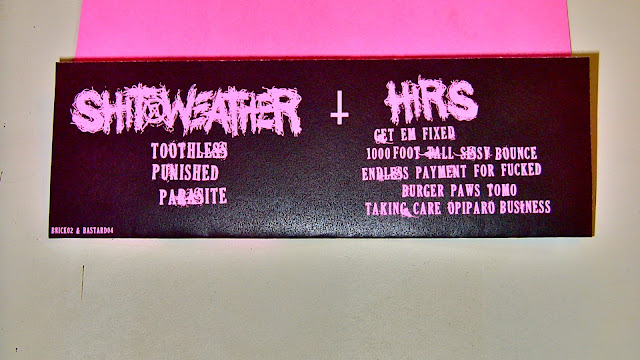 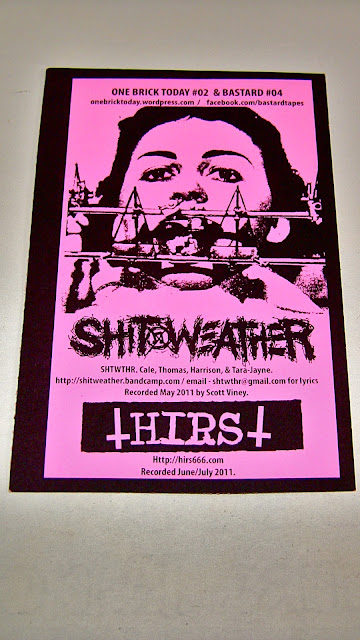 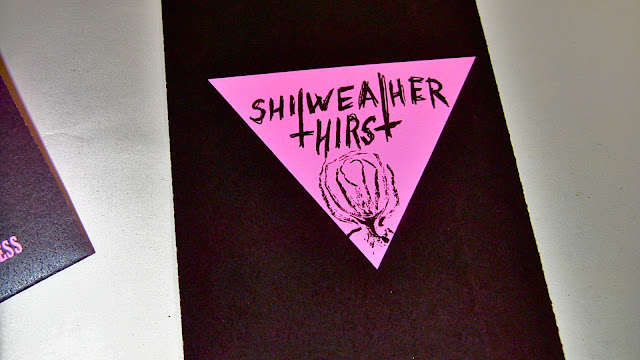 Next is a compilation tape called "Gaytheism", also limited to 150 copies. There was no real reason for me to get this other than the fact that I made the choice to get every +HIRS+ release. This compiles their first 69 tracks (oooh, I get it), and has one exclusive track. Nice presentation overall, but atrociously bad dubbing. Piss poor job. I like the artwork though. 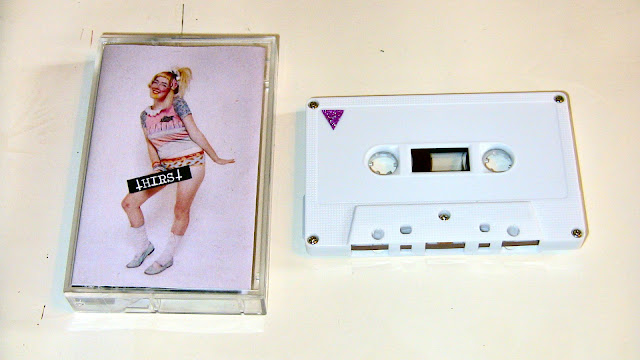 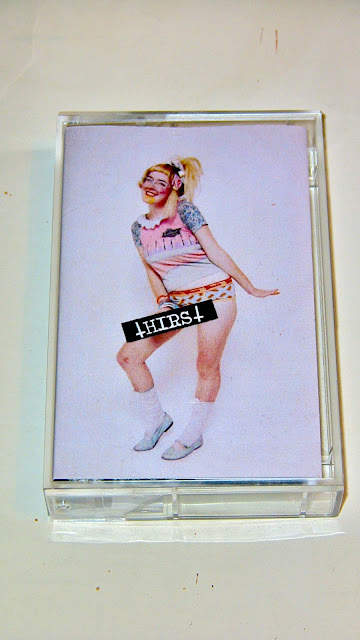 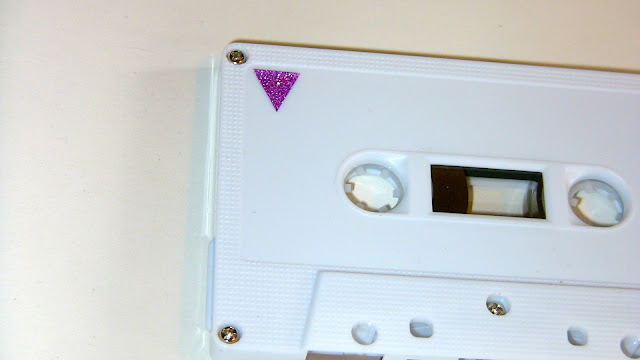 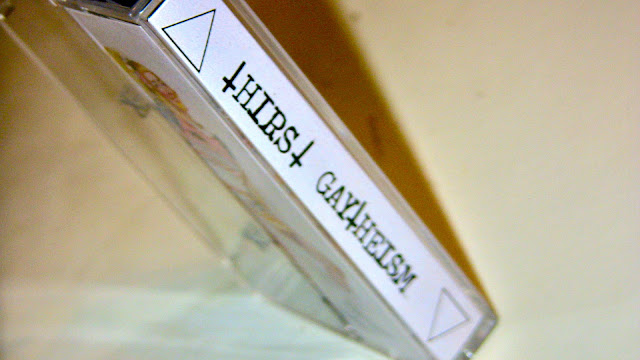 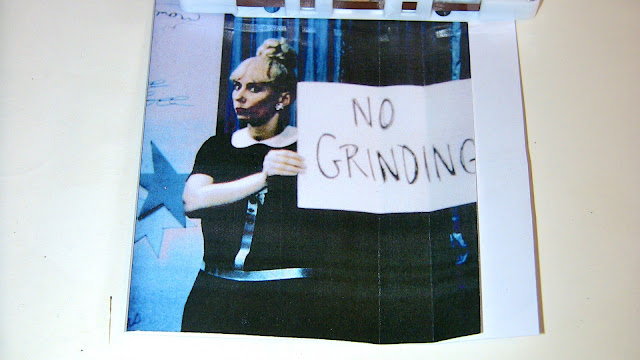 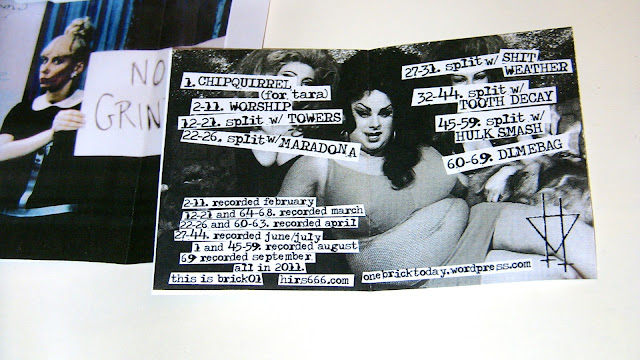 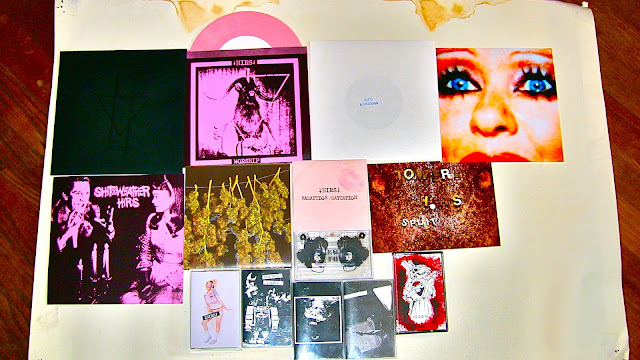